With six months left until the beginning of Rugby World Cup 2019 in Japan, this press tour went to see the preparations being made in Oita Prefecture to welcome rugby fans from around the world. Five journalists participated, from China, France, Italy, and the UK. This tour provided the opportunity to tell people overseas about the attractions of Oita Prefecture which rugby fans will be able to enjoy during the World Cup, including hot springs and local cuisine. 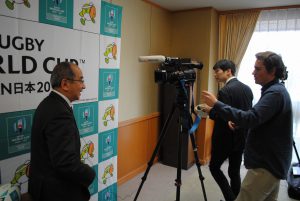 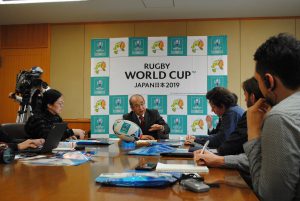 Governor Hirose said how he hoped to use RWC2019 as an opportunity to promote Oita’s tourist attractions overseas, such as its hot springs and food, and in particular was hoping to bring in more tourists from areas with strong rugby teams, such as Europe and Oceania. Journalists asked questions such as why Oita Prefecture was chosen as a venue, and what preparations had been done to welcome more than 200,000 spectators. When a video journalist asked about entering hot springs with tattoos, the governor responded to the camera, saying, “Being able to deepen mutual understanding over cultural differences is one of the attractions of hosting an international competition.

【Photos from the Tour】

*For details on the tour, please see the tour notice. 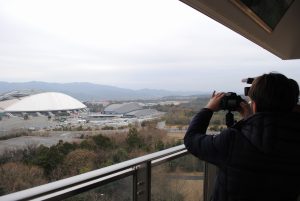 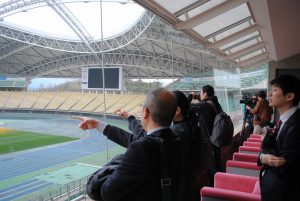 At the Oita Bank Dome at Oita Sports Park, the tour heard an explanation from a prefectural official about safety measures to be taken during RWC2019, and heard from a local volunteer about their feelings on the competition. Afterwards, the tour saw the stands, the VIP room, and the locker room, as well as a martial arts hall that was nearly finished construction.

[ People with Tattoos and Hot Springs ] 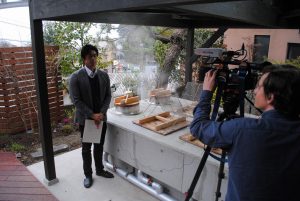 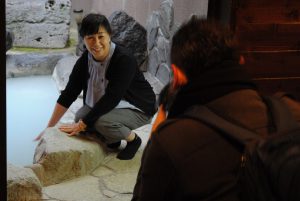 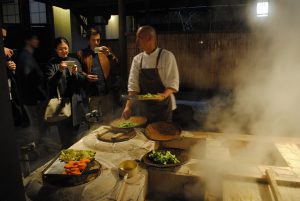 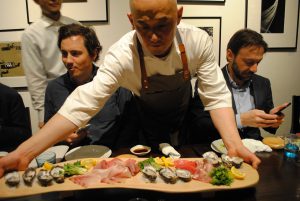 From the owner-chef of Otto e Sette Oita, the tour heard about Jigoku-mushi (hell steaming), a cooking method using hot springs, and about ingredients from two of the stops on the second day of the tour (Yoko Tuna Bungo tuna and Kunisaki Oysters), and ate a meal using them. An Oita Prefecture official explained about the diversity of food in Oita, giving detailed information on the geographical and historical reasons for this diversity. A journalist from Italy said that wine, cheese, and olives made in Oita were comparable to those made in the Mediterranean. 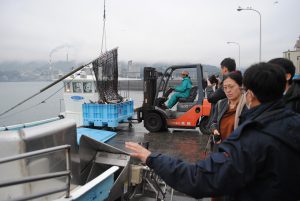 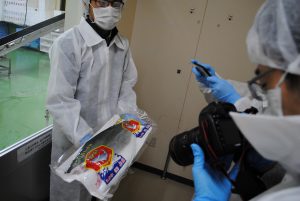 At Hyoshoku, a pioneer in farming yellowtail and the first to farm bluefin tuna using their unique method, which they have branded as Yoko Tuna Bungo tuna, the tour was able to see yellowtail being brought in and the processing plant, which has international certification for quality control. The tour heard about how the company exports yellowtail overseas to countries such as Germany, Spain, the UK, and the US, and about its efforts to promote eating yellowtail, which is not well-known outside Japan. Journalists asked about the possibility of exporting farmed tuna to China, and the company’s hopes for the Japan-EU Economic Partnership Agreement. 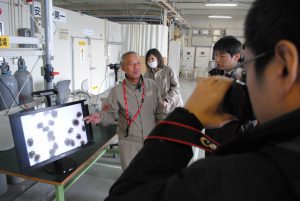 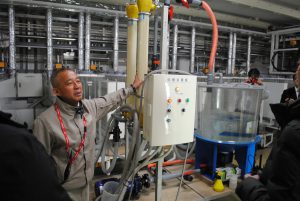 After hearing about Kunisaki Oyster from a Kunisaki City official and Yanmar Co., Ltd. staff, the tour visited the seeding facility. The tour heard about how Yanmar’s technology was being used to develop a sustainable seafood industry, the thorough quality control, and the secret to the oysters’ deliciousness. 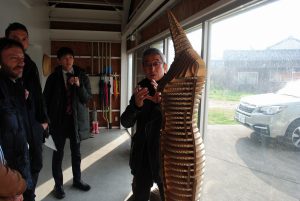 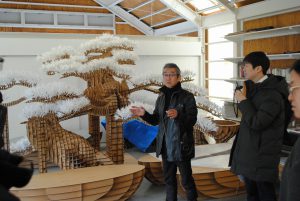 The tour visited the workshop of Kunisaki Time, Inc., located in a valley on the Kunisaki Peninsula. The company makes cardboard crafts and mannequin displays, and has implemented three days off per week as part of a creative working style. Mr. Matsuoka, the company’s president, spoke about how products could be made even outside a big city, and commented on how they had delivered products to Saks Fifth Avenue and Google’s head office. The tour also heard about the Oimatsu, a three-dimensional noh backdrop which was used in the Bungo no Kuni Funai Shin Noh performance.