A press tour was held to Ibaraki Prefecture, where the G20 Ministerial Meeting on Trade and the Digital Economy will be held in Tsukuba, Ibaraki in June 2019, in order to promote the appeal of Ibaraki worldwide. A total of six journalists participated in this tour, from media located in China, India, South Korea, and Taiwan. The tour covered various initiatives started in Ibaraki that revolutionized agriculture in Japan, and the attractions of Ibaraki, one of the top agricultural prefectures in the country.

With the average age of agricultural workers increasing, the labor shortage, the tendency towards large-scale agriculture due to farmland consolidation, and the increased participation of women in agriculture, the conditions for agriculture in Japan has been changing. The journalists visited the research institute of Iseki & Co., Ltd., one of the top three Japanese manufacturers of agricultural equipment, and learned about the company’s efforts to adapt to these changing conditions, including cutting-edge smart agriculture using robotics and ICT, and the development of agricultural equipment incorporating the perspectives of women working in agriculture. The tour saw a demonstration of a robot tractor operating by remote control, driving, turning, and tilling the field, and journalists also had a chance to ride the tractor. The journalists asked questions about sales of the driverless tractors, how long it took to learn how to operate one, and the possibility of making them completely automated. 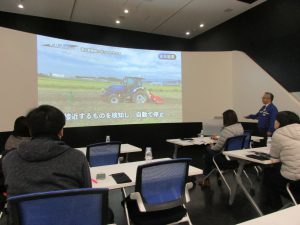 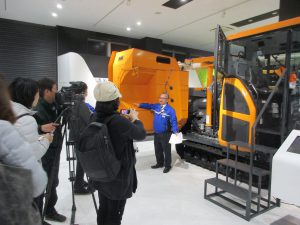 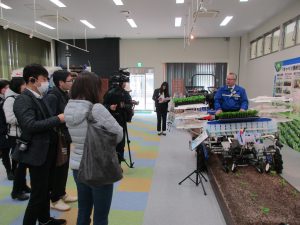 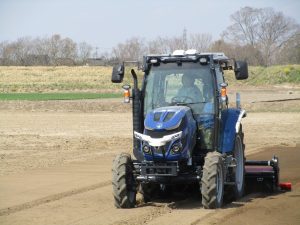 In the 1990s, when farmers were suffering from the low market prices for agricultural products, the Mizuho-no-Muraichiba farmers market introduced a revolutionary system of having farmers decide themselves what products would cost. Mizuho-no-Muraichiba grew popular with this unique system, with annual sales of approximately 600 million yen. President Hisao Hasegawa explained his philosophy to the journalists: “It makes no sense that the primary producers have the least say in determining prices. I believe this is an issue outside of Japan as well… Instead of competing to lower the cost, we must compete on quality under a set of rules.” The journalists asked questions such as why determining the price while ignoring the market principle of supply and demand still worked, the difference between Mizuho-no-Muraichiba and other farmers markets, and the quality insurance system in place in order to protect the integrity of the brand. 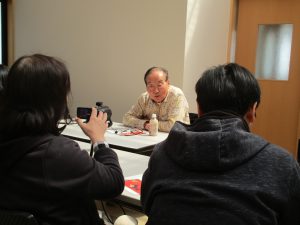 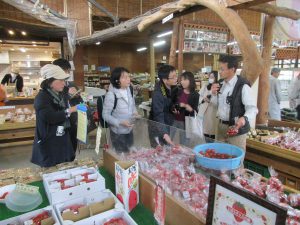 Tsukuba Student Nogyo (Agriculture) Helper is a student group at the University of Tsukuba whose members work as paid volunteers at local farms the group has contracted with when the farms need extra help. The tour learned about Tsukuba Student Nogyo Helper at Ishida Farm, one of the farms they help. The president of the group, a current student, explained, “What is unique is that instead of a fun farm ‘experience,’ we are able to experience actual agricultural work.” The journalists asked questions about the system for contracting helpers, and about the impact that helping with agricultural work had on students. In addition to meeting with the head of one of the farms contracting with the student helpers, the tour also met with and asked many questions of a former member of the group who remained in Tsukuba after graduation and began working in agriculture. 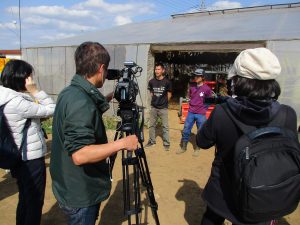 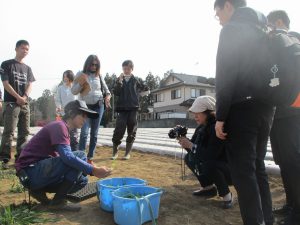 The tour visited Asaichiban, a natto (fermented soybeans) manufacturer located in Tsuchiura, and in addition seeing the natto production plant learned about Mamenoka, natto which was developed to be less sticky than normal to appeal to foreign markets in a collaboration between the prefectural government and natto manufacturers in Ibaraki. After a Q&A session involving how Mamenoka was made and how its sales were, the journalists tried a number of dishes using Mamenoka, such as canapés, okonomiyaki, and even ice cream. Although it was the first time one of the journalists had ever eaten natto in her life, most of the journalists mentioned how delicious it was. 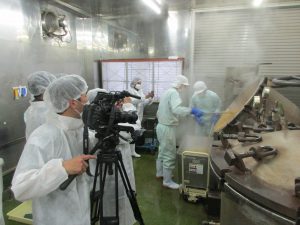 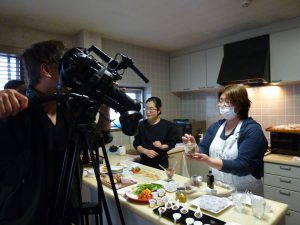 The tour visited Murata’s Family Farm, which produces some of the highest quality strawberries in Japan, and has seven technical interns from Indonesia working there. The journalists saw a morning meeting, where the entire staff including the technical interns confirms the day’s work schedule and deliveries to be shipped, followed by filming and photographing the process of strawberries being sorted and packed, and being picked in a greenhouse. Mr. Kazutoshi Murata, president of Murata’s Family Farm, stated, “The farm would not be viable without the interns.” Journalists asked questions about the length technical interns were hired for, their salary and benefits, whether there were any issues due to language or cultural differences, the impact of the revision to immigration laws to bring in more foreign workers, and how Japanese strawberries maintain a consistently high level of quality. The journalists also interviewed two of the Indonesian interns, asking about why they chose to come to Japan, and what working and living in Japan was like. 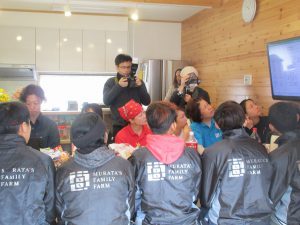 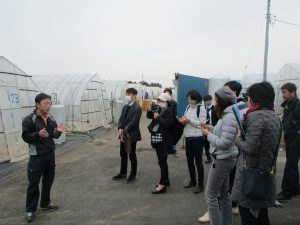 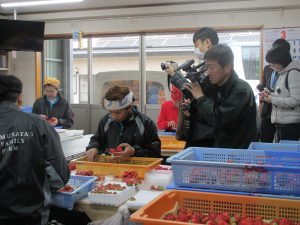 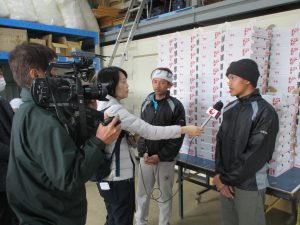 The tour visited Kasama, one of the two major pottery-producing regions in the Kanto area, and learned about the production process for Kasama ware pottery. Kouzangama’s president, Mr. Kouji Masubuchi, explained, “Of all the many pottery-producing regions in Japan, Kasama is the only one that makes pottery only by hand. Although mass production is not possible, each piece has its own unique character, and they can also be made to order.” The journalists asked questions not only about the production process for Kasama ware, but also about the difference between pottery and porcelain, and what issues exist when it comes to efforts to expand exports. A potter from Australia who became entrance by Japanese pottery and moved to Kasama 15 years earlier also works at Kouzangama, and the journalists asked him questions about why he chose Kasama instead of another place known for its pottery, and what his future plans were. 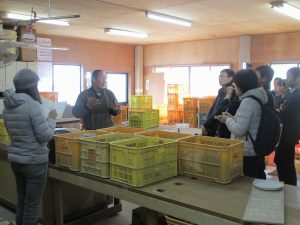 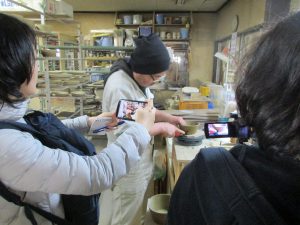 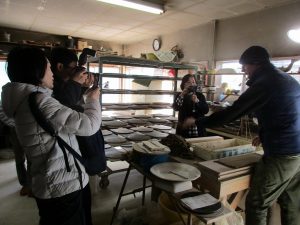 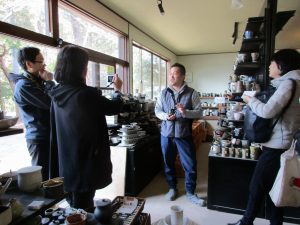 The tour visited the greenhouses of Hatake Company, a baby leaf farm that introduced the Toyota Production System into agriculture, and saw baby leaves being cultivated using agricultural equipment. Afterwards, the journalists moved to the main factory where the baby leaves are sorted and prepared for delivery, observing the sorting which is carried out by a combination of automated and manual processes, and the unique packing line which the company developed using kaizen. The journalists asked about what led to the company adopting the Toyota Production System and how much it improved productivity, the background of company president Mr. Makoto Kimura (who quit his job to enter the agriculture industry), the outlook for the baby leaf market, and whether there were any plans to use hydroponics. 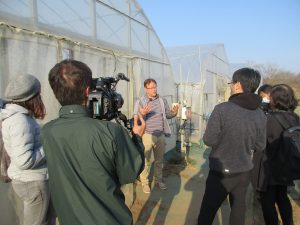 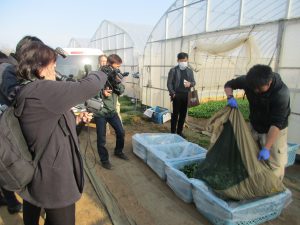 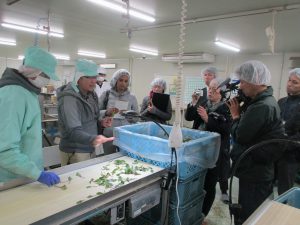 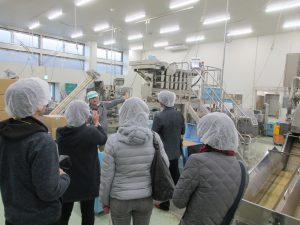