They taught the importance of water to the children of 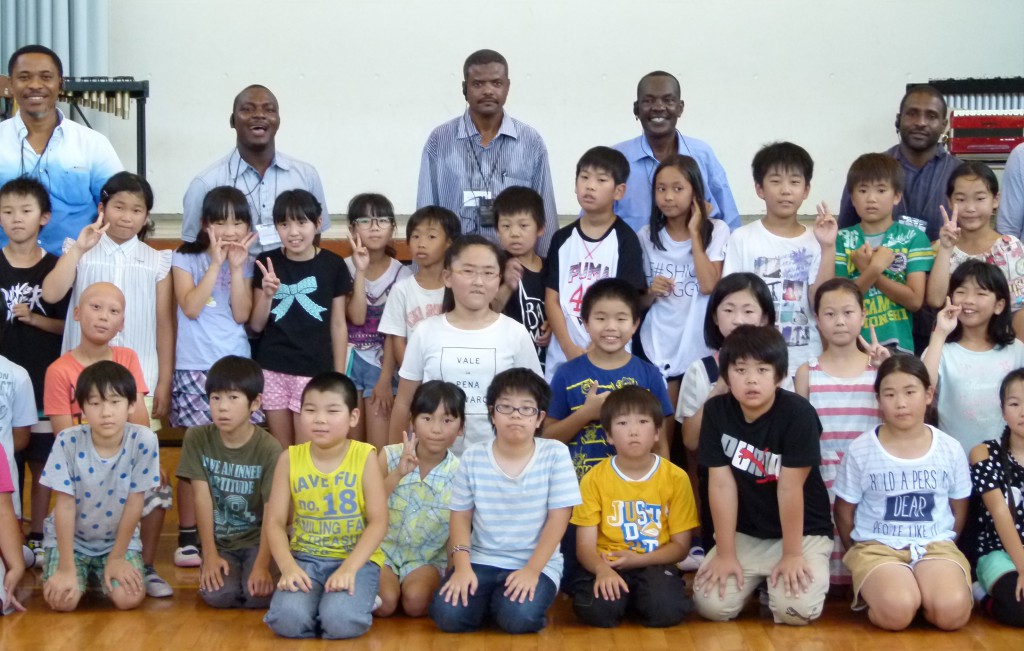 With the slogan “Yokohama, the city closest to Africa,” Yokohama City is involved in promoting exchange and cooperation with Africa, having been the host of the 4th (2008) and 5th (2013) Tokyo International Conference on African Development (TICAD) as well as releasing a Proclamation of Exchange and Cooperation (*1) with Cotonou, Benin.

Although water is easily available in Japan, there are some areas in Africa where it is difficult to obtain. Since participating in the 1977 JICA urban waterworks planning fact-finding mission, the Yokohama Waterworks Bureau has sent staff to Kenya, Tanzania, Malawi etc for technology transfer in waterworks planning and management. Also, since TICAD IV, they have been involved in the JICA Knowledge Co-Creation Program African Region Urban Waterworks Engineering Course (*2). This year, eight waterworks engineers from Ethiopia, Kenya, Malawi, Nigeria, Sudan, and Tanzania visited the Yokohama Waterworks Bureau to study dealing with leaks, managing water distribution, and collecting payments (training period: July 4 to August 4, 2016). 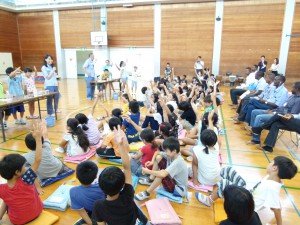 As part of this training course, the African trainees participated in the Yokohama Waterworks Bureau’s “Traveling Waterworks Class.” This consists of Yokohama Waterworks Bureau employees visiting elementary schools as part of the Grade Four students’ social studies curriculum, and carrying out hands-on classes to teach the importance of water through methods such as experiments with filtration. The trainees from Africa also participated in this class, interacting with the students and gaining a deeper understanding of Yokohama City’s education initiatives on water and the environment. 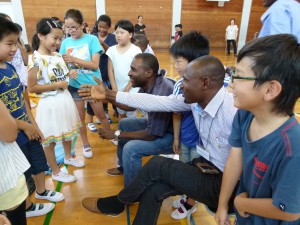 The school the African trainees visited for the Traveling Waterworks Class was Yokohama Municipal Namiki-daiichi Elementary School. The school has many students of other nationalities or with international connections, and participated in the One School, One Country Project (*3) for TICAD IV, so the students actively engaged in communication with the African trainees. The outgoing attitude of the children showed the truth in the slogan “Yokohama, the city closest to Africa.” 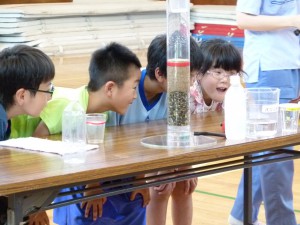 The African trainees spoke passionately while watching the children using filtration devices to purify water, saying “It is important to be aware of social infrastructure from a young age. Water can change the world. We would like to use Japanese technology and knowledge to contribute to waterworks in our own countries. We would like to teach the children in our countries about safe water as well.” 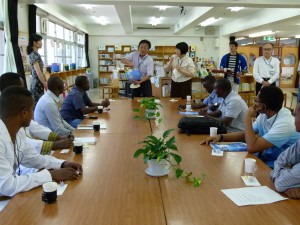 Principal Masahiro Kawamura of Namiki-daiichi Elementary School explained his own hopes for this Traveling Waterworks Class: “I would like the children to not only learn about the importance of water, but that there are adults working hard to help protect water. I would also like them to learn the importance of respecting others.” 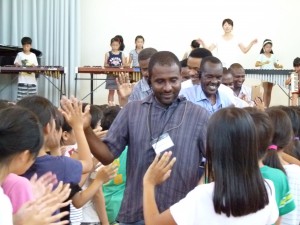 At the end of the Traveling Waterworks Class, a student representative gave a speech, saying “I thought it was amazing that the trainees came all the way to Japan from Africa in order to study waterworks. I hope you can drink clean water using Japanese technology.”

In addition to learning about waterworks as social infrastructure, this class likely also taught the children about the importance of taking an interest in the rest of the world.

(*1)  Released on November 28, 2013. After that, promoting topics such as cooperation for port management and exchange between young generations.

■6th Tokyo International Conference on African Development (TICAD VI) To Be Held in Africa for the First Time!