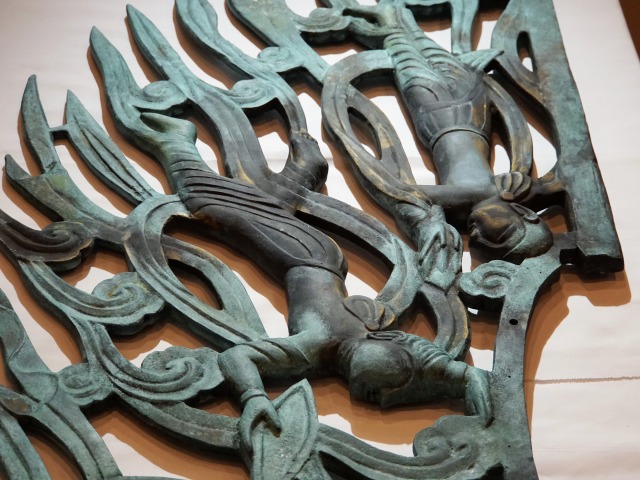 The East Tower (Tōtō) of Yakushi-ji Temple was built in the 8th century and has existed for more than 1300 years. This three-storied pagoda in the ancient capital of Nara is one of the most valuable cultural assets in Japan, designated by the government as a national treasure. As large-scale repairs are currently underway, it was the casting craftsmen of Takaoka City, Toyama Prefecture, who were entrusted with restoring the metal shaft (sōrin) that tops the pagoda. On January 29, 2019, the restoration was finished after 14 months, and the efforts of the craftsmen took shape. Repairs of the east tower as a whole are expected to be completed by April 2020.

Takaoka, historically known for producing copperware such as Buddhist objects, bronze statues and tea ceremony sets, has been a casting town for 400 years. Takaoka holds the top share of the Japanese market in copperware, accounting for the majority of its production throughout the country. Dealing not only with copper, but also with other metals such as iron, tin, and aluminum, their casting and processing technologies have advanced. They make a wide range of products, from artwork to industrial goods, and there are more than 200 manufacturers and studios in the city.

The advanced casting technologies of Takaoka City were highly regarded by Yakushi-ji Temple, and for the first time in 1300 years, the restoration of the sōrin was trusted to the Takaoka Copperware Cooperative Association, a collection of Takaoka copperware manufacturers. Mr. Toshiharu Kajiwara, President of the Association, reflected, “Coming into direct contact with the skills of ancient craftsmen through the restoration of their work, we were amazed at their abilities. At the same time, we were under incredible pressure, knowing that our craft will be incorporated into a national treasure. Because it had to be accurately reproduced in great detail to integrate with the original, which was constructed 1300 years ago, the work was a continuous series of precise tasks.”

The reason why such a challenging project was possible was that experts in every field related to metal processing, from modelling, to casting, finishing, metal carving and coloring, were all present in Takaoka City. “The strengths of the area, with 400 years of experience, were properly put to use,” commented Mr. Kajiwara.

The restoration project includes a reproduction of decorative copper sheets (suien: water flame), the symbol of the East Tower (Tōtō), which depict 24 celestial figures in trailing robes dancing and playing the flute in the skies. Since the original decorations were badly damaged over the course of 1300 years, the newly created replica will replace the original top of the pagoda. It was completed by first creating models using data measurements from a 3D scanner, to which the knowledge and experience of the craftsmen were applied, a perfect example of combining cutting-edge technology and traditional techniques. Mr. Akiyoshi Takagawa, Director of the Takaoka Design & Craft Center, proudly stated, “Only Takaoka is capable of successfully replicating copper that has undergone complex color changes over 1300 years, by inducing subtle chemical reactions over a short period of time.” Until now, we worked as subcontractors of major companies and there were few opportunities for our name to become public, but I hope Takaoka will become Japan’s No. 1 brand for restoring cultural properties. We would also like to respond to requests from overseas.”

The city is aiming to become the base for the restoration of cultural properties in Japan, planning to recieve requests from all over the country, to coincide with the governent’s policy to use cultural properties as tourist actractions, instead of just keeping them in strage.

―― Top Bonshō (Temple Bells) Producer in Japan, with Exports to Taiwan and Around the World ――

Oigo Works, one of Takaoka’s metal casting companies engaged in the restoration of the national treasure, claims 70% of the domestic share for manufacturing bonshō, Buddhist temple bells. A long-established business of 200 years, Oigo has accepted numerous commissions from prestigious temples across Japan. Until now, it has produced over 20 000 Buddhist bells of various sizes, including Japan’s largest bonshō, weighing 48 tons. According to the 14th-generation head of the company, Mr. Hideji Motoi, during the long history of Buddhism in Japan since its introduction from China and the Korean Peninsula, temple bells underwent their own unique development.“Generally speaking, the sound of bells in China and the Korean Peninsula is relatively high and does not last very long. However, the Japanese, who venerate the traditional aesthetics of wabi-sabi (acceptance of transience and imperfection), preferred a bell with a rumbling, heavy bass sound and long-lasting resonance,” said Mr. Motoi.

In recent years, scientific studies have shown the “1/f fluctuation” (pink noise) in the reverberation of the bell to be effective for relaxation. Oigo has been seeking to perfect the unique sound of Japanese bells, and besides bonshō in temples, the company produced Hiroshima’s Peace Bell (rang at the Peace Memorial Ceremony in commemoration of the atomic bombing on August 6 each year), and the Bell of Reconstruction in Kamaishi City, Iwate Prefecture.

The bells produced by Oigo Works are widely acclaimed overseas; in particular, more than 20 bells have been delivered to Taiwan. In 2006, it supplied the Dharma Drum Mountain (法鼓山) with a gigantic bonshō, which also became the largest in Taiwan. With an outer diameter of 2.6 meters, a height of 4.5 meters, and a weight of 25 tons, the bell was cast so that the 70 000 characters of the complete Lotus Sūtra (法華経) would appear as raised characters on the inside and outside of the bell. This is said to be the largest number of characters cast in the history of Japanese casting.In addition to Taiwan, the company’s bells are exported worldwide, including to countries such as Australia, Brazil, China, France, Germany, Indonesia, New Zealand, Peru, Spain, Sri Lanka, Switzerland, Thailand, the UK, and the US.

―― From Buddhist Statues to Interior Goods and Industrial Products ――

A major characteristic of Takaoka City as a casting town is its diversity of metalware, encompassing a wide range of fields from traditional Buddhist objects and works of art, to interior goods, accessories, monuments and industrial products. Techniques continue to be refined through the creation of diverse products, strengthening the area’s production.

Nagae Co., Ltd. (founded in 1954) has both an art division handling traditional Buddhist and bronze statues and a technology division developing industrial products such as metal components and building materials for apartment buildings. “The strength of Takaoka lies in its ability to produce both traditional handmade castings  and industrial products made of metals such as aluminum,” remarked Mr.  Yoichi Nagae, the 4th-generation head of the company. “At our company, the same craftsman can be working in both fields, which further refines their technique and quality.” As a result of active development of metal-coloring technologies for the company’s artistic undertakings, they were able to respond to customers' requests for specially colored apartment building materials.

Nousaku Corporation (established in 1916) also developed a number of its own products suitable for contemporary lifestyles, such as interior goods and tableware, in addition to Buddhist objects. Exploiting the malleability of tin, the company produced baskets made of pure tin, which are freely bendable and stretchable by hand. This quickly became a hit product, and are currently being sold at the official MoMA Design Store of the New York Museum of Modern Art. Furthermore, the company has entered the medical field by supplying surgical instruments that take advantage of the antibacterial properties and flexibility of tin.

Lately in Takaoka, an increasing number of places have been allowing general visitors to observe the techniques of craftsmen firsthand and experience making their own crafts. This has played an important role in raising awareness of Takaoka casting, as it was unknown when the companies were mostly subcontractors of major companies in the past.

At Nousaku Corporation, the factory has been open to visitors for observation and touring since 2017. This rare experience of being able to see the handiwork and exceptional skills of the craftsmen up close, became popular, and 10 000 people visit monthly from Japan and around the world. The workshop in which people can make their own tin dishes is also extremely popular. Mr. Brad Drinkwater, a tourist from Australia, commented, “I wanted to come here when I traveled to Japan. It was really satisfying, because I was able to see advanced craftsmanship, and try casting myself.”

A gallery-workshop has also been established by Momentum factory Orii, Co., Ltd, a company which has taken requests for the decoration of the Imperial Palace. It is known for its special metal-coloring techniques through chemical reactions with substances such as vinegar or rice bran. Visitors can change the color of metals using this technique to create their own colors, in a unique Takaoka experience.

【Inquiries Regarding This Press Release】

Please send us an email for inquiries in English. 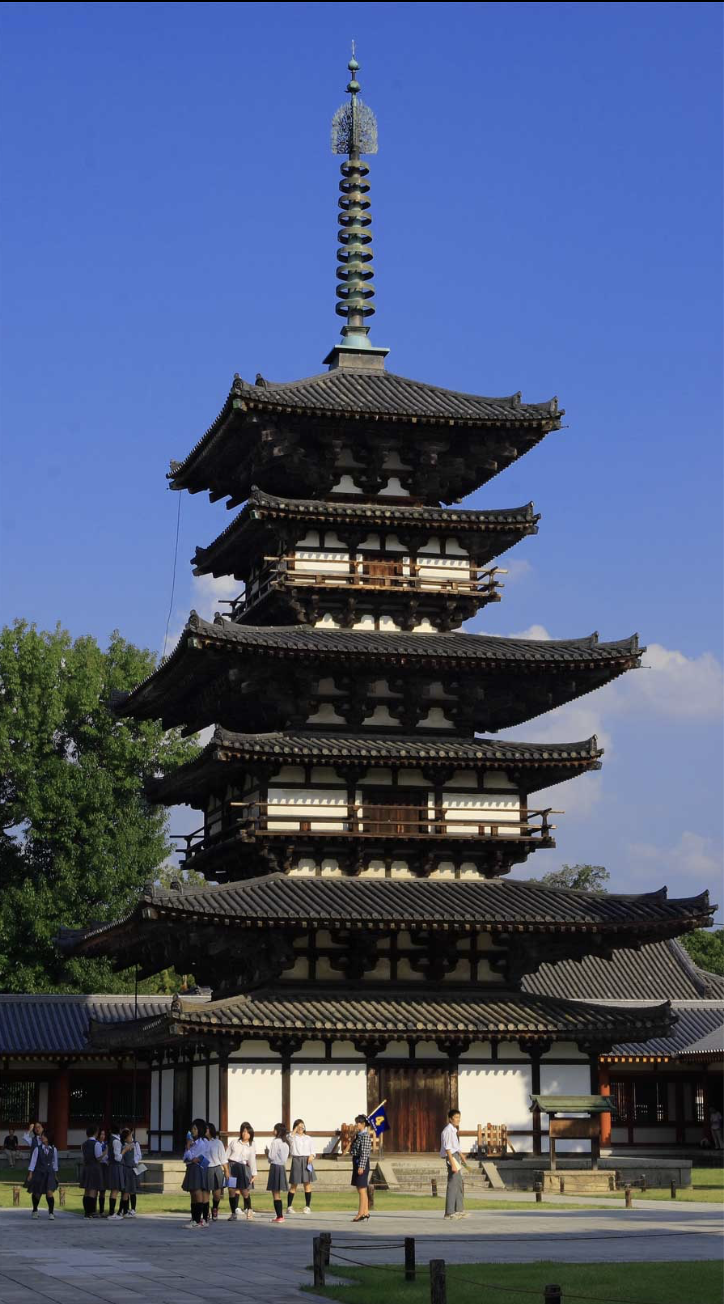 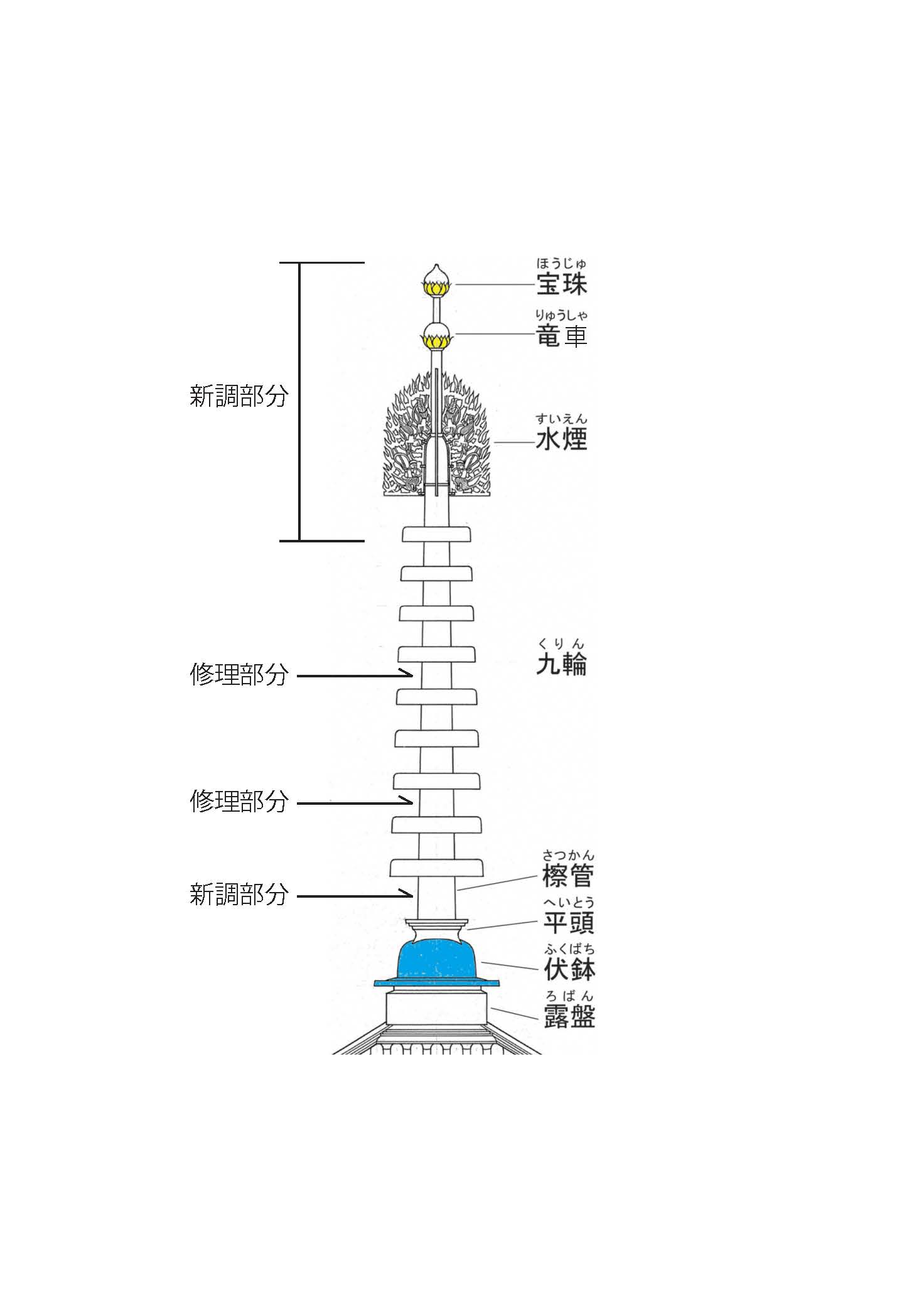 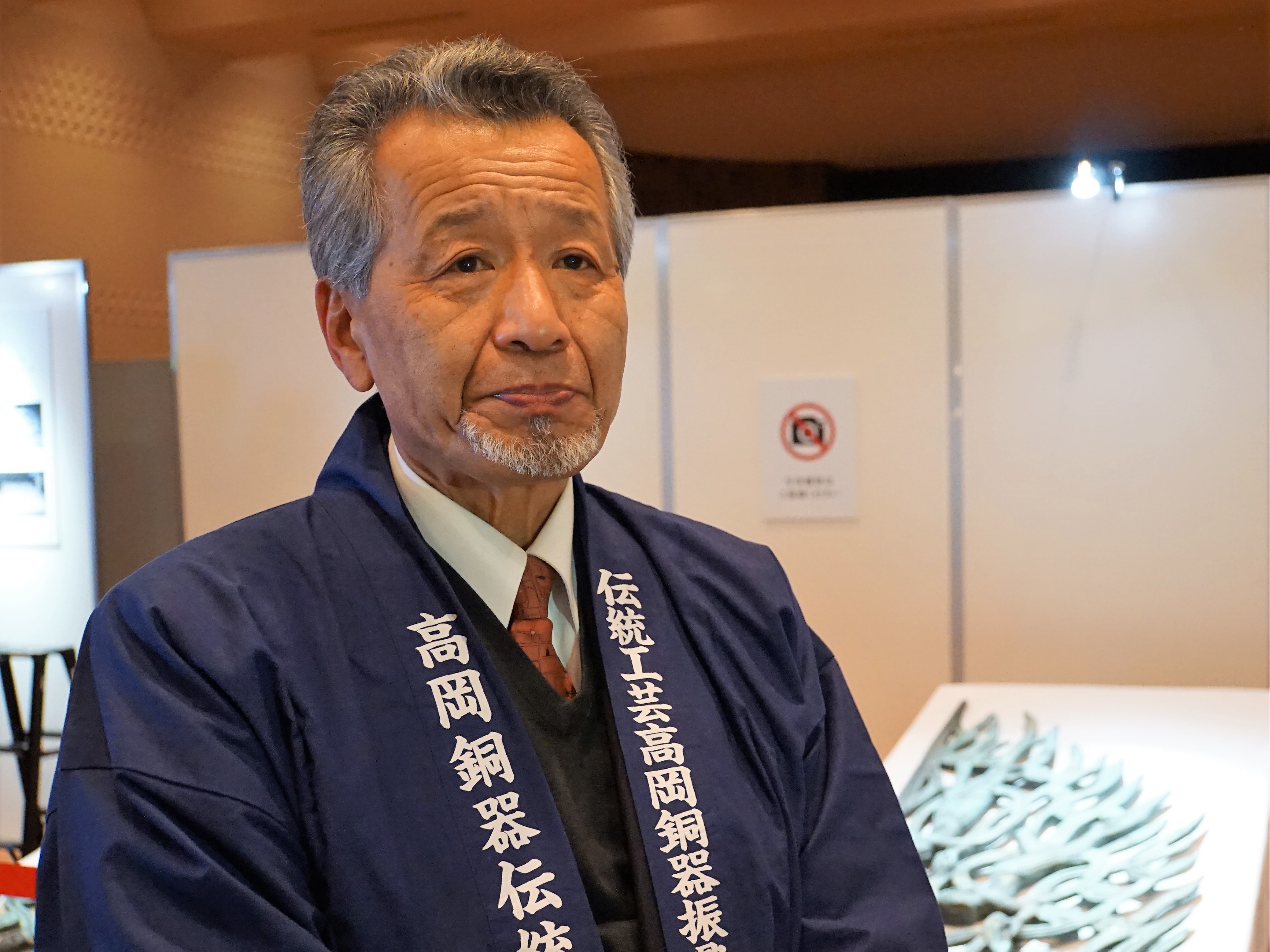 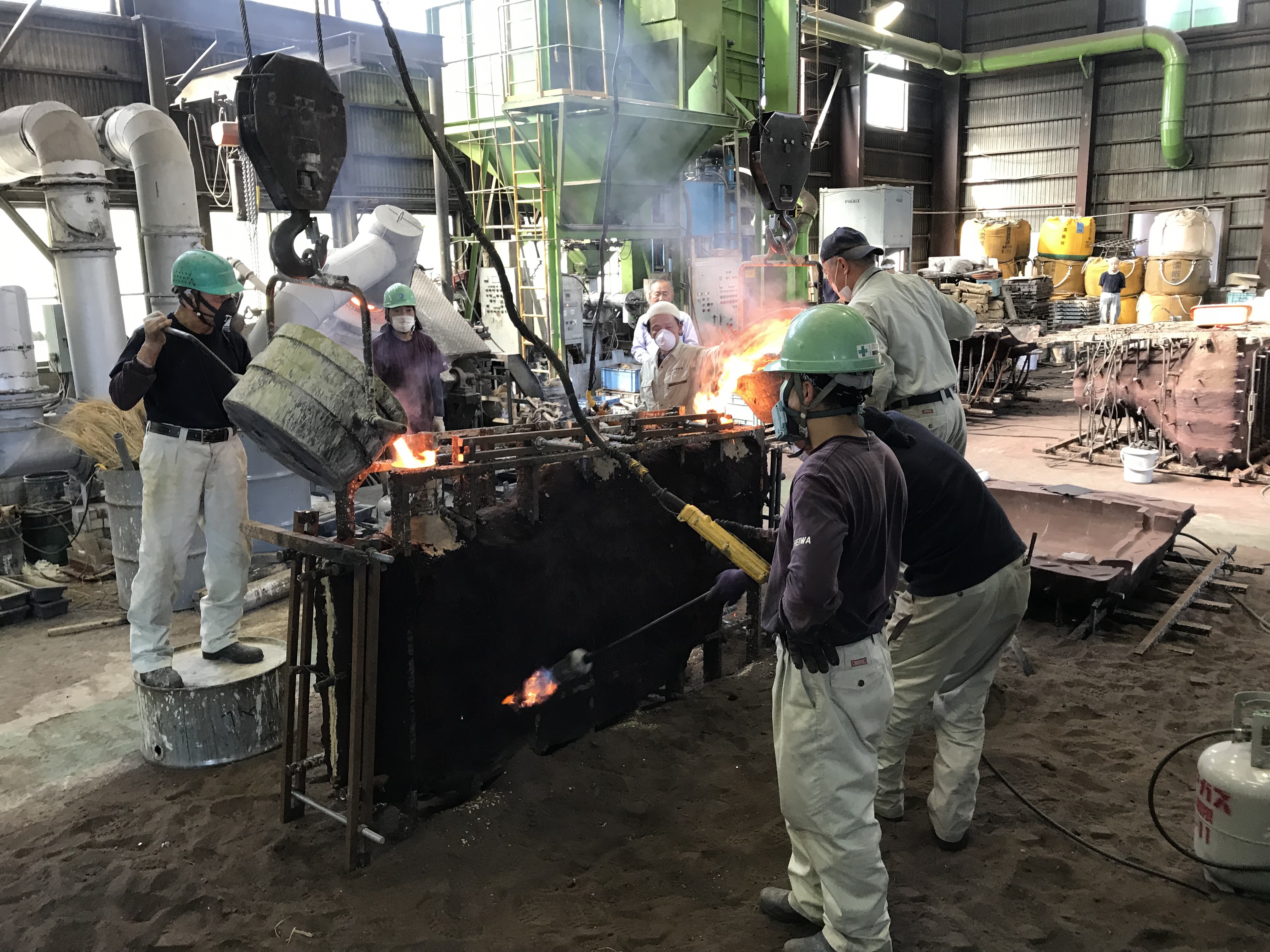 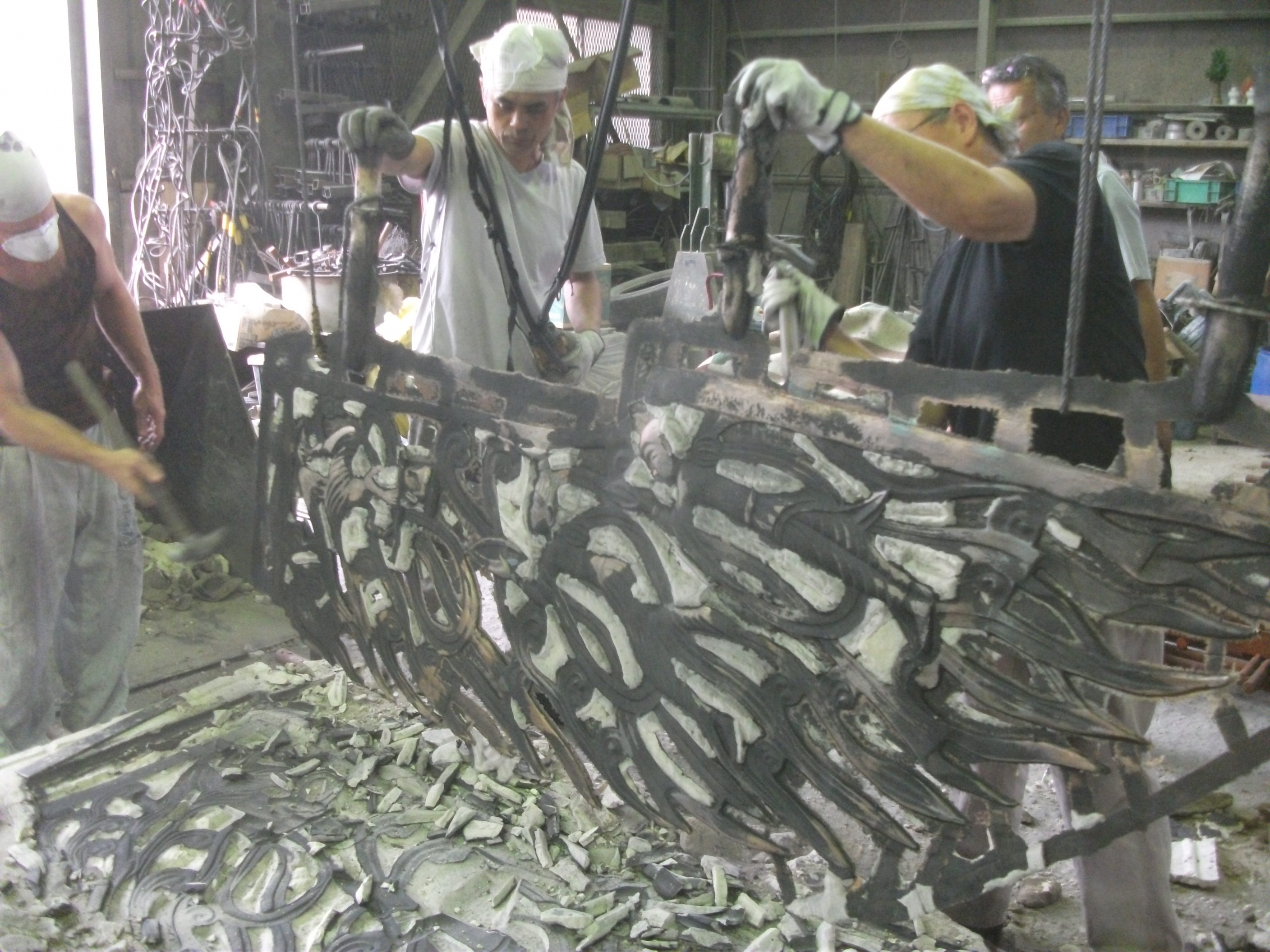 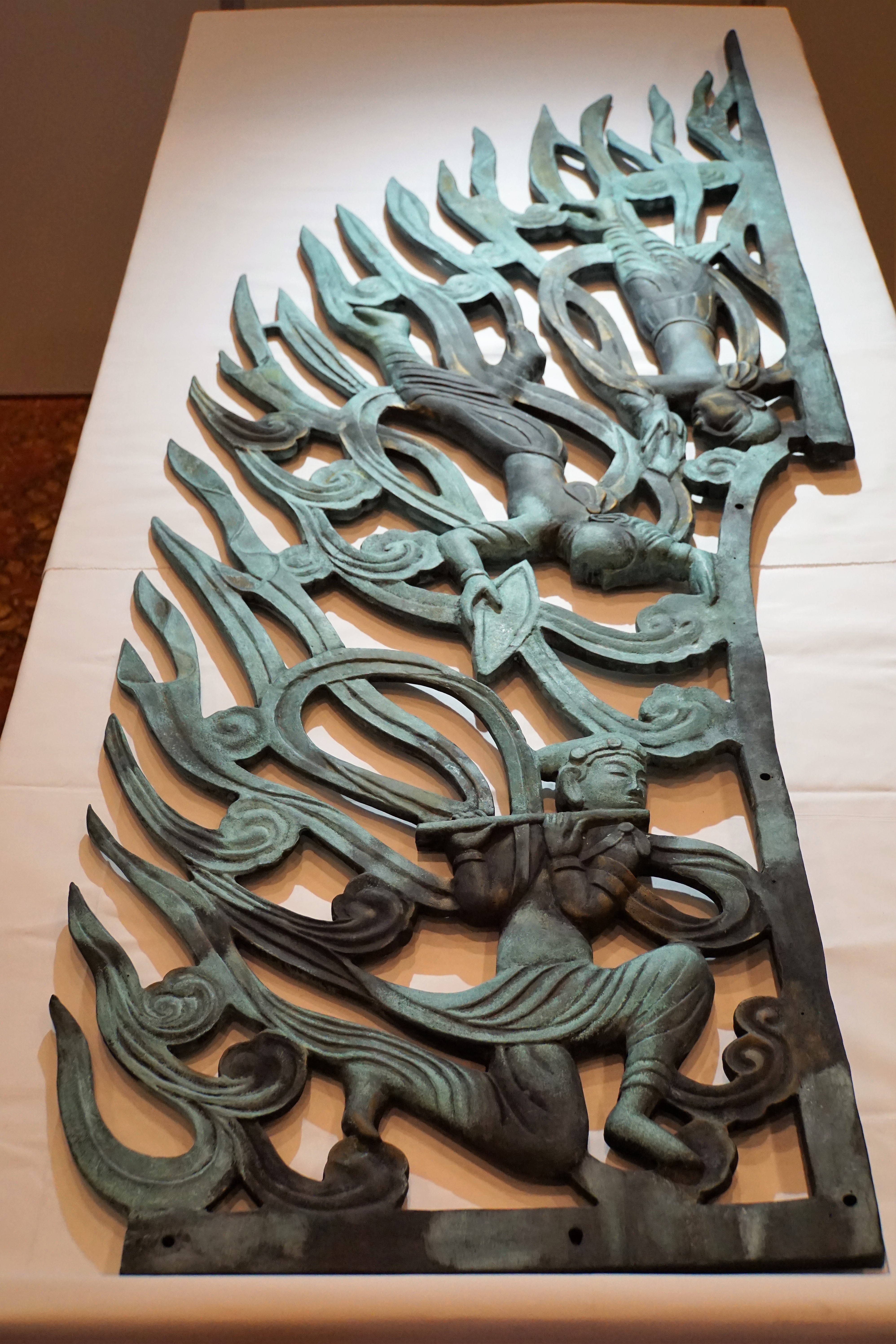 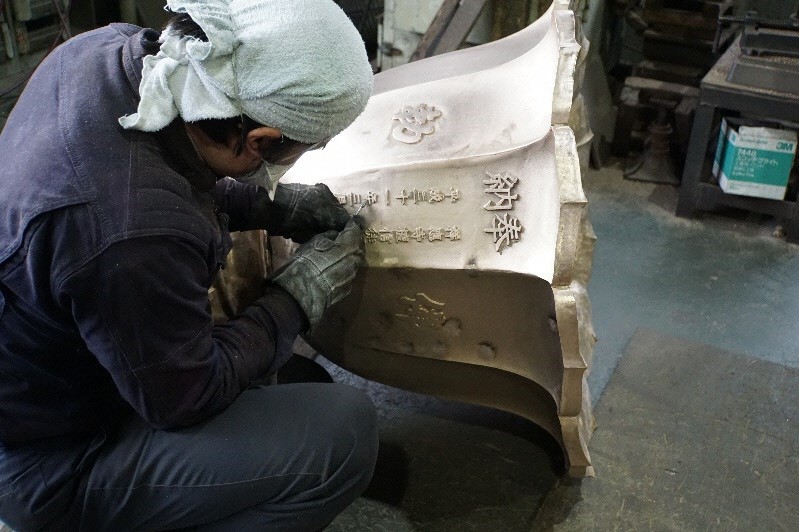 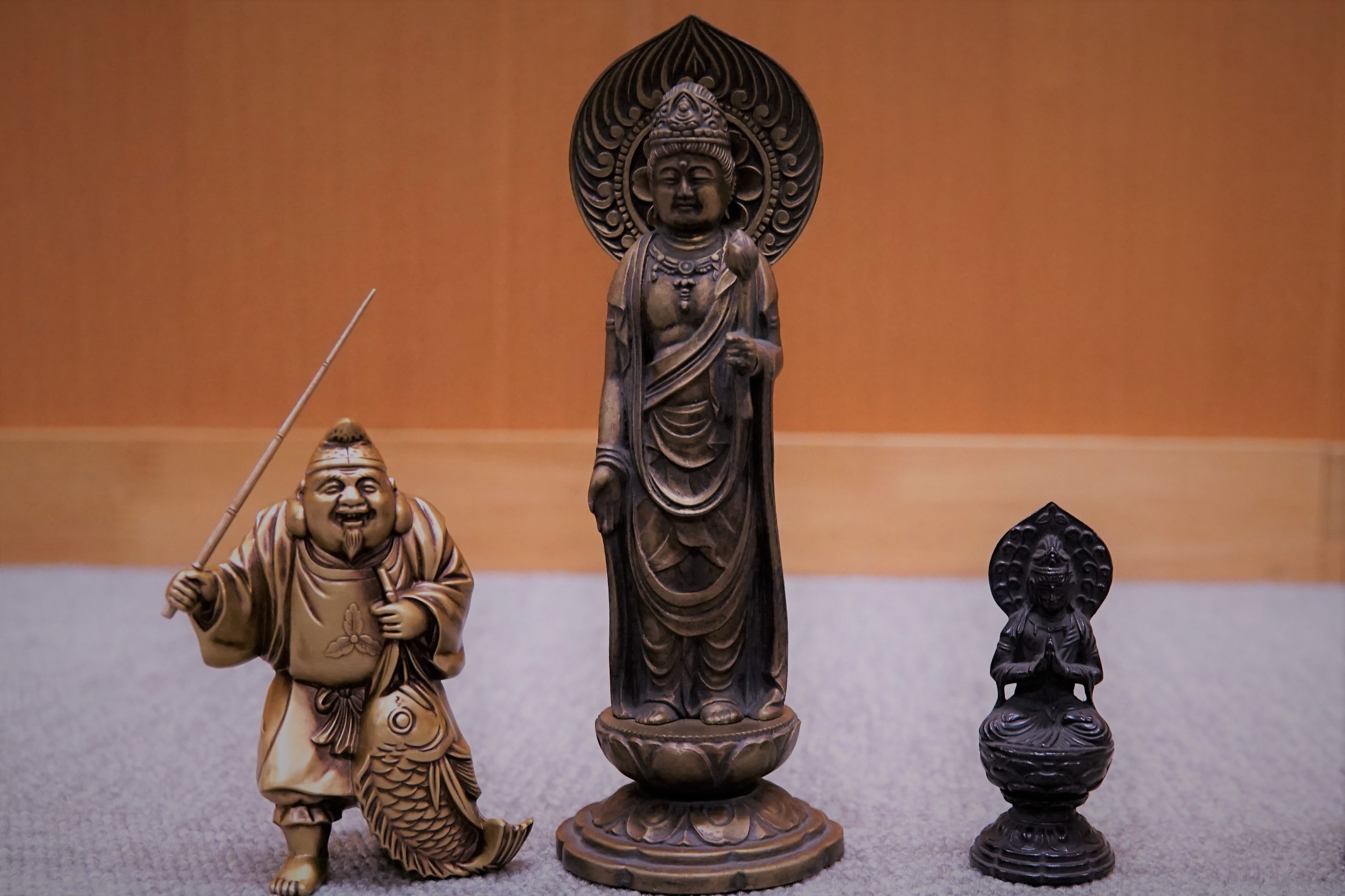 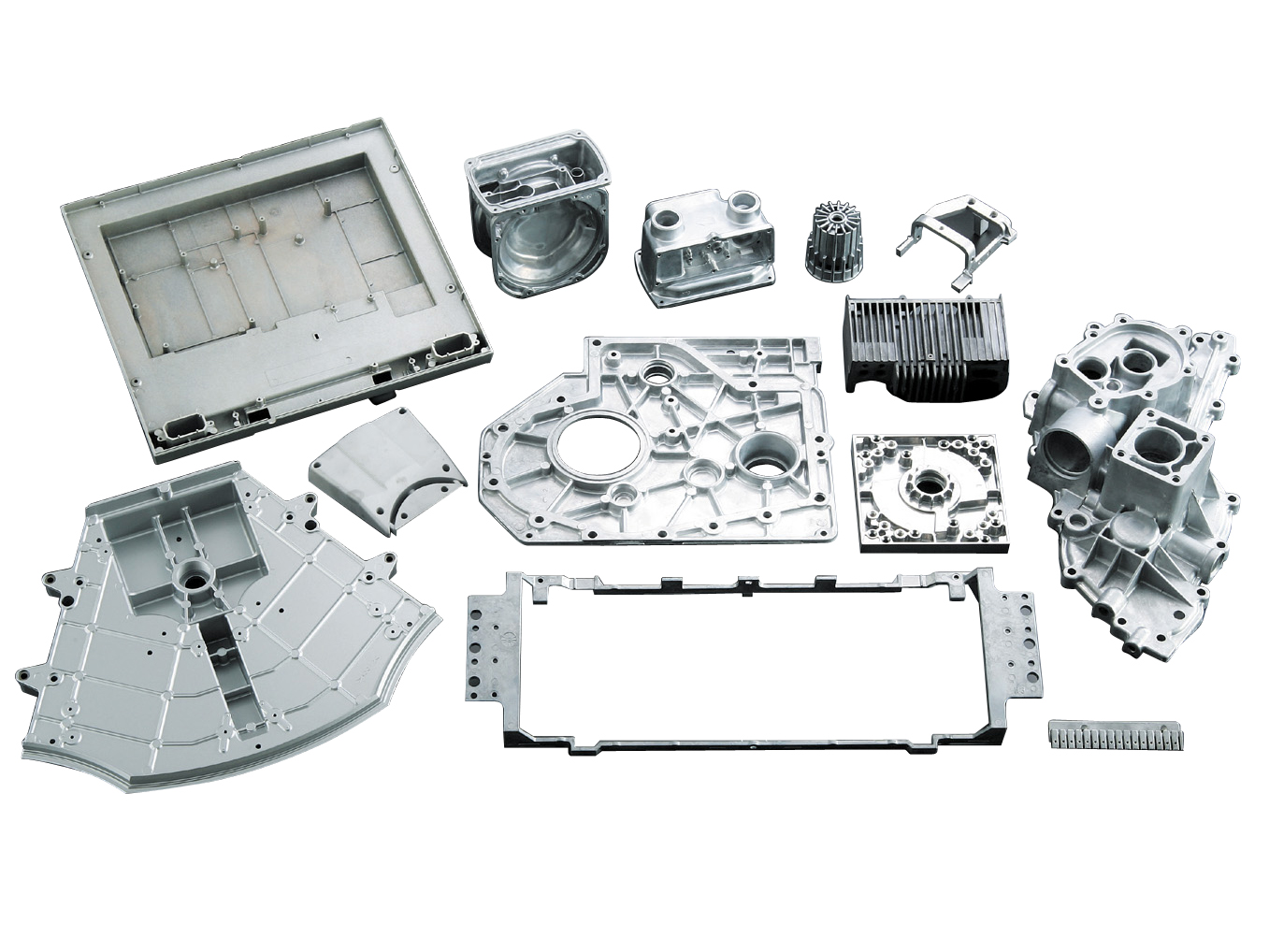 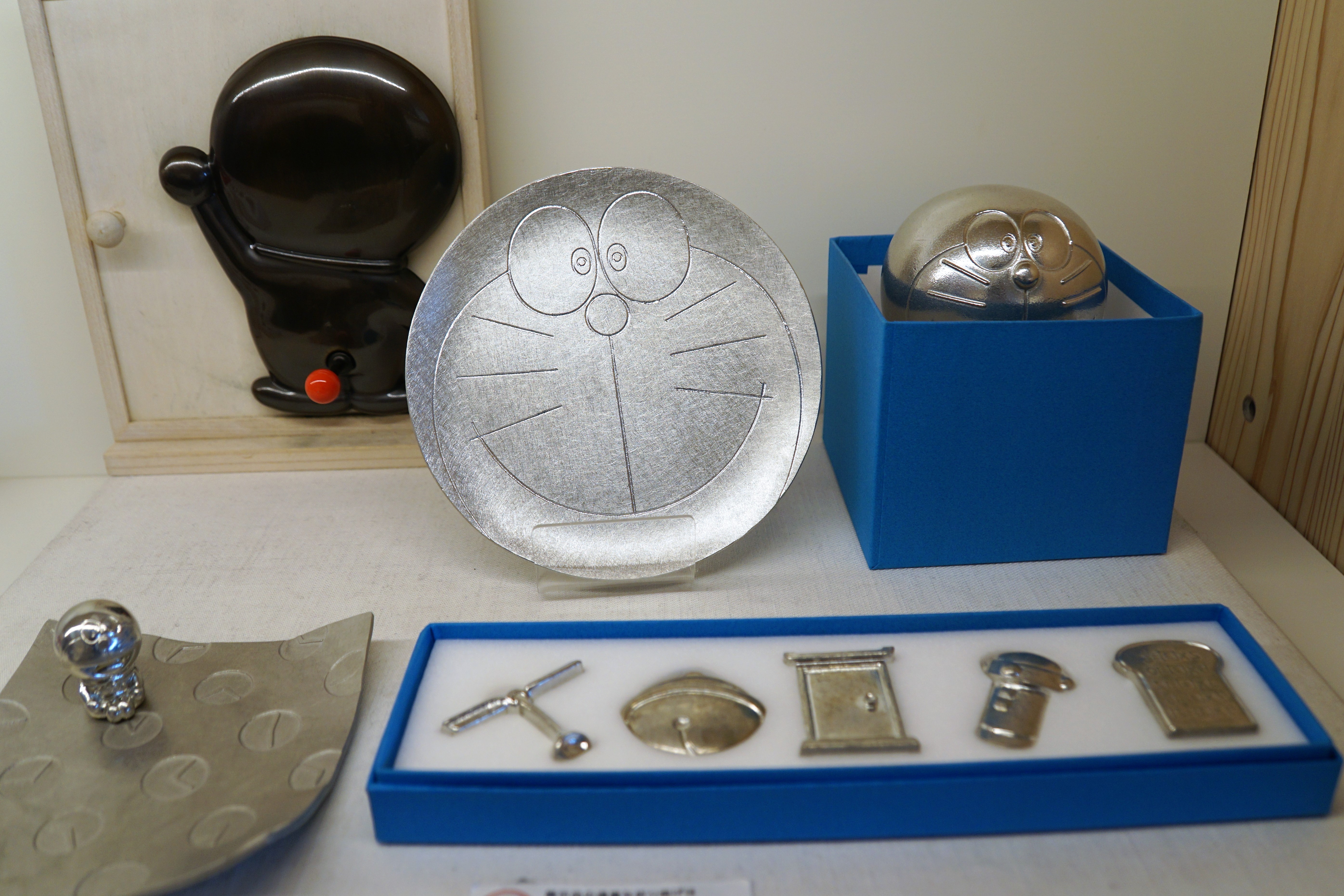 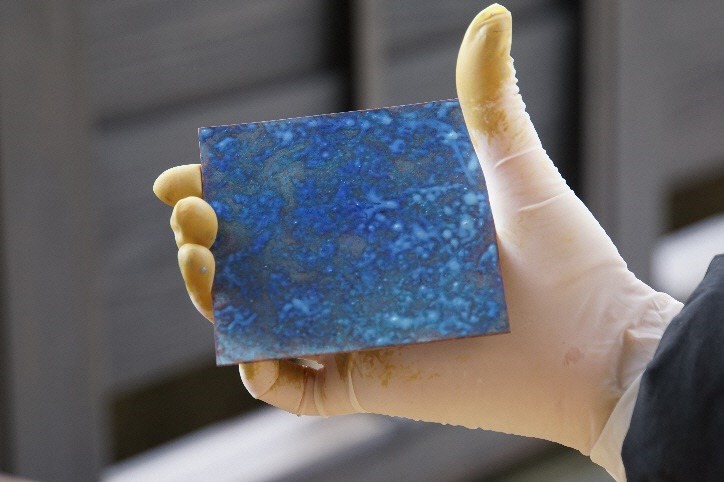