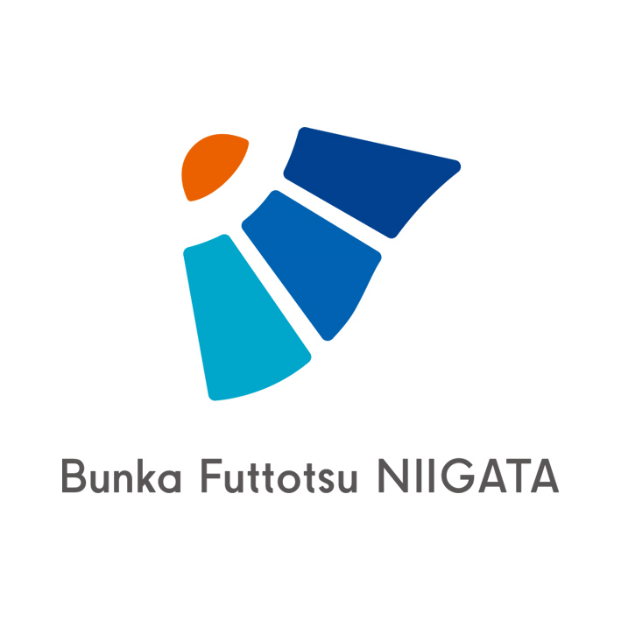 Venue
During the festival, various cultural events will be held in different parts of Niigata Prefecture.

The National Cultural Festival
The National Cultural Festival aims to increase opportunities for citizens to participate in cultural activities, and to of promote the creation of new arts and culture. by presenting cultural activities of all varieties, recital contests, and providing a place for interaction. It has been the biggest annually held cultural festival in the country since 1986.

The National Arts and Culture Festival for Persons with Disabilities
Since 2001, this festival has been held annually with the aim of promoting an in-depth awareness and understanding of disabilities to the public. Through involvement and participation in arts and cultural activities, this also gives motivation and self-confidence to persons with disabilities, and promotes independence and societal participation.

In the fall of 2019, Niigata will hold the biggest cultural festivals in the country; the National Cultural Festival and the National Arts and Culture Festival for Persons with Disabilities.
Niigata will show the beauty of its rich local culture, to be featured throughout the country and the world. The aim is the of expansion and advancement of cultural heritage, along with the revitalization of cultural activities in the prefecture.
In addition, this will breed opportunities for the 2020 Tokyo Olympic and Paralympic Games and its cultural programs, and act as a link to what which will eventually become part of our historic legacy.
Moreover, collaboration with other fields such as tourism, businesses, and the food industry will result in increased cultural exchange as well as an expansion of inbound visitors, which will then create a positive ripple effect on the country’s economy.

Theme
The T-road of Culture ~Niigata: Where East and West Meet~

The Kamigata Culture of the western sea and the Edo culture of the eastern lands met and blended in Niigata. The connection between these cultures was created with the help of Kitamaebune, a cargo ships that sailed the Japan Sea during the Edo period, forming the so-called "T-road of Culture" (Teijiro in Japanese).
Tracing the "T-road" onto a map of Japan will form the Japanese character "人" which means "person" or “people”.
It is therefore from Niigata, where Japan’s eastern and western cultures meet, that the “People's Culture” will spread throughout the world and into the future.

The word "futtotsu" is a Niigata dialectal term used in parts of the southern Kaetsu region, meanings "a lot" or "plenty". Additionally, “bunka” means “culture”.

Experience
Niigata locals will be proactively involved in the National Cultural Festival and in the National Arts and Culture Festival for Persons with Disabilities, which will increase opportunities to experience the various cultural activities and appreciate cultural assets. With this, and through cultural exchanges among diverse groups of people, will come the continuous development and revitalization of Niigata's culture.

Convey
Niigata’s diverse culture has been passed down across the prefecture, including traditional arts, the life work of our ancestors, and the industries that originated here. These were refined through the history and geographic features of the region, and we would like to reinforce this diversity while presenting its wonders to people from all over the world.

Connect
We are connecting with the future through the sharing of happiness and excitement, fostering minds to respect and understand cultural diversity, and promoting the creation of new cultures by means of cultural exchange among various people and cultures.

Unfold
Aside from being an opportunity to expand the circle of cultural exchange among various groups of people, this festival also aims to revitalize the local community and expand its cultural exchange on a regional level as well .

We, the Tokkikki, will motivate the people from all over the world to take part in both the National Cultural Festival and the National Arts and Culture Festival for Persons with Disabilities!

Logo
This symbolic mark shaped after the silhouette of Niigata Prefecture resembles different things when viewed from different angles. At one angle, it resembles the symbolic landscape of Niigata: the Sea of Japan with a sunset view. From another, it can look like the kitamaebune ships which brought different cultures to Niigata.

This logo was composed of elements symbolic of Niigata and its culture.

Main Events
179 events (some paid) will be held throughout Niigata Prefecture during the festival period.

■ National Cultural Assets
9/14 (Sat) – 11/4 (Mon) Niigata Prefectural Museum of History (Nagaoka City)
An exhibition that looks back on the archeological events of the Showa and the Heisei
periods. On show are many of the flame-motif ceramics that have come to symbolize Niigata Prefecture, including the flame-motif pot from the Umataka ruins and the deep fukabachi jar, which is a national treasure, found in the Sasayama ruins. Clay figures and haniwa, designated national treasures or important cultural assets, have also been brought from the Tokyo National Museum and other museums for the exhibition.

■ Special Noh Performance: A Journey to Discover Zeami
10/14 (Mon)   Shiizaki Suwa Shrine (Will be held in the Kanai Noh Theater in the case of inclement weather ) (Sado City)
A Special Noh performance by Kiyokazu Kanze, the 26th Grand Master of the Kanze school, a Noh school founded over 580 years ago by Zeami during his exile on Sado. Enjoy the thrilling experience of watching the Grand Master dance on the shrine’s atmospheric stage.

■ Taiko  Drum Festival
10/13 (Sun)  Joetsu Cultural Center (Joetsu City)
Taiko drum troupes from around the nation gather together to deepen exchanges and convey the joy of drums. You will be treated to a majestic, electrifying spectacle.

■ All-Japan Folk Song Contest
10/27 (Sun)  Kamo Cultural Center (Kamo City)
A singing contest in which folk singers from all over Japan gather to convey the charm of folk songs handed down from long ago. Make the most of this chance to appreciate truly traditional Japanese music.

■ Tour of Agakita Manors and Gardens
9/29 (Sun) Former Prefectural Governor’s Official Residence, Ijimino Tea Ceremony House (Shibata City) *Will feature a “Tea Ceremony for Beginners” class
11/9 (Sat) – 10 (Sun)  Sekisen-so Villa, Taiko-so Villa (Shibata City)
11/16 (Sat) – 17 (Sun) Ninomiya-tei House (Seiro-machi)
11/23 (Sat/holiday)  Watanabe-tei House, Tsuno-tei House, Sato-tei House, Tokei-en House (Sekikawa-mura)
This tour will feature not only residences and gardens which are usually closed to the public, but will also include a “Tea Ceremony for Beginners” class (in Japanese), which will allow participants to experience a model tea ceremony and to learn about the tea ceremony ritual and how to enjoy it.

■ Kimono Festival in Tokamachi
11/23 (Sat/holiday)
Echigo Tsumari Cultural Hall “Danjuro” (Tokamachi City)
Includes a kimono show organized by the Kimono Project with kimonos from twenty different countries, a demonstration of how to put on a juuni-hitoe, or twelve-layered ceremonial kimono, and a kimono exhibition. Tokamachi is a major kimono production area, and during this event, it will share the charm of kimono with the world.

■ Autumn Performing Arts Spectacle: Floodlit autumn leaves at Sho-un Sanso Villa
11/2 (Sat) - 11/3 (Sun/holiday), 11/9 (Sat) - 11/10 (Sun) (tentative)
A special outdoor stage held on the grounds of the Sho-un Sanso Villa (Kashiwazaki City)
The Autumn Performing Arts Spectacle is held amid the floodlit autumn leaves at the Sho-un Sanso Villa. The spectacle offers the opportunity to see traditional performing arts from various districts in Kashiwazaki, including “Ayako-mai,” a type of dance that has been designated an important intangible folk culture asset.