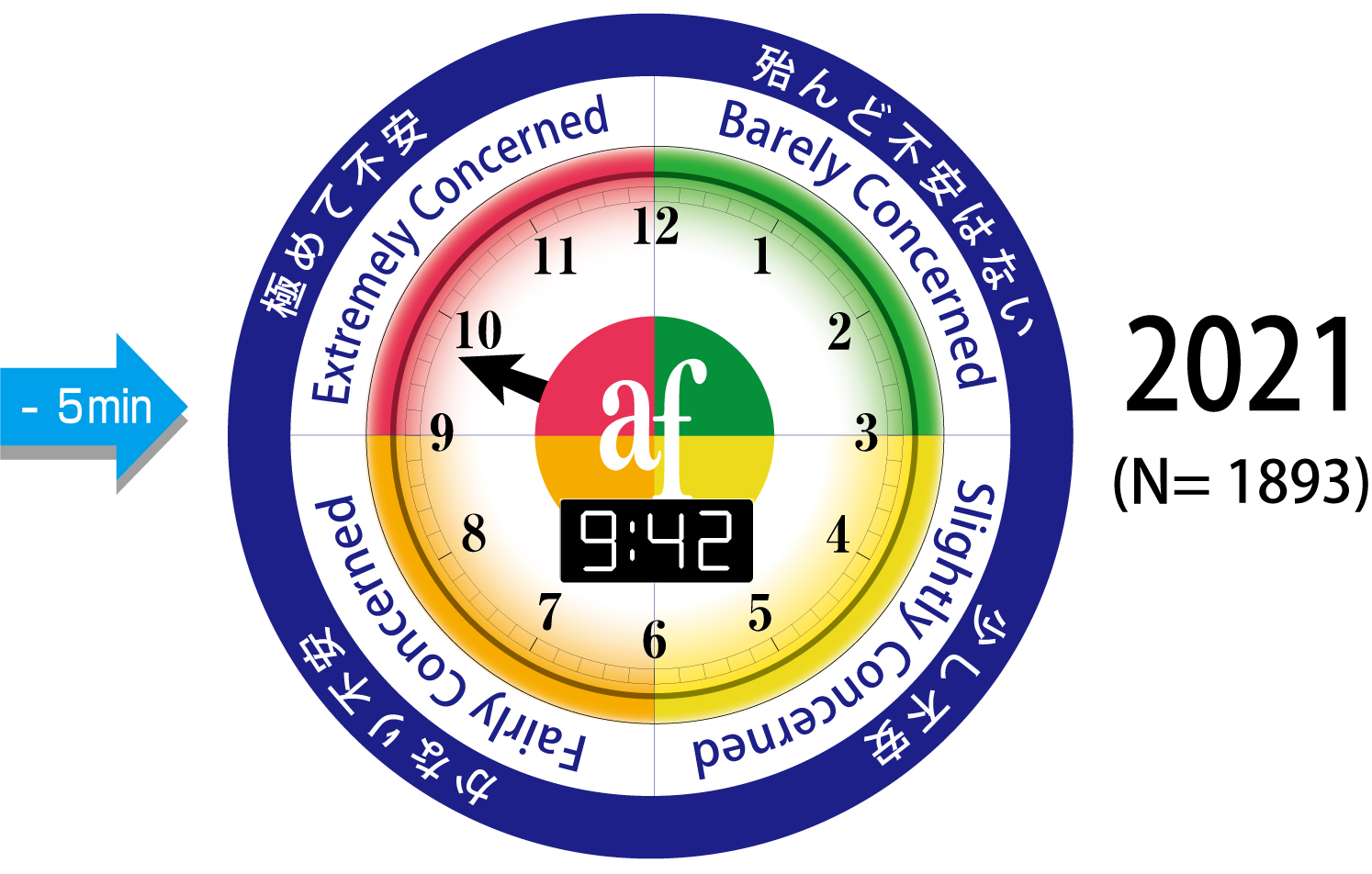 Summary
● The time on the Environmental Doomsday Clock is 9:42, five minutes earlier than last year, back over five minutes from the preceding year. This is the first significant change in eight years.
● The time on the Clock has receded back by 30 min in North America and the times are earlier than last year in most regions. The US rejoining the Paris Agreement might have positively affected the time on the Clock.
● "Climate Change" has been the top environmental issue since 2011 that the respondents worldwide have had on their minds.
● Regarding the transition to a decarbonized society, improvements have been observed every year in all the perspectives, "Public Awareness," "Policies and Legal System," and “Social Infrastructure.”
● For “Climate Change”, improvements have been noted in "Public Awareness" and "Policies and Legal System" every year since 2019.
● The category most commonly identified as showing signs of improvement in approach was “Climate Change.”
● On the world average, in most regions, out of 17 SDGs, "No Poverty" and "Reduced Inequality" are considered to have the lowest level of realization in 2030.

I. Level of the Crisis Facing Human Survival - The Environmental Doomsday Clock
I-1 The Time on the Environmental Doomsday Clock
・The Clock receded back 30 minutes in North America and the times are also earlier than last year in most regions. The US rejoining the Paris Agreement in January may have positively affected the times on the Clock around the world. Although the time on the Clock in North America is 10:03, 30 minutes earlier compared to last year, North America has still the third strongest sense of crisis in the world after Oceania and Western Europe.
・The "time on the Clock" for the world had been 9:46~47 since 2018, showing the strongest sense of crisis for three straight years. This year, it is 9:42, five minutes earlier than last year, and back over four minutes from the preceding year; this is the first significant change in eight years.
・The time on the Clock had had a tendency to get closer to midnight since 2011, but in 2021, it is 9:42, over four minutes earlier than the previous year, which is for the first time in eight years.

I-2 Change in the Time on the Environmental Doomsday Clock by Generation (2011 - 2021)
・Ten years ago, people in their 20s and 30s had an apparently lower awareness level about the environment than those of older generations. Recently, however, the difference in the awareness level of crisis among generations tends to become smaller.
・While all age groups had been developing a stronger sense of crisis each year, the Clock was set back in all age groups this year, for the first time in the last eight years.
・The times reported by respondents in their 40s and 50s, 60s and over had advanced from 2016 until 2019, but were set back consecutively in 2020 and 2021.

II Realization of 17 sustainable development goals (SDGs) in 2030
Regarding realization of 17 sustainable development goals (SDGs) in 2030, we asked the respondents to choose and rank three goals (out of 17 SDGs) that will have the highest/lowest level of realization in 2030, in terms of the realization level on the world average and in the respondents’ own country/region. Responses were analyzed by the 1st-3rd summation method, and the results are shown in Fig.9. More detailed data is available in the 2021 annual report of the survey.


This survey includes a section where respondents are invited to provide their opinions and write about the environmental realities they face in their region of the world, as well as offer suggestions for improvement. This year, we received a total of over 700 comments from over 130 countries abroad. These comments will be published on the Asahi Glass Foundation website at 11a.m. on September 8.

More detailed results of this survey are available on our website: https://www.af-info.or.jp/en/ed_clock/result.html 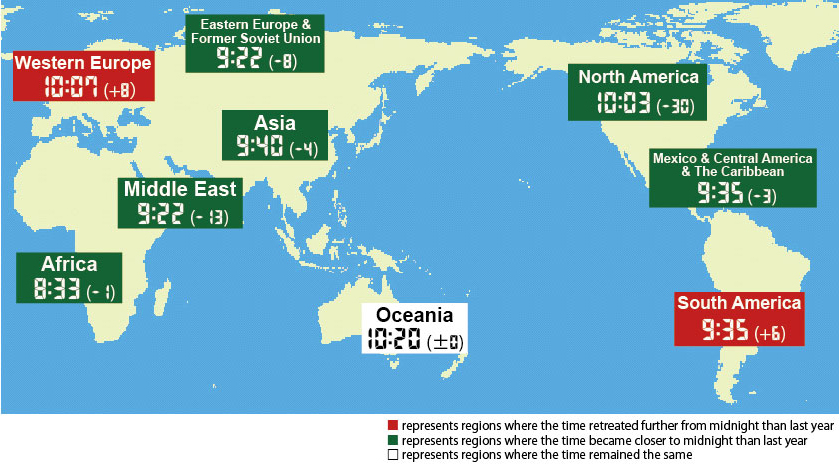