Magazine Articles of the Month: Strategies for Japan’s Post-Corona Rebirth 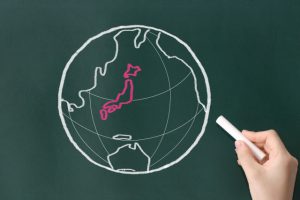 Approximately one month has passed since Prime Minister Yoshihide Suga assumed office. This month, major Japanese magazines ran many articles looking toward the future after the pandemic, discussing medium to long term issues for the new Suga administration’s domestic and foreign policy as well as strategies for Japan’s rebirth. A number of ambitious proposals were made to the new administration, stating the necessity of using the COVID-19 pandemic as an opportunity to create a boldly imaginative grand design, calling for aggressive policies to boost the economy and tax reforms, or suggesting taking more initiative in foreign policy while relations between the US and China are strained.


■Bungeishunju, November.
How to Rebuild Japan After Corona: My Strategy for Japan’s Rebirth
An Advisor to the New Administration, Making a Proposal to Prime Minister Suga
“Make Tokyo into an area directly administered by the national government”
Heizo Takenaka, Toyo University Professor and Keio University Professor Emeritus

Takenaka commented that above all the new Suga administration should work on responding to the coronavirus pandemic and related economic measures, making sure that viable businesses, including SMEs, do not suddenly fail. He also argued that it was important not to save companies which were already in financial difficulty, as sustaining companies which were destined to fail would weaken the Japanese economy in the future. He stressed that in order to strengthen the Japanese economy over the long term after the pandemic, “fair and healthy competition” was vital, and that regulations protecting vested interests such as the mobile phone industry should be removed in order to increase the potential growth of the Japanese economy.

Takenaka noted that the fact Japan was lagging behind in its digital shift is a problem which became particularly clear during the pandemic, with the lack of remote learning in education being especially notable. He proposed eliminating regulations and promoting digitalization in all fields. He also commented on how inequality between Tokyo and regional local governments continues to widen, and that in order to eliminate this disparity Tokyo should be made into a special administrative area directly administrated by the national government like Washington, D.C. Takenaka suggested that Tokyo should be positioned as Japan’s strategic center, and that to bring about greater growth Tokyo should sell off its assets and stimulate the asset market, making it possible for Japan to become one of the top international financial centers.


Stating that because it is a time of crisis it was necessary to build a long-term framework for Japan, Takenaka argued that Japan must create a grand design not bound by existing paradigms, with bold imagination crossing administrative divides. With his vision for the future of Japan as a society in which everyone can act freely without being bound by outmoded rules and customs, he stressed that the external shock of the coronavirus pandemic should be considered as an opportunity for Japan to change, similar to the arrival of Commodore Perry and the Meiji Restoration, or greater democracy after World War II.

Ohmae suggested that the bold monetary easing of Abenomics did not have the intended effect of encouraging consumption or capital investment, with individuals and businesses instead saving their money, resulting in personal financial assets in Japan increasing by 400 trillion yen over the course of the last ten years while cash and deposits of non-financial corporations increased by 77 trillion yen. He argued that in order to boost the economy, instead of increasing the national debt by putting off liabilities until the future this extra money should be used.


He noted that in addition to personal financial assets and corporate cash and deposits, Japan had plenty of other unused assets, such as vacant houses  and land. An average of 13.6% of buildings are vacant across Japan (as of October 2018), and as a result of reforms to a law concerning agricultural land in urban areas, the duty to perform agricultural on certain land will be lifted starting in 2022 and significant amounts of land, including commercial land, will become available around major cities. To boost the economy, Ohmae suggested a policy be made to put these surplus assets on the market, and noted that if vacant houses were reformed into minpaku, private lodging services, it could deal with two social issues: the number of vacant houses and the lack of accommodation facilities.

Ohmae also proposed implementing a tax on assets. By taxing personal and corporate assets at 1%, leaving consumption tax as it is, and eliminating corporate, income, and inheritance taxes in a bold tax reform, according to his estimates tax revenue would be 75 trillion yen per year, and it would no longer be necessary to increase the national debt. Since holding assets would mean they were taxed, he suggested this would lead to increased investment and consumption, thus stimulating the economy.

Ohmae argued that above all else, it was important to make Japanese citizens enjoy life more. Calling Japan a “low desire society,” where the desire to own possessions and consume is extremely low, he explained, “Seniors, who hold the majority of personal financial assets, have had the idea of working and saving imprinted on their DNA by Japan’s policies of accumulating money and lending it to industry at low rates during the economic miracle period. Therefore, even if they have money they prioritize saving it and do not spend it on themselves.” He concluded by stating Japanese people are in a tragic situation where they have an average of 35 million yen when they die, making the time of death the richest time in their lives, and so he would like Prime Minister Suga to go in front of the TV cameras every day and tell people to enjoy their lives and not worry about retirement.

The philosopher Mencius, who lived during the Chinese Warring States period, has a quote about Heaven, Earth, and people all having to be aligned in order to carry out a major project. Referring to this quote, Miyake suggested that explains why Abe’s foreign policy was mostly successful, and stated that now the opportunity had arrived for Japan to take back through peaceful means the international position and prestige it deserves. He argued that with Russia, China, and the US currently dealing with their own problems, “Now is the time for Japan to embody universal values such as freedom, democracy, the rule of law, and human rights, acting as a member of the international community working to maintain the status quo and differentiating itself from those who reject these universal values and seek to change the status quo. This is a chance for Japan to regain its lost prestige. This is Japan’s ‘time of Heaven.’”

Miyake stated that the foreign policy issues facing Japan in the fall of 2020 were all relics of the past several dozen years of history and intense negotiations with powerful countries, and while the Suga administration’s foreign policy was destined to inherit Abe’s foreign policy in general, he expected changes in regards to Russia, China, and the Korean Peninsula.

For Russia, he suggested that in the medium to long term, there was the possibility that China would become a strategic threat to Russia, and at that time Russia would make a strategic shift in its relationship with the West and Japan. Miyake predicted that this timing would be an opportunity for Japan to strategically improve its relationship with Russia, including the issue of the Northern Territories.


In regards to China, he noted that as the US-China relationship was currently fraught, China was making motions about approaching Japan in order to drive a wedge between the US-Japan alliance, but it was important to remember the limits to this approach, as the goal was not a strategic improvement of relations if it meant abandoning the Senkaku Islands and historical issues.


For the Korean Peninsula, he stated that it was unlikely that Japanese relations with South or North Korea would improve in the near future, and that they might in fact worsen, but no matter how poor Japan-South Korea relations became, at the minimum a channel should be kept open for communication.


Miyake concluded by stating that he would like Prime Minister Suga to display leadership with “the ability to get results,” using his ample domestic policy experience and political power, as opposed to the performative leadership of his predecessor, but that he was concerned about compatibility with the US president and improving relations with Japanese bureaucracy.

■Chuokoron, November. Feature: Political Change in Japan and the US—New Suga Administration and the Approaching Presidential Election
Discussion: What Will Happen? Post-Abe Foreign Policy and Security
“With the US and China at odds, now is the time for Japan to show initiative”
Lully Miura (International Political Scientist) and Satoshi Morimoto (Takushoku University Chancellor and Former Minister of Defense)

Miura stated that Prime Minister Suga was someone who preferred concrete policies, and that he would likely also emphasize projects over ideals when it came to foreign policy, implementing projects that would benefit Japan based on its interests. She suggested this was appropriate for representing Japan’s complexity and pluralism, but the prime minister’s negotiation skills, leadership, how he will stick to his principles, and whether he will be able to keep everything in order remain unknown.

Morimoto commented that the standout features of the new prime minister were that he knew everything there was to know about Japan’s bureaucracy, knew what problems Japan was facing that should be dealt with immediately, and knew how to attain his desired results. However, Morimoto also suggested that the prime minister’s experience in foreign policy and security were unknown quantities, and there were concerns over whether the Japan-US relationship could be maintained at its current level, so he would like the prime minister to clearly indicate his ideals and remove these concerns.

Miura argued that when it came to relations with other Asian countries, it had been some time since Japan fell behind China when it came to both capital and cutting-edge technology, and that it was important to approach those Asian countries using soft power. She stated that while Southeast Asian countries were accepting investment from China, they were not interested in becoming exclusive partners with China, and that Japan should bring soft power and unique technology to the table, applying the concept of sustainability to its investment projects in order to help change the social structure of Southeast Asia, arguing that this was an area Japan excelled at.

Morimoto suggested that the most important thing for Japan moving forward was not to consider methods as a member of an alliance, but to take more initiative in its own security. Instead of playing a supporting role where the US is lacking, as Japan has done so far, he argued that the country’s security framework should be rebuilt to one in which Japan takes the lead and the US supports the aspects Japan is lacking in. He commented, “Cooperation with the US is important, but we may be approaching a period in which if Japan cannot create an independent strategy to respond to China, it will not be possible to ensure the country’s safety.”