Magazine Articles of the Month: US-China Power Struggle: The Age of Geo-economics 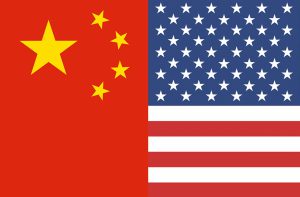 The US-China trade war seemed like it had cooled down with the “phase one” trade agreement announced in December 2019, but the latest issues of major Japanese magazines ran multiple articles with the opinion that the conflict between China and the US was deep-seated, and would continue over the long term. In particular, the struggle for supremacy in the fields of advanced technology and security, as seen in the conflict over Huawei, is expected to become even more intense

Opinions were also presented that a decoupling of the economies of China and the US leading to the creation of two opposing economies was unrealistic due to the complicated interdependent relationship that already exists between the two, and that the US would instead proceed with a strategy of partial separation from China in specific areas such as sensitive technology related to security. The age of geo-economics has arrived, when the economy is used to accomplish geopolitical goals.

Funabashi gave his opinion that while the US-China trade war had entered into a temporary cease-fire, the two counties battle for technological supremacy in strategic technologies such as semiconductors, AI, quantum computing, and biotechnology would only increase in intensity, and finance, investment, and currency would also be drawn into this battle. With analysis that “The power struggle between the US and China has led to the weaponization of their economic interdependence, and created a risk of the decoupling of the global supply chain,” and, “Economic power is used to attempt to create a power balance, while also being used to build deterrence. There is a growing trend to use economic sanctions rather than military force,” Funabashi argued that the age of geo-economics has arrived, where the economy is another method used to achieve geopolitical goals.

Funabashi noted the possibility of facing the following four geo-economic challenges during the 2020s.

First, illiberal innovations under China’s autocratic system in the fields of AI, blockchain, big data, and biotechnology making China into a technological superpower.

Second, the Belt and Road Initiative backed by Chinese money expanding China’s sphere of influence in Eurasia and Africa.

As Japan is very economically dependent on both the US and China, the country is at risk of being torn in two if they decouple, and losing in the race for big data, warned Funabashi.

Kanehara gave his opinion that if the US-China conflict continued until one of their economies peaks, then the US had a better chance to win. While the US has the lead in areas such as vitality from immigration, science and technology, and energy resources, China is dealing with a declining birthrate and aging population, and its economy is expected to peak sometime between 2040 and 2050.

Commenting on Japan’s role standing between the US and China, Kanehara stated, “First, Japan should continue to make it clear that it is cooperating with the US. An obvious part of China’s basic policy is to drive a wedge between Japan and the US: criticizing Japan when Chinese-US relations are good, and approaching Japan when Chinese-US relations begin to turn sour.”

He further argued that while the basic foreign policy for ASEAN countries is to take a neutral position, there are concerns that as things stand China could become too powerful and absorb them, and so Japan should work to encourage American involvement in Southeast Asia. He concluded, “It is not going too far to say that how Japan leads the ASEAN region will determine the fate of Asia over the next 50 years.”

Motegi mentioned that considering the large percentage of the global economy that they control, trade order cannot be maintained without both the US and China, and it is important to encourage the active participation of both countries in the creation of various rules. He further stated Japan should continue to work to involve the US and China in high-quality free trade networks.

Tanaka gave his opinion that the conflict between the US and China was becoming long term, and though they may have reached a "phase one" trade agreement, there would continue to be difficulties in the future. He noted that the reorganization of the global value chain has been continuing since midway through last year, and that the conflict was spreading to technology areas related to advanced technology and security.

Motegi stated that competition between China and the US was heating up in fields that could cause fundamental changes in the socioeconomic system and people’s lives, such as AI, robotics, IoT, and quantum technology. He proposed that it was important to develop transparent, shared rules on the development and trade of technology, while also ensuring the creation of a system making it possible to utilize diverse technologies. He explained that this would be related to reforming the WTO, and that Japan must fulfill a central role.

■ Gaiko, January/February, “The long-term conflict between the US and China casting a shadow on the supply chain,” (The University of Tokyo Professor Yoshiko Kojo)

As reasons for why the conflict between the US and China will likely continue going forward, Kojo suggested that the current agreement was only the first phase, and many issues still remained, as well as American sanctions continuing until China carried out at least some of the structural reforms that the US has demanded.

She gave her analysis that if the conflict continued in the long term and China’s economic growth slowed, production centers would shift from China to Southeast Asia and India at an accelerated pace. She noted that in addition to the Trump administration working to implement supply chain regulations from a security perspective, they were also increasing export controls and investment regulations. US government agencies have been forbidden to use products from five Chinese companies including Huawei, ZTE, and a major security camera manufacturer, as well as no longer being allowed to deal with companies using those five companies' products. Kojo suggested that one of the reasons these laws were passed is that it is becoming harder to differentiate between technology for civilian or military use, and these laws provide stricter controls to prevent technology important to American security from leaking to other countries, in particular China. However, she also noted that as the supply chain is now international, if the US is the only country to enforce strict regulations then US industries may become less competitive.

Considering the superiority of the economic foundation of the US and the slowdown of Chinese economic growth, both countries creating economic zones based on their own technology is unlikely to happen without structural reforms to the Chinese market, Kojo predicted. She concluded by stating that further political and economic conflict between the US and China would not only be undesirable for the global economy, but also carry the risk of destroying the system of the WTO.

■ Chuokoron, March, “How Japan, known for its accessibility, should respond to the battle for technological supremacy between the US and China,” (Chubu University Professor Masahiko Hosokawa)

Hosokawa stated that the tariff fight started by President Trump was only a surface-level conflict between the US and China, and that the technological power struggle with China was entrenched and growing more serious at a deep level at Congress and within the Washington policy community as a whole, and so was likely to continue over the mid- to long-term. He noted that China was seeking to modernize its military along with becoming the greatest manufacturing state in the world, and if the US was to lose its technological advantage over China it would be a major security risk.

China is strategically working towards increasing its self-sufficiency in areas including semiconductors, robotics, large airplanes, information systems, communications infrastructure, and digital currency, and Hosokawa suggested that both China and the US were desperate to escape from their reliance on each other in economic areas related to fundamental security. He stated that “partial separation” between the US and China was a hot topic in Washington right now. With the current economic structure of global interdependence, a full economic decoupling is unrealistic and impossible, but Hosokawa commented that the US is following a strategy of “partial decoupling,” determining specific areas of sensitive technology directly related to security and separating them from China.

Hosokawa gave his analysis that the US was taking an approach of working to prevent sensitive technology from leaking to China, whether it is for military or civilian purposes, and that the export controls were moving towards becoming a “new CoCom targeting China.” Since it would be of limited effectiveness if only the US implemented restrictions, he suggested that the US would look for international cooperation from its allies, including Japan. Hosokawa argued that in this situation, Japan must not become a loophole for leaking technology, and must improve its technology controls including investment and export controls, and that information security at businesses and universities was another urgent aspect of technology control.