The FPCJ held a press tour to Oita Prefecture, covering the current state of recovery from the Kumamoto earthquakes in April and their impact on tourism. The tour also covered the largest geothermal plant in Japan, the local lumber industry, and 300-year-old traditional pottery techniques. This press tour was sponsored by Oita Prefecture, and planned and operated by the FPCJ. A total of 10 journalists participated, from China, Denmark, Germany, Singapore, South Korea, and Taiwan. 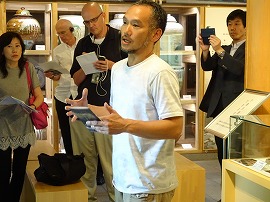 The first stop on the tour was the Ontayaki Pottery Museum, where Mr. Kouji Sakamoto, a potter, explained the history of Ontayaki pottery and what is involved in working as a potter. When asked by a journalist why Ontayaki began in the village, and why it has continued for over 300 years, Mr. Sakamoto replied that it was due to the availability of clay nearby, which remains true today. The tour then saw the communal climbing kiln and the river-powered mortar used to grind the collected clay, learning how Ontayaki is made with a process involving natural energy and craftsmanship. In interviews with young potters in their 20s, they spoke about what life was like as a potter and why they decided to continue the family business. 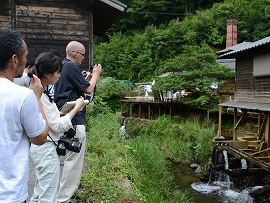 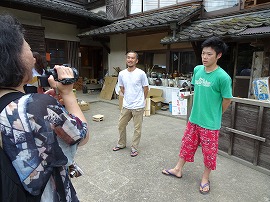 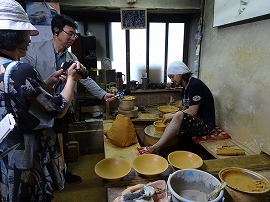 An Oita Prefecture official explained how Oita was 3rd in cedar timber production and 1st for dried shiitake production in Japan, with one of the largest forestry industries in the nation. Hita is a major lumber processing and distribution center for Oita, so disposing of the large quantities of bark that came from processing lumber was an issue. Mr. Yoshida, vice-director of the Hita Resource Development Cooperative, explained how this bark that had been a nuisance was used as fuel to produce steam, which in turn is used to dry out lumber. The journalists filmed and photographed the boilers and wood drying units used in this process, as well as work being carried out at Kondo Seizai and Nogami Seizai, both part of Cooperative KD Hita, which works with Hita Resource Development Cooperative in drying wood. The managers of both companies also provided interviews. The journalists had many questions, such as why so many cedar trees were planted in Japan, demand for lumber in relation to the Tokyo Olympics, and what impact climate change has had on the lumber industry in the past few years. 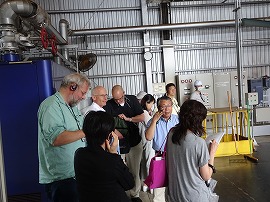 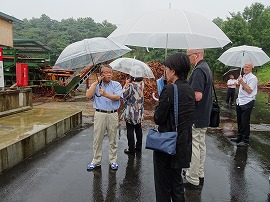 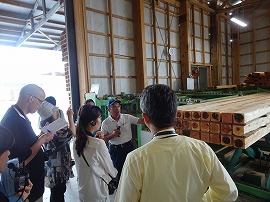 The journalists interviewed Mr. Masayuki Motono, a young artisan who is incorporating modern designs and patterns into traditional geta sandals made using Hita cedar. He explained how inexpensive geta imports from China had led to the 200 geta makers in Hita decreasing to only 10 today. He showed the journalists original geta he had made using airbrushing and nail decoration techniques, or in the style of high heels, in the hopes of having young people wear geta. Questions included the ratio of sales for traditional geta compared to his original geta, whether there had been an increase in younger customers, and what the appeal of geta is. 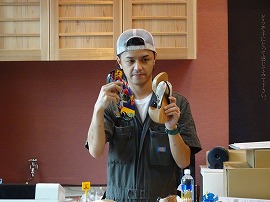 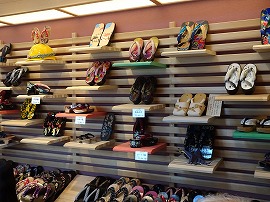 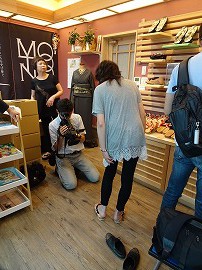 At Kyushu EPC’s Hatchobaru Geothermal Power Station, the largest geothermal power station in Japan, an Oita Prefecture official gave a briefing on the prefecture’s energy policies, while a representative from Kyushu EPC gave an overview of the power station. It was also explained that the Kyushu EPC Group is currently working on initiatives both nationally and internationally in order to increase adoption of renewable energy. Mr. Kawazoe, vice-director of Hatchobaru Geothermal Power Station, said “Geothermal power has a high capacity factor of 80%, with the benefit of providing a stable supply of electricity, but within Japan there are issues with restrictions on development within national parks, coexistence with hot springs culture, and the high initial cost.” Journalists asked about the reason for the high initial cost of geothermal power, whether geothermal power would be considered a base energy source in the national energy mix, and whether geothermal power could replace nuclear power. Mr. Kawazoe explained that geothermal power took time from development before it became profitable enough to cover its cost, that it could become a base energy source due to being able to generate power stably, and that it was unlikely it could replace nuclear power. 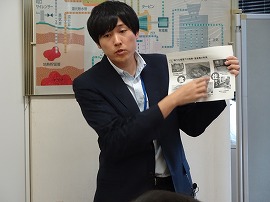 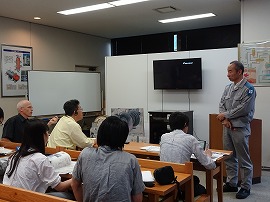 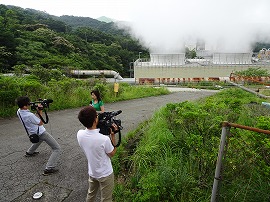 The tour visited Tamanoyu Hotel, one of the top three ryokan in Yufuin, to hear from Mr. Kunpei Mizoguchi, who has been deeply involved in efforts to improve the city. He spoke about how young ryokan operators worked together to organize events when tourism dropped off after an earthquake 41 years ago, and about efforts to make Yufuin into a unique tourist spot while preserving its nature and scenery. The journalists asked him about what issues the Kumamoto earthquakes in April caused for developing tourism in Yufuin. A journalist from South Korea mentioned “There are concerns within South Korea that travel in Kyushu is still dangerous. Do you have any comment towards Korean tourists?” An employee of the Yufu City Tourism Association explained that the earthquakes had only a limited impact on Yufuin and the rest of Oita prefecture, so there were no issues with transportation and it was still possible to safely visit the area as a tourist. After eating lunch, the journalists spent what little time they had photographing and filming the scenery of Yufuin. 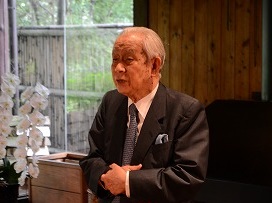 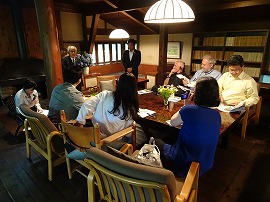 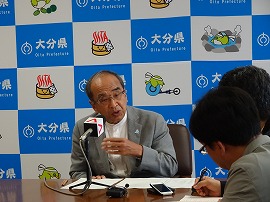 The last stop on the tour was the Oita Prefectural Office, for an interview with Governor Katsusada Hirose. He explained that the three aspects of Oita which residents are proudest of are its beautiful nature, its history and culture, and its world-class manufacturing industry. The journalists asked questions based on the earlier stops in the tour, such as whether the governor thought the “eco-energy” promoted by Oita Prefecture would be able to cover Japan’s electricity needs without nuclear power, why Oita Prefecture is putting so much effort into renewable energy, how long it would take to recover from the Kumamoto earthquakes, and how important the tourism industry was compared to other industries in Oita. After the Q&A session, an Oita Prefecture official responded to some follow-up questions to conclude the tour.