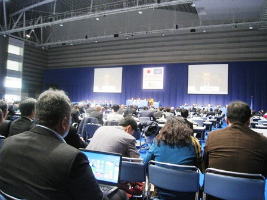 From December 15th to 17th, 2012, the Japanese government and the International Atomic Energy Agency co-hosted the Fukushima Ministerial Conference on Nuclear Safety in Koriyama City, Fukushima Prefecture (Clickhere for details).

To cover the Conference, a total of seven journalists came to Japan from China, India, Indonesia, South Africa, Thailand, Turkey, and the United Kingdom at the invitation of Japan’s Ministry of Foreign Affairs (MOFA).

During the program, the invited journalists toured Fukushima and Miyagi Prefectures, which were severely damaged by the 2011 Great East Japan Earthquake, to cover local efforts to recover from the disaster. They also visited tourist destinations in the disaster-hit areas such as Aizu-Wakamatsu City and Matsushima Town.

During the Conference, delegates from participating countries delivered speeches on lessons learned from the Fukushima Daiichi nuclear accident and also about their own safety measures for nuclear power plants. As an outcome document, the Conference issued a joint statement by the co-chairs. (Click here for more details.) 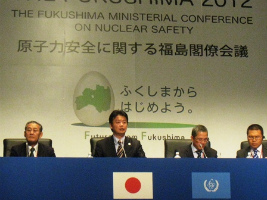 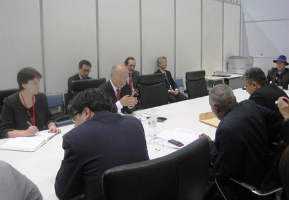 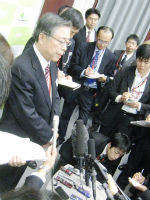 The journalists also took part in a Fukushima Observation Tour arranged for the conference participants. The tour visitedFukushima Agricultural Technology Centre and Fukushima Medical University to observe local efforts to secure food safety and residents’ heath. After the tour, the journalists also participated in a Fukushima Workshop on the Safety of Products from the Disaster-Affected Area, where they enjoyed talks with people in the food industry as well as local food and Japanese sake. 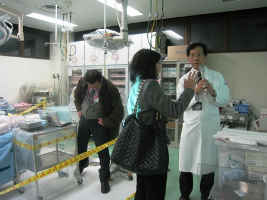 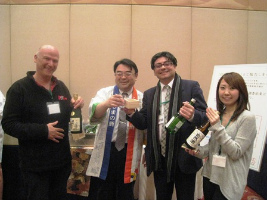 2. Japan's efforts to recover from the Great East Japan Earthquake

In Fukushima Prefecture, the journalists visited Minamisoma City, which was severely affected by the earthquake, the tsunami, and the Fukushima Daiichi nuclear accident. They interviewed Mayor Katsunobu Sakurai; toured Odaka District, which had been designated as a No-Entry Zone until April 2012; and met volunteers engaged in reconstruction activities in the district. On December 16th, Japan’s general election day, they visited a polling station in the city to interview voters. 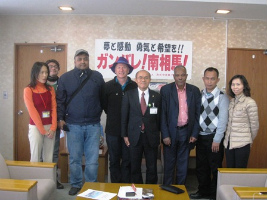 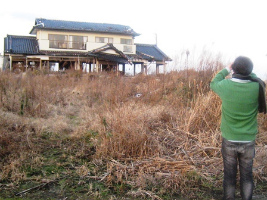 (Picture left above :Mayor Katsuobu Sakurai in the middle)
(Picture right above: A reporter taking photos of tsunami-hit areas in Odaka District. Houses washed away by the tsunami are still there.)

In the Aizu region in western Fukushima, about 100 km distant from the crippled nuclear power plant, the journalists visited a dairy company and a sake brewery, which have been facing unfounded negative rumors induced by the nuclear accident. 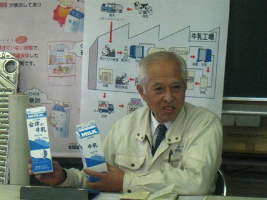 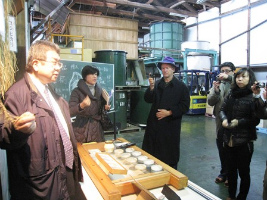 (Picture left above: Mr. Takaya Nihei, President of the Aizu Tyuoh Nyugyo Corporation, says, "We are still struggling to restore sales in large city areas.")
(Picture right above: Mr. Inokichi Shinjo, President of Suehiro Sake Brewery, says, "South Korea and China have suspended imports of our products since the disaster.")

In Miyagi Prefecture, the journalists covered the initiatives by enterprises and a university to launch a new business or project, aiming to recover and further develop the local industries in the disaster-affected areas. Specifically, they covered an initiative by a company called WAGAKI(literally meaning “Japanese oysters”) to try to regenerate the oyster farming industry in tsunami-affected areas, and a R&D Project on the next-generation vehicles by Tohoku University and Toyota Motor East Japan, Inc. 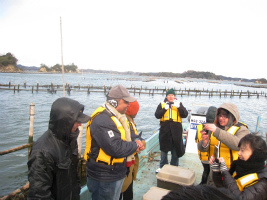 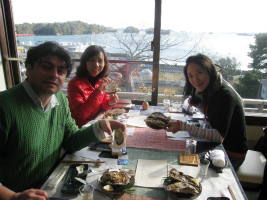 (Pictures above: journalists at an oyster-cultivating site and at an oyster restaurant. WAGAKI aims to produce oysters that can be accepted worldwide by introducing French-style oyster cultivation.) 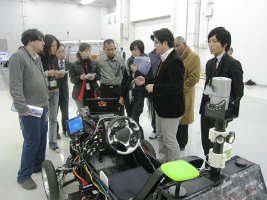 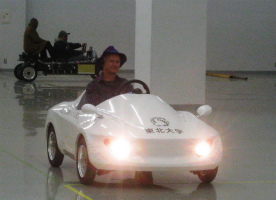 3. Tourist Destinations in disaster-hit areas and understanding of Japanese culture

The journalists visited Aizuwakamatsu City, Fukushima Prefecture, and Matsushima Town, Miyagi Prefecture. They learned about the disaster’s impact on the local tourism industry, while looking around such tourist spots asTsuruga Castle, Matsushima Bay (boat cruise), and Zuiganji-temple. They also enjoyed a hot spring and local food, staying at a traditional Japanese inn in the Aizu region. 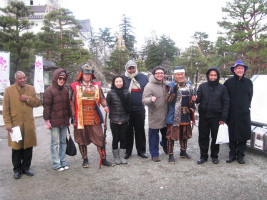 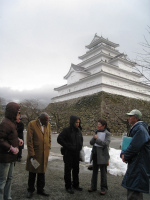