On January 17, Kobe will mark the 20th anniversary of the Hanshin Awaji Earthquake. We interviewed Kobe Mayor Kizo Hisamoto about the lessons learned from the earthquake and promoting the “Kobe brand”. 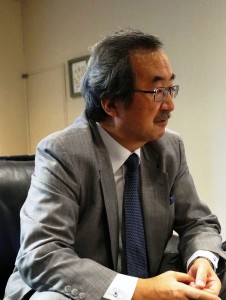 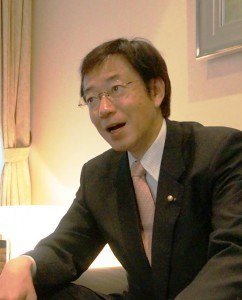 Sharing Expertise in Disaster Prevention and Recovery with the World

–It will soon have been 20 years since the earthquake. How will you continue to share Kobe’s experience in recovering from disaster with the world?

One of the main lessons we learned from the Hanshin Awaji Earthquake is the importance of altruism after a disaster, both domestically and abroad. Twenty years ago, Kobe received a lot of support both from within Japan and from around the world, and the people living here haven’t forgotten. There was a lot of support from overseas after the Great East Japan Earthquake as well, but since Kobe citizens experienced themselves the importance of support across borders, I would like to spread and act upon this message. 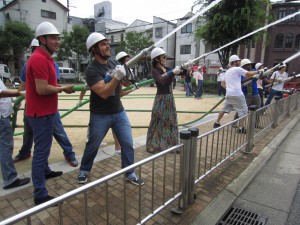 The Kobe earthquake was also unexpected, and the damage was more extensive since no one thought there would be an earthquake. Learning from this, after the earthquake “disaster-prevention welfare communities (Bokomi)” were organized at each elementary school to prepare for disasters at the citizen level. Each area carries out different activities, such as evacuation drills supposing a major earthquake in the Nankai Trough or other areas, or creating a list of elderly and disabled people who would require assistance in the case of a disaster. Every year, this Bokomi approach is shared throughout Asia, Africa and Central and Southern America with workshops held by JICA (Japan International Cooperation Agency). Many countries seem to be very interested in Bokomi, and it has already been implemented in Jakarta, Indonesia. [Photo: JICA Workshop/Provided by Kobe City]

Finally, there are infrastructure initiatives. Immediately after the earthquake, water was cut off in a wide range of areas throughout Kobe. I believe we can also share technology for large capacity water pipes that can resist the vibration of earthquakes and store water temporarily. We are sharing this experience in infrastructure and initiatives with the world.

–Kobe is involved in a variety of international initiatives, and international organizations involved in disaster prevention, insurance and medicine have offices there. The Kobe Medical Industry City Project is strengthening approaches in medicine, with recent news including the retinal transplant surgery that is the world’s first clinical trial using iPS cells. 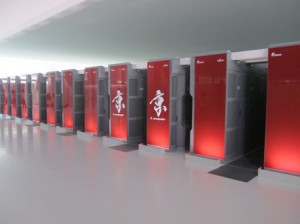 Medicine isn’t limited to just treating patients in hospitals. A unique feature of the Kobe Medical Industry City is that research institutions, hospitals and businesses in the medicine industry all come together to cooperate in cutting edge research and treatment. There are over 280 companies involved in the city. Riken has the K computer, a supercomputer with one of the fastest processing speeds in the world, and is developing new medicines. A next-generation exascale computer is also being developed, with funding in the national budget as of this year. A unique feature of this project is that it includes ‘bio’ such as iPS cells and ‘simulation’ with supercomputers, combined with ‘medical’. I would like to grow the Medical Industry City while creating synergy among diverse fields, and pass on its benefits to Kobe citizens as well as contributing to the world as a whole. [Photo: K Computer/Provided by Kobe City]

–Kobe has a long history as a trading port, and is regarded as one of the most international cities in Japan. Kobe has a lot of connections with sister and friendship cities, but what are your future plans for international relations?

I’m from Kobe myself, and in elementary school I was pen pals with a student in our sister city of Seattle (USA). Since the early 1960s, Kobe has been a pioneer in international relations at the local government level. This year, I visited Riga (Latvia) for the 40th anniversary of our sister city agreement. Latvia isn’t very widely known in Japan, but it is a country with a strong choral tradition, and with choir concerts in Japan and the like, cultural exchange is occurring. 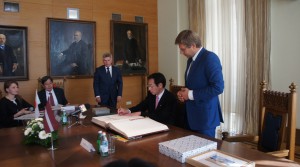 In the future, I would like to put more focus on economic relations, regardless of whether there is a sister city agreement. I believe both the public and private sectors have technology that can contribute to foreign countries. For example, Kobe is a leader in the field of wastewater treatment, and both the city and local companies have relevant knowhow. I think this technology could be useful in ASEAN countries where the urban population is increasing. Sufficient port functionality is also important for these countries to grow, and Kobe has a lot of experience in port operations, including customs and immigration control for large container ships and storage and effective shipping for cargo. I believe that clear contributions to business and technology, instead of just abstract relations, are the future of globalization.

–Are the numbers of foreign tourists to Kobe increasing? What are your thoughts on attracting tourists? 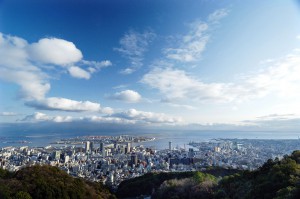 Although there may be temporary dips, over the long term the number of tourists is increasing. To promote tourism, it is necessary to think about what form of tourism Kobe should try to attract. Within Kansai, Kyoto has established an indomitable position as a tourist center, and Kobe cannot hope to imitate Kyoto in this respect. When thinking of what unique attractions Kobe has, the answer is the city itself. Unlike Kyoto, it is a port town by the sea, with an attractive cityscape spread between Mount Rokko and Mount Maya. Having tourists experience the city as if they lived there, with its fashion, gourmet food and Nada sake, could make Kobe a unique tourist destination. [Photo: Kobe Cityscape/Provided by Kobe City]

*A global network seeking to stimulate cities by strengthening their cultural industry, established in 2004 by UNESCO to support mutual exchange through cooperation between creative cities. (Kobe City homepage)

I feel that we need to produce more visible results in this case. I would like to have architects and designers participate in determining whether the cityscape and skyline are appropriate for a City of Design, and work with them to grow as a City of Design.

–Kobe has a lot of appealing qualities, but what will be the focus of the “Kobe brand” moving forward?

That is a difficult question. The reason being, I feel that the Kobe brand has moved beyond being specific gourmet food or fashion, and has become a kind of abstract image. The appearance of the city, its exotic atmosphere, and the weather vanes that became famous due to a (now rather old) NHK serial drama have all combined to create the Kobe brand. But relying on this vague image will lead to the brand slowly vanishing. Recently, it seems that cities in Japan have all been losing their unique character. In that respect, as a City of Design Kobe will have to differentiate the atmosphere and appearance of the city or it will not be possible to increase the value of its brand. Even without prettying itself up, Kobe has a varied gourmet tradition Japanese food made using seafood from Awaji and Akashi, as well as Chinese, Italian and French cuisine, and by combining this with Nada sake and Kobe wine, I would like to promote a strong, specific Kobe brand.

–The FPCJ will be glad to help spread information about the Kobe brand. Thank you for your time today. 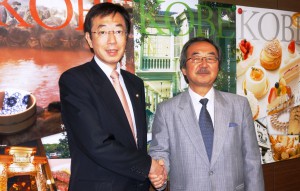