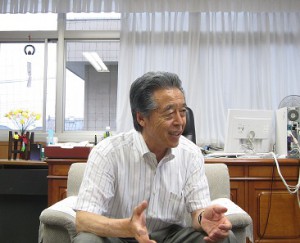 Stewardship of an International Treasure

–How do you feel about the World Heritage Site listing? 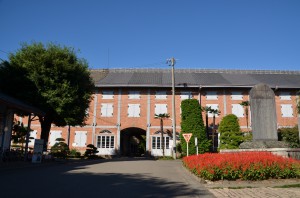 I am simply delighted that the site has been added to the World Heritage List at long last. I am also extremely grateful to all those involved in getting it listed. Looking back, it was quite the journey that led to this listing. To begin with, I think it is amazing that the site still remains in its original condition, over 140 years since its opening in 1872. After the silk mill closed in March 1987, Katakura Industries Co., Ltd took great care in preserving it for the next two decades. In 2005, possession of the silk mill was transferred to the city of Tomioka, and in 2007 it was placed on the World Heritage Site Tentative List. Now that it has become an official World Heritage Site, I am very much conscious of the responsibility involved in this stewardship of a treasure that belongs to the world as a whole, but I am also very thankful.

–What specific efforts are underway to display the value and beauty of the Tomioka Silk Mill to their fullest?

With guidance from the Agency for Cultural Affairs, we plan to spend 10 billion yen on conservation and restoration over the next 30 years. The Conservation and Restoration Committee has been working since we established it seven years ago, and its members include professors from famous universities. The procedures for protecting cultural artifacts in Japan are extremely detailed and take time, but I would like to communicate the value of the building while working on it by allowing visitors to see the process of conservation and restoration. We have also had visitors request to see the silk reeling machines in action, so preserving and demonstrating those moving parts is also a pressing matter. In order to operate the silk reeling machines, it will be necessary to procure cocoons and train personnel, but I would like to set up a system for the entire silk industry, from raising silkworms to reeling silk and making silk textiles.

Explanations play a critical role in industrial heritage sites. In order to handle an even greater number of visitors and help improve their understanding, we are working on training guides, introducing multilingual audio guide sets and improving explanations. 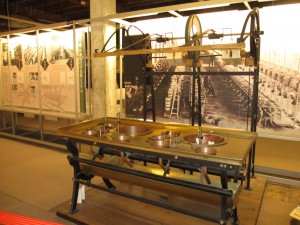 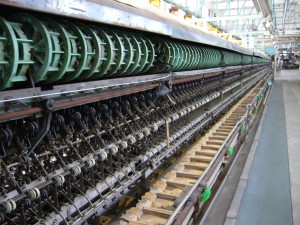 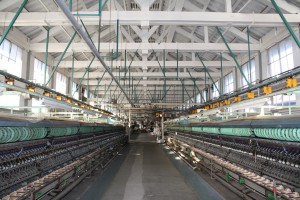 Bringing the Tomioka Silk Brand to the World

–How do you plan on increasing interaction with the rest of the world in the future?

The Tomioka Silk Mill and Related Industrial Heritage sites are the heritage of the silk industry, demonstrating a technological revolution that made mass production of raw silk feasible and technological exchange between Japan and the rest of the world. Silk had been a luxury of the elite, but this revolution caused it to spread throughout the world, benefitting culture and different lifestyles. The value of the site as a World Heritage Site has to form the basis for future exchange. With the opportunity provided by registration as a World Heritage Site, I would like to establish Tomioka silk as a brand and have it used by people around the world. Previously, the Tomioka Silk Brand Council participated in a Silk Market (exhibition and sales event) held by the Chamber of Commerce and Industry in Lyon, France, displaying Tomioka silk products there made using cocoons from Tomioka. 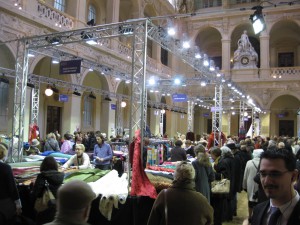 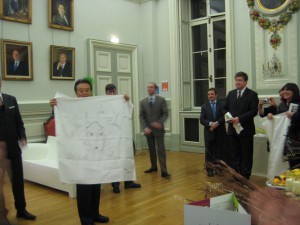 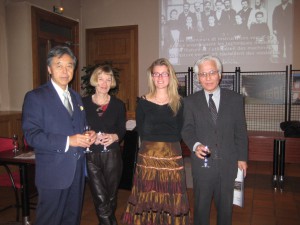 –Tomioka has a French Coordinator for International Relations, and French engineers also helped when establishing the silk mill. Tomioka seems to have a close relationship with France. 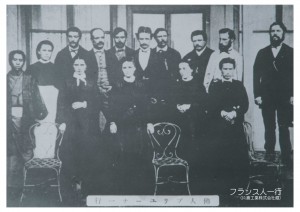 Yes. The city of Tomioka has sent two employees for two years each to work at the Paris office of the Council of Local Authorities for International Relations (CLAIR), which provides support to local governments in a variety of areas for internationalization. Those employees wrote articles about Tomioka in the magazines distributed to communes around the country by the Paris office, and also gave lectures at the hometown of Paul Brunat, who was in charge of construction of the silk mill. 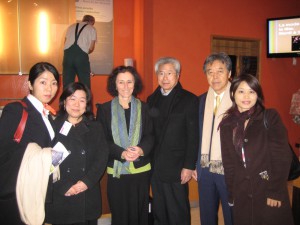 Research on the history of Japan-France relations has also been proceeding, and along with several Japanese architects I visited Lyon, which grew as the center of the silk trade and is now a city of textiles, to learn about the conservation and restoration of buildings and encourage exchange over the course of a week. I am also considering food as another way to encourage exchange, in addition to silk, and am looking at establishing a market in Tomioka. We’ve also started the Joshu Tomioka French project, encouraging Tomioka residents to develop products blending Japanese and French influences. Some of the younger proprietors of local stores have also been suggesting using the opportunity provided by the World Heritage listing to do something to stimulate the local economy. The city has established a policy for providing 3 million yen in aid when renovating a store, and applications have increased as the World Heritage Listing seemed more likely. The citizens of Tomioka have also begun to demonstrate more awareness of the rest of the world.

10. [With the Director of the Lyon Musée des Tissus et des Arts Décoratifs]

–What are some of the highlights of Tomioka?

In addition to the Tomioka Silk Mill, there are a number of impressive historical locations such as Mount Myogi, one of the Three Great Views of Japan and often visited by artists; Myogi Shrine, which is an Important Cultural Property and has one of the most elaborate gates in the country; and Nukisaki Shrine, an Important Cultural Property with the path approaching the shrine surrounded by trees over a thousand years old and the shrine building located at the bottom of the path, a rare configuration. There are also companies that produce konnyaku products, with some of them providing samples near the silk mill and gaining popularity among tourists. If there are too many options, the town will not be known for any one thing in particular, so currently we are working together with restaurant associations to find the perfect Tomioka food. 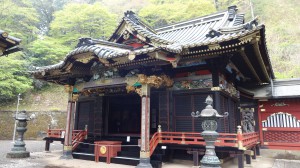 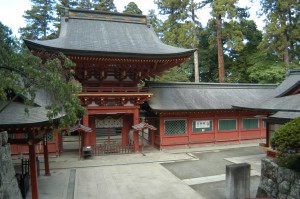