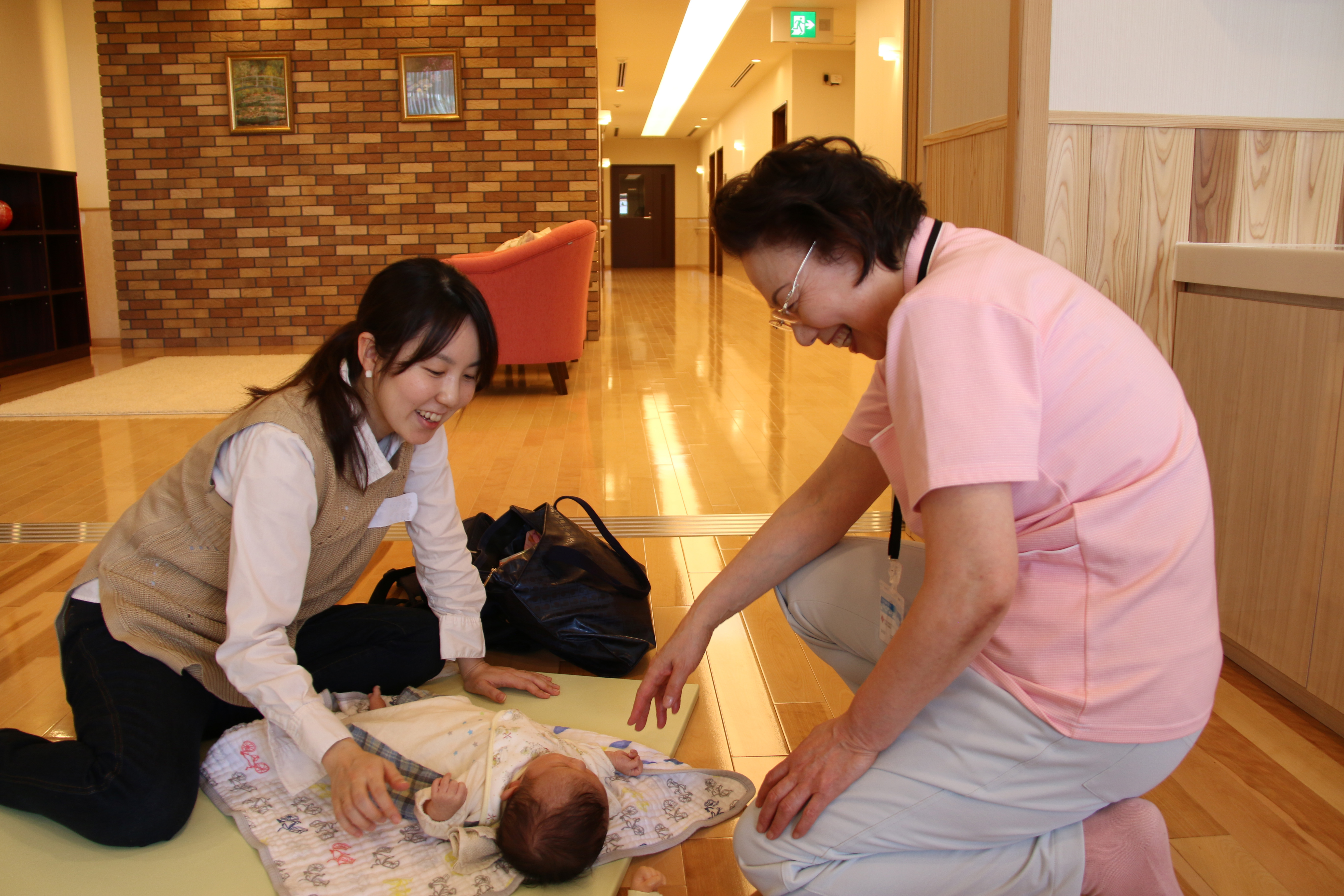 *This tour is targeted at foreign media

With the declining birthrate and aging population, increasing the number of permanent residents is a goal of regional cities throughout Japan. With nuclear families and households where both parents work now common, policies to assist families in raising children are an urgent issue for society as a whole, including businesses and local communities.

With the declining birthrate, aging population, and decreasing numbers of residents expected to continue, Toyama City has taken the lead within Japan for efforts to create a compact city. In addition to encouraging young people to live within the city, another long-term goal is to reverse the trend of a declining population. The city has worked on building an environment that will enable society as a whole to support young families, reducing the financial burdens of childbirth and raising children, and providing ample childcare services.

Toyama City is continuing efforts to build an even greater support network, and in 2017 opened Japan’s first childcare support facility run directly by the local government. This tour will cover efforts by Toyama City to fulfill Mayor Masashi Mori’s goal of “caring for the physical and mental wellbeing of mothers, children, and families, in order to increase the birthrate and improve general support for raising children in Toyama City.”

*This press tour is sponsored by Toyama City and Toyama Television Broadcasting, with planning cooperation by the FPCJ.

* This press tour will require participants to bear part of the cost, but is not a profit-making venture.

*Toyama Television Broadcasting will be filming parts of the tour, and airing the footage as part of a news program.

This facility was opened by Toyama City in 2017 to provide support for raising children, as well as providing home medical care and encouraging community development. This is the first case in Japan of a local government operating a specialized facility with goals such as supporting mothers with concerns after giving birth, and helping them to gain skills for childcare. This tour will cover three types of childcare support provided by this facility: the daycare for sick children, postnatal care support, and child development support.

The postnatal care support section has five rooms, with midwives always present to listen to concerns about raising children. It provides a place for mothers to relax, and it is possible to stay overnight or use as a daycare. Staying overnight costs around the same as a normal hotel at 7,200 yen per night, with nutritionally balanced meals and support by midwives included.

*If there are urgent users of postnatal care support, it may not be possible to visit that section.

2. Peace of Mind with a Place for Communication, Consultation, and Learning

Located in front of Toyama Station, Toyama Children’s Plaza is anticipated to play a key role in encouraging families raising young children to live within the city as part of the compact city policy.

Toyama Children’s Plaza, combining a children’s library and childcare support center, opened in March 2013. The facility was built in response to the decline in places to support raising children within Toyama City, and to help deal with the loneliness and anxiety felt by parents raising children. Based around the theme of “a place where parents and children can spend time without worrying,” the Plaza helps children to develop emotionally and learn through reading, and provides opportunities for interaction and trying new experiences through play, providing support to deal with the concerns of families raising children.

The facility includes a space for pre-school children to play, built alongside the library, as well as childcare workers to provide advice on raising children, nutritionists to provide advice on baby foods, and periodic seminars and lessons on parenting. A telephone consultation service for raising children started based on demand from the public is available 24 hours a day, 365 days of the year.

In the 2016 fiscal year (348 days open), the children’s library was used by approximately 72,000 people, and the childcare support center had 65,000 users, with those numbers growing every year. As a place for communication, consultation, and learning where parents with concerns and worries over raising children can find peace of mind, the users range from pregnant women to families with children.

①Librarian Ms. Satomi Seto will introduce the children’s library to the tour.

②Deputy Director Ms. Masako Kameyama will guide the tour around the childcare support center, explaining the facility’s concept and its activities, and how it is used. There will also be an opportunity to interview facility users.

By improving public transportation, and concentrating city functions and public transportation routes in the city center, the mayor has worked towards creating an efficient, compact city, one of numerous initiatives with the goal of improving the city’s overall capacity to provide support for raising children and for seniors.

Toyama City’s initiatives are receiving attention from many cities within Japan and around the world facing the same issues of a declining population and super-aging society. In 2011, the city was designated by the national government as an Environmental Future City one of 11 Future Cities, and the city has continued pushing forward with creating a compact city, in addition to introducing renewable energy taking advantage of its geographic features and encouraging new industries based on its traditional medicine industry. In 2014, Toyama City was the first Japanese city to be chosen as one of the Rockefeller Foundation’s (a US philanthropic institution) 100 Resilient Cities, receiving support from the foundation to develop a system to oversee resilience and create a resilience strategy.

The Toyama City Glass Art Museum is the centerpiece of Toyama City’s project to develop the city through glass, and the building it is located in, Toyama Kirari, was designed by architect Kengo Kuma, who also designed the New National Stadium that will be the main venue for the 2020 Tokyo Olympics and Paralympics.

①Mayor Masashi Mori will speak about Toyama-style urban management through the compact city strategy, and building a city providing peace of mind for raising children.

Hokuriku Bank is a major regional bank, with its head office located in Toyama City. Of its 4,799 employees, women account for almost 60%. In July 2007, the bank announced its “Hokuriku Bank Better Work, Better Life Declaration,” with the goal of creating a workplace that is easy to work at in order to support working while raising children, to support training the next-generation and improving work-life balance. In July 2016, Hokuriku Bank was the first company in Toyama Prefecture to receive Platinum Kurumin certification for measures supporting raising children from the Ministry of Health, Labour and Welfare, and in September 2017 received Eruboshi (second class) certification for meeting standards under the Act on Promotion of Women’s Participation and Advancement in the Workplace.

The bank is also moving forward with work-style reform through initiatives for efficiency, a major policy of its mid-term management plan BEST for the Region, testing staggered work hours and telework to prepare for broader adoption of such systems, and providing support for women and others to participate in the workplace.

*The schedule may be changed due to unforeseen circumstances.

■Cost: 5,000 yen including transportation and meal 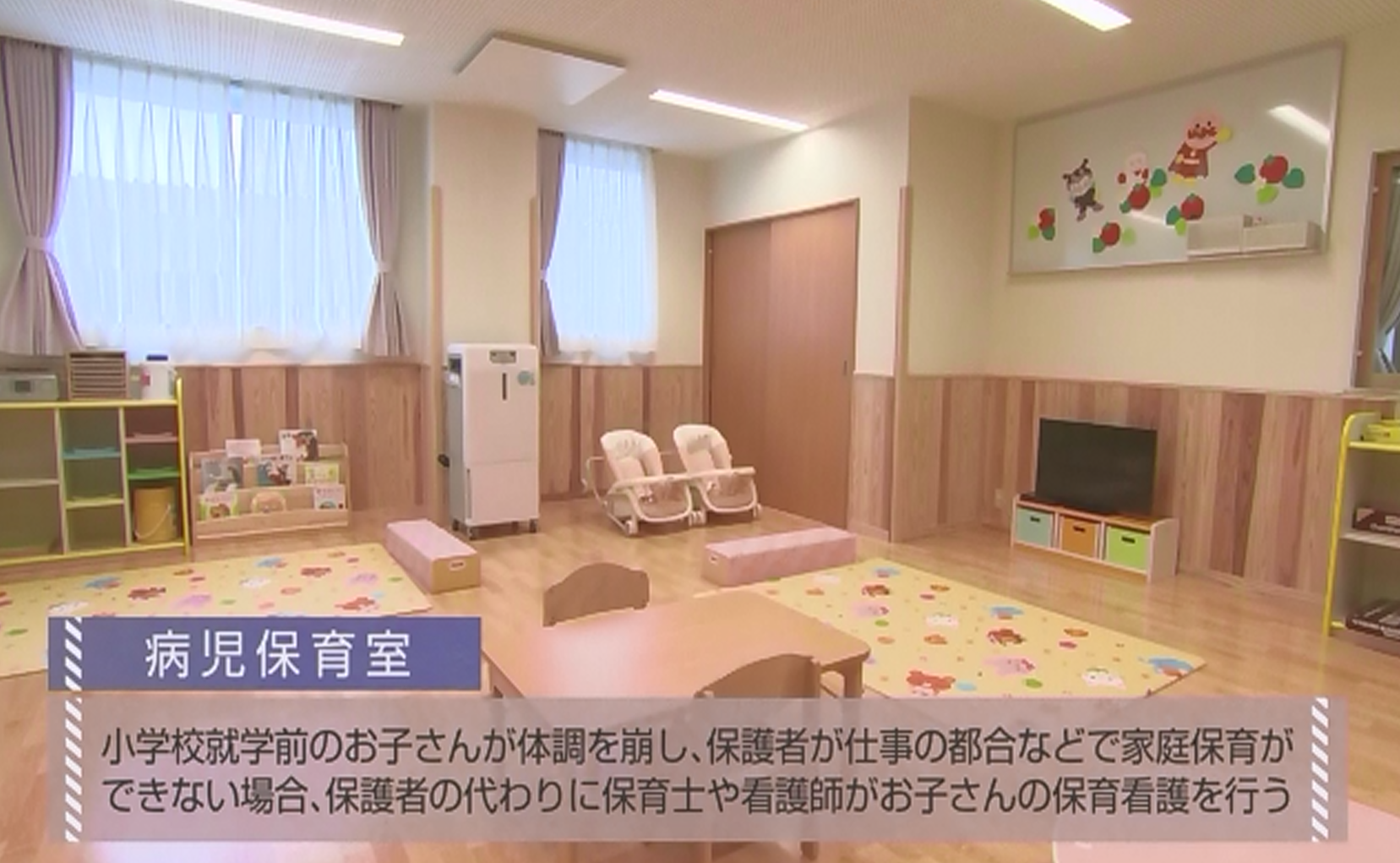 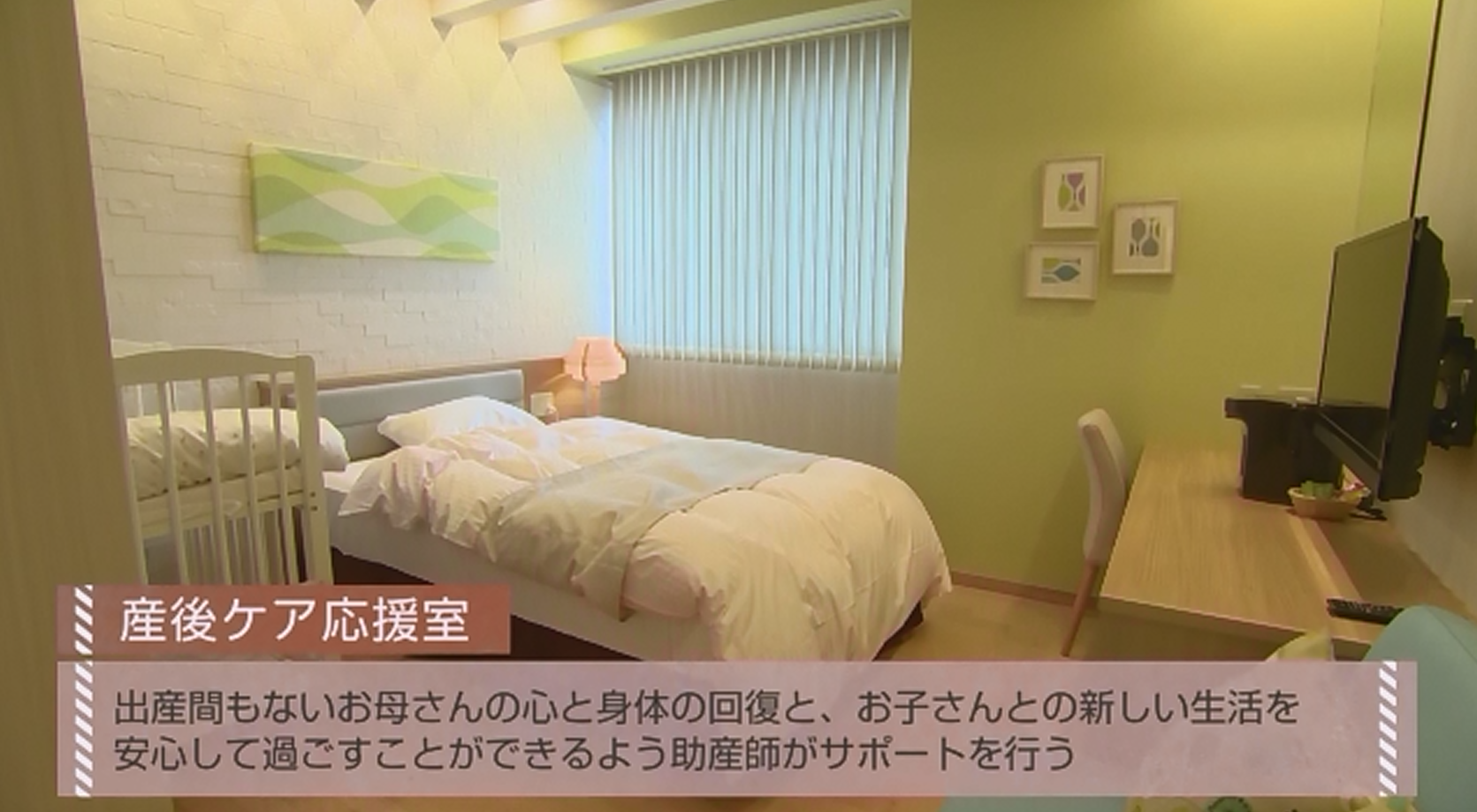 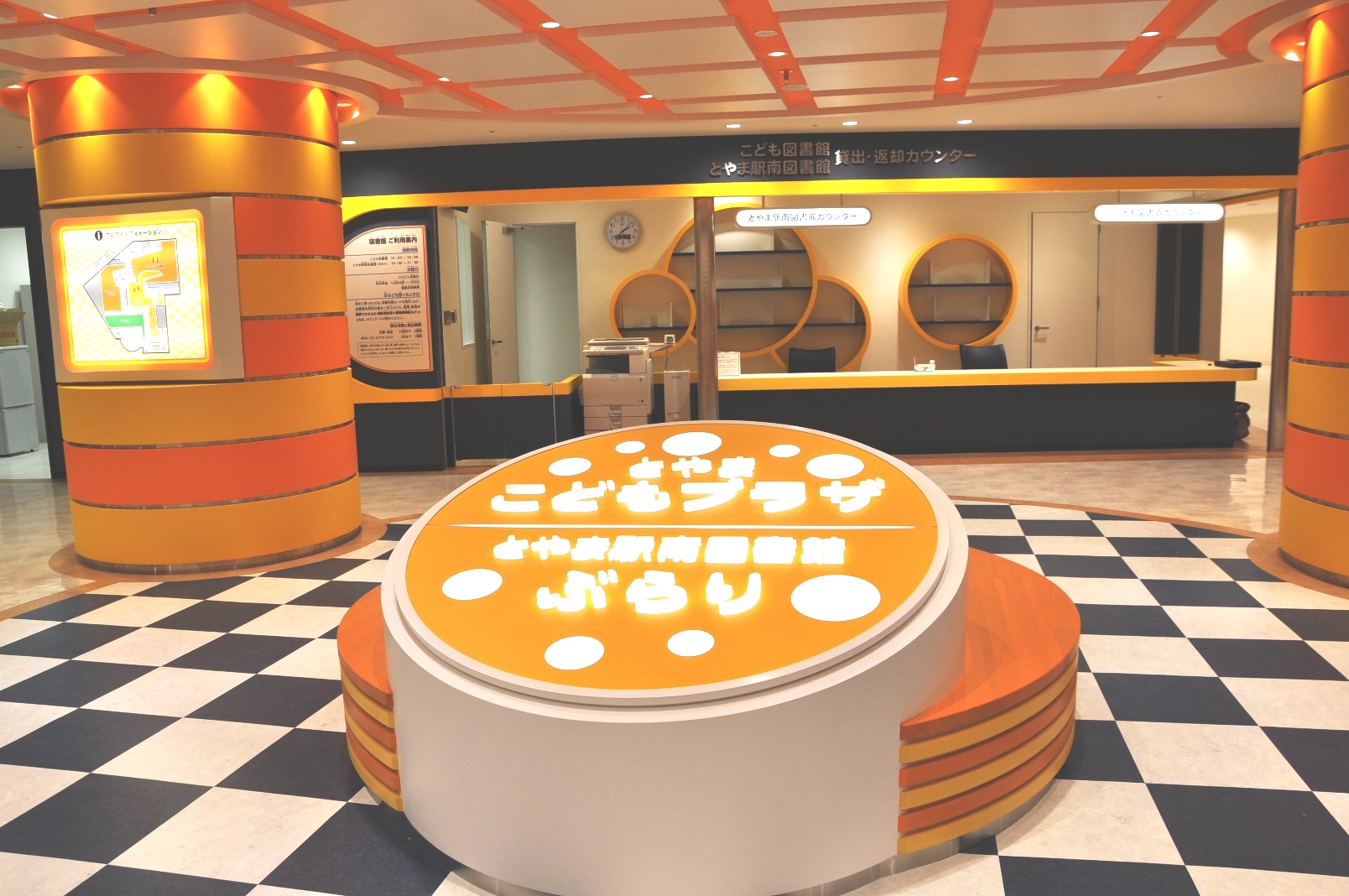 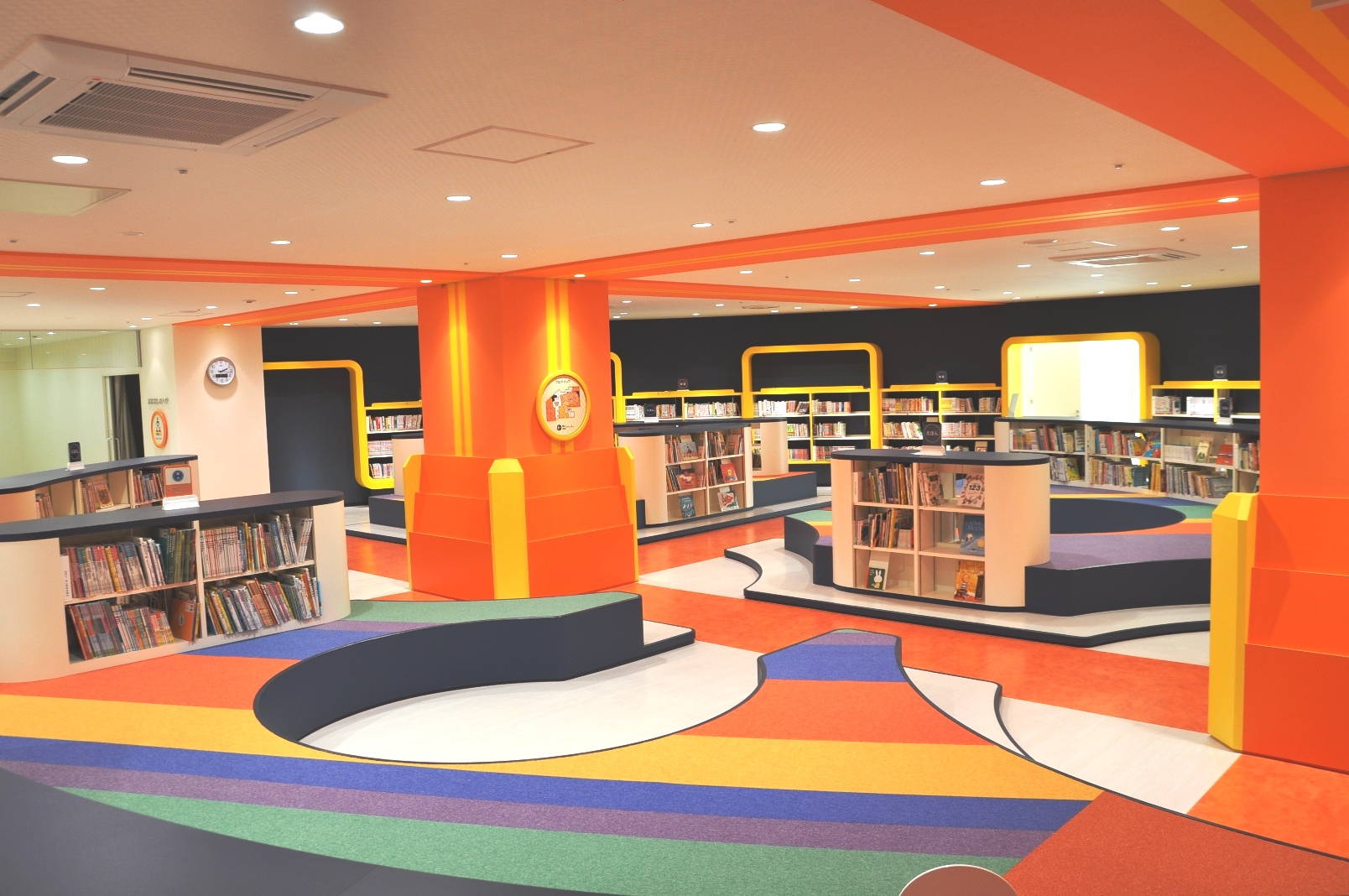 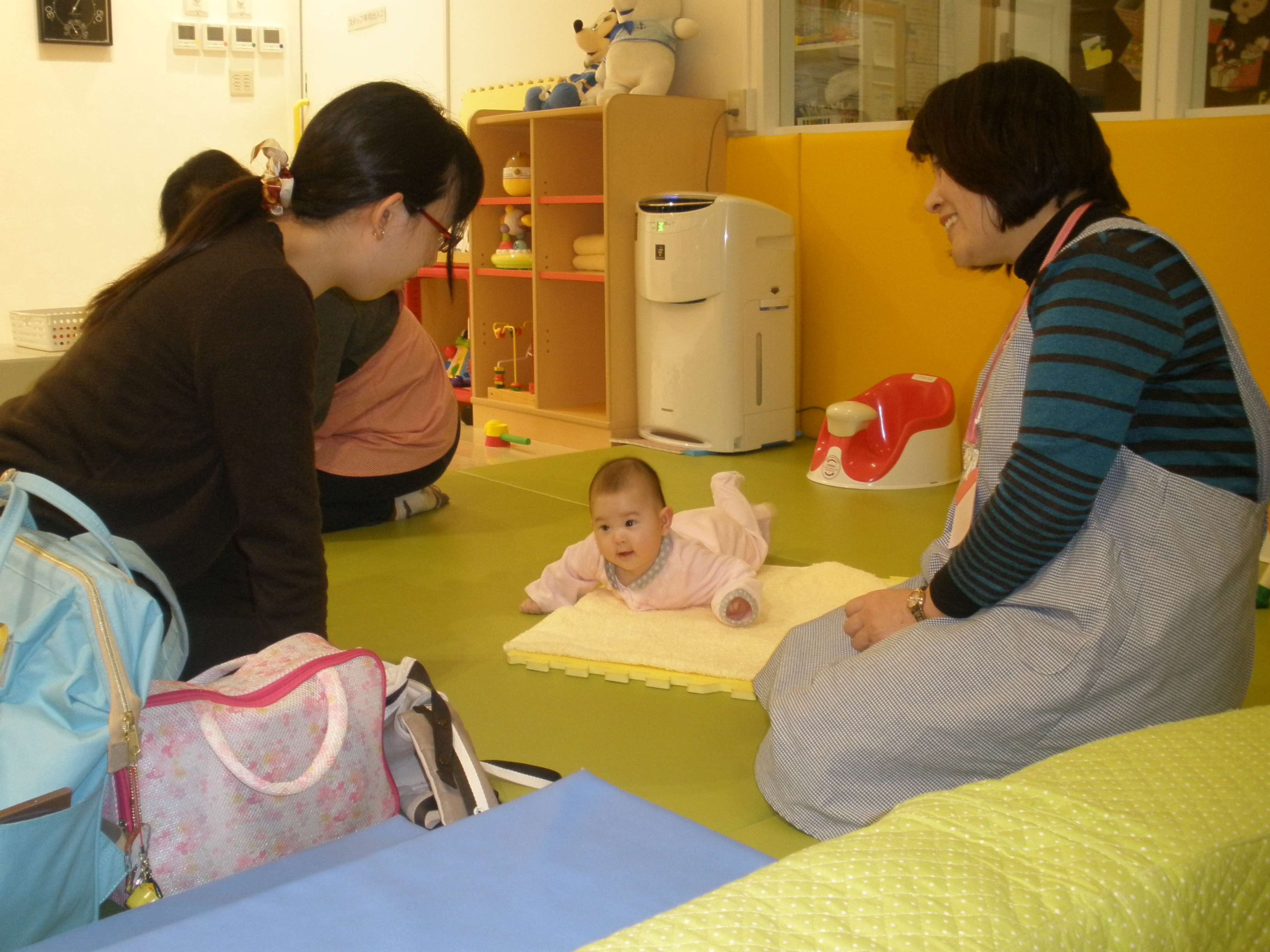 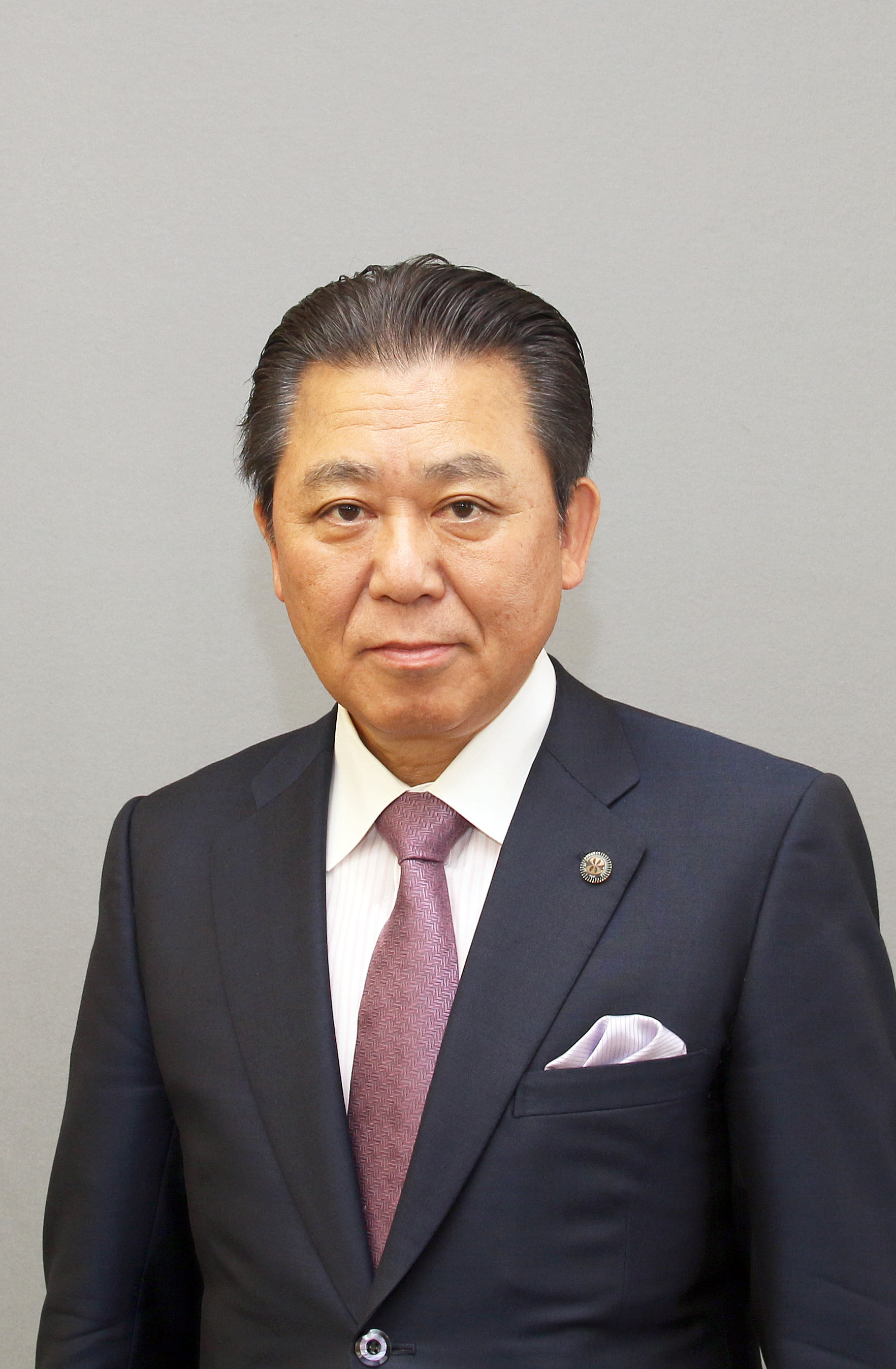 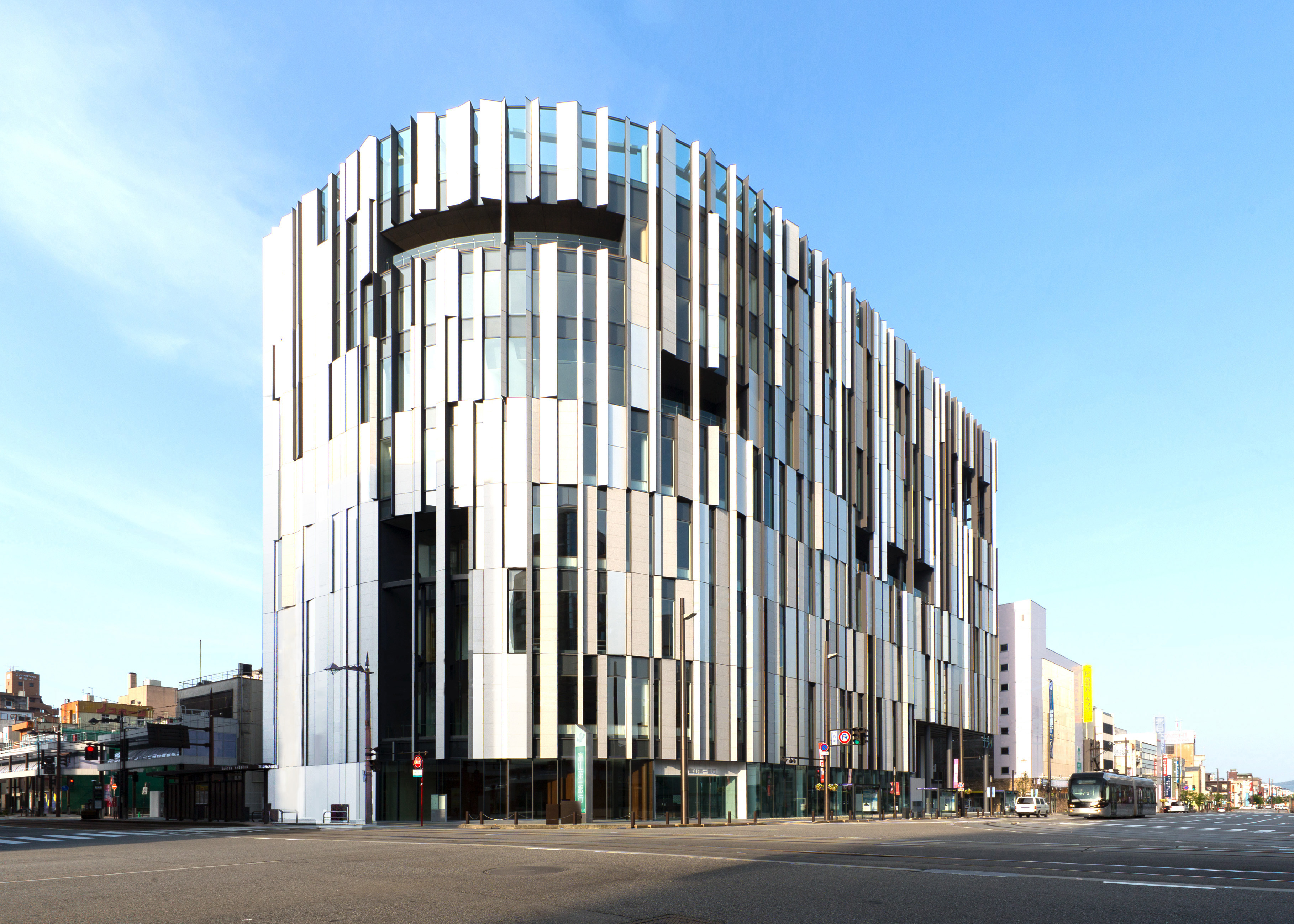 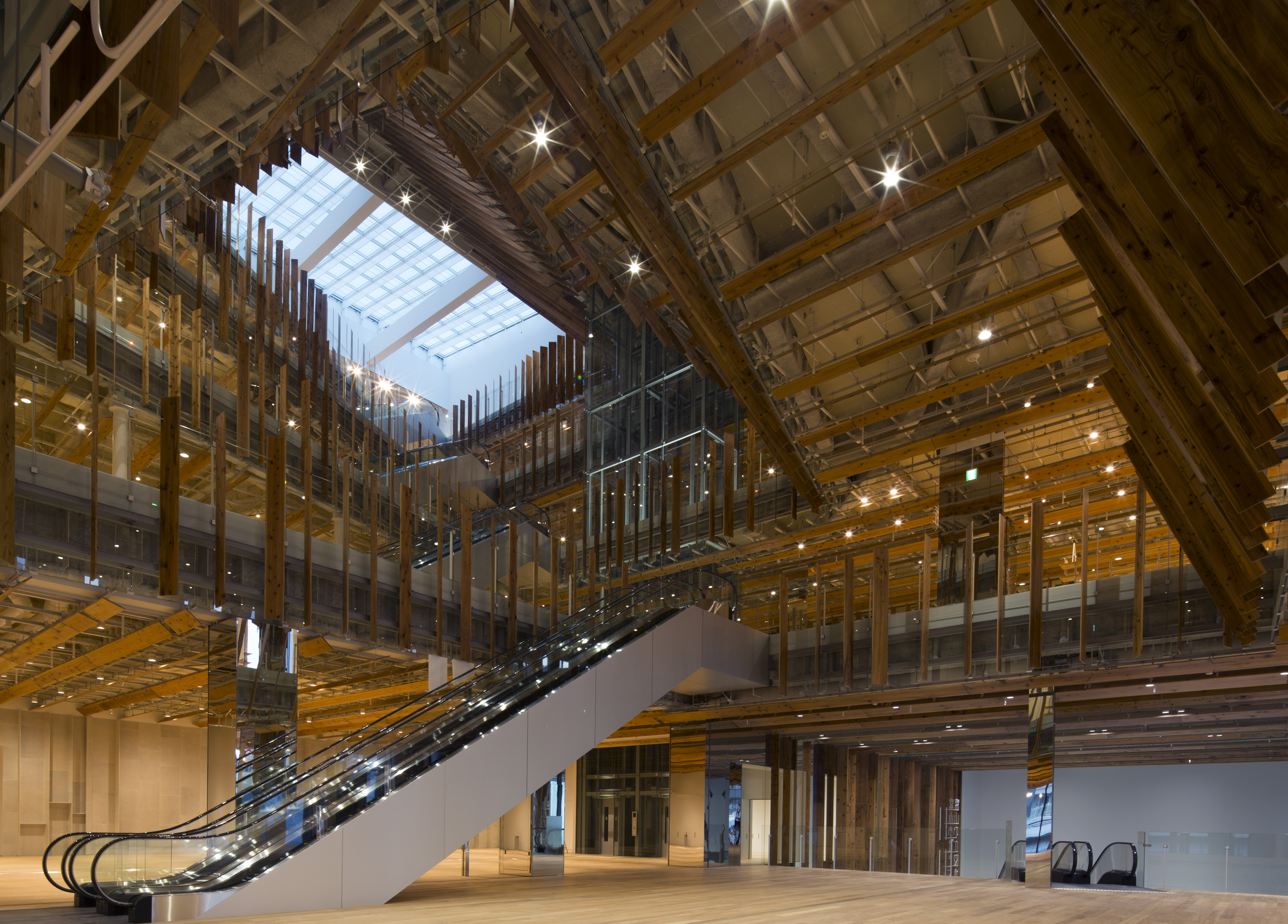 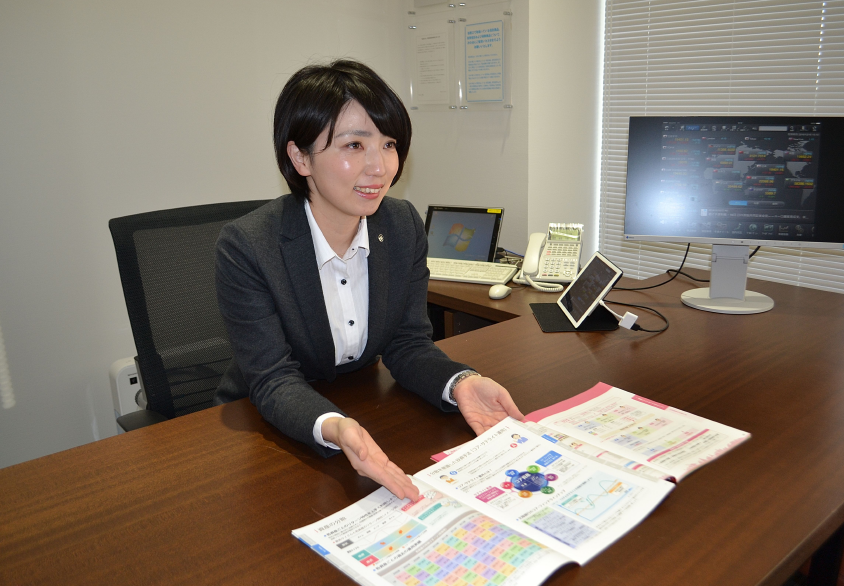