The Tokyo Media Center (TMC), which supports media outlets around the world in their coverage of the Olympic and Paralympic Games Tokyo 2020, will be hosting a series of online talks called “TMC Talks”, given by experts and Governor Koike almost every day at 2:00 pm (JST) during the Games.

TMC is delighted to announce the program topics ahead of the first TMC Talks on July 21.

Date: July 27 (Tues.)
Speaker: Takayuki Kishii
Title: Project Professor of Nihon University
Topic: The Changing Face of Tokyo : From Edo to Today, and into the Future

Registration is required to view the TMC Talks and participate in the Q&A session.


TMC Talks Speakers (during the Olympic Games period)*Order of presentation

KOIKE Yuriko, Governor of Tokyo
Koike became Tokyo’s first female governor in 2016 and was re-elected to a second term in 2020. As governor, Koike is proactively advancing numerous initiatives, including those focused on empowering women in society and eliminating child-care waitlists to create a work-friendly environment for women.
Koike was elected to the House of Councillors in 1992 and to the House of Representatives in 1993, where she served for a total of eight terms. She has held several cabinet posts, including Minister of the Environment and Minister of Defense. As Environment Minister,  Koike introduced the Cool Biz campaign to encourage workers to wear light and comfortable attire during the summer months.
Before entering national politics, she worked as a newscaster covering economic issues.  Koike graduated from Cairo University, Egypt.

Ross Rowbury, Principal, 3i Consulting
Ross Rowbury has been living and working in Japan for four decades. Originally starting his career in finance, he later moved into public relations holding executive positions at Gavin Anderson & Co (now Kreab), PRAP Japan where he was Senior Managing Director and COO, and most recently as head of the Edelman operations in Japan.
Ross now works as an independent consultant, has a monthly interview series on sustainability with the Japan Times, is Visiting Professor of Asian Marketing at Kyoto’s Doshisha University and a Board Member of suicide prevention NPO, TELL (Tokyo English Life Line). He is also studying to become a traditional Japanese storyteller, or “kataribe.”

Roy Tomizawa, Sports Journalist
Roy Tomizawa celebrated his first birthday on the opening day of the 1964 Olympics. His father worked with the NBC News crew that broadcast those games to homes in the United States. As far back as he can remember, Roy has been a fan of the Olympics. A year after Tokyo was awarded the Olympic and Paralympic Games Tokyo 2020, Roy went searching for an English-language book that chronicled the 1964 Olympics, but couldn’t find one. As a former print journalist, he decided to write that book. After four years of research and interviews of over 75 Olympians from the ’64 Games, he published the book, “1964: The Greatest Year in the History of Japan – How the Tokyo Olympics Symbolized Japan’s Miraculous Rise from the Ashes” in 2019. Roy is a leadership and talent development consultant from New York with over 30-years’ experience in Asia, working for such companies as, Microsoft, DBS Bank, Morgan Stanley and Mercer Human Resource Consulting.

KISHII Takayuki, Project Professor of Nihon University / President of the Institute of Behavioral Sciences
Kishii is a city planning expert. After working for the Ministry of Construction (now MLIT), he joined Nihon University in 1992, and assumed his current position there in 2018. In 2017, he became President of the Institute of Behavioral Sciences. He has served as President of the City Planning Institute of Japan, Chairman of the Tokyo Metropolitan Government Cityscape Council, and Chairman of the Special Committee for Urban Development Research of the Tokyo Metropolitan City Planning Council, and currently serves as Chairman of the Chiyoda City Planning Council. He also serves as an advisor to urban development projects throughout Tokyo, including the Otemachi-Marunouchi-Yurakucho (OMY) district, Shibuya, and Shinagawa. His many publications on Tokyo include “An Overview of Tokyo’s Urban Development,” published by Tokyo Toshizukuri-kosha in 2019, and “Tokyo 150 Projects, Urban Diversity Management,” published by Shinkenchiku-sha in 2015.

Noritaka Tatehana, Contemporary Artist
Born in 1985 in Tokyo, Tatehana first created “heel-less shoes” inspired by the tall wooden geta sandals worn by oiran (high-ranking courtesans) during the Edo period for his graduation project at the Tokyo University of the Arts. This endeavor caught the eye of American pop artist Lady Gaga. Tatehana’s “Rethink” exhibition showcased a series of works created with the concept of redesigning and modernizing Japanese traditional culture and art and received great acclaim overseas. He has continuously endeavored to create works that express the modern age by giving contemporary meaning to traditional objects like oiran, puppet theater, swords, and Japanese views of life and death. Many of these works have been collected by museums including the New York City Metropolitan Museum of Art and the Victoria and Albert Museum.

MIYASAKA Manabu, Vice Governor of Tokyo
Miyasaka is advancing various digital transformation measures to realize the Tokyo version of Society 5.0, “Smart Tokyo,” where Tokyo’s potentials are drawn out by the power of digitalization so that Tokyo citizens can lead high quality lives. Miyasaka gained expertise in business management at Yahoo Japan Corporation where he worked for over 20 years, even serving as its chairman. After leaving Yahoo Japan, he took the position of Counselor at the Tokyo Metropolitan Government in July 2019, where he formulated the “Tokyo Data Highway Basic Strategy” with the goal of building the world’s fastest mobile internet network. He was appointed vice governor in September 2019 as the first person to assume this position from the private sector in 12 years. Since then, he has been working even more vigorously to advance projects for the city. Miyasaka is also in charge of measures related to the realization of "Global Financial City: Tokyo," where Tokyo is the financial center of Asia and the world. He is working on initiatives such as attracting financial companies and talent from around the world, fostering the asset management and fintech industries, and examining strategies to boost the green finance sector.

Yoshiharu Hoshino, CEO, Hoshino Resorts Inc.
Yoshiharu Hoshino was born in 1960, in Karuizawa, Nagano, and is the fourth generation in a family ryokan (Japanese inn) business. After graduating from Cornell University with a master’s degree in hotel management, he became the CEO of Hoshino Resorts Inc. in 1991. Under his leadership, the company has grown to operating 46 properties in and outside of Japan with a total of five brands, HOSHINOYA, KAI (a brand of upscale boutique hot spring ryokan), RISONARE (a premier active family resort brand), OMO (a warm and casual hotel for city-tourism) and BEB (a carefree hotel brand targeting millennials). In 2013, Yoshiharu Hoshino established Hoshino Resorts REIT, Inc., listed on the Tokyo Stock Exchange, the first REIT in Japan to specialize in the tourism industry.

Hiroshi Nakaso, Chairman, the Organization of Global Financial City Tokyo
Hiroshi Nakaso was appointed chairman of a new organization to promote Tokyo as a global financial center. The new organization is known by its abbreviated name, “FinCity.Tokyo”. He was appointed chairman of the Daiwa Institute of Research (DIR) in July 2018 after completing his term as Deputy Governor of the Bank of Japan (BOJ). He served as Deputy Governor of the BOJ from March 2013. In his 39 years at the BOJ, his main responsibilities were crisis management of financial systems and markets focusing on global systems. He dealt with the domestic financial crisis of the 1990s. He headed the exit operation from the Quantitative Easing Policy, a prototypical unconventional policy that lasted from 2001 to 2006. In addition, he played an instrumental role in addressing the Global Financial Crisis together with his peers at major central banks including the Federal Reserve Bank.

Naoko Imoto, Olympian
Imoto is a former Olympic swimmer (Atlanta 1996), a Tokyo 2020 Gender Advisor and a UNICEF Education Specialist who has worked around the world for children’s education.


Benefits of TMC Online Service
1) TMC Web will be your home for various information during the Games, including photos, videos, data regarding Tokyo and more.

2) TMC Newsletters will update you twice a day with what’s happening in Tokyo during the Games.

3) TMC Briefings will live-stream daily briefings from the Tokyo Metropolitan Government. You can cast questions to the officials.
They are scheduled from 12:30 pm to 1:00 pm, Japan Standard Time (JST), from July 23 to August 8 and from August 24 to September 5, 2021.

4) TMC Talks will video-stream daily live presentations and recorded messages by Governor Koike and/or global leaders from various fields such as sports, culture and urban development. The main theme will be the future of Tokyo. You can cast questions to speakers via online tools. More details about TMC Talks will be announced soon.
They are scheduled from 2:00 pm to 2:40 pm, JST, from July 21 to August 8 and from August 23 to September 5, 2021.

5) TMC Online Concierge will answer your questions and provide consultations about Tokyo-related coverage and photography. It will be available between 8:00 am and 10:00 pm, JST, from July 21 to August 8 and from August 23 to September 5, 2021.

We are looking forward to serving you soon!

Services:
Workspace and lounge
Approximately 120 seats available to create a work environment for journalists.
A drink corner offering refreshments will also be provided.

Japanese Liquors Booth
The National Tax Agency (NTA) will have a booth to introduce Japanese liquors.

Internet Connection
Wi-Fi available for use by registered members.

* Detailed information such as COVID-19 countermeasures and how to enter the facilities will be periodically updated on the TMC website and TMC Briefings.

<Important Notes for Press and Broadcasters with Tokyo 2020 Accreditation>
‧ For the first 14 days, you can only carry out activities submitted in your Activity Plan, at places on the list of permitted destinations. Unless you submitted TMC as your destination and it has been approved, you are not permitted to use the TMC facility.
‧ You must use dedicated Games vehicles or the TCT service. Do not use public transport for the first 14 days.

<TOKYO UPDATES>
Tokyo Metropolitan Government (TMG) launched a new media platform to show the world the ever-changing face of Tokyo now and the future in May 2021. This platform features content such as articles which focus on the attractions of Tokyo and the people who live, study, and work in the city. Please be sure to check it out.
URL: https://www.tokyoupdates.metro.tokyo.lg.jp/en/ 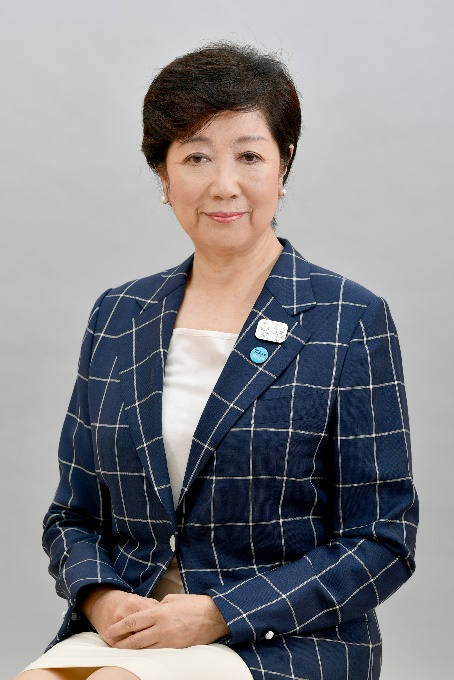 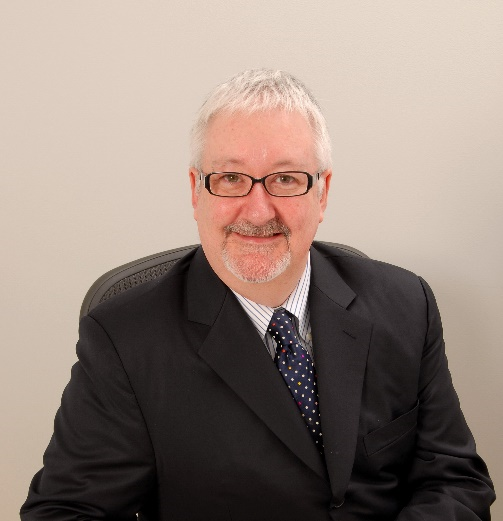 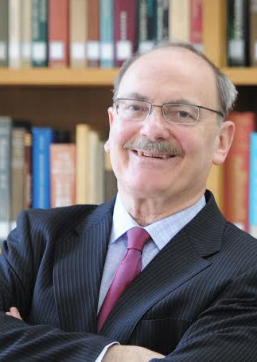 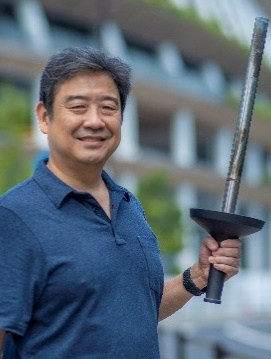 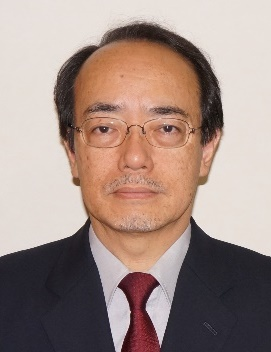 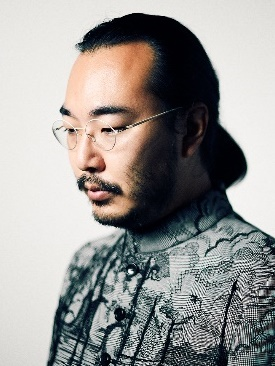 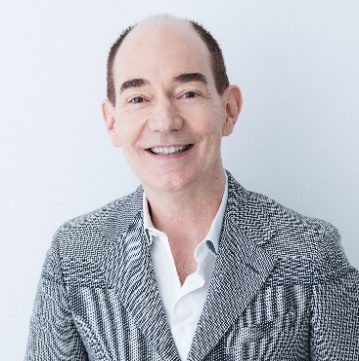 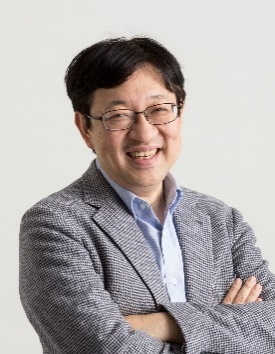 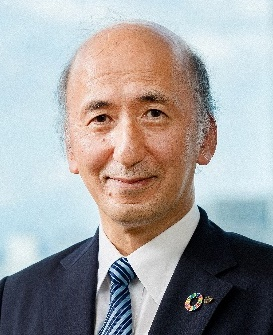 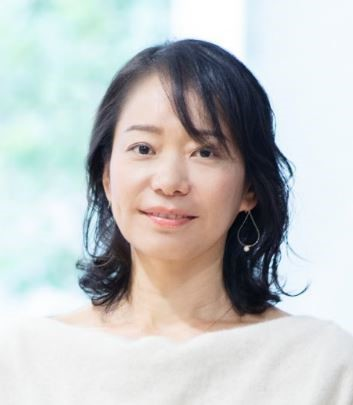