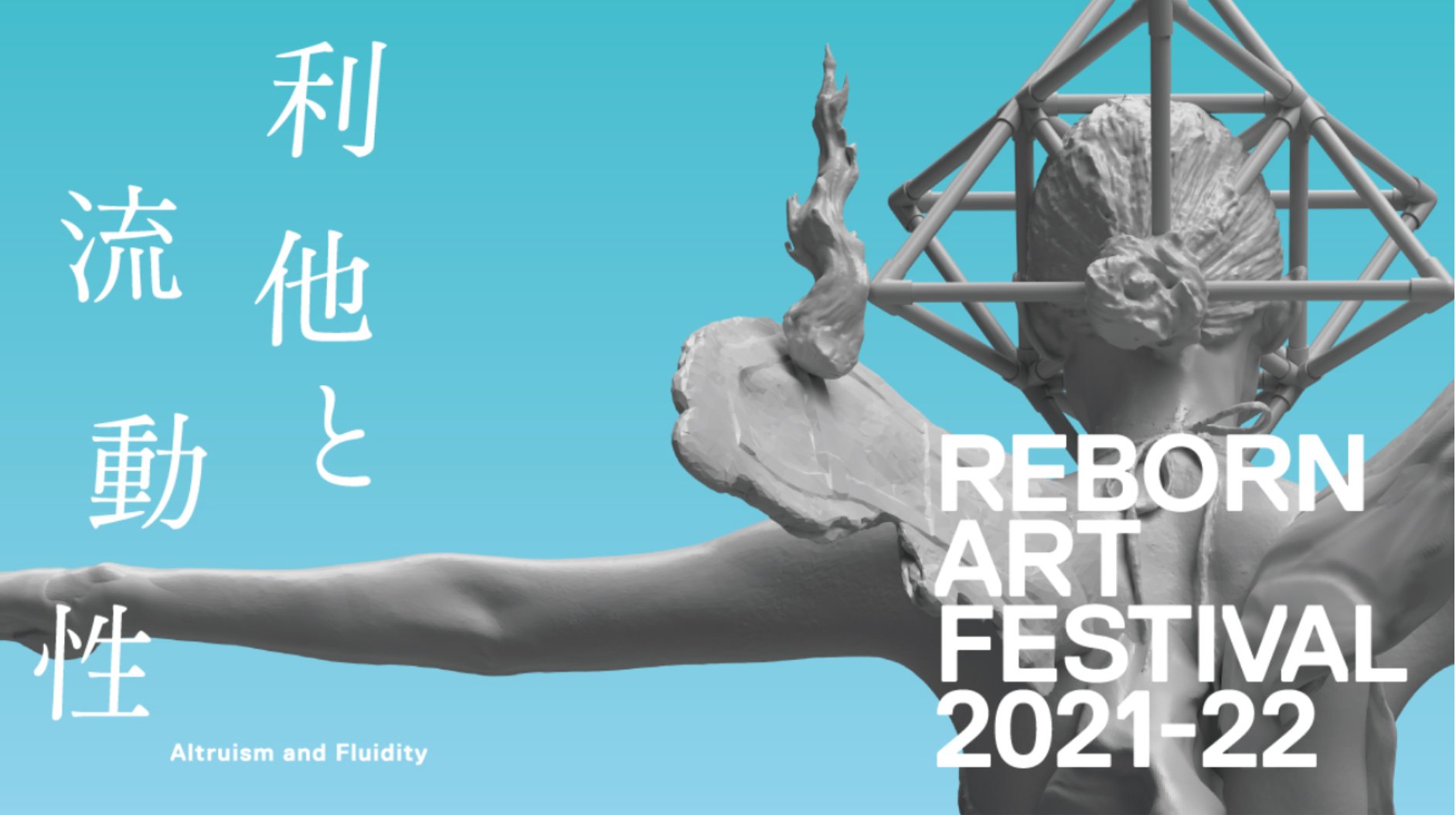 Marking the tenth anniversary of the Great East Japan Earthquake, the third edition of the festival is held over two separate periods in consideration of the ongoing COVID-19 pandemic. Under the theme of “Altruism and Fluidity,” Reborn-Art Festival is organized in two terms in, respectively, summer 2021 and summer 2022.

At a time when the globe is once again assailed by new uncertainties caused by a disastrous war, we aspire to present a vision of a new world never seen before through sharing a wide range of artistic expression.

*What is Reborn-Art Festival?
Mainly held in Ishinomaki City, Miyagi Prefecture, Reborn-Art Festival is a comprehensive festival of art, music, and food. Based on the concept of “Reborn-Art” as a means of living, it started in 2017 in the area devastated by the Great East Japan Earthquake.

Message from the Chair of the Executive Committee

The word “altruism” might lose its meaning once it is explicitly stated.
The COVID-19, now in its third year, is still pushing us into unknown territory.
In Europe, a war that we never thought possible has created a murky situation whose outcome is still unclear.
We don’t know what words to use to resist. And yet we don’t lose hope.
While I do not know how a sense of altruism works in these chaotic times, it is surely latent in art, food, and music. Reborn-Art Festival is taking place again, I believe, in order to feel all forms of life and connections to the source of life, and to find new perspectives beyond these difficulties.

Many memorials and various reconstruction efforts have cheered up the local people. And yet, we as outsiders have a sense of regret. While our safety is assured by the impressive seawalls that extend as far as the eye can see, we feel sad that we have lost contact with the beautiful ocean. Similarly, given that the thirty-eight-hectare Ishinomaki Minamihama Tsunami Memorial Park, which was built to commemorate the reconstruction and for the repose of the dead, is desolate and empty, further guiding principles are surely required for the future.

Since we launched Reborn-Art Festival in Ishinomaki in 2017, we have been looking at this city through art. Our hope has been to share the joy and sorrow of the city by inviting many visitors to experience and feel works of art here.

For the 2022 festival, we intend to take things to the next stage. A war that is almost beyond belief is unfolding right now and the COVID-19 pandemic remains widespread across the planet. Many people around the world are despondent, which is directly related to the way we, as individuals, think and live in the present moment. The objective of art is to remind us of it and to make us question it thoroughly.

The key visual for the festival this time features an angel on a surfboard. Wearing swimwear, she is balancing with her arms spread wide and facing toward us. Upon closer inspection, there is a flame of hope on her wing, and her head is covered by a shape that indicates infinity. Looking more like a lover than a holy angel, she is the guide for this year’s festival. Together with her, we hope to emerge from the endless ruins of the past and step into a new world we have never seen before.

On April 21, 2022, Ukrainian Prime Minister Denys Shmyhal estimated that it will cost $600 billion (about ¥77 trillion) to reconstruct Ukraine in the wake of the devastating Russian invasion.
At Reborn-Art Festival 2021–22, works donated by participating artists will be exhibited at the former Kankeimaru Store and then auctioned off for sale. The proceeds will be donated to Ukraine to support reconstruction efforts.


2. MUSIC
Reborn-Art Festival’s music this year expresses its connection to art and food while also envisioning recovery and rebirth. The festival plans to hold a live concert with some guest artists at the white shell beach in Oginohama that has become an indispensable venue for the festival and the location for Reborn-Art DINING near White Deer (Oshika).

Ishinomaki is a city known for its thriving primary industries such as fishery and agriculture. Instead of being caught up in the current economic rationality of the market, Reborn-Art Festival incorporates the concept of “reborn” art as a means of living to find new value in the precious food resources available in the sea, rivers, hills, fields, and paddies of Ishinomaki. This means the importance of thinking and appreciating the richness of the food chains and cycles in which all living things including human beings receive life, while devising new flexible approaches for the future to come.

We feel both the joy of food and a sense of crisis surrounding food. People involved in primary industries like fishermen and farmers, people like chefs who cook and prepare food, people who promote food, and people who experience it by eating and receiving food: we express the new innovations that occur in these connections as a journey around the essence of life in the form of various projects and events.

Some of the leading food creators of our time, especially chefs from Ishinomaki, have been involved in Reborn-Art Festival to date. For this year’s festival, we are joined by yet more talented chefs to create a new Reborn-Art Food Session.

Ishinomaki
Ishinomaki is the second largest city after Sendai in Miyagi Prefecture in Tohoku. The area is about 554 square kilometers and the population is about 140,000. The Oshika Peninsula in the southeast is an area rich in nature with one of the world's three major fishing grounds off Kinkasan. It was badly damaged by the Great East Japan Earthquake and the number of victims of tsunami was the worst among all the municipalities. Their gradual recovery, however, will be seen.

Central Ishinomaki Area (10 works)
The central area of Ishinomaki is where Ishinomaki Station and the city hall are located, along with many stores and restaurants. With new art spaces continuing to open, this area has undergone redevelopment. Reborn-Art Festival this term takes place in front of Ishinomaki Station as well as at venues familiar to local residents, including a former public bathhouse, former fish shop and skating rink.

Memorial Park Area (10 works including 1 re-exhibited work)
This coastal area includes Ishinomaki Minamihama Tsunami Memorial Park, which was built in Minamihama, a district severely damaged by the Great East Japan Earthquake, Kadonowaki Elementary School, whose devastated building remains preserved to memorialize the disaster, and Nippon Paper Industries’ Ishinomaki factory. Artworks are exhibited at the Memorial Park as well as at nearby warehouses and a former dormitory of Nippon Paper Industries that survived the earthquake. Along with central Ishinomaki, it is one of the two main areas for the festival.

Watanoha Area (2 works)
Watanoha is located at the entrance to the scenic Mangokuura bay, which lies at the uppermost part of the Oshika Peninsula. In this area, new venues including a furniture workshop and guesthouse opened in the wake of the earthquake. The statue of an angel made by Motohiko Odani, which features as Reborn-Art Festival’s key visual this term, is exhibited at a former fish processing factory in a residential area.

Momonoura-Oginohama Area (6 works including 3 permanent works)
There are two permanent exhibits in the fishing village of Momoura, where Momonoura Village, an accommodation and training facility, is located. In Oginohama, where the cloud pavilion right by the Hamasaisai diner welcomes visitors, a white deer sculpture by Kohei Nawa is on display. A cave near Reborn-Art Dining that was dug during World War II also serves as a venue.

Ayukawa Area (4 works including 3 permanent works)
Ayukawa is on the southern edge of the Oshika Peninsula, about an hour’s drive from central Ishinomaki. The seascape overlooking Kinkasan, one of the three holy sites in Oshu, is also a sight worth visiting. The sea off the coast of Kinkasan is one of the world’s three major fishing grounds where the Kuroshio and Oyashio currents collide, and Ayukawa once prospered as a whaling town. In addition to three permanent exhibits, a new artwork is on display at Shima Meguri no Yado Sakai.

*Hours may differ depending on the facility and work.

■COVID Measures
In the interest of providing a safe and enjoyable festival experience, the event organizers will require temperature checks, make every effort to minimize people-to-people contacts, ensure social distancing, and implement thorough ventilation and disinfection measures. Attendees will also be asked to provide their contact information in order to allow for contact tracing if necessary

■Tickets
To see artworks (both indoor and outdoor), you need to check in with the Reborn-Art Passport and your ID item with photo.

How to buy:
There are two kinds of Passports: online (digital) and paper.

1. Internet (ArtSticker)
2. Application (ArtSticker)
3. Handling stores (The exchange tickets are available at stores in Ishinomaki and Sendai.) 4. Information desks (Available only during the festival period.) 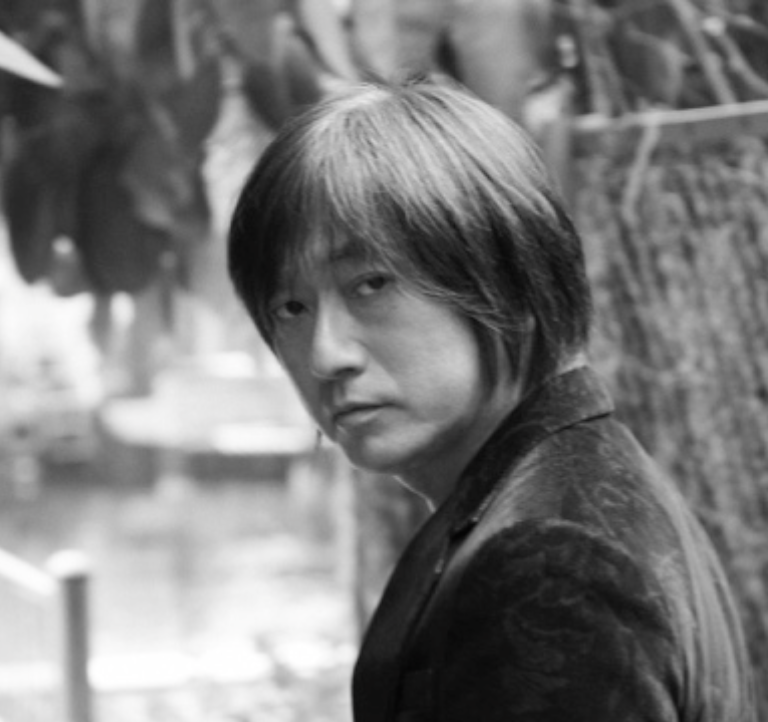 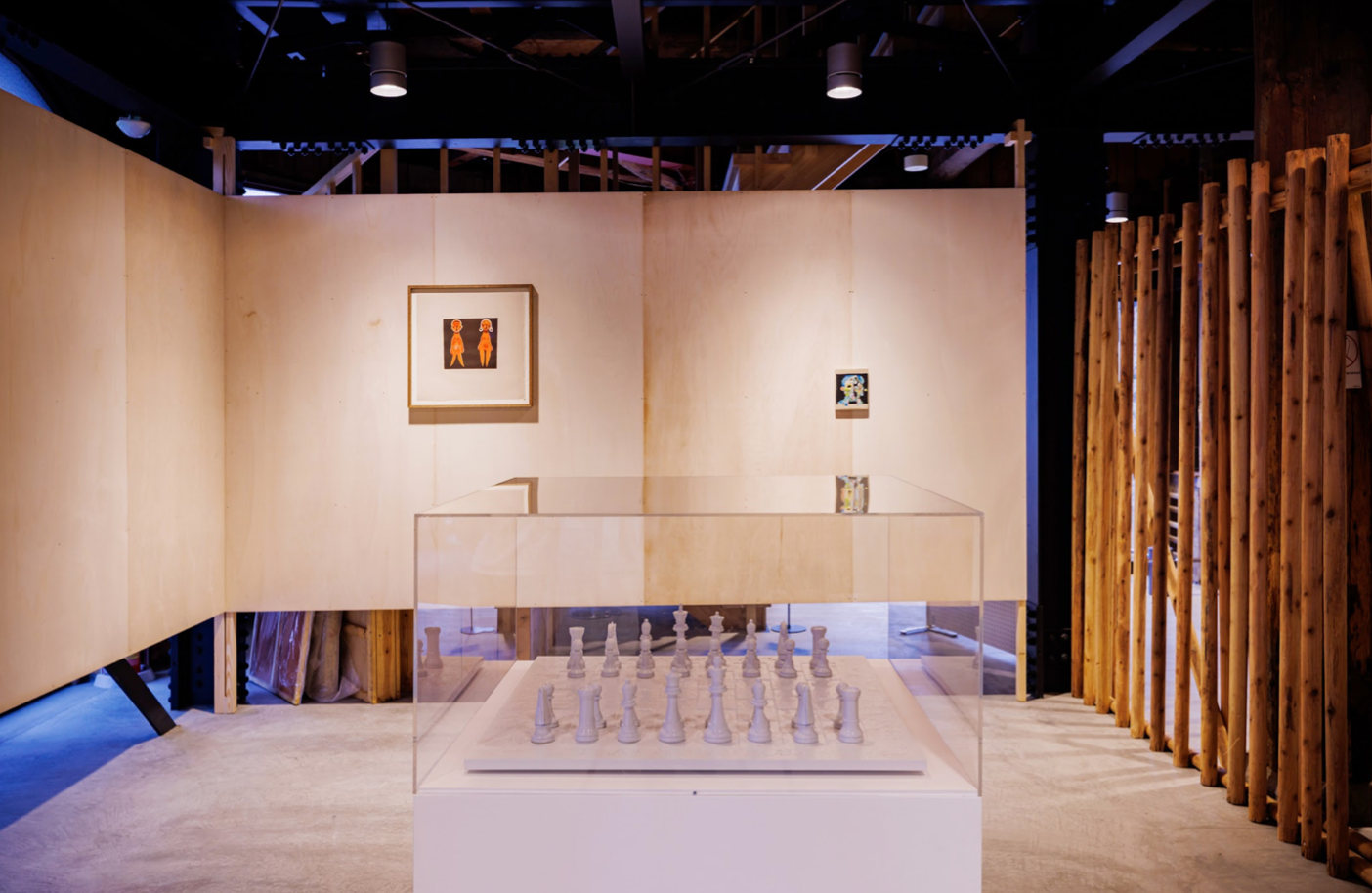 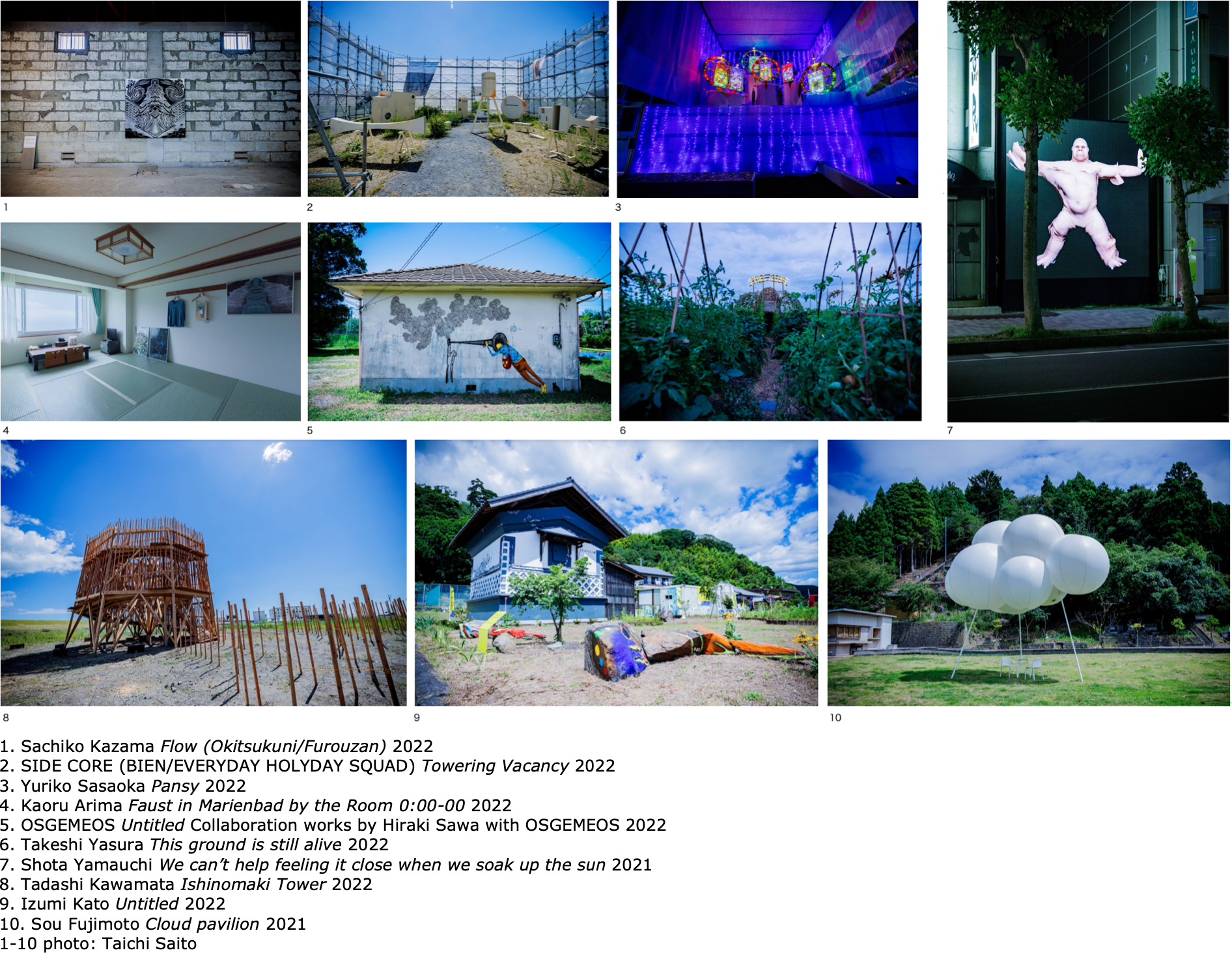 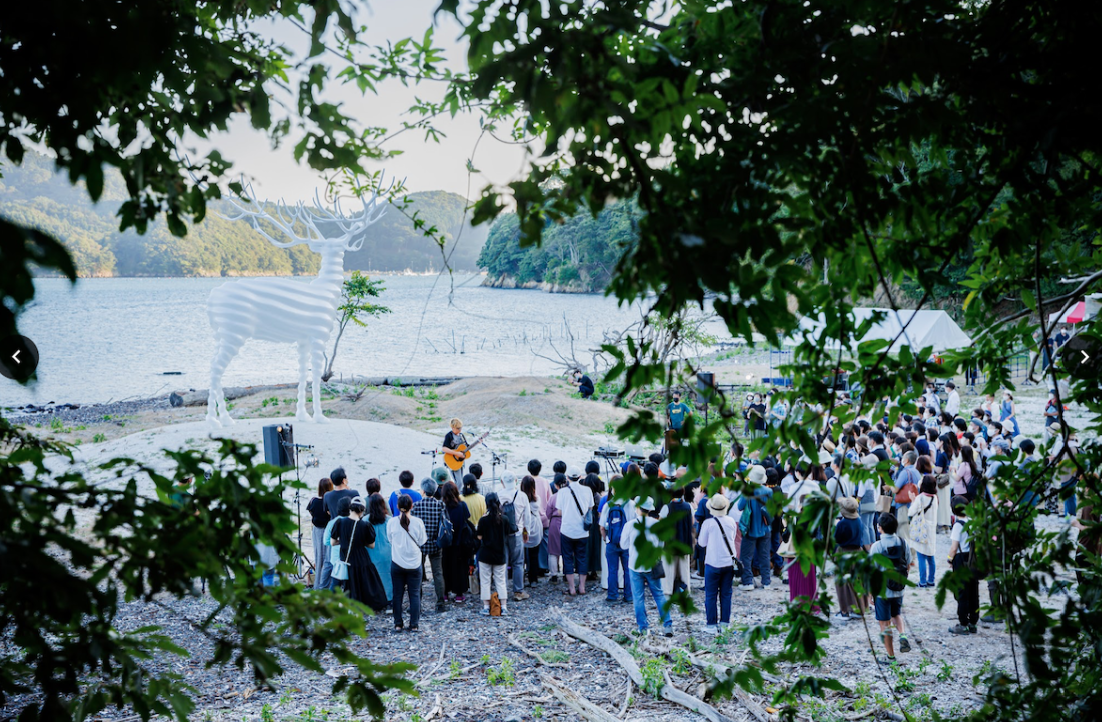 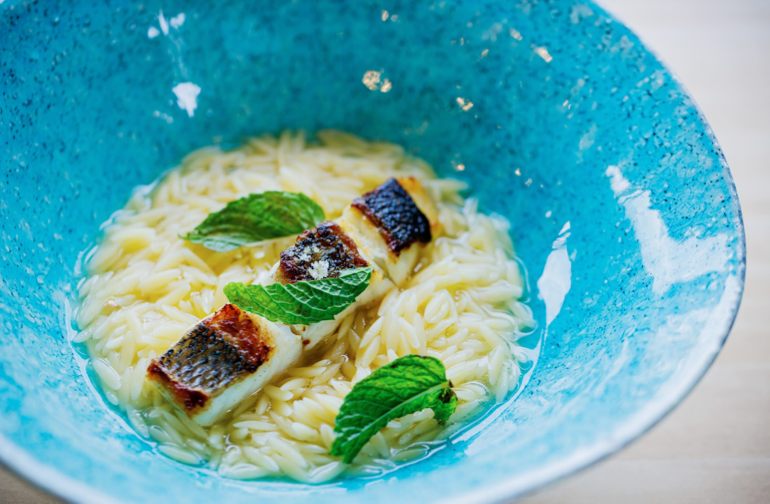 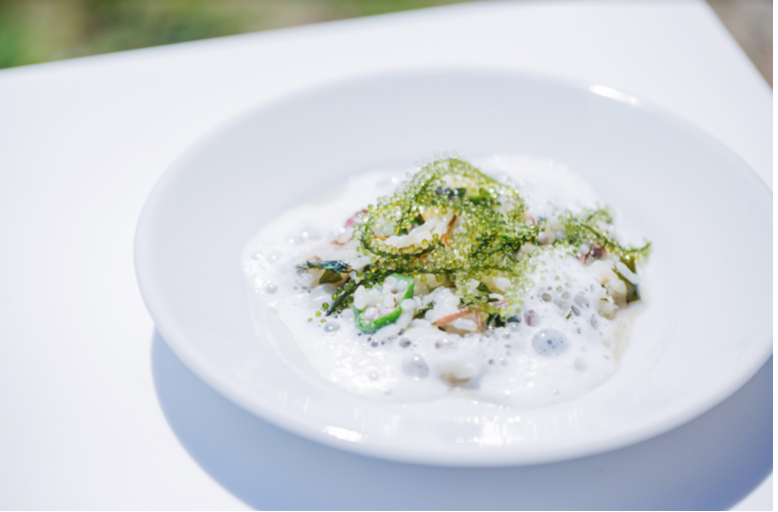 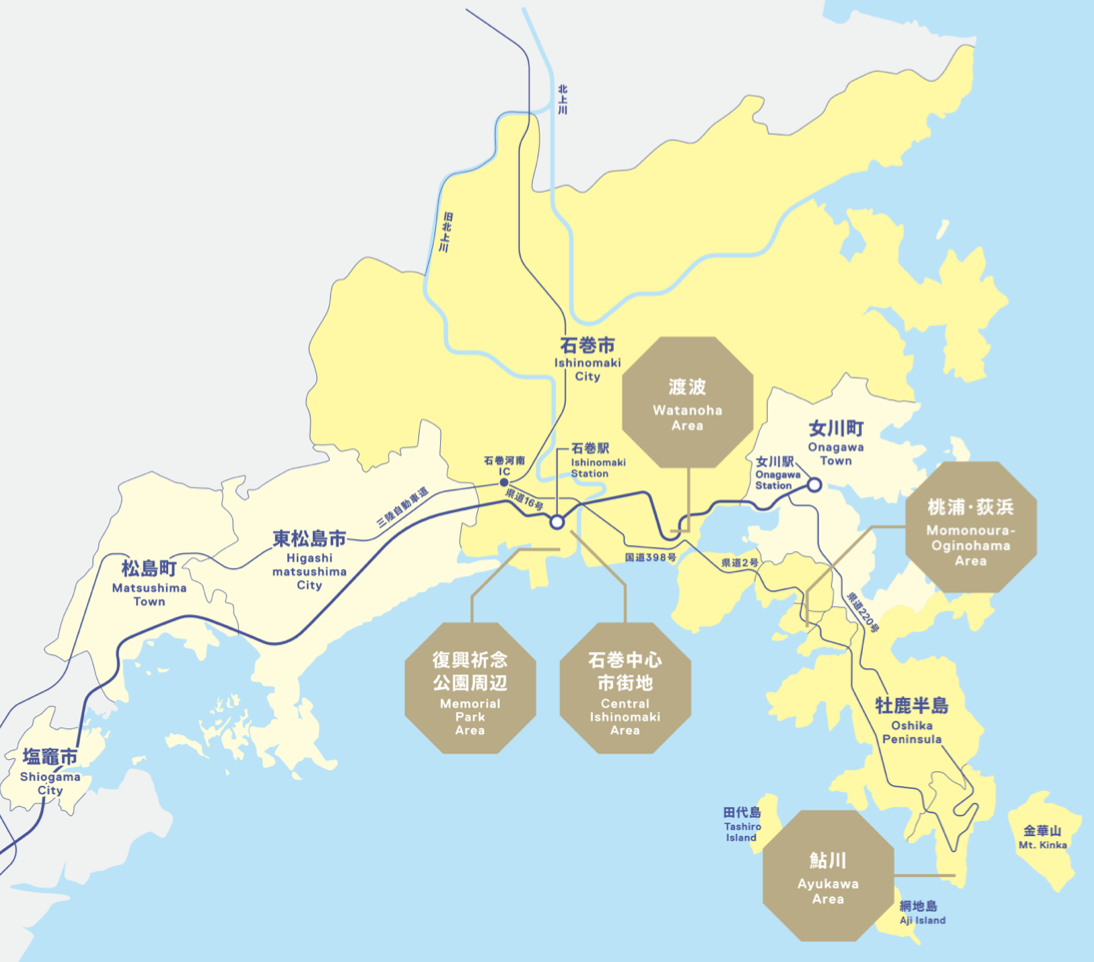