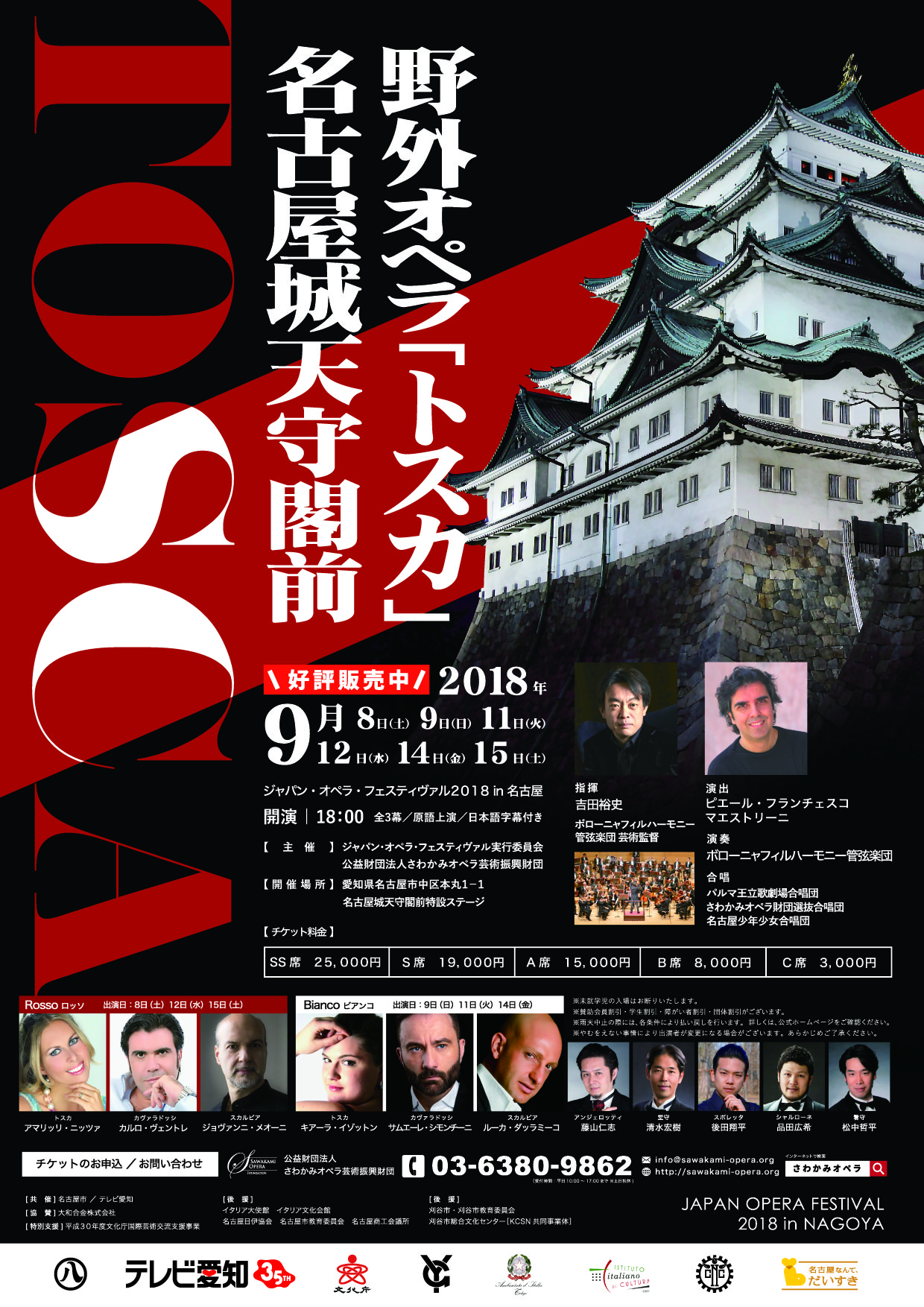 Japan Opera Festival, hosted by Sawakami Opera Foundation, has held at all the places of Japan every year from 2015. The most distinctive feature of the festival is Open-Air Opera at the special stage of Japanese historical structures (most of them are national treasures) like Himeji-Castle (Hyogo), and Heijyo-kyo Daigokuden (Nara).

This year, the stage of the festival is going to be Nagoya-Castle (Aichi) constructed on the orders of Ieyasu TOKUGAWA in 1612. He was the founder and first shōgun of the Tokugawa shogunate of Japan. The castle tower will be demolished next year to reconstruct to wooden tower, so this is the first and the last chance for audience to imprint Italian genuine opera with current Nagoya castle tower. Open-air Opera is rare in Japan, and this performance will be the first open-air opera in Nagoya. The event is cosponsored by Japan Opera Festival executive committee and Nagoya city.

Nagoya, the capital of Aichi prefecture, is located center of Japan Islands and has been a major trading city. During the Edo Period, the trades and the arts were encouraged in Nagoya, so the culture originally developed and has diverse uniqueness and attractiveness in Japan nowadays. Especially, food culture in Nagoya is special and fascinating. Nagoya cuisine, called “Nagoya meshi - include: Hitsumabushi, Grilled eel on rice, Misokatsu, a pork cutlet with thick aka-miso (red bean paste) sauce, etc.” satisfy the visitors, and charm many gourmets in the world. The festival’s participants will be able to taste a great number of local specialties.

Needless to say, high-grade music will be provided at the festival. Japan Opera Festival invites first-class directors, singers, orchestras, choirs, staffs from Italy. The music director is maestro, Hirofumi Yoshida (Artistic Director of Bologna Philharmonic Orchestra) who is active in Italy as an opera conductor and is going to bring Bologna Philharmonic Orchestra to the festival. As they completely understand each other’s thoughts and musicality, fervent performances will be promised. All singers had to take the strict audition, and the excellent singers who have appealing voice and are appropriate for the cast of tragedy “TOSCA” are chosen. This year, world famous opera singers, Ms. Raina Kabaivanska and Mr. Renato Bruson were invited as judges of the cast for this production. They performed ‘Tosca’ and ‘Cavaradossi’ a number of times all over the world. The cast they selected will get a great deal of attention.

For this performance, main three roles casted two celebrated singers. Amarilli Nizza, Carlo Ventre and Giovanni Meoni are expert singers and perform the play some hundred times. Chiara Isotton, Samuele Simoncini, and Luca Dall’ Amico, are young but have prominent song technique. The chorus members from Parma, Italy join in special chorus for the festival and add the grace for the performance.
For the duration of the festival, reception is held every night after the concert and taken root as the place to establish social relationships. The guests will be able to confabulate basking in the afterglow of the concert. 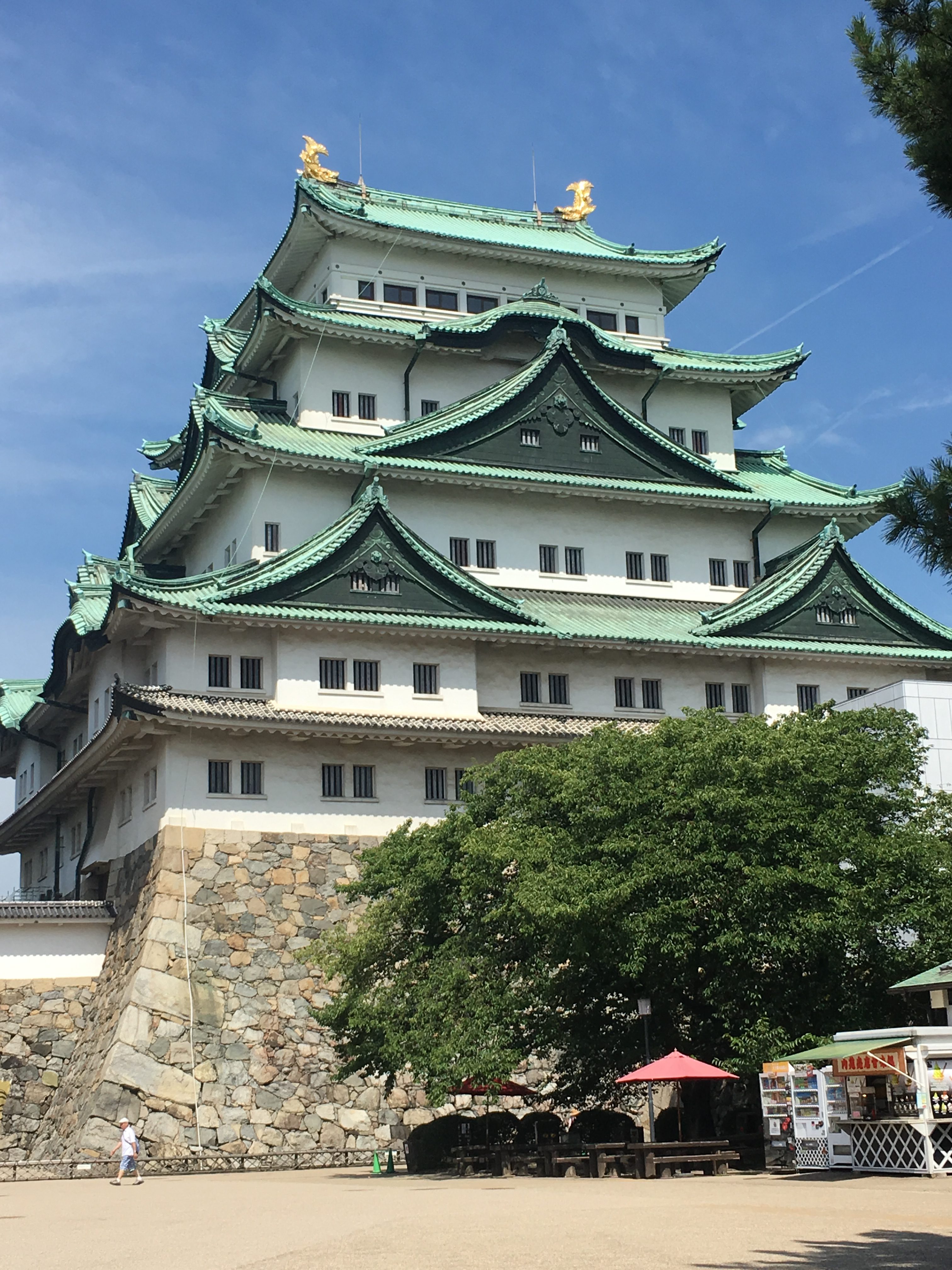