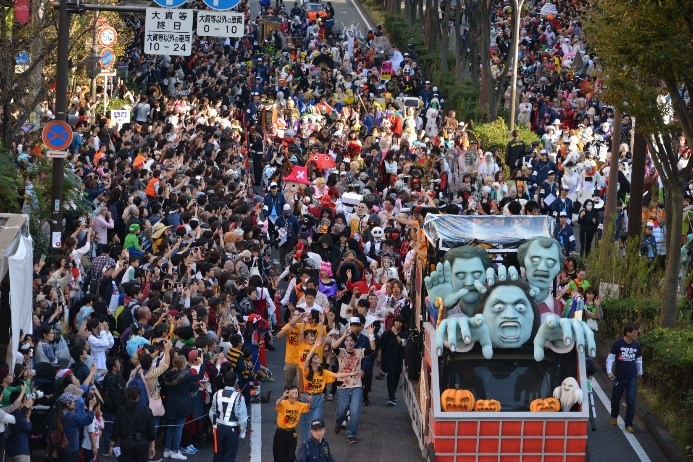 “Kawasaki Halloween 2019”, one of the largest Halloween events in Japan

“Kawasaki Halloween 2019”, one of the largest Halloween events in Japan

With exotic decorations of Halloween out on the streets here and there on October in Japan, Halloween events are held at various places mainly in large cities’ areas in which adults also participate in fancy costumes, in addition to kindergartens and day-care centers that hold the event annually.
In such trend in recent years, Halloween has been here to stay as a culture in Japan and it is a regular event with huge economic effect with an estimated market size of about 115.5 billion yen in 2019 according to the Japan Anniversary Association.

Then, the most exciting one among various Halloween events is “Kawasaki Halloween” which is the 23rd time event this year.

In 1997 when “Halloween” was almost unfamiliar to the Japanese, regional companies in Kawasaki held the event aiming at delivering energy and attractiveness of Kawasaki across the country. Compared with the inaugural event with about 150 participants in the parade and 500 viewers along the street, it has been expanded its scale every year and grown now to one of the largest Halloween events in Japan attracting more than 2,000 participants and 120,000 viewers assisted by promotive activities by corporations, surrounding commercial facilities, shopping streets, government and organizations in an integrated manner.

Due to the feature of high quality in costumes that can’t be compared to other Halloween events, the event has been reported by many overseas media.

Along with a change of era name from Heisei to Reiwa, we pursue such Halloween event that symbolizes the beginning of a new age with a theme of “Challenge to New Age” this year, while positively involving young creators and performers with a future. In preparation for 2020 as one of the largest entertainments in Japan, we have determined to deliver attractiveness of Kawasaki Halloween beyond language, borders and gender for the future.

【Halloween Parade】
The dynamic parade completely blocking six lanes of roads is one of the largest Halloween parades in Japan. Many participants in costumes with rich characters gathering from across the country dance and walk along the course with a length of about 1.7km in total.
“Tokyo GeGeGay” appearing on a float leading the parade further promotes the parade by providing a performance and DJ playing music as a key visual feature of this year.
Date and time: October 27 (Sun.) from 14:00 to 16:00
Venue: East exit area of Kawasaki station (Street under the elevated Keihin Kyuko Railway in front of Kawasaki station ~ City Hall street ~ Heiwa street ~ Shinkawa street)

【Halloween Award】
“Halloween Award” that determines excellent costume play by evaluating costumes of participants from various aspects such as personality, quality and the way of enjoying. Grand prix as well as individual prizes are determined by juries who find out characteristic costume players taking to the streets within the venue on their own and evaluate characteristic costume players and evaluate idea, quality and level of entertainment of many photos uploaded by participants on the official application.
Date and time: October 27 (Sun.) Whole day
Place: The whole Halloween venue

【Kawasaki Halloween Runway】
A runway with a length of about 50m appears in “Ginryu-gai” arcade which is a shopping street located near East exit of Kawasaki station! It’s a new project for about 1,500 children and their family members to appear in their individual characteristic costumes and become the main character of the Halloween town standing in the spot light!
Date and time: October 26 (Sat.) from 11:00 to 16:45
Venue: In Ginryu-gai arcade

【After-party】
Such plans are also held; i.e. “Dancing Pumpkin” which is a club party after the hugely popular parade to lead costume players to further excitement featuring DJ and performers participated in the parade, and “Factory Night View Party Cruise” which is a plan to be intoxicated with the Halloween party while enjoying night view of Kawasaki coastal area known for its major popularity in Japan.

【Excitement in the city】
Various collaborations to warm up “Halloween city Kawasaki” appear one after another! Kawasaki City buses and a taxi of Himawari Kotsu (limited to one taxi) are decorated in Halloween specification and drivers also work on in costumes. On the day of “Halloween parade” , the whole of city is ready to promote “Halloween city Kawasaki” by activities such as operation by station staff in costumes of JR Kawasaki station!
In collaboration with “Kawasaki Brave Thunders”, a local professional basketball club in Kawasaki, a Halloween event is held in a home game on October 23. With present of special sticker and body paint experiences prepared for visitors in Halloween costume, they also warm up Halloween together.


［Contacts］
■ Inquiry regarding the event in detail
Kawasaki Halloween Project / Promotion Department of Citta Entertainment Inc.
Phone No.: 044-233-1934(10:00 to 8:30 on weekday) 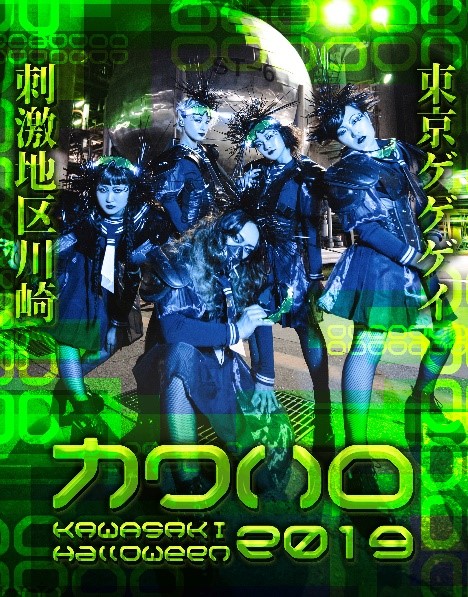 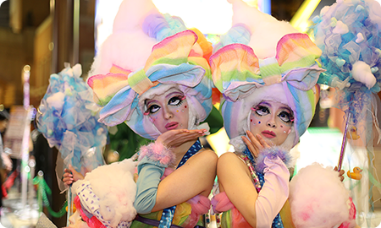 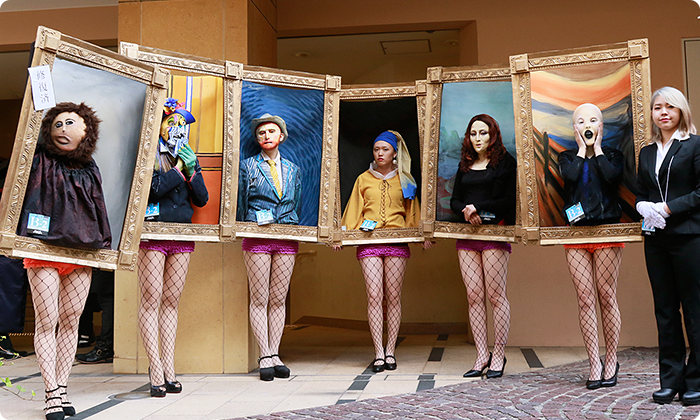 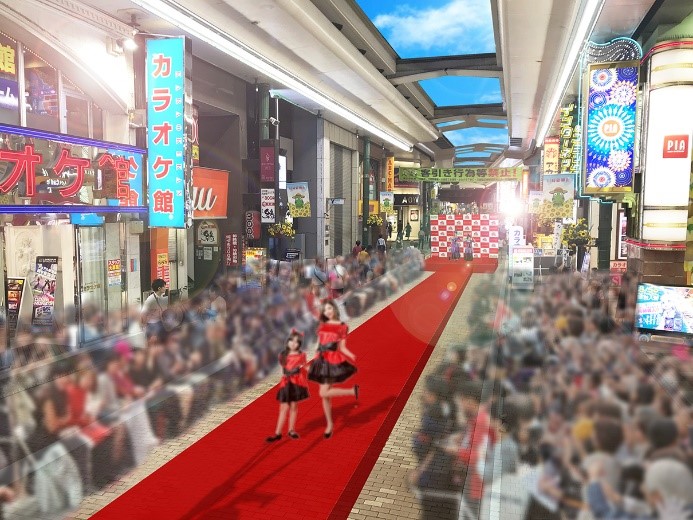 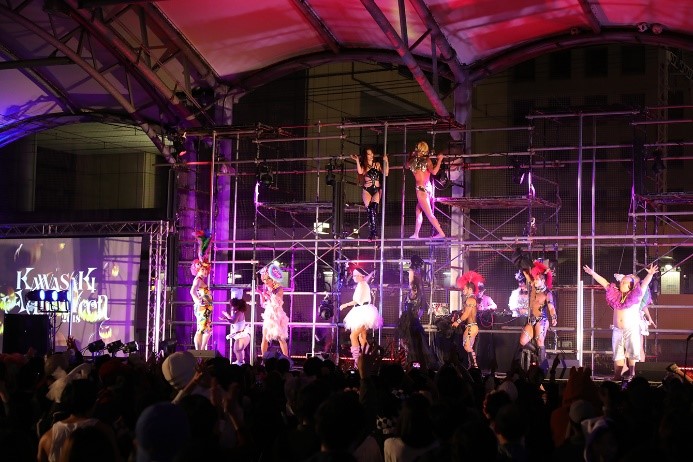 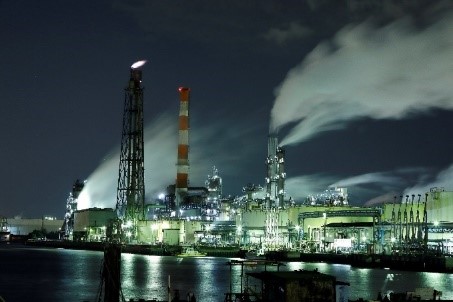 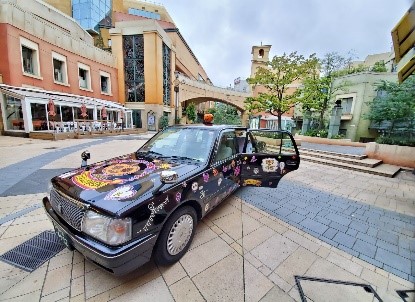 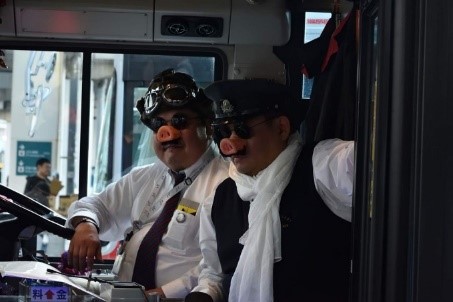 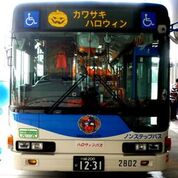