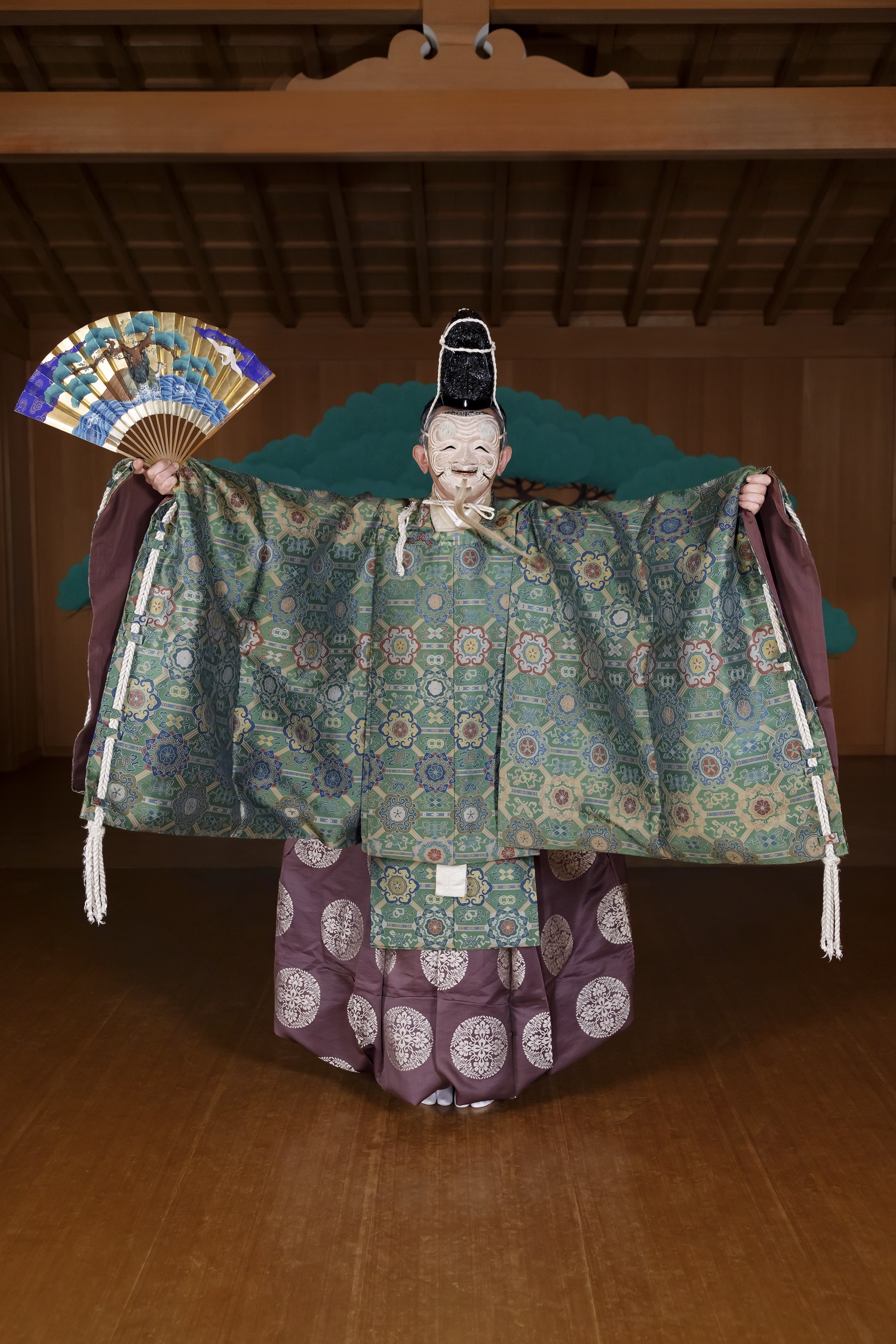 From Friday, March 12 to Sunday, March 14, 2021, a traditional performing arts event titled “Representation of Prayer” will be held at a special venue against the backdrop of the Imperial Palace’s Nijubashi Bridge. The project is being organized as part of the Japan Cultural Expo, a nationwide festival of Japanese arts and culture led by the Agency for Cultural Affairs and the Japan Arts Council.

“Representation of Prayer” will primarily feature works of noh and kyogen, two artforms that have only rarely been performed at the Imperial Palace and its surrounding area since the Meiji Restoration in the latter half of the nineteenth century, making this the first performance of its kind in approximately a century. There will also be stagings of Ryukyu performing arts in symbolic support of the reconstruction of Okinawa’s Shuri Castle—where similar works were performed in the days of the Ryukyu Kingdom (1429–1879)—after it was partially destroyed by fire in 2019. Additionally, practitioners of a traditional sword dance from Iwate Prefecture’s Ofunato City in northeastern Japan have been invited to perform as a prayer for recovery from the Great East Japan Earthquake on the tenth anniversary of the disaster.

You are warmly invited to enjoy this rare opportunity to view classic works of performing arts in the rich natural setting of the Imperial Palace.

About the Japan Cultural Expo
Under the overarching theme “Humanity and Nature in Japan,” the Japan Cultural Expo celebrates the arts of Japan from primeval times to the present and their foundation in artists’ encounters with the diversity and richness of the natural world. The expo spans eight categories—art and cultural treasures; performing arts; media arts; lifestyle arts, literary arts, and music; food culture and nature; design and fashion; inclusive society and coexistence of cultures; and disaster recovery—and encompasses a varied catalogue of exhibitions, performing arts productions, and experiential and online programs that invite audiences in Japan and around the world to experience cultural treasures and art forms conceived by artists of the past and kept alive through the ages.

If you wish to use images relating to this event, please download the application form from the link below and return it to the Japan Cultural Expo Press office.
https://www.dropbox.com/sh/scbt3o4b9l46i4s/AABZxD60Ki-kYG9_64bg794xa?dl=0