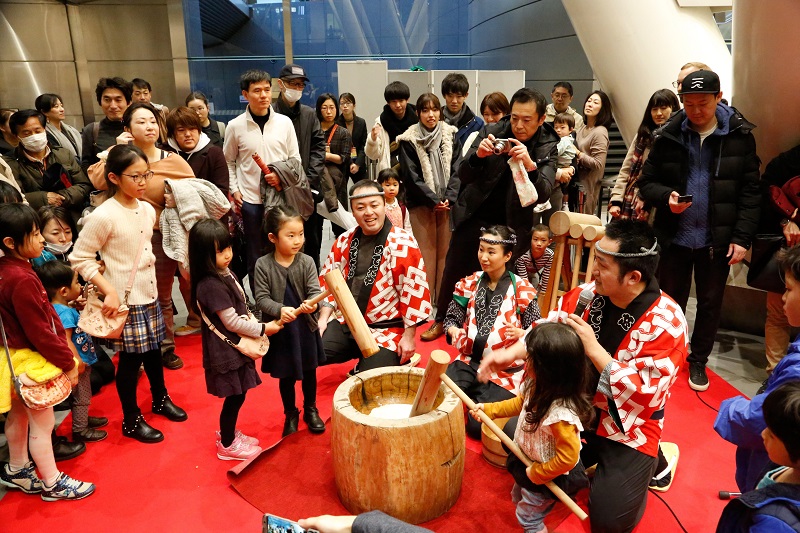 The event allows visitors to enjoy a first-hand experience of Japanese cultures in various forms through live music, Kyogen and Kabuki performances by leading Japanese artists and the “New Year Theme Park” to get involved in fascinating Japanese cultural traditions. The event was inaugurated in January 2017 to commemorate the 20th anniversary of the opening of Tokyo International Forum. The fourth J-CULTURE Fest in 2020 features a variety of programs for celebrating the first New Year of the Era of Reiwa.

Special features for next year’s event include the display of precious items rarely-seen in public, such as the replica of traditional garments the Emperor and the Empress wore in the enthronement ceremony in October, and a scale model of the Takamikura throne, used at the enthronement of Emperor Higashiyama in 1687.

The New Year Theme Park, a popular program that invites visitors to experience, discover and savor New Year traditions in Japan, offers a variety of activities unique to J-CULTURE FEST, sharing celebrations of the first New Year of the Reiwa Era and building up a momentum for the Tokyo 2020. Visitors can experience “Kakizome (first Japanese calligraphy of a new year)” and ceremonial making of rice cakes. In addition to these hands-on activities, the theme park presents New Year traditions in various forms, including stage performances and the sale of numerous variations of Ozoni (New Year’s Day rice cake soup) from across Japan.

Among performances that can only be seen at the J-CULTURE FEST is the “Manyoshu meets Musical: Reiwa-ni Soyogu Kaze --- Wakaki Utayomi-no Monogatari,” a musical themed on “Manyoshu (= Collection of Ten Thousand Leaves; 8th century anthology of Japanese poetry),” from which “Reiwa,” the name of the new Imperial Era, was taken, featuring prominent performers including Koji Yamamoto and Kabuki actor Somegoro Ichikawa VIII, making his first-ever appearance in a musical. Another stage performance to be shown is the “New Year Edomae (Tokyo style) Kyogen,” featuring Mansai Nomura and up-and-coming Kyogen actors, showcasing the appeals of “Kyogen” comic theater.

<New Year Theme Park>
The New Year Theme Park offers a number of hands-on Japanese cultural experiences and stage performances under the concept of “Hatsuyume (= first dream of the year). An opening ceremony for the theme park will be held at the Hall E lobby, building up momentum with performances by Japanese Taiko drummers and dragon dancers. After the opening ceremony, Japanese sake will be offered to visitors in the event’s original Masu wooden cups featuring the year’s Chinese zodiac animal, a tradition of this annual event.
On display at the venue’s entrance are “flower decorations celebrating the arrival of 2020” and “Princess Masako” roses, which the rose developer Keiji Kunie offered to the Emperor and the Empress at the time of their wedding, creating an atmosphere suitable to mark the first New Year of the Reiwa Era.
Date and time: 11:00am-6:00pm on January 2 (Thu) and 3 (Fri), 2020
Venue: Hall E
Admission: Free (fees required for purchasing merchandizes and participating in some of hands-on experiences)

■Savoring Japan
Following on from last year, traditional “Ozoni” rice cake soup in various regional varieties, prepared by the Isecho restaurant, will be on offer at the 2020 event. The chef from the restaurant at the Imperial Hotel will also offer western-style Ozoni. At the popular “Kakuuchi” bar, visitors can enjoy a choice selection of Japanese sake and craft beer, sourced from breweries from across Japan. Other activities associated with Japanese cuisine include ceremonial rice-cake making and hands-on Japanese confectionary cooking.
■Experiencing traditional Japanese activities
The event includes a variety of hands-on experience programs, such as “Kimono dress-up experience,” perfect for the New Year, and uniquely Japanese “tea ceremony experience.” The 2020 event will be the first to provide a booth on Kumihimo, which is Japanese cord braiding that has become popularized after it was featured in a movie. The booth offers Kumihimo items for sale and also provides hands-on Kumihimo experience. There will also be workshops for “Tsumami Zaiku (pinching and folding pieces of cloth into shape)” and “Mizuhiki (cord knotting).”
■Stage performances
Fuku Suzuki, who has been involved in this event as navigator each year, will be playing the Koto (Japanese stringed instrument) on stage this time. The singer Azumi Inoue, best known for theme songs of numerous Studio Ghibli movies, is returning for the 2020 event. Making the first appearance in the event this time is the traditional Japanese music band WASABI, led by Ryoichiro Yoshida, one half of the popular Shamisen (Japanese stringed instrument) playing duo “Yoshida brothers”. Other performers include the Japanese Taiko drumming group “sai,” which also performed in the last event, as well as the traditional folk singer Saya Asakura. Visitors can also enjoy a variety of activities including “Kendama” (wooden toy) and “First New Year flower auction of Reiwa.”
■Historical experiences
Many history-themed workshops are available including the popular “Japanese armor dress-up experience” and making “original goods featuring your family crest.” Other activities include powerful live ink-drawing performance by the ink artist Okazu and sale of history-related merchandizes.

<Lobby gallery>
■Heian court sport stadium
Japan’s traditional sports are presented to mark the start of the year of the Tokyo 2020. Faithfully-reproduced 1/4 scale models, life-size sporting garments and equipment are on display, depicting how aristocrats of the Heian Era enjoyed “Kemari (ancient football)”, “Umayumi (mounted archery),” “Dakyu (sport similar to modern-day polo)” and the “Sumai-no Sechie” court ritual, which has evolved into today’s Sumo.
■”Plum blossom banquet” in the first New Year of Reiwa
On display at the gallery is a life-size model diorama of the Plum Blossom Banquet held at the residence of Otomo-no Tabito, the Governor-General of Dazaifu, described in “Plum Songs 32 Poems,” Volume 5 of the Manyoshu collection of ancient Japanese poetry, from which the name of the new Imperial Era, Reiwa, was taken.Ushering in the first New Year of the new Reiwa Era, the gallery also showcases precious items, rarely seen in public, including the replica of traditional “Korozen-no Goho” and “Juni Hitoe” garments the Emperor and the Empress wore in the enthronement ceremony in October, and a scale model of the Takamikura throne, used at the enthronement of Emperor Higashiyama in 1687 (Edo period).
Date and time: 10:00am-8:00pm on January 2 (Thu)-15 (Wed), 2020
Venue: Lobby Gallery, Basement Level 1, Glass Building
Admission: Free
※Finishes at 5:00pm on the final

“New Year Edomae Kyogen” featuring Mansai Nomura
This Kyogen performance, ushering in 2020, features Mansai Nomura, well known as lead actor or producer for a number of movies, period dramas and modern dramas. Mansai will take the stage first to offer a New Year’s message, provides description of the Kyogen performance, and performs Komai dance, before the up-and-coming Kyogen performers Yuki and Taichiro Nomura, etc. presents standard and popular Kyogen pieces in a way that can be easily understood by international visitors and those who have never seen Kyogen before.

※All pictures are guide only. 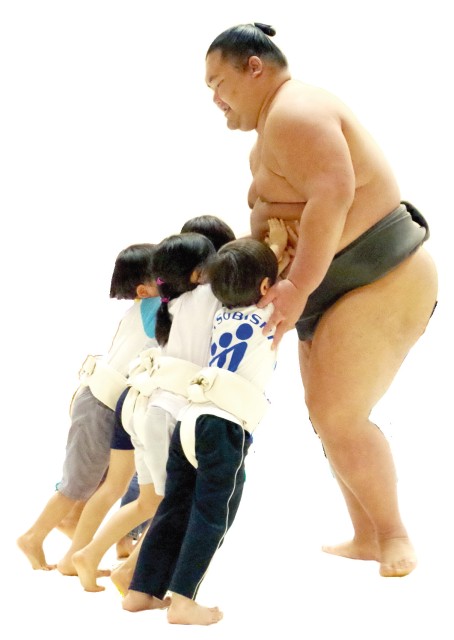 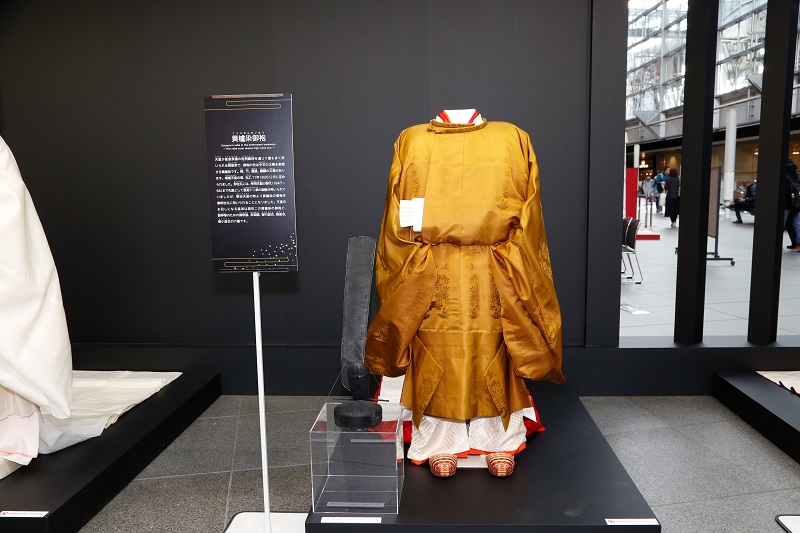 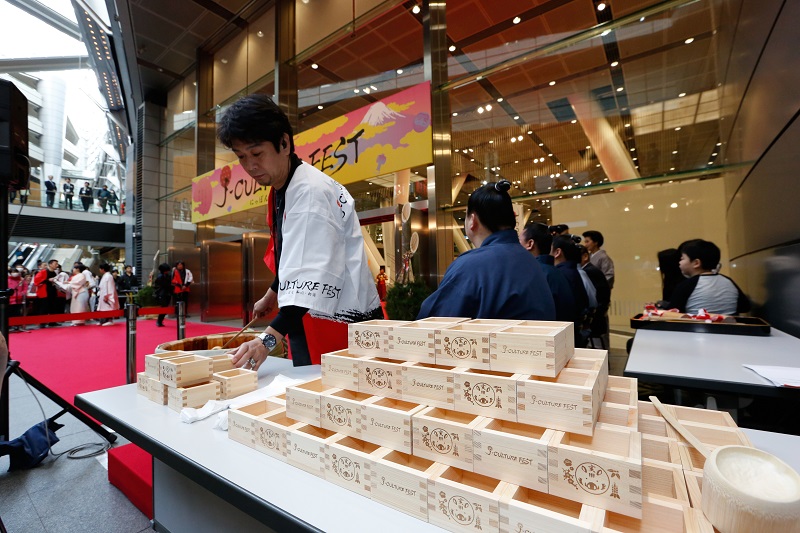 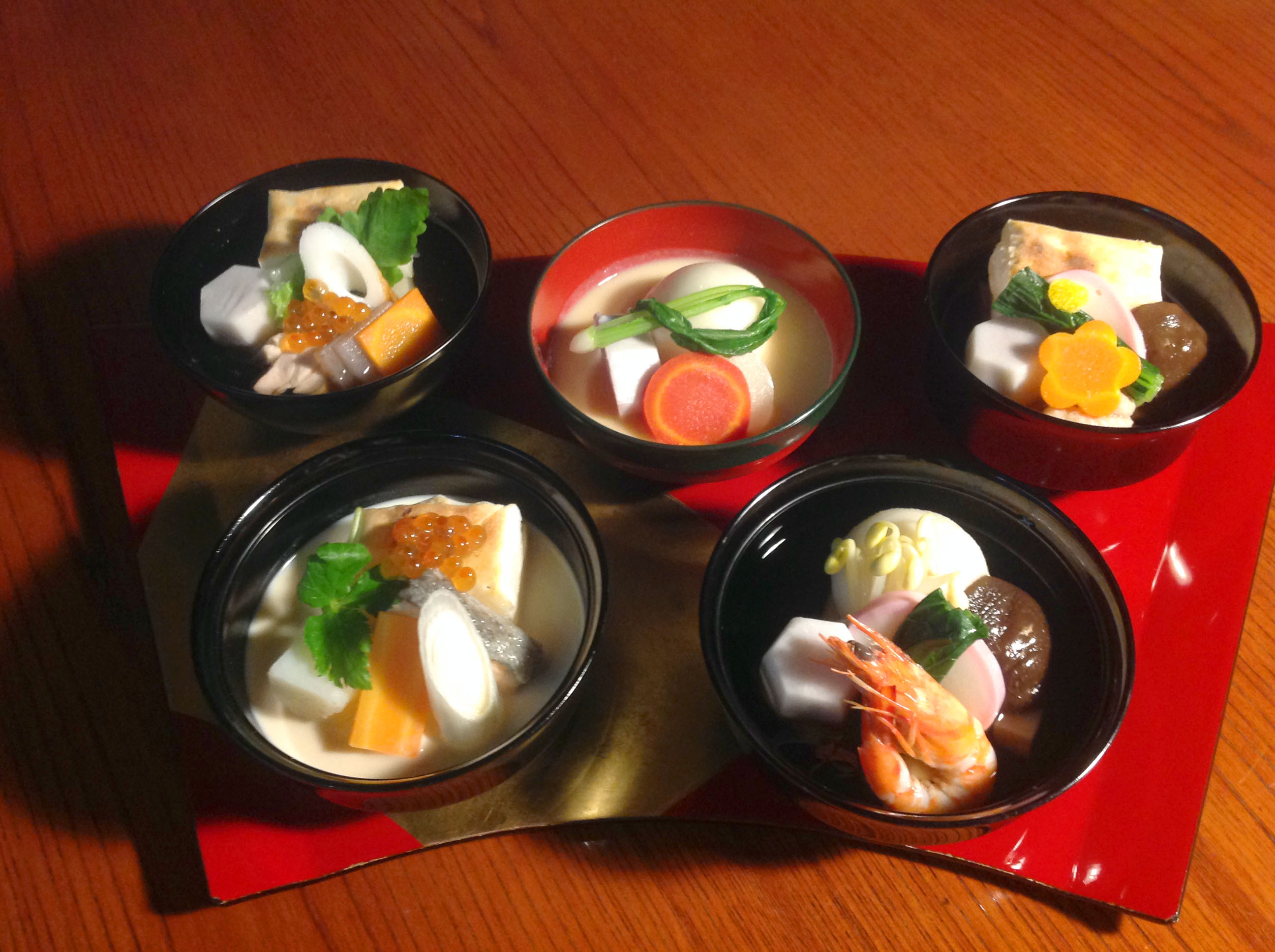 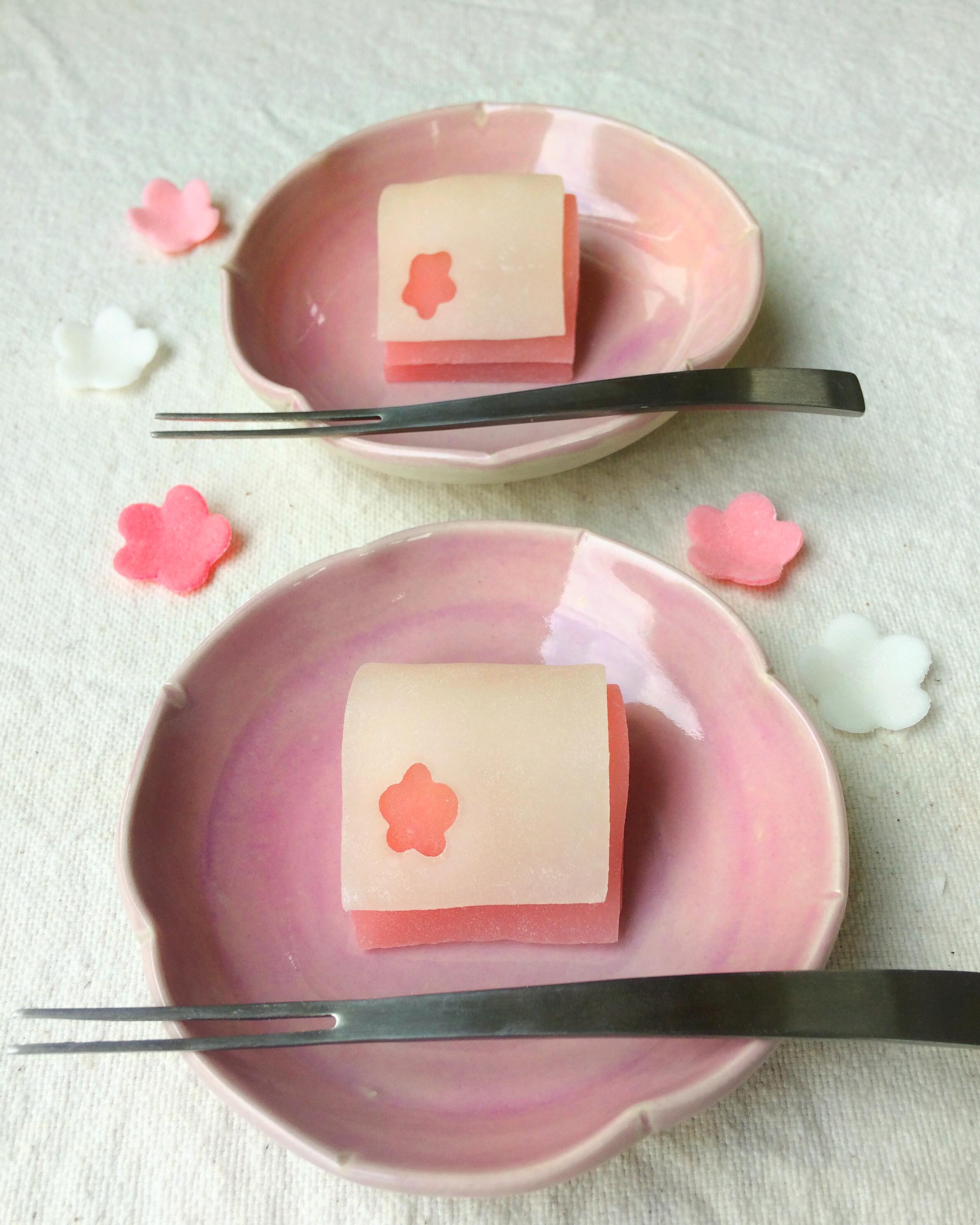 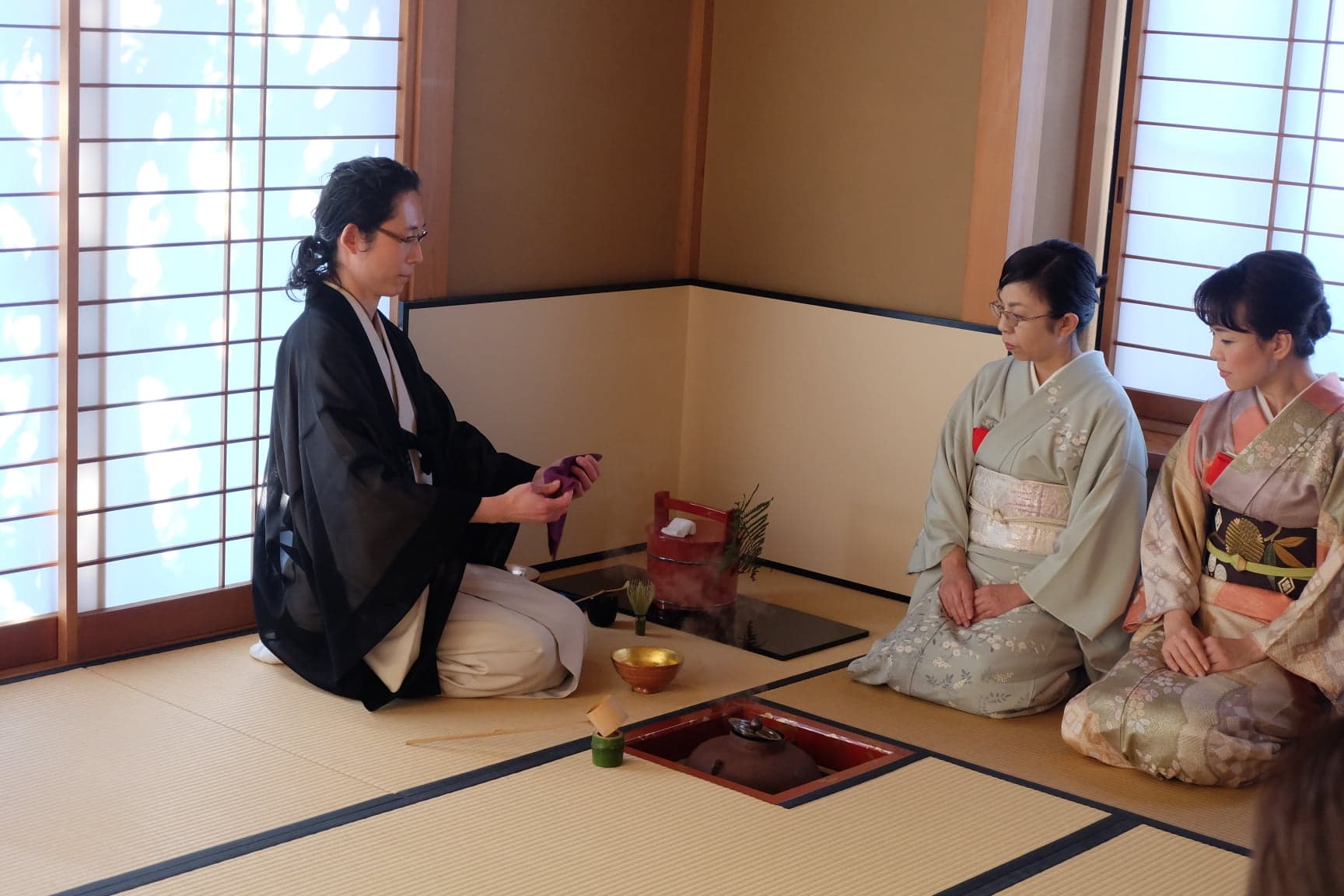 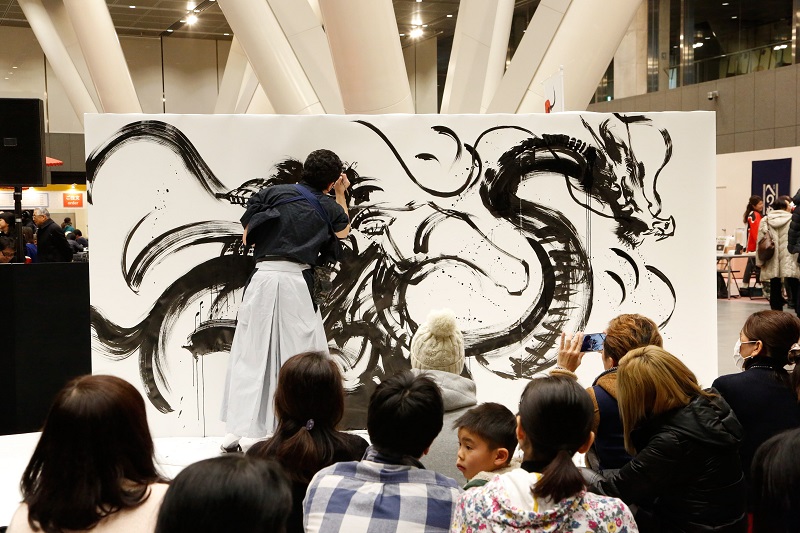 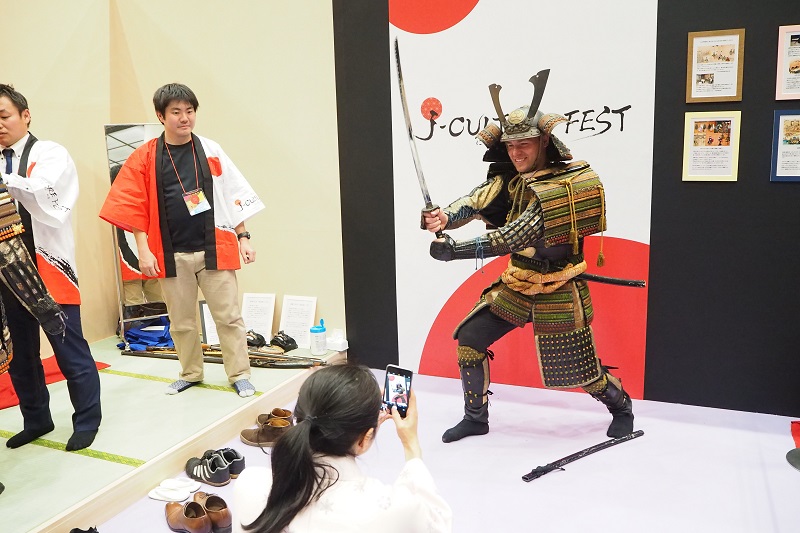 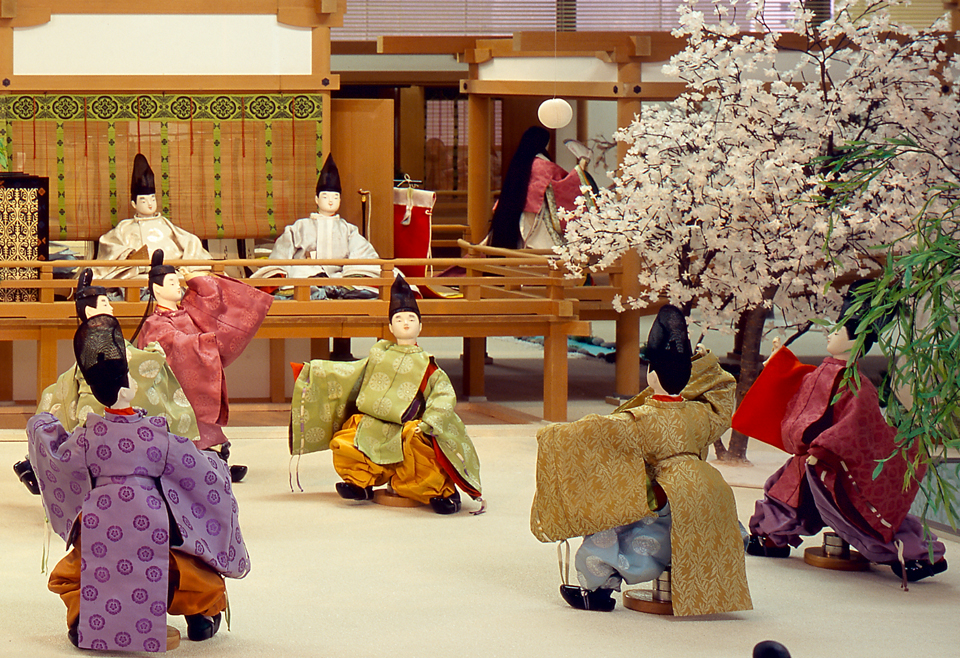 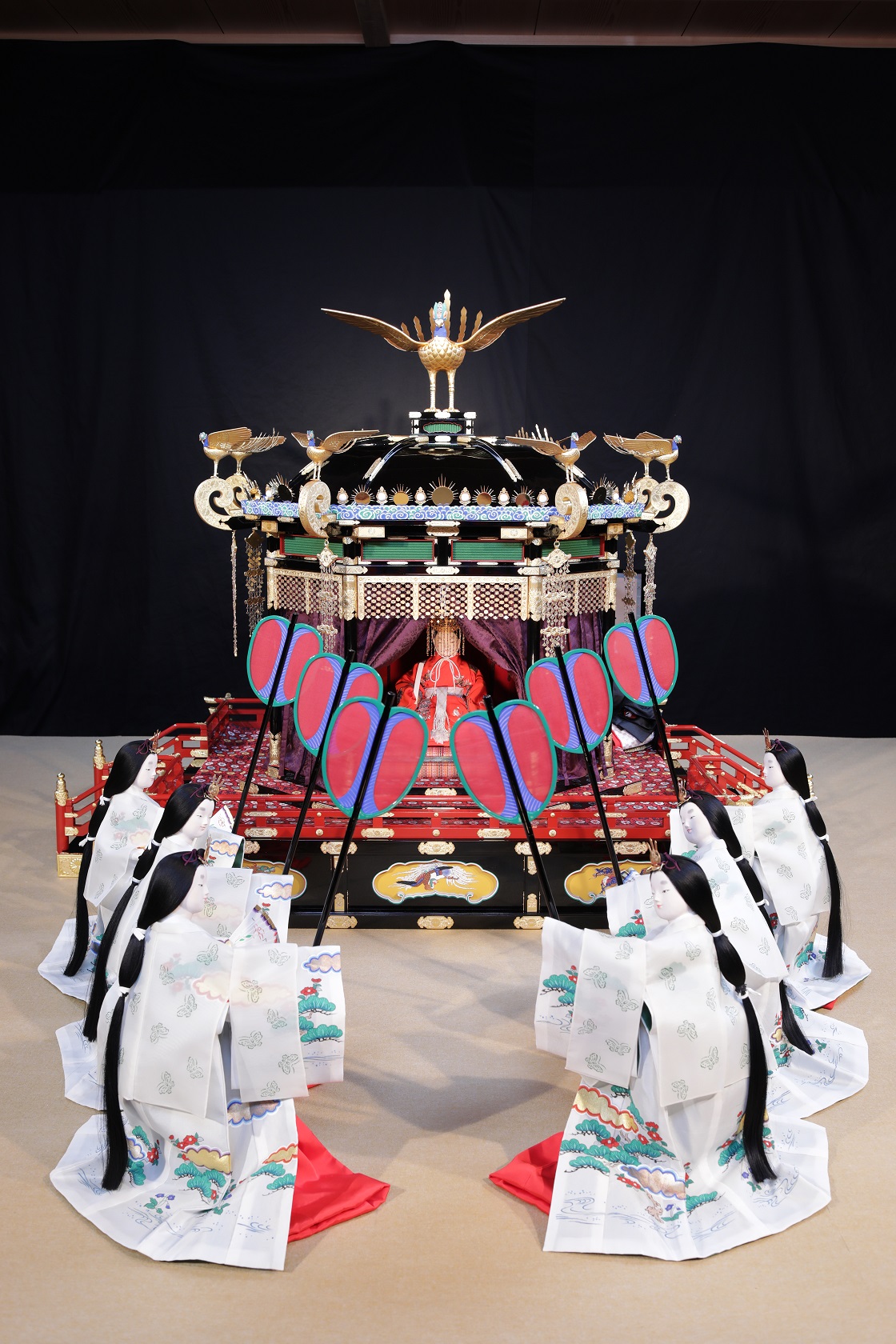