The Taiwan Crisis and Japan’s Preparedness 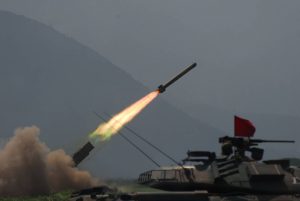 The Taiwan Strait has become increasingly tense. Japanese media reported that China's decision to conduct large-scale military exercises in response to a visit to Taiwan by US Speaker of the House Nancy Pelosi in early August has raised serious concerns about the possibility of Chinese use of force against Taiwan.

At the 20th Congress of the Communist Party of China, held from October 16 to 22, President Xi Jinping, who was elected to an unprecedented third term as China’s head of state, stated that China would work towards a future of peaceful Taiwan reunification with the utmost sincerity and effort, but that China would never abandon the use of force and would take all necessary measures to do so. His strong stance on Taiwan's unification drew attention and was reported on by many Japanese media outlets.

Recent debates on the crisis in the Taiwan Strait will be discussed in terms of (1) scenarios for Taiwan unification and the defense of Taiwan, and (2) Japan's role and its preparedness for the crisis.

1. Taiwan Unification Scenarios and the Defense of Taiwan

The premise of this discussion is the common view that the status quo has been lost and there is a "new normal," with the tensions around the Taiwan Strait which have continued since Speaker Pelosi's visit to Taiwan already normalized and the undeniable possibility that China will continue to conduct military exercises on a regular basis. As for the risk of China invading Taiwan, there are currently two views: one is that an invasion in the late 2020s or the 2030s is possible, and the other is that Xi will pursue peaceful unification as much as possible while leaving the possibility of unification through force as a last resort.

Professor Yasuhiro Matsuda of the University of Tokyo argues that "China would rather take its time in proceeding with its massive military buildup, wait for a moment when the US turns inward, to deter its intervention, and then try to bring Taiwan to its knees without a fight," and that we should "truly be vigilant and deter" this scenario, which he calls "forced peaceful unification." (Gaiko, September/October issue, "Pelosi’s visit reveals the ‘Taiwan Strait Risk’").

On the other hand, Mr. Chieh Chung, an associate research fellow with Taiwan's National Policy Foundation, believes that "between 2030 and 2035" is the time when "China will have the capability to carry out a quick invasion of Taiwan," and that "the US will eventually intervene militarily." (Bungeishunju, November issue, "Taiwan crisis: Self-Defense Forces, fight together with us").

US defense policy toward Taiwan has been characterized by "strategic ambiguity" based on the Taiwan Relations Act of 1979, but recently US President Joe Biden has made frequent in-depth statements on Taiwan's defense. There are also arguments within the US that military intervention in a crisis should be steered toward "strategic clarity.". Against this backdrop, the US Senate Committee on Foreign Relations passed a Taiwan policy bill on September 14 that includes increased military assistance to Taiwan and sanctions against China in the event that China engages in hostilities against Taiwan.

Dr. Joseph Nye, an international political scientist, describes the intention of the Biden administration’s policies as "dual deterrence" that "deters China from advancing on Taiwan by leaving open the possibility of U.S. military intervention, while also deterring Taiwan's legal independence with the possibility that the United States will not intervene." (Voice, November issue, "US dual deterrence in China and Taiwan").

2. Japan's Role and Preparations for the Crisis

The Japanese government’s official position remains that it expects the issues surrounding Taiwan to be resolved peacefully through direct talks between China and Taiwan. However, five ballistic missiles landed in Japan's Exclusive Economic Zone (EEZ) during a large-scale Chinese military exercise in early August, and there is growing concern that a military conflict in Taiwan could lead to conflict in Japan. For this reason, many argue that Japan should prepare without delay to respond to the crisis by strengthening its defense capabilities, providing logistical support to Taiwan, and having measures in place to protect Japanese citizens, including those resident in China and Taiwan.

Nikkei commentator Mr. Hiroyuki Akita clearly states that "It is essential for Japan to clarify its position on wanting to maintain the status quo (of the Taiwan Strait) and to prepare for the scenario of Taiwan unification" (Voice, November issue, "The dissolution of the current order caused by the annihilation of Taiwan"). Professor Kei Hakata of Seikei University also asserts that "Japan's role should be to maintain a good relationship with Taiwan and to develop this relationship multilaterally along with third countries" (Voice, November, "Indo-Pacific and Taiwan: An unforgivable strategic vacancy"). Professor Yasuhiro Matsuda of the University of Tokyo states, "In order to postpone China’s 'forced peaceful unification,' Taiwan, the United States, Japan, and others must force China to face high risks and costs for using force.”

Regarding the protection of Japanese nationals in the event of an emergency in Taiwan, Mr. Masahisa Sato, a member of the House of Councilors (and former chairman of the LDP Foreign Affairs Committee), stressed that "prior coordination between the US and Japanese governments and the Taiwanese government on this matter is absolutely necessary," and that it will be the focus of the "three security documents" to be revised at the end of this year (Nippon.com interview, October 8).