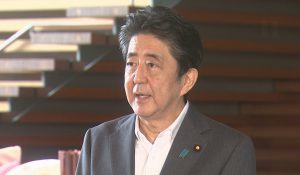 As for the former Prime Minister's legacy, many of the articles focus on (1) foreign and security policy, (2) economic and fiscal policy, particularly Abenomics, and (3) attempts to revise the Constitution in order to “break away from the postwar regime.” In this article, we examine the main arguments from these three perspectives.

Many commentators cite various initiatives in foreign and security policy as former Prime Minister Abe's greatest achievements. The Free and Open Indo-Pacific concept; the QUAD framework of cooperation consisting of Japan, the U.S., Australia, and India; his close relationship with U.S. President Trump; the creation of the National Security Council; and the enactment of the Peace and Security Act, which allows the exercise of the right of collective self-defense; are pointed to as specific examples of such initiatives. Many pundits described Abe as having taken a leadership role in adapting to the drastic changes in the international community while emphasizing values such as freedom, democracy, and the rule of law. It is also interesting to note that former Prime Minister Abe's global reputation for foreign and security policy was not fully recognized at home, until it became known to the Japanese public with his sudden death.

Kunihiko Miyake, president of the Foreign Policy Research Institute, cited "a major change in the very nature of Japan's foreign policy" as former Prime Minister Abe's greatest achievement, and recalled that "no other politician had such a strong vision for the nation and strategic view as Abe" (Voice, September. "Realistic Diplomacy Based on National View and Strategy"). Katsutoshi Kono, the fifth chief of staff of the Self-Defense Forces, cited Abe's creation of the National Security Council as his largest achievement and said, “The prime minister is the supreme commander of the Self-Defense Forces, and he was very conscious of that fact. He dramatically shortened the distance between the two (politics and the SDF), and I think he believed that this was the true meaning of civilian control.” (Voice, September. "The SDF's Great Benefactor, a Rare Leader"). Professor Yuichi Hosoya of Keio University wrote, "Abe's global leadership and his role as a leader and defender of democracy were never fully known in Japan. Therein lay his greatest contradiction and dilemma." (Chuō Kōron, September. "Theory of Prime Minister Shinzo Abe").

(2) Abenomics and Other Economic and Fiscal Policies

The evaluation of Abe’s economic and fiscal policy (Abenomics), which consisted of the "three arrows" of bold monetary easing policy led by the Bank of Japan, flexible fiscal policy led by the government, and a growth strategy to stimulate private investment, is not monolithic. The first arrow, "bold monetary easing policy," generally received high marks for lifting Japan's economy out of a prolonged period of deflation, correcting the super-strong yen to a moderate level of depreciation, and quickly boosting stock prices. The second arrow, "flexible fiscal policy," is widely viewed as having been basically neutral or tightening, and in particular, it has been pointed out that the timing of the consumption tax hike was a factor that delayed the end of deflation. It is still too early to evaluate the third arrow, "growth strategy," but Abenomics will surely be remembered by people as a legacy of former Prime Minister Abe. Furthermore, it will influence the future of the Kishida administration’s economic and fiscal policy.

Former Bank of Japan Deputy Governor Kikuo Iwata gave high praise to Abenomics, saying, "Abenomics greatly improved employment and succeeded in bringing the Japanese economy out of a prolonged deflationary period into a non-deflationary situation. Even though the consumption tax hike immediately after the Japanese economy began to emerge from deflation was bound to significantly impede the end of deflation, the consumption tax hike could not be postponed for a third time due to political reasons.” (Seiron, September. "The Kishida Administration Must Complete Abenomics"). Professor Yasuyuki Iida of Meiji University also expressed his view that "Abenomics turned the tide of the Japanese economy, which had been stagnant." He also questioned whether the "growth strategy may be underestimated a little too much," citing such achievements as agricultural cooperative reform, saying, "Compared to the fiscal and monetary policies, each of these policies is very modest, so it is difficult for the public at large to feel the progress of the growth strategy.” (Chuō Kōron, September. "Abenomics at the Halfway Point: Its Background and Future").

Former Prime Minister Abe was a firm proponent of revising the pacifist Constitution, the basis of the postwar regime, and had a strong interest in Japan's defense policy, including collective security. However, because of his conservative stance, he often faced harsh criticism from liberals while attracting support from conservative voters. Considering this, some observers believe that the ideas of a "break from the postwar regime" and "Japan, a beautiful country" that were loudly advocated during the first Abe administration were curbed in the second Abe administration which started at the end of 2012, and a more realistic and pragmatic political stance was taken. Regarding collective security, although the Abe administration did not succeed in revising the Constitution, some view that the haste with which it revised the interpretation of the Constitution to respond to changes in the international situation surrounding Japan's defense was a flexible and appropriate decision for the times, and that it was prescient in terms of relations with the United States. More than a few observers also praise the fact that he did not change his beliefs, even if it led to public criticism and a decline in his approval rating.

Professor Emeritus Tadae Takubo of Kyorin University, in his article "Realpolitik Abe may have drastically lowered the target for constitutional revision," explained that "he thought he had to open the way to allow for at least a partial right of collective self-defense by law in response to complaints over the unfairness of defense, as represented by former President Trump. (Seiron, September. "An Unseen Leader Ahead of His Time"). Professor Yuichi Hosoya of Keio University stated, "It was a change of interpretation to flexibly adapt the previous policy to the times," and that "the Peace and Security Legislation did not destroy Japan's constitutionalism, nor did it destroy Japan's pacifism... In a world awash with authoritarian leaders, Abe was internationally recognized as a leader embracing democracy." (Chuō Kōron, September. "Theory of Prime Minister Shinzo Abe ").