Inflation and the Weak Yen 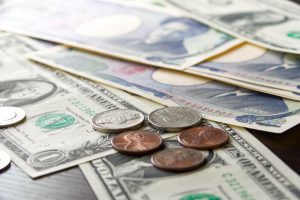 Rising costs for energy and food such as wheat, along with the progressively weakening yen, have given rise to concerns that this signals an end to deflation in Japan and the start of a period of high inflation instead. With the continuing Ukraine crisis and economic sanctions of Russia by Western countries including Japan, there are worsening crises in energy, food, and finance at the global level, leading to concern over the increasingly uncertain future. This article analyzes recent debates over Japanese inflation and opinions on the outlook for the weak yen.

The Realities of Inflation

Two factors are noted regarding inflation in Japan. First, the sudden increase in the cost of gasoline and fuels used for electricity, and for ingredients such as flour. Due to this, the Corporate Price Goods Index for May 2022 was 9.1% higher than it was for May 2021, a significant increase. A key reason for this “acute inflation” (Professor Tsutomu Watanabe, University of Tokyo) is Russia’s invasion of Ukraine and the resulting economic sanctions by Western states.

The second factor is that the consumer price index for goods and services people buy in their daily lives increased 2.5% overall year-on-year as of April 2022, and if fresh foods and energy are not included the index only rose 0.8% compared to the previous year, an inflation rate of essentially zero. If people nonetheless feel the cost of living has been rising recently, it is likely due to an increase in the “experiential inflation rate” (Professor Yasuyuki Iida, Meiji University) which consumers notice easily due to higher costs for food and gasoline, which they purchase as part of their daily lives.

These two facts can be understood as showing that “Before managing to overcome ‘chronic deflation’ (which has continued since the 1990s), Japan is being impacted by ‘acute inflation’ from overseas” (Professor Watanabe). This means the Japanese economy is faced with a difficult dilemma, in which possible solutions for one issue have a negative impact on the opposite issue.

Professor Watanabe commented that “Since Japan is suffering from two illnesses (chronic deflation and acute inflation), decisions on monetary policy must be made delicately.” He noted that if Japan tightened its monetary policy to suppress inflation, as the West has, “Although that might be a positive measure versus acute inflation, it would have a negative impact on production and employment, and therefore on chronic deflation.” The professor also explained that Japanese consumers, who “hate price hikes,” would “Move to preserve their lifestyle, becoming even more sensitive to cost, and leading to an even stronger tendency for companies to freeze prices.” (Bungeishunju, June. “Pricing chaos, a nightmare scenario.”)

In contrast, Professor Iida commented that even if the experiential inflation rate was high, the consumer price index remained low as of February this year, and that “No matter what standards you use, it is not possible to call such a low price increase ‘a high level of inflation.’” He continued by declaring that, with increased household and corporate uncertainty due to the COVID-19 pandemic and Russia’s invasion of Ukraine, as the yen grows progressively weaker, “People may be under the false impression that the weak yen is a major factor behind the current economic issues. However, the main factor behind the increasing energy and food costs in Japan is not the weak yen.” (Chuokoron, June. “The crisis caused by hoping for a weak yen.”)

A variety of arguments can be seen regarding the future of inflation and possible measures to take against it. While there are pessimistic opinions, such as warning that “Japan is on the path to hyperinflation” (Bungeishunju, July. “Prepare for inflation hell,” economic analyst Takeshi Fujimaki), there are also optimistic views, such as “The current rise in prices is only temporary, and while there will be a slight increase, things will calm down after about a year” (Professor Watanabe). There is also the opinion that the increase in the price of necessities which are largely imported, such as gasoline and food products, will lead to a decrease in demand for many domestic goods, stimulating deflation, in other words “the fear that inflation will cause deflation” (Professor Iida). Specific proposals for inflation countermeasures also vary depending on predictions of how inflation will proceed.

Professor Watanabe, who expects prices will calm down, noted that “small cost-saving measures” by consumers for products without other options such as gas (driving their car less frequently or only for shorter distances) or food (purchasing less expensive domestic food products), “will be able to offset the price increase of certain goods to a significant degree.” He stressed that Japan overcame the second “oil shock” in 1979, when the price of oil skyrocketed, due to “small cost-saving measures.”

Professor Iida, who stresses the importance of eliminating deflation, argued that a situation which makes it easy to increase prices is necessary to avoid companies cutting personnel due to high costs, stating, “Monetary easing, specifically low long-term interest rates, must be continued until a clear increase can be seen in the inflation rate of domestic products.” He warned that a return to deflation “would lead to greater long-term damage to the Japanese economy than the COVID-19 pandemic or Ukraine crisis.”

Recent Depreciation of the Yen and Interest Rate Hike Predictions

With the yen growing progressively weaker, on June 13 it fell to 135 yen to the US dollar, a 24-year record low. The growing interest rate differential between Japan and the US has been suggested as a key factor behind the weak yen.

The US Federal Reserve Board (FRB) has gradually raised the interest rate as it pursues monetary tightening in an effort to reduce domestic inflation, and at the June 15 meeting of the Federal Open Market Committee (FOMC), the decision was made to raise the interest rate by 0.75%, three times the normal increase. The interest rate has not been raised to this extent for 27 years, with the FOMC taking strong measures to stop the accelerating inflation. Federal Reserve Chair Jerome Powell emphasized at a press conference that he intended to continue raising interest rates. The European Central Bank announced that it would end its quantitative easing policy on July 1 and intended to raise the interest rate by 0.25% within the same month.

In contrast, in Japan, where the inflation rate temporarily reached 2%, the Bank of Japan (BOJ) has maintained its monetary easing policy with an interest rate of effectively zero, keeping the maximum for long-term interest to 0.25%, and at its June 16 and 17 monetary policy meeting the decision was made to maintain ultra-loose monetary policy. The BOJ intends to support the economic recovery that is in progress, while paying due attention to fiscal and exchange market trends as well as the impact on the economy and prices. BOJ Governor Haruhiko Kuroda, at a press conference after the monetary policy meeting, commented, “The sharp drop of the yen over the past few weeks has a negative impact on the economy and is not desirable... Our goal is sustainable economic growth, tightening the balance between labor supply and demand, and increased wages and commodity prices leading to a stable inflation rate of 2%.”

Regarding future exchange market trends, there are opinions that with the interest rate hike by the US there will be further sales of yen and purchases of USD, leading to the yen falling to 140 yen to the dollar this fall. In fact, it sank to 136.71 on June 22. A number of arguments were made regarding how far this trend of a weak yen and strong dollar would go, whether it is beneficial to the Japanese economy, and whether Japan would raise its interest rate in the near future. In particular, we will look at the opinions of former Vice Minister of Finance for International Affairs Eisuke Sakakibara, who became known as “Mr. Yen” in the late 1990s, and of Yale University Professor Emeritus Koichi Hamada, who worked as a Special Advisor to the Cabinet during the Shinzo Abe administration.

Regarding predictions that the yen will fall to somewhere between 140 to 150 yen against the dollar from the end of 2022 to early 2023, Sakakibara stated, “The yen will probably fall to somewhere around that level,” and suggested, “BOJ Governor Kuroda (whose term ends on April 8, 2023) will not make any significant changes to the policy of monetary easing.” Therefore, “It is safe to assume that the trend of a weak yen will remain the same during Governor Kuroda’s term.” The US, which is prioritizing keeping down inflation, is unlikely to contribute in foreign exchange intervention in order to strengthen the yen, and considering Japan’s foreign currency reserves, “There is a limit to the scale and frequency of yen-buying intervention that is possible.” (Bungeishunju, June. “Prepare for the post-Kuroda age of increasing the interest rate.”)

In an article jointly written with Keio University Professor Koji Nomura, Professor Hamada suggested that a high-pressure economy, in which “The national economy has full employment, with a weak currency of its own, and gradual inflation occurs without taking deliberate measures,” was desirable, and argued, “For the Japanese economy, preventing a strong yen is a necessary and sufficient condition for a high-pressure economy.” While showing concern that, after former Prime Minister Abe and Governor Kuroda created five million jobs by preventing a strong yen, “the idea that ‘a weak yen is bad’ might sink the Japanese economy again,” he concluded, “A high-pressure economy not only prevents short term drops in employment, it can be helpful for increasing long-term productivity such as TFP (total factor productivity).” (Seiron, July. “A sustained weak yen is desirable for the Japanese economy.”)