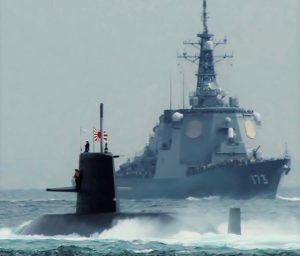 The June issues of major Japanese monthly magazines ran many articles looking at what lessons Japan could learn from Russia’s invasion of Ukraine. A special feature titled “How to protect Japan” in Voice included multiple articles focusing on the lessons to be learned from the crisis in Ukraine from a military security perspective, and a special feature in Bungei Shunju titled “Who is war for?” carried out emergency simulations of Japan being invaded by China, Russia, and North Korea. Lessons which Japan could learn from the crisis in Ukraine which pundits agreed upon included: 1) The importance of self-defense capabilities, 2) The importance of alliances as a framework to ensure security, 3) The reliability of nuclear deterrence, and 4) The importance of leadership and crisis response skills in political leaders. The key arguments for each topic will be introduced below.

1) The Importance of Self-Defense Capabilities

In the discussion on the expansion of Japan’s self-defense capabilities, in addition to Russia’s invasion of Ukraine, the growing and direct threat to Japan by China and North Korea was brought up. Topics discussed included trends in Japan’s National Security Strategy, increasing defense spending, the issue of the exclusively defense-oriented policy and the possession of counterstrike capabilities, cyberwarfare capabilities, and constitutional reform. On April 26, the Research Commission on Security of the Liberal Democratic Party (LDP) announced proposals for the creation of a new National Security Strategy, mentioning that NATO nations have a defense spending target of 2% of their GDP, and suggesting Japan should establish a budget large enough to significantly increase its defensive capabilities within five years.

Itsunori Onodera, a member of the House of Representatives of Japan and former minister of defense, ithe LDP Research Commission on Security that made those proposals. He argued that “When it comes to security, the most important thing is for Japan to have the will and capability to protect itself,” and on the topic of constitutional reform, that “The debate over constitutional provisions for emergency powers should move forward as soon as possible” (Voice, June, “Do not ignore threats of using nuclear weapons”). Hitotsubashi University professor Nobumasa Akiyama commented, “As the strategic environment in East Asia grows more severe, Japan should ensure it is on the same page as the US, and work together” in areas such as “Increasing Japan’s resilience as a nation and its defensive capabilities without giving in to the unacceptable demands that come along with the threat of nuclear weapons” (Voice, June, “The reality of the ‘stability-instability paradox’”).

2) The Importance of Alliances

Regarding the importance of alliances, many pundits noted the importance of the Japan-US alliance and the necessity of strengthening it as lessons to learn from Ukraine, which did not benefit from collective security by being a member of NATO. In particular, some pundits noted that it would be a significant deterrent if the US made it clear that it would defend Japan from the threat of China or other countries. Others questioned whether the US would immediately take action as an allied nation to protect Japan in such a situation, suggesting they could not definitely be relied upon.

In a debate which ran in the June issue of Bungei Shunju with the title “The US-Japan alliance vs. China, Russia, and North Korea,” Yusuke Anami, a professor at Tohoku University, stated, “Japan must strengthen its connections with the Quad (a security framework including Australia, India, Japan, and the US) and join AUKUS (a security framework for the Asia Pacific region between Australia, the UK, and the US), strengthening frameworks to counter China even during times of peace.” In this same debate, former Japan Ground Self-Defense Force Lieutenant General Hirotaka Yamashita commented that it had become clear that “If a nuclear power starts a war, then even the US will hesitate to go to war with them,” and noted, “There are growing concerns among those involved in Japanese national security that ‘The US might not actually come to help Japan when it comes down to it.'”

3) The Reliability of Nuclear Deterrence

On the reliability of nuclear deterrence, arguments were made that close discussions should be had with Japan’s ally the US about the reliability of extended deterrence. Regarding the Three Non-Nuclear Principles (not possessing, not producing and not permitting the introduction of nuclear weapons into Japan), some suggested that the possibility of nuclear sharing with the US should not be dismissed as a way to enhance nuclear deterrence, while others proposed lowering the reliance on nuclear weapons as a factor in overall deterrence.

Itsunori Onodera, mentioned above, stated that the LDP Research Commission on Security was generally of the opinion that “It would not be constructive for Japan to introduce nuclear sharing as it is carried out in Europe... First, the US should clearly indicate it would use nuclear weapons for extended deterrence.” Izumi Nakamitsu, the United Nations Under-Secretary-General and High Representative for Disarmament Affairs, noted that it was a significant cause for concern that “The narrative based on the misunderstanding that Ukraine was a nuclear power at the time of its independence, and would not have been invaded if it did not give up its nuclear weapons, therefore nuclear weapons are the ultimate security, has begun to appear in the public discourse,” and warned, “This is dangerous and could lead to a new expansion of nuclear armament” (Sekai, June, “The necessity and inevitability of nuclear disarmament”).

4) The Leadership and Crisis Response Skills of Political Leaders

The leadership and crisis response skills of political leaders were also brought up, along with the importance of national solidarity. Articles noted that the fact Ukraine President Volodymyr Zelenskyy is remaining in Kyiv while calling for the public and military to maintain solidarity, and engaging in negotiations for an end to hostilities while still sending messages to the rest of the world, has led to Ukraine receiving support from the international community.

In the Bungei Shunju debate mentioned above, University of Tokyo lecturer Yu Koizumi noted the extent of the support for the Zelenskyy administration among the Ukrainian public, suggesting that “Putin may have seriously believed ‘The Ukrainian public want to be annexed by Russia,'” and commented, “The current situation in Ukraine proves that it is costly when the head of a nation has an inaccurate understanding of a situation” (Bungei Shunju, June, “The US-Japan alliance vs. China, Russia, and North Korea”).