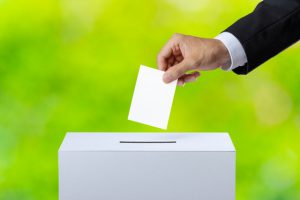 There have been a growing number of voices of concern in Japanese media over the global decline of democracy and rise of authoritarianism. It was a major news story when on December 9, US President Joe Biden invited around 110 countries and regions to an online Summit for Democracy in an effort to increase solidarity between democratic powers. In the article “Examining the boom in democracy books” in Volume 095 of the magazine Asteion, University of Tokyo Institute of Social Science Professor Shigeki Uno notes that the number of books with “democracy” in their title has been rapidly increasing, and suggests that this is due to growing doubts and distrust towards democracy, and a growing lack of understanding about what democracy is and its significance.

This article will introduce essays from the January 2022 issues of major Japanese monthly magazines. These essays question how democratic countries facing this crisis can deal with authoritarian countries using devious election strategies, reexamine the nature of democracy itself, and look at new systems to replace traditional representative democracy.

Higashijima noted that with the major changes to the power balance of international politics, such as the decline of US leadership and the rise of China, democratic crises are being discussed in Western countries, and also there has been renewed attention given to democracy’s counterpart, authoritarianism (dictatorships). The methods of control used by authoritarian leaders include violence and oppression, such as China’s political oppression of the Uyghurs and ideological control, Russia’s violence towards opposition politicians and journalists, indiscriminate violence against citizens for democracy in Myanmar, oppression of human rights and discrimination against women in Afghanistan, and North Korean oppression of the populace. However, Higashijima suggested that elections are a clear manifestation of how dictators apply these methods of control in order to survive, because a reign of terror would be costly with worsening international relations and fomenting anti-government movements.

The professor also stated that instead of traditional authoritarianism, there has been a rapid rise in “electoral dictatorships,” in which multiple political parties field candidates but the dictator manipulates elections using various methods to ensure they always win, with the most common method used being “obvious rigging of the election.” He provided his analysis that dictators change elections into a system for strengthening their position by ensuring overwhelming victory in elections through economic redistribution to win popular support, manipulating election results through election systems, carefully selecting the timing and targets for carrying out compulsory measures such as oppression and violence, and cunning abuse of the media.

Higashijima argued that in order to fight back against these new methods of control for dictators, there is a need for international aid beyond monitoring and preventing election fraud which is more directly involved in the internal affairs of authoritarian countries, such as decentralization and transparency for fiscal management, detailed investigations into election manipulation, and support for ensuring the rights of citizens and the rule of law outside of elections as well. He concluded that democratic countries must carry out ceaseless reform of democracy itself, as it is in crisis, but also need to develop multifaceted international support beyond the framework of elections.

■“Public sentiment may ruin the country—The threat to Japan from viewing the ‘will of the people’ as an absolute,” Kyoto University Professor Emeritus Keishi Saeki (Bungeishunju, January)

Saeki warned that Japan is haunted by the specter of public sentiment, and this might lead the country to ruin. He states that by making public sentiment an absolute, the Nazis terminated democracy once they took power with overwhelming public support. Even though we learned of the threat of public sentiment with the Nazis, we are in a strange dilemma because we cannot abandon it, and that is at the core of today’s distrust of politics, political instability, disinterest in politics, and shift to politics as entertainment. Saeki stressed that it is a serious situation in which public sentiment can destroy politics.

Unlike public opinion, a collection of opinions formed through rational consideration, mass sentiment is formed by emotions and feelings, and even in elections only shows interest in factors close to the daily lives of the public, such as raising wages or support for childcare, as opposed to global debates. Saeki declared that public sentiment led to continued mistakes for important national decisions, with 30 years of political and economic reforms in Japan failing while the media led public opinion to support them.

Saeki stated that democracy is nothing but a rule and process for representatives selected by election to make political decisions through debate, and that in order for it to function basic shared values had to be respected, such as respecting the process, restraining self-assertiveness, and tolerating others’ opinions, but declared there was no need to give limitless meaning to something insubstantial like the will of the people, even if sovereignty rests with them. He warned that if nothing exists to keep the voting public in check, public sentiment can go out of control, which could lead to the collapse of democracy and Japan’s imperial system.

Mikami suggested democracy was the key factor in achieving net-zero greenhouse gas emissions by 2050, and brought up the problem that the dynamic shifts in economic and social systems and lifestyle to become a carbon-free society would be difficult to carry out by relying only on traditional representative democracy systems. From this perspective, he focused on the numerous climate citizens’ assemblies held in European municipalities and countries such as France and the UK since 2019 as an innovation to pursue more direct participation in determining policy. According to Mikami, these climate citizens’ assemblies select dozens (sometimes more than a hundred) of average citizens by lottery to debate the issues over weeks or months, and the results are applied by national and local governments when proposing and implementing climate policy.

On the other hand, democratic innovation is the concept of increasing opportunities for citizens to directly participate in debates over issues and take a larger role in determining what action to take, and is behind the movement of youths seeking participation in determining climate policy and climate citizens’ assemblies, which Mikami calls “climate democracy.” He noted that although there are differences in political culture and industrial structure between Western Europe and Japan, there are major similarities in the urgency of climate change and the dysfunction of representative democracy, and there was a chance for climate democracy to take root in Japan as well.

Mikami introduced Climate Assembly Sapporo 2020 and the Youth Climate Conference, both of which he was involved in himself, as test cases. He concluded that in order to encourage the trend of regional and youth initiatives in efforts to simultaneously innovate democracy and shift to a carbon-free society, it is necessary to officially adopt methods for participation and deliberation, and carry out reforms to establish a permanent system.