Magazine Articles of the Month : Challenges for the New Kishida Administration 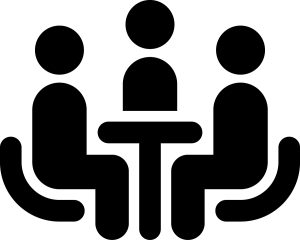 The new administration of Prime Minister Fumio Kishida started on October 4, and the general election on October 31 made clear what challenges the new Kishida Cabinet would be facing in both domestic politics and foreign affairs. The prime minister has been displaying “Kishida Color” with plans to move away from neoliberalism, create a new capitalism, develop a virtuous cycle of growth and distribution, and have roundtable discussions with the public. The November issue of Voice ran a special feature called “What Will Happen with the New Kishida Cabinet,” and other monthly magazines also ran their own articles on the challenges facing the new administration. Prime Minister Kishida, who says the “ability to listen” is his main strength, has been engaging in discussions with the public since taking office, and everyone is watching to see how that will effect the policies he makes.

When asked by Agawa, author of the bestseller Ability to Listen, when he began to think his ability to listen was his main strength, Kishida replied that he thought so since before the election for the Liberal Democratic Party (LDP) presidency last year, with politicians competing not with their ability to listen but their ability to speak, and he wanted to listen to the voice of the people when debating. The prime minister also explained that the reason he rarely looks at his notes when responding to questions during press conferences is that making it seem like a dialogue presents a greater sense of sincerity.

When working at the Long-Term Credit Bank of Japan, Kishida handled clients who went bankrupt or skipped town, which led to him feeling that life was often unfair. When he moved to New York because of his father’s work, he also encountered racism in a local elementary school. These experiences led him to wanting to spend his life in politics working towards building an ideal society.

On the topic of growth strategy, Kishida stated that Abenomics was very successful when it came to economic growth, but those benefits did not reach people with low income, and so he would like to keep in mind distribution to those with low income and the middle class, creating new growth with increased consumption through efforts to increase wages paid by private companies, significant reforms to tax incentives for wage hikes, and improved income for nurses and care workers. He also said he intended to carry out large-scale investment in research and development of cutting-edge fields such as green technology, artificial intelligence, quantum technology, and biotech to achieve growth and make Japan an international leader through innovation.

Takenaka predicted that the challenges Prime Minister Kishida would be facing in the area of foreign affairs and security would be strengthening the Japan­-US alliance and promoting a Free and Open Indo-Pacific, and suggested three more challenges in other areas: 1) Responding to the COVID-19 pandemic, 2) Reforms such as loosening restrictions to promote digitalization and sharing in the economy as a growth strategy, and 3) Policy coordination with the ruling parties.

Regarding the economy, since the prime minister is working towards a “new capitalism” and a “virtuous cycle of growth and distribution,” Takenaka predicted his main growth policies will be 1) promoting Japan with advanced  science and technology, 2) the digital garden city national framework, and 3) economic security, and his distribution policies will be 1) business management reforms, 2) expanding the middle class, and 3) increasing the wages of public workers such as nurses and childcare workers. Since the Kishida administration has established a ministerial post for it, Takenaka also suggested emphasis would be placed on economic security. He argued that the prime minister preparing a national strategy and drafts of laws in this area showed his intent to revive industrial policy in which the state takes the lead in important industries and technological development.

For COVID-19, Takenaka noted the issue would be preparing for the sixth wave of infection, and that it was necessary to hurry with the third dose of vaccines and be decisive in restricting movement to stop the growth in infection rates once it begins. He also stated that during the pandemic, policies to promote digitalization and sharing would be immediately effective economic policies, and stressed the necessity of completely lifting restrictions on ride sharing as well as loosening restrictions on online diagnosis and on individuals renting short-term lodging.

Yamauchi stated that the biggest challenge the Kishida administration would be facing in foreign affairs was China. He argued that even after retreating from Afghanistan, Japan’s ally the US would likely continue to be distracted by the Middle East, and therefore Japan, which feels the threat of China more keenly due to its proximity, should take responsibility to show leadership in working to ease tensions. He said that as China is attempting to extend its tentacles to Taiwan, “Common sense suggests that with all the human rights abuses China has carried out against the people of Hong Kong, they will never be magnanimous towards Taiwan.”

Yamauchi predicted that since Japan is facing a diplomatic trial involving Taiwan, which occupies a position of geopolitical, economic, and emotional importance, Prime Minister Kishida might be planning to personally take the reins on this issue. While the prime minister belongs to the Kochikai faction, which has traditionally been pro-China, former prime minister Shinzo Abe and LDP vice president Taro Aso, who take a hard line on China, are also behind him. Therefore, Yamauchi suggested a sustainable, balanced approach to diplomacy looking at the big picture would be taken.

In Kishida’s policy speech, his comments about moving past neoliberalism gained attention, but Yamauchi said this resonated with the stance of bringing the new middle class back to the core of society. The professor suggested that Kishida was calling for growth and distribution and to leave neoliberalism behind due to his perception of the problem being that in Japan today, inequality is growing and the middle class shrinking due to the collapse of the system of stable lifetime employment and policies to promote hiring non-regular employees. However, Yamauchi argued that even if the prime minister called for growth and distribution, civil society and the nation could only be strengthened if people did not view this as the government’s problem, but instead sincerely worked to fulfill their own duties. He concluded that the people of Japan should learn from how Afghanistan collapsed due to the soldiers’ lack of loyalty to the nation and citizens’ lack of a sense of responsibility toward their duties.