Magazine Articles of the Month: Exit Strategy for the COVID-19 Pandemic 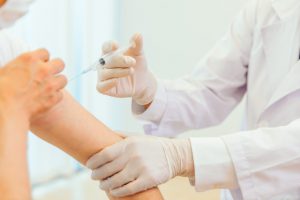 The state of emergency declaration for COVID-19 was lifted at the end of September, and the number of infections has continued to rapidly decline since then. Reflecting this situation, many of the November issues of monthly magazines ran articles discussing the exit strategy for the pandemic. The discussions mainly revolved around requiring vaccination and healthcare reform in order to prepare for a new wave of infections, or issuing vaccine passports and loosening restrictions on movements to restart economic activity.

The article which deserves the most attention this month is likely one by Vice-Minister of Finance Koji Yano, “The Vice-Minister of Finance speaks—The country will go bankrupt at this rate” (Bungeishunju, November). Angry at the recent policy debates that seem like a competition to spend more money, he firmly declared that the country going bankrupt would be unavoidable at this rate. Stating that a temporary worsening of the national finance had to be accepted to respond to the pandemic, he warned that continuing to grow the debt even after the pandemic ends could impact the rating of Japanese government bonds. He also indicated that he was strongly against a temporary reduction in the consumption tax as a desperate measure to respond to the pandemic.

Niinami noted that the immediate issue facing Japan was how to simultaneously prevent the spread of infection and carry out economic activity, stressing that with the restaurant industry in shambles as numerous stores have closed down or gone bankrupt it was necessary to get the economy moving with immediate, significant loosening of restrictions on eating out and travel. When loosening restrictions, he suggested the government should not just decide on rules and regulations, but also ensure they are followed, and brought up Yamanashi Prefecture’s Yamanashi Green Zone Certification, which carries out surprise inspections, as a good example.

In response, Muto was adamant that when loosening restrictions it was important to keep in mind the toxicity and infectiousness of the delta variant, as well as the possibility of falsifying proof of vaccination and prejudice against people without proof of vaccination. He also commented that it would be difficult to make vaccinations required, and that it would be more realistic to consider the risks and benefits and proceed on a case-by-case basis, requiring vaccinations only at companies over a certain size or in certain professions such as police or firefighters, like other countries have done. Muto argued that if vaccine passports were going to be strictly implemented, PCR tests and antibody counts should also be carried out before people enter or leave the country.

Niinami proposed two points for an exit strategy: to use the 20 trillion yen in household savings and 30 trillion yen carried over from last year in the government’s budget (a total of 50 trillion yen) in a way that will impact the economy, and to work on social welfare reform. Muto commented that it would be important for an exit strategy to reconsider how COVID-19 should be dealt with as an infectious disease. Suggesting there would be a shift from focusing on the number of people infected to building a system to save those with severe symptoms, he mentioned that there was data indicating COVID-19 could be managed to the extent it would cause less casualties than influenza if a proper system was made for vaccination to avoid severe symptoms, and that discussions should be carried out based on this kind of data.

The subcommittee released their exit strategy on September 3, followed on September 8 by their thoughts on lifting the state of emergency declaration, but Omi explained that originally they planned to release these proposals in the opposite order. They were concerned that proposing an exit strategy while the state of emergency declaration was ongoing would send a misleading message to the public. Omi noted that the government wanted to loosen restrictions while still under the state of emergency declaration, a point the subcommittee did not fully agree with the government on, and that the government was a little hasty about an exit strategy. For an exit strategy, the subcommittee proposed a “vaccine and testing package” to simultaneously prevent the spread of infection and enable social and economic activity by reducing restrictions based on proof of vaccination or a negative test result. As examples of loosened restrictions, he mentioned being able to visit hospital patients or nursing home residents, business or leisure trips across prefectural borders, large-scale events, and face-to-face university classes.

Omi stated that when the subcommittee was making their exit strategy, they told the government, “Please be sure that if nothing else, loosening restrictions and restarting social and economic activity is not done until November at the earliest, as long as the situation remains calm after the state of emergency declaration has been lifted.”

■“It is the duty of the government to require vaccination,” Toshio Kuroki, Professor Emeritus, The University of Tokyo (Voice, November)

Kuroki stated that it would be possible to coexist with COVID-19 once, like influenza, it was possible to receive a simple diagnosis with a hospital visit, there was a vaccine available, and specific oral medicine was available for it, but that would take at least another two or three years, and until then we would likely be receiving vaccines every year, depending on their efficacy.

He explained that without vaccinations, the cycle of infection, strain on the healthcare system, and state of emergency declaration would continue, and that he was firmly in favor of requiring vaccinations for everyone who did not have a medical reason not to be vaccinated. He argued that for people who cannot be vaccinated due to pre-existing conditions or other health reasons, other measures should be put in place such as treatment with a drug cocktail or requiring weekly PCR tests.

Kuroki suggested that vaccine passports should be issued in January 2022, when vaccinations will be available for everyone, and that this would be the key to recovering the Japanese economy. He also called for the new prime minister to not only require vaccinations and issue vaccine passports, but to carry out reforms to the healthcare system and reconsider how to communicate information. For the healthcare system, he suggested building hospitals for patients which require acute treatment, and having facilities in each prefecture to deal with pandemics and natural disasters such as floods and earthquakes. For communicating information, he stressed that the prime minister himself should enthusiastically call for citizens to get vaccinated, with an explanation based on data showing the effectiveness and safety of the vaccines.