Magazine Articles of the Month: The New Biden Administration: Challenges to Shift from Division to Unity and from Conflict to Cooperation 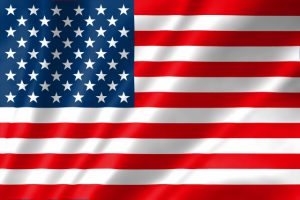 On January 20, Joe Biden became the 46th president of the US under heavy security in Washington, D.C., where he declared a victory for democracy and called for national unity. President Biden immediately signed an order to rejoin the Paris Agreement, an international framework to respond to climate change, and indicated his intent to restore international cooperation. What will change in the transfer of power from Trump to Biden, what will remain the same, and how should Japan respond? This article will introduce analysis and opinions from the January and February issues of major Japanese magazines, about the challenge to democracy from populism and the future of international society as the conflict between China and the US causes instability.

■ In the article “Looking for lessons from the Trump era: Can democracy overcome tribalism?” (Chuokoron, January), Keio University Professor Yasushi Watanabe commented that the most notable part of the recent election was how Trump managed to receive 73 million votes, 47.2% of the popular vote, and that the way he encouraged people uninterested in politics who felt disenfranchised by society to participate in politics “demonstrated the health of democracy.” However, he also stated that the conflict between the US’s two parties over wearing masks in the pandemic and the Black Lives Matter movement was a symbol for “a divided America,” and lamented the paradox of that division being exacerbated by an election, the symbol of democracy, as being “like a third-world country.” He suggested that one of the reasons for this division was a growing distrust of the mainstream members of both political parties, and a loss of influence, due to the rise of populism, and that this problem would not be solved just because there was a different president.

Watanabe also focused on the movements of extremist organizations calling for the destruction of social order through violence and riots which deny the ideals of enlightenment which American democracy is founded on, and gave his analysis that this went beyond polarization to a state close to political tribalism. He argued that the key to overcoming tribalism was free elections and a free market, the driving forces behind American democracy, and presented two scenarios: an optimistic scenario, in which millennials, interested in social justice as the US’s population becomes increasingly diverse, use their growing influence as voters and consumers to become a force political parties and corporations will be unable to ignore; and a pessimistic scenario, in which increased production due to the adoption of AI and robotics leads to further inequality, and despairing people seek out a “messiah” to destroy the status quo.

■ In the article “The post-Trump state of affairs and the future of international cooperation” (Sekai, January), Aoyama Gakuin University School of International Politics, Economics and Communication Professor Yoshiko Kojo argued that since the 2008 global financial crisis, doubts had surfaced about the three values of the international liberal order (free and open economies, democracy, and multilateralism), fanning the flames of division in society, and leading to Trump gaining support from voters with his calls for nationalism, isolationism, and exiting multilateral frameworks. The “doubts” she described were distrust in the global economy due to growing inequality, the rising trend of nationalism and isolationism in democratic countries, and inefficient multilateral frameworks in which differences of opinion occur. In light of this point, she gave her analysis of what changes were likely to occur with the new Biden administration, suggesting that there would be a focus on the importance of multilateralism by working together with other democratic countries to deal with shared issues, and that considering domestic opinion as well, the administration would maintain a strong stance against China, calling for adherence to the rules of a free and open economy.

Kojo stated that in order for the US to take the lead in multilateral cooperation and increase its effectiveness, it would first need to gain support by demonstrating results in dealing with pressing domestic issues such as the COVID-19 pandemic, economic recovery, and repairing division. She proposed that Japan could contribute to the stability of international cooperation by first debating what kind of society Japan is aiming for within a free and open economy, as inequality increases along with the budget deficit and poor economic growth continues, and then, without being distracted by the conflict between the US and China, taking a leading role in creating the rules of multilateral frameworks and developing agreement between nations about shared mutual benefits, leading to international cooperation.

■ In the article “The role of a semi-major power recovering from being in a position overshadowed by China” (Voice, January), Nikkei commentator Hiroyuki Akita predicted that with a serious rift having grown between China and the US due to the coronavirus pandemic, the conflict would actually become more entrenched during the Biden administration as there is growing distrust in the US of the Chinese Communist Party’s regime, in addition to China’s actions on the oceans and in the technology industry. He also suggested that due to internal divisions and inequality, it would take a number of years before the US could regain global leadership, and that the US was in the process of losing the battle over spheres of influence when it came to the military and digital technology, major indicators of what nation will achieve global hegemony. He argued that in addition to significantly strengthening Japan’s own defensive capabilities and the Japan-US alliance, Japan should work towards building a collective security framework based on the Free and Open Indo-Pacific Strategy, including not only Japan, the US, Australia, and India, but also countries such as France, Indonesia, the UK, and Vietnam. He also noted the successful example of cooperation between Japan, the US, Australia, and Singapore regarding the construction of a submarine cable, key factors in digital hegemony, to Palau, and concluded, “To maintain the current order, the role of semi-major powers will become even more important.”

■ In the article “The world being shaken by the patchy conflict between the US and China” (Voice, February), University of Tokyo Graduate School of Arts and Sciences Professor Shin Kawashima stated that the intensifying conflict between the US and China, which during the COVID-19 pandemic expanded from being about tariffs to military and civilian technology, and to values such as democracy and freedom, was not an all-out conflict but a selective one, in which the diverse points of contention shift to match the times. The professor noted that the Trump administration was obsessed with trade issues, but the Biden administration would look to cooperate with China on issues such as climate change. He provided his analysis that China would pay a great deal of attention to whether it could maintain the “new type of great power relations without confrontation or conflict, with mutual respect, and win-win cooperation” which Xi Jinping has promoted, and whether the US would respect Chinese sovereignty in its “core interest” territories including Taiwan, Tibet, and Xinjiang. The professor noted that the US bringing up issues related to the values of democracy and freedom can be seen by China as a challenge towards their core interests.

Kawashima also argued that even if both the US and China worked to gain a majority by influencing other countries, each country has its own stance and perspective, and the world would not simply separate into two sides, although many countries would face issues from a decoupling of the US and China. He suggested that as an ally of the US with strong economic ties to China, Japan would of course side with the US on security issues, but otherwise should approach issues on their own merits considering its economic ties with China, and work together with other countries to prevent the US-China conflict from going too far, while also tirelessly continuing to “negotiate” with the US and China in order to maintain Japanese peace, stability, and prosperity.