Magazine Articles of the Month: Proposals for the Suga Administration 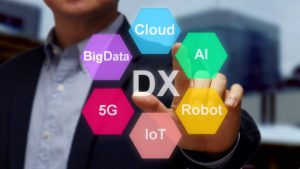 Three months have passed since the new Suga administration began in September. While maintaining the legacy of the previous Abe administration’s policies, Prime Minister Suga has also been implementing his own unique policies such as regulatory reform, the establishment of a Digital Agency, and stimulating regional economies. The December issues of major Japanese magazines carried proposals from various experts for the Suga administration, on economic policy, digital policy, responding to the declining birthrate, and the bureaucratic system.

Niinami commented, “During the COVID-19 pandemic, a productivity revolution using digital technology should be carried out,” arguing that digital technology is critical to rapidly building the infrastructure to act as the foundation for regional decentralization, and will encourage skilled workers to move and investment from the private sector. He also stated that increasing the minimum wage would lead to businesses moving forward with digital transformation.

Itoh noted that although Abenomics was effective in stimulating demand, there was a limit to what the supply side could provide. Suggesting that digital technology could increase the productivity of the supply side, he indicated his hope that Suganomics would include regulatory reform so as not to interfere with supply side technological innovation.

■ Voice ran a special feature titled “Five Issues for the Suga Administration,” which included an essay by University of Tokyo Interfaculty Initiative in Information Studies Associate Professor Soichiro Takagi about one of the Suga administration’s key policies, establishing a Digital Agency, titled “The key to a successful Digital Agency is cross-sectional leadership.”  Takagi stated that political leadership was important for digital transformation to occur, and noted how significant it was that Prime Minister Suga had made digital policy one of his priority issues. He also argued it was necessary for the Digital Agency to “shift to customer-oriented service,” like a private sector company, and provide its customers (the public) with information in a timely manner while also simplifying procedures for applying for and receiving subsidies.

In an essay titled “Economic policy to protect intangible resources in a time of crisis,” Meiji University Associate Professor Yasuyuki Iida argued that the COVID-19 pandemic was different from previous major disasters and pandemics in three key ways: “1) The severity of its impact is significantly different depending on the industry or individual business, 2) No direct loss of physical assets is involved, and 3) There was a sudden drop in demand.” He also suggested there was a limit to the effectiveness of providing uniform benefits as an economic policy in this situation, and that in order to establish a system for companies which need money will receive as much as necessary, capital loans showed potential, with a low priority for repayment and which are paid back after other debts in case of bankruptcy.

Komori stated that “the world after COVID-19” would require preparing preventative vaccines and medicine for the disease worldwide, as well as a second condition of learning from the mistakes of this pandemic to create a manual for pandemic response, to prepare for when another pandemic occurs. He also called for Prime Minister Suga not to delay dealing with urgent issues such as the COVID-19 pandemic, climate change, and the declining birthrate, and to carry out policies focusing on results.

Namba noted that the key to stimulating the Japanese economy was promoting diversity through “increased fluidity of human capital,” and “Greatly increasing the quality and quantity of startup companies.” She also suggested the government carry out thorough regulatory reform in order to use the power of innovation to its full potential.

■ In an article titled “Moving beyond a Western model for responding to the declining birthrate,” which ran in Voice in the special feature mentioned above, Chuo University Faculty of Letters Professor Masahiro Yamada gave his analysis that the logic for Japan’s declining birthrate was that young people “do not want to get married or have children if it carries the risk of their quality of life becoming lower than their parents was.” While praising the Suga administration for policies such as using health insurance for fertility treatment and housing support after getting married, he suggested “aggressive policy plans which will grab young people’s attention” in order to eliminate concerns over the future which have been exacerbated by the pandemic. For example, support for measures to encourage opposite-sex couples to date, forgiving half of student loans, free university tuition for children after the first, and guaranteeing a minimum income for households raising children (with the government providing the difference).

■ The Voice feature also included an essay titled “From an adjustment bureaucracy to a policy-proposal bureaucracy” by National Graduate Institute for Policy Studies (GRIPS) Professor Jun Iio, discussing the system of bureaucracy enabling the Suga administration to implement policies. Iio noted that the Abe government showed strong leadership by the Prime Minister’s Office, and was not the kind of political leadership desired, with politicians deciding overall policy frameworks through discussions with the public, followed by the bureaucracy making those into concrete policies and then implementing effective policies. He stated that a major issue was to ensure all three standards for the relationship between politicians and the bureaucracy, including “separation” and “cooperation” instead of just “control”, be implemented, and that new institutional measures should be created to ensure the political neutrality and independence of the bureaucracy. He also argued that the pandemic response had exposed the inability to quickly implement new policies, and that a bureaucracy which can properly manage the process of policy implementation was necessary.