Magazine Articles of the Month: Coexisting with COVID-19 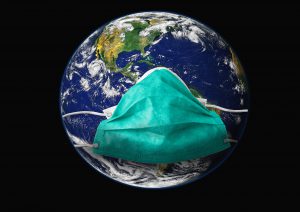 The spread of COVID-19 continues to show no signs of stopping. With no clear indication on when a vaccine or cure will be available, the idea that we will have to coexist with this virus over the mid- to long-term has been gaining traction.

The September issues of major magazines in Japan ran multiple essays discussing the attitude necessary for coexisting with COVID-19, and insisting on the necessity of people increasing their knowledge and literacy regarding the virus.

Yamamoto argued that working in a shortsighted frenzy to eliminate the virus could increase its toxicity and make the situation worse, so the idea of “eliminating the virus at an early stage” should be abandoned in favor of adopting the attitude of “coexistence, possibly over the long term,” while searching for a point of equilibrium with the virus. He suggested the issue moving forward would be increasing the scientific literacy of Japanese citizens regarding coexisting with the virus.

He suggested that instead of debating whether to prevent infection or reopen the economy, a strategy should be taken to use science to solve any issues that arise for preventing the spread of infection while allowing the economy to operate. Instead of requesting businesses to close nationwide, Yamamoto argued for a more targeted response considering characteristics such as location and day of the week would be necessary, and that big data and AI should be used to that end.

Stating, “When coexistence with the virus is taken as a given, infections themselves are not necessarily bad for society,” Yamamoto explained that when looking at infection data, in addition to the number of infections and PCR tests, the ratio of severe cases and community transmission are also important indicators. “By keeping the number of severe cases down, the number of deaths can be decreased, and by identifying the route of transmission clusters can also be isolated. In that case, a slow spread of infection can be tolerated to some degree.”

“No one can be sure about how many waves of COVID-19 there will be, how much its toxicity will increase, or when it will end. Humanity has no choice but to persevere over the long term. Even if the COVID-19 pandemic ends, to be ready for the appearance of a new virus we should maintain the attitude of coexisting with viruses, and make the appropriate preparations.” To that end, Yamamoto stated that a Japanese version of the CDC (Centers for Disease Control and Prevention) should be established.

Tateda suggested that if Tokyo had over 600 new cases per day the infection would enter a completely new phase; if around 200 cases continued for a long time then the number of hospital beds would gradually fill and put a strain on the healthcare system, and in that case it would be necessary to consider declaring a state of emergency again to prevent the healthcare system from collapsing if severe cases increased all at once; and that if the number of cases per day dropped to around 100, then it may be possible for the pandemic to be suppressed quickly. He stated that the most effective way to reduce the number of infections was to declare a state of emergency and suppress people’s activity, but as doing so would cause too much social and economic damage the biggest issue right now was how to prevent the spread of infection while carrying out social and economic activities. He argued that literacy about infections was important, with people being able to use their imagination to consider the risks for themselves.

Miyazawa stated that generally the toxicity of a virus could either weaken or strengthen at essentially the same time based on chance, but people infected with more toxic viruses become unable to move, so the virus is unlikely to be transmitted and there is no need to worry too much. He predicted that COVID-19 would have fewer severe cases with each successive wave. He suggested that the number of deaths did not change during the state of emergency declaration, and so if no state of emergency had been declared and people simply avoided the “Three Cs” and did not go out unnecessarily on the weekend, the result would have been the same. He commented that if men wear a mask normally and, like gentleman, avoid raising their voice, even seniors could go shopping without any worries.

Miura also argued that the state of emergency declaration was unnecessary and should not be made again, as it had a devastating and wide-reaching impact on society with millions of jobs already lost and more companies expected to start going bankrupt in the fall. She proposed that even if the number of infections surged and it was necessary to request people to restrict their movement, that request should be limited to seniors and people with underlying medical conditions at risk of becoming severely ill, and everyone else, while health advice and shopping assistance are provided, otherwise carries out their normal lives.


Kasai explained that infectious diseases know no borders, and that with countries around the world doing their best to deal with the COVID-19 pandemic, now was the time to show solidarity. He stressed that in order for countries to protect themselves, it is important to work together regionally and globally to share information, analyze the characteristics of this virus, work together to develop effective diagnosis and treatment methods, and provide support to those countries with insufficient responses.

Kasai stated that lockdowns were gradually being lifted in countries around the world, but in some cases restrictions were being lifted despite the healthcare system still being stressed, along with insufficient systems for testing, tracking of infections, and quarantining. While remaining vigilant, he suggested it was important to search for a new normal enabling both the prevention of infection and social and economic activity, while being prepared for this to be a protracted battle. The foundation for this new normal would be each individual taking an interest in their health, and taking actions to protect their family, coworkers, and seniors in their community, while the business sector seeks ways to lower the risk of infection while operating and the government implements policies to support these actions.

He warned that while the number of infections and deaths in the Asia Pacific region was lower than in other regions, we can not let out guard down, and preparations for large-scale community transmission should be carried out. As long as the virus is active somewhere in the world, there is a risk of infection, and people should continue to prepare for a large-scale pandemic while being resolved to live with this virus over the long term. With people changing their activity patterns individually as a foundation, public health initiatives and socioeconomic activities should be balanced at a high level, in order to create a new normal.


Kasai noted that this new normal was based on new ideas and values, with a shift from treatment to prevention and the health of individuals being considered part of a community’s social infrastructure. These ideas have been promoted as part of universal healthcare coverage initiatives, an area in which Japan demonstrates global leadership.

■Chuokoron, Sept.    Special Feature: COVID-19, War, and Crisis Management
“The true nature of the failures of our leaders: They should overcome internal conflict and leave issues in regional leaders’ hands”
Yuriko Koike, Governor of Tokyo


Koike stated that Japan’s constitution makes it difficult to restrict individual rights, and so the pandemic response was calling for people to regulate their own actions on “a request basis,” but thanks to the residents of Tokyo being sensible it was successful. She praised the good morals of people wearing masks not only to protect themselves, but to avoid inconveniencing others, while stating her determination moving forward to implement focused, pinpoint, effective policies instead of simply relying on the character of the Japanese people. The governor commented that Tokyo was working to increase its capacity for PCR testing to 10,000 tests per day, and so it was expected the number of new infections announced per day will increase.

Although Tokyo’s finances worsened dramatically with the COVID-19 pandemic, with internal reserves dropping by more than 90%, Koike is unconcerned, stating that reserves should be used when necessary. Having made an election promise of a “profitable Tokyo,” she explained that she would increase the overall pie and focus on encouraging growth, and although Tokyo’s tax income will decline over the short-term, by using the national government’s system of special economic zones the city will focus on the field of international finance. With Hong Kong, long known as a center for international finance in Asia, facing problems, Koike mentioned she felt Tokyo was being reevaluated as it defends freedom and democracy. She stated the city would increase its efforts in IT and build 5G infrastructure, and, using the fact that over half of listed companies in Japan have their head office in Tokyo, work to connect large businesses with startups and SMEs.

She argued that with the COVID-19 pandemic, the situation of infections is changing rapidly in each region, and there was a limit to what the national government could do with universal measures, which are also slow to respond, so they should leave things to the leaders of local governments who are familiar with their own jurisdiction, with the national government providing prefectures with both authority and funds.