Japan’s Science and Technology Capabilities Stand at a Crossroads 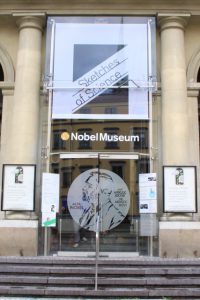 The media is abuzz with news about the Nobel Prize. Since entering this century, there have been 13 Japanese recipients of the Nobel Prizes in the natural sciences (physics, chemistry, and physiology or medicine), second only to the USA’s 56 recipients. However, recently there has been growing concern in Japan about funding shortages, declining numbers of researchers, and decreased numbers of research papers in the field of basic research. The 2019 White Paper on Science and Technology stated, “There are concerns about a decline in Japan’s global presence in the area of basic research, and we stand at a significant crossroads.”

Professor Tasuku Honjo, who was awarded the 2018 Nobel Prize in Physiology or Medicine, mentioned the number of research papers as an important indicator of a country’s science and technology capabilities, and noted that Japan, which was second in the world behind the US for 2004-2006, was overtaken by China and Germany and dropped to fourth for 2014-2016. According to the professor, the reason for this was the “open innovation” policy promoted by the government in the 1990s (a policy to develop innovative business models and create value by having multiple organizations work together and combine their technology and ideas) led to major companies shutting down their central research labs where basic research was carried out, so new research papers stopped being released. The professor also noted the problem of the Japanese government focusing its research funding in research likely to show results in the short term, and argued that the country should be funding earlier research, unlikely to show results soon but with future potential. In particular, even though the vast majority of research papers that receive the most attention worldwide are in the life sciences, a field in which nations science and technology capabilities can be clearly seen, Japan has only invested one third of its science and technology budget in the field, and so Honjo lamented, “This brought about a decline in Japan’s status when it comes to science and technology.”

The professor also noted that even though the academia in Japan have a veritable mountain of seeds for potential new medicines and treatment methods, they do not have the knowhow to develop them into products, and at the same time companies no longer have the human resources to find these hidden seeds. He argued that it was urgent to “carry out joint research in a win-win relationship between academia and business.”

Honjo mentioned that in recent years, the number of students entering doctoral programs has been declining, and noted that this situation in which young people are not interested in becoming researchers was also a major problem. To this end, in order to improve the situation of younger researchers the professor established the Tasuku Honjo Yuh-shi Fund (Commemorating the Nobel Prize in Physiology or Medicine)  at Kyoto University in December 2018. The goal of the fund is 100 billion yen, in the hopes approximately 4 billion yen could be used annually just from interest. Currently, 370 million yen has been collected. Although Japan’s status when it comes to science and technology is said to have gradually declined over the past 20 years, the professor concluded, “I don’t believe the capabilities of the people have declined. There are capable people out there. It is necessary to create an environment that inspires those people.”

■ “The viewpoint of innovation vital to science and technology policies”  Takahiro Ueyama, Full-time Member of the Council for Science, Technology and Innovation

Warning, “If no action is taken, within five years the foundation of academic research in Japan will have been lost to an unrecoverable degree,” Ueyama proposed that Japan should increase national investment in academic research, joint research between universities and companies, and donations from the public, while building a unique method for investing in science and technology.

Furthermore, Ueyama noted that China is investing massive amounts in cutting-edge fields, leading to a rapid increase in the number of papers released in fields where basic research and innovation are closely linked, such as artificial intelligence (AI), robotics, bioinformatics, and next-generation semi-conductors. The number of papers released in China regarding AI and image processing had already surpassed the US in 2008.

Ueyama stated that Japan should keep an eye on the transformations brought about by the digital revolution, and consider how to contribute to the formation of the new world order which will come about in the future, communicating its national strategy through unique science, technology and innovation policies. To carry out these contributions, Ueyama told the next generation of Japan to show the spirit by using the concept of Society 5.0 in the 5th Science and Technology Basic Plan along with the technology Japan is best at, such as AI, IOT, and big data, to play a central role in the new world order and the new Pacific economic zone.

First is a field in which Japan has a major global share in both basic and applied research, spintronics. Spintronics is a field of research about using two properties of electrons, charge and spin, and Tohoku University in particular has many researchers in this field.  Next is the earth sciences, in which Japan accounts for approximately 40% of the core research papers, studying topics such as earthquakes and tsunami. By monitoring a sensitive observation network, earthquakes can be detected earlier, improving real-time predictions.  In the field of plant biotechnology, which has had successes such as halving brown rice’s concentration of cadmium, which can cause kidney damage, Japan has a share of approximately 80% of the core research papers.  The final field is biomaterials, materials such as artificial joints or veins which come in direct contact with the human body and so require high biocompatibility. With its tradition of monozukuri, Japan is leading the world in research in this field.

Professor Ohsumi lamented that in the past, there was more freedom and research was easier to carry out, but now due to scrabbling for research funds capable researchers are unable to reach their full potential, with cost performance being questioned over very short periods of time and everyone exhausted.  Noting that the reason for this is the decline in research subsidies provided by the government, leading to universities becoming poorer, and all the funding becoming competitive funds, making it necessary to rely on acquiring funds from external sources. Ohsumi warned, “Few people are wanting to polish their skills and challenge this situation, so the number of students entering doctoral programs has drastically declined…. It is important to take a scientific perspective of ‘how many doctors are necessary to support Japan’s future.’”  Ohsumi, who created a foundation to support basic research after being awarded the Nobel Prize, argued, “If energy is put into basic research, there will be a variety of ripple effects…. Researchers, businesses, and the government should take a long-term perspective, thinking about 10 or 100 years in the future instead of being useful right away.”

Numerous Japanese researchers have won Nobel Prizes over the last several years as a result of the research environment in the 1980s and 90s, and considering Japan’s science and technology policies since then, there is little hope for more winners in the future. Presenting this argument that many researchers have made, this special feature included warnings and harsh advice from Nobel laureates including Takaaki Kajita, Yoshinori Ohsumi, and Leo Esaki.