Will Japanese Companies Be Able to Survive in the Century of Data? 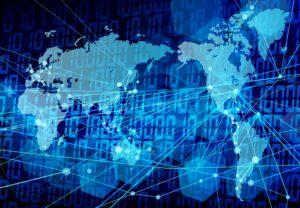 In their August issues, Japan’s major monthly magazines discussed various topics surrounding data, such as whether it would be better to encourage competition by regulating the world’s IT companies which are continuing to grow ever larger with the massive amounts of data they control, or whether their monopolies should be recognized and taken advantage of. They also discussed whether Japanese companies would be able to survive in this new age of the data economy.

Chuokoron started with an article of a conversation between journalist and media activist Daisuke Tsuda and Keio University professor Tatsuhiko Yamamoto titled “Resist the Platform Empire with humanities knowledge,” in which the two discussed the pros and cons of regulating continually growing IT companies.

Yamamoto explained that for data protection regulation of the major platforms represented by GAFA (Google, Apple, Facebook, and Amazon), the EU’s GDPR in 2018 was based on a data policy in Europe that revolved around a concept of “dignity,” in which individuals have the right to determine how their personal information is handled. However, he noted that Japan has no constitutional culture of respect or freedom to form the basis for its data policy.

Using the example of how, as part of the regulations for platforms being prepared by the EU, the basis for search engine rankings will need to be displayed, Yamamoto explained that even though the information provided by platforms is not actually neutral, but is influenced by ideologies, and we are receiving information from this artificial “world,” most people are still unaware of its artificial and manipulated nature. Along with Tsuda, he mentioned that although the suggested products on Amazon and Yahoo Shopping are not simple suggestions, but are influenced by their suppliers, if people are told that the suggestions were made by an AI algorithm, then they believe that it is objective information, and so the two warned that public opinion could be manipulated with algorithms and AI.

Yamamoto also commented that the USA “has a constitutional culture that emphasizes liberty from the government,” and Tsuda agreed that was related to the high level of freedom American platform companies enjoy.

Commenting on China’s strengths, Tsuda mentioned, “Both the government and private companies can gather the data necessary to maximize the effectiveness of a network through aggressive methods that would be unthinkable in Western developed countries,” and suggested that since Chinese citizens were accepting the rapid digital shift, technology such as AI and voice recognition was continuing to develop rapidly. Yamamoto stated that the sharing and consolidation of data was similar to the communist concept of sharing wealth, and so the people of China were ideologically disposed to accepting it.

Considering the above, Tsuda raised the issue that currently, there was no telling which of the three directions Japan would head in: a libertarian, market-principle society like the USA; a society like China where data is used as much as possible to manage and improve the efficiency of society; or a society like the EU, where there is more emphasis on the individual right to self-determination. In contrast, Yamamoto suggested that the ideal for Japan may be a type of pragmatism seeking a balance between those directions, but there was no telling whether that would work.

Furthermore, regarding the relationship between platforms and states, Yamamoto argued that it would be necessary to consider “whether to allow the major platforms to continue exist as they are now as social infrastructure and authoritative entities and impose special regulations on them, or whether to treat them as just another private company, and encourage competition among a variety of platforms.” Commenting that “As data is now ‘power,’ whoever obtains more data will become the authority. A free flow of data will lead to a distribution of power, and ensure freedom,” Yamamoto concludes that it is important for nations to have a policy encouraging competition, but suggested the problem was to what extent states should intervene.

■ Chuokoron, August, Can Japanese Companies Survive in the Age of the Data Economy?

Next, Chuokoron had a special feature titled “Can Japanese Companies Survive in the Age of the Data Economy,” including interviews with experts by economic journalist Yoshihito Kishi.

In an interview with Denso technical adviser Takuya Oikawa titled “Japan’s weaknesses and potential from the viewpoint of someone who competed globally in software development,” Oikawa argued that if Japanese companies made the effort to change how they utilize data and carry out structural reforms, they would be able to compete with GAFA.

Oikawa noted that with the massive changes to the environment surrounding the automobile industry, “The main factor behind the changes is the industry shifting to a service model, and there is a need for technology to use data as effectively as possible and for knowhow to commercialize it.” Stating, “GAFA have a lot of data, but nothing can be made with data alone. To take advantage of data in the real world, manufacturing industry knowhow and understanding of the culture of the sales area are necessary,” he emphasized the unique competitiveness of Japanese companies when it came to craftsmanship.

However, Japanese companies normally do not have any in-house engineers to handle development, and rely entirely on outside vendors. Oikawa suggested that the top priority was to abandon this structure and rebuild into organizations that can rapidly prototype products, reviewing the design while considering the reactions of users. In order to do so, investments should be made in people, and in order to find personnel of the same quality as GAFA, improvements must be made to the hiring process, evaluations, organizational design and capacity building.

Summarizing the interviews he carried out, Kishi stated that the inexorable wave of digitalization was coming to the manufacturing industry, which had been one of Japan’s strengths, and argued that fully automated driving, which is expected to be a reality around 2025, will be an extremely important test case for the future of Japanese manufacturing. He warned that although the technology is still under development and so a victor had yet to be determined, GAFA are clearly in the lead, and if some kind of restrictions were not put in place on the automated driving data they hold, then most Japanese companies would have no choice but to work as subcontractors for GAFA.

Keio University professor Tatsuhiko Yamamoto, an expert in personal data protection, stated that “While Japanese manufacturers will face difficult competition in an age where data is a resource, I believe that the deciding factor will be whether Japan can use the data of ‘craftsmanship’ that it has accumulated as a weapon to fight against the data of ‘places,’ such as maps and driving routes, that Google and the others have collected. In other words, the question is how much negotiating power there is in Japan’s craftsmanship data to draw out concessions from the other side.”

■ Voice, August, Now Is Not the Time To Be Scared of GAFA

Kazuhiko Toyama, CEO of Industrial Growth Platform Inc., stated that the manufacturing industry, the face of Japan’s global industries, has had a history of defeat in the latter half of the Heisei period (1989–2019). He argued that this was due to the gradual reforms and improvements, with which  Japanese companies are known for, being unable to respond to the wave of discontinuous, revolutionary changes brought about by globalization and digital transformation, and declared, “We must recognize that the effectiveness of Japan’s employment policies of hiring new graduates, lifelong employment, and seniority, which were considered strengths of Japanese companies, has been completely lost.”

Toyama stated that it is important to focus on replacing personnel and assigning people to positions based on their strengths, as well as identifying your company’s comparative and competitive advantages in the industry it is a part of, and instead of being afraid of the onslaught of GAFA, “I would like to see companies have the guts to instead use GAFA as platforms.”

In local industries, which account for approximately 70% of Japan’s GDP and 80% of employment, disruptive innovation has difficulty occurring, and Toyama noted that they can benefit from the pattern Japanese companies are used to of slowly improving to meet new realities. Instead of trying to win the Olympics, companies should try to win the local championships. However, he notes that local industries also need to increase productivity and raise employee wages.

In this article, Tokyo University of Science professor Hiroshi Miyanaga noted that there were currently 34,394 companies in Japan which were founded over one hundred years ago, and stated that they held hints to how to survive the rough waters of globalization and digitalization. As internal factors for why Japan has so many venerable companies, he listed: 1) Management philosophy and family rules, 2) The quality of business operators (adopted sons), 3) Tradition and innovation, and 4) Pivoting. Long-running companies have unique techniques and ideas in addition to philosophies, and companies that are able to update those as time goes on will last.

As examples, Miyanaga mentioned the herbal medicine company Tsumura (founded 126 years ago); Konoike Transport, which started with logistics and then expanded to related businesses (founded 139 years ago); and Seiren Co., Ltd., which started as a textile company and expanded to a diverse strategy including car seats. He also listed some newer companies with the potential to last over a hundred years.

Miyanaga noted, “Japan’s older companies hold many hints towards how to develop and grow a company, including not only for marketing but also business models and management in general. Mitsukoshi, which shifted from selling on credit to cash sales during the early Edo period (1603–1868), when selling on credit was standard, is a famous example. However, recently there has been a trend to promote Western-style (short-term focused) management. Isn’t continuing business over the long term and benefitting not only shareholders, but also customers and employees, an important responsibility of companies?” He argued that the time had come to reconsider the value of the knowledge cultivated by Japan’s 100-year companies, instead of focusing on Western management practices.