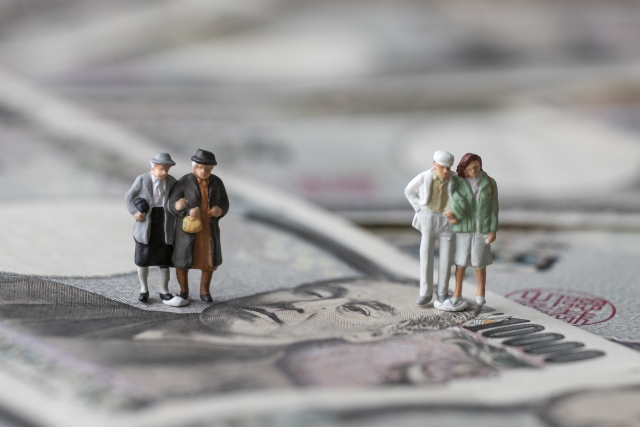 There has been a lot of noise made about a report by a panel of experts for the Financial Services Agency suggesting that 20 million yen in savings would be necessary after retirement in addition to the public pension. Not only is it important to manage your assets in preparation for a longer life, many seniors also want to continue working after retirement age as a way to find meaning in their life. There may be many opportunities for unpaid volunteer activities. The problem is how to find a workplace where you can receive appropriate compensation for work that you actually want to do.

In an article titled “An employment system reform to utilize seniors,” Keiichiro Hamaguchi, Research Director General of the Japan Institute for Labour Policy and Training, noted that the Japanese employment system is founded on age, with people being moved from regular employment to “non-regular” employment once they reach retirement age. The individual difference among workers continues to expand past the age of 65. Stating that “There are still some people who are perfectly able to handle a full workload, and the need to build a system which responds to different individuals will continue to grow,” he suggested that it might be necessary to shift to job-style HR management which determines work duties and wages based on the capacity of the individual, as is used in the West and other Asian countries.

However, it would be difficult to create a system where people are paid according to their individual work duties once they are over 60, and Hamaguchi stated, “At the least, the wage system for middle-aged and older workers will have to shift over the mid- to long-term from an age-based remuneration system to one where individual workers are paid considering their work duties.” To do so, it is also vital to create a labor market where people can change companies according to their job, but this cannot be done quickly. Hamaguchi suggested that a system that could be valuable in the meantime is the laborer dispatch system. He has proposed that discussions be held between the government, worker associations, and staffing companies to determine what type of personnel placement would be most appropriate for the employment needs of seniors.

In an article titled “Will it change seniors’ working environment?”, the University of Tokyo professor Michitaka Hirose proposed a “mosaic employment model” using IT to help seniors find work meeting their requirements. This model would divide labor into factors such as convenient times, skills, and location, create a mosaic of these factors, and then rebuild this mosaic to meet employers’ needs. By properly combining the different mosaics of the times, skills, and locations of multiple different seniors on the network, they can be made into one virtual labor identity. Hirose argued that using computer technology and AI to partially automate the process of matching jobseekers to employment will broaden the range of choices available to seniors after retirement.

He suggested this could eventually change the employment system itself, not just for seniors: “For example, instead of extending retirement age, new working styles could become possible such as retiring at around 50 and entering a new field. You could start by working full time to build a solid foundation for your life, then retire early and do work you enjoy or that benefits society, then once you begin to lose energy slowly fade out while working part time.” Hirose gave his opinion that if this kind of employment model was created, it could change the way people in Japan plan their lives.

In an article titled “Working styles, money, and human relationships to make life after retirement shine,” economic analyst Kazuyo Katsuma, speaking with Kobe Shoin Women’s University professor Arata Kusunoki, proposed that people prepare for retirement by independently taking 20% from their earnings and putting it into savings or investments, in order to use it to start a business or as a buffer against unexpected expenditures. She suggested that before reaching retirement age, people, especially men, should find a place they belong outside of the company, where they can enjoy time spent with people with no business involved, for example, volunteering, joining the PTA, or taking classes at graduate school. She stated it is important to interact with a variety of people, particularly young people, and in order to be able to live independently, she suggested learning to cook, for men especially. She stressed, “It is difficult for people to suddenly change after having spent 40 years without any self-direction. It is important to make preparations little by little while working at a company.”

In an article titled “Use the strengths of Japanese-style long-term employment,” University of California, Berkeley professor Steven K. Vogel noted, “Many of Japan’s seniors are healthy, and do not seem to have any problem with working,” and suggested that to expand the labor force, in addition to utilizing women and immigrants, the retirement age should also be increased and employment of seniors encouraged. He also commented that the government should develop social security and welfare policies to support the continued employment of seniors.

Although eliminating mandatory retirement ages except for certain professions such as pilots, as is the case in the US, is an option, in the American labor model the company does not invest in training for the worker. Instead, the worker improves individually, and the company pays a wage to match that individual’s market worth. Vogel advised Japanese companies to take advantage of the benefits of their long-term employment system that enables major investments into workers, instead of copying the American model.

In an interview with the Nikkei, the Japan Research Institute’s chairperson Yuri Okina proposed, “Make an environment in which people can work until the age of 70.” Stating, “If people can work until the age of 70, it will lead to increased income. It has been shown that the ratio of public pension payments to average income will drop below 50% in the future. People are slowly realizing that they will not be able to support the same lifestyle they had while working with their pension alone,” she called for the government to create an environment where people who want to can work in their senior years as we enter an age of 100-year lives, in order to assuage the financial concerns the people of Japan have for late in life. She also gave advice for preparations people could carry out themselves: “The majority of people do not think about how to manage their money until they receive their retirement bonus, but that is too late. You should start thinking about the cash flow for your life when you are still young, and learn about and use savings, investments, and personal pension plans. It is also important to pay attention to your health so you can work for a long time.”