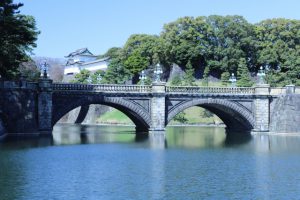 The Reiwa era has now begun. Various discussions were carried out in major monthly magazines (May 2019) on how the new emperor will play his role as a symbol.

In a roundtable discussion titled “Thinking about the future of the emperor as a symbol” in Chuokoron, Professor Takeshi Hara of the Open University of Japan stated that in the August 8, 2016 message by Emperor Akihito about his role as a symbol, the emperor indicated his desire that the Heisei style of focusing on official visits and ritual ceremonies be continued in the future. According to Hara, “This significantly raised the bar. What being a symbol entails became much more difficult in the Heisei era than it was in the Showa era.” Associate Professor Hideya Kawanishi of Nagoya University commented, “The Showa emperor just had to be there, existing with dignity. But for the Heisei era, if the emperor did that, the Japanese public would have no interest in him, and so he took a more active role.” As a result, the amount of duties increased, making the workload progressively more severe, but he mentioned that this seemed like too much for the next emperor. However, Kawanishi noted that the Heisei style was very popular with the Japanese public, and so it seems questionable whether it would be possible to make radical changes. Topics that continue to be debated include reconsidering the removal of people from the imperial family in order to increase the number of people who can share the burden of official duties, the possibility of recognizing matrilineal succession, the degree of independence the emperor has as a symbol of the unity of the people, and the unity of the people including foreigners living in Japan.

In a Chuokoron article titled “Responding to criticisms of the advisory panel,” Visiting Professor Takashi Mikuriya of the University of Tokyo, commenting on the role of the emperor as a symbol, stated, “Researchers should have debated the topic more, and should continue to debate it going forward.” He pointed out that the current style was created over time through a process of trial and error by Emperor Akihito, and that Emperor Naruhito would require time as well. Mikuriya also predicted, “As a result of this process, the state of the emperor has become more fluid and dynamic, so the debate about matrilineal succession and female emperors will be reignited.”

In an interview titled “Together with the pain and sadness of the people” in Chuokoron, Shingo Haketa, former Grand Steward of the Imperial Household Agency, gave his opinion that “The system of the emperor as a symbol is based on the trust, understanding, and respect of the people… Emperor Akihito joined with the public, shared their pain and joy, and experienced it as his own, putting his all into everything he did. Seeing this led to trust growing among the people.” Haketa commented that “Emperor Naruhito will likely also try to determine how the emperor should act as a symbol, approaching it as if treading new ground,” indicating that the nature of the emperor as a symbol will be a constant consideration. He also gave his opinion that “The nature of the emperor as a symbol should be debated more comprehensively, including as part of the constitutional debate.”

In addition to testimonials on Emperor Akihito and Empress Michiko by 123 people, Bungeishunju ran an article titled “What should be continued on from the Heisei era in the Reiwa era,” containing a conversation between former Grand Chamberlain of Japan Makoto Watanabe and former Grand Steward of the Imperial Household Agency Shingo Haketa. While arguing, “The method taken by Emperor Akihito will likely remain unchanged as an overall framework,” Haketa commented, “The new era will have its own demands, and Emperor Naruhito will have to determine himself what role he should play as a symbol.” Watanabe responded, “I believe if you asked Emperor Akihito, he would say that he would like the next generation to think about what they should do themselves. The world changes, and people change. And so, the emperor should probably change as well.”

In an article in Voice, Keio University Professor Morihide Katayama considered the relationship between the emperor and democracy, and the emperor and the people of Japan. He noted the paradox that exists in the system of the emperor as a symbol, stating, “The more the emperor strives to gain the trust of the people as a human, the more he loses his religious authority as the emperor… In order for the emperor as a symbol to gain the trust of the people, he must go out in public. However, this involves a risk in exposing him to the media. The post-Heisei imperial family will face a difficult balancing act.” Katayama then argued that it is important that Emperor Naruhito and Empress Masako show themselves as valuing traditional Japanese culture, and that so long as the emperor is going to present himself as sympathizing with and sharing the pain of the people of Japan, it is important for them to be a traditional entity protecting the unchanging traditions of Japan, which will be crucial when considering the post-Heisei imperial family.