Looking Back at the Heisei Era 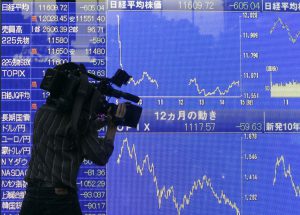 In an essay in Chuokoron titled “The character of politicians which degenerated with single-seat constituency system and two-party system reforms,” the University of Tokyo visiting professor Takashi Mikuriya summarized the political reforms of the Heisei era by saying that the single-seat constituency system introduced in 1996, and the two-party system which it led to, “unfortunately ended in failure.” He stated that there were two turning points: 1) Ichiro Ozawa, the leader of the Democratic Party of Japan, resigning as leader soon before the DPJ took power due to his secretary being arrested, and 2) The DPJ not reflecting on or reviewing its mistakes after they lost power.

Commenting on current Japanese politics, Mikuriya stated that since winning back power, the Liberal Democratic Party of Japan, having won successive national elections and with Prime Minister Shinzo Abe also having been elected as leader three times in a row, “had shifted to staying in power being its only goal,” questioning whether their political goal was just “winning elections.” Mikuriya critically declared that as a result of the “normalization” of the superiority of the ruling party, politics has become nothing but “routine work,” and the Diet, which should be a place to carry out debates, “is not acting, as if it was only an ornament.”

Further commenting that “There is nothing more terrifying than an administration with no rivals,” he warned that since Japan has been maintaining “political stability” that is lacking in dynamism, “There is no telling what will become of it in the future, which is frightening.” He mentioned that one of the reasons for the future being unclear is due to the lack of a successor to Abe, stating that recently the LDP has been lacking “a system to nurture the next leader.” With the Heisei era ending during this time when the future of Japanese politics is opaque, Mikuriya concluded, “I am quite disturbed by how an era is ending in this situation where party politics are in crisis.”

In an essay in Bungeishunju titled “The Japanese economy: The Heisei was an era of defeat,” Yoshimitsu Kobayashi, chairman of the Keizai Doyukai, writing about the shape Japan should take from 2020 until 2045, the 100th anniversary of the end of WWII, called for controlling government debts through fiscal reconstruction and creating new value from Japan during the era of “data hegemony.”

The essay was based on a proposal released by the Keizai Doyukai in December 2018, titled “Japan 2.0: Designing an optimized society—From objects to people and minds.” Kobayashi stated that the debt of Japan’s national and regional governments, around 1.1 quadrillion yen, has “reached a dangerous situation,” and pushed strongly for the consumption tax to be increased as planned, as well as arguing, “It will be necessary to continue increasing the consumption tax step by step.” In particular, commenting on the Japanese government’s goal of a six-hundred-trillion-yen GDP by 2020, he noted that by changing the method for calculating the GDP at the end of 2016, they had “falsely added” 31 trillion yen compared to the previous method. Kobayashi declared that while he had nothing against politics, “If data is not handled correctly, it is not possible to have a proper debate.”

He also stated that Japan was behind when it came to the new trend of “data hegemony,” and had lost out completely to China and Northern European businesses when it came to the 5G next-generation communications standard: “If Japan does not acquire the core technology from Europe, the U.S., and China, then industry and society will be unable to keep going.” In order to escape from this difficult situation, he proposed finding a new path aside from data hegemony, using Japan’s strengths in the “real” world, such as railways, public systems, industrial complexes, materials, and precision medicine, and combining Japan’s vast accumulated knowledge in these areas with the virtual world.