Japan and the New International Order in Asia 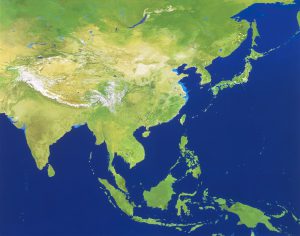 In an interview in Gaiko titled “The new international order in the Indo-Pacific and Japan-US-China relations,” Kenichiro Sasae, President of the Japan Institute of International Affairs and ex-Ambassador of Japan to the United States, argued that with the system of free trade becoming unstable as tensions between the US and China rise, Japan should return to basics and carry out resolute foreign policy. In particular, on the topic of a “Free and Open Indo-Pacific” (FOIP) initiative, he suggested that the idea is not particularly new, and defined “free and open” as “The basis of Japanese foreign policy, and the standing it should always return to.” Stating that the basics were democracy, the market economy, free trade, and the establishment of international standards such as the freedom of navigation and the rule of law, he stressed, “Insomuch that it reconfirms Japan’s position, the FOIP is extremely significant.” Sasae responded to concerns that the FOIP is an effort to surround China, and stated, “It is not an antithesis in response to China, and must not become one.”

Regarding concerns over the tensions between China and the US heating up, Sasae said that since the trade negotiations between the two countries are a “battle for domination of the high-tech industry” there will be “no avoiding them becoming drawn out.” However, he suggested that there is a level of trust between China and the US when it comes to opening markets, and even in the tech industry the two countries will not make it an all-out completion: “There is a possibility for a degree of differentiation and coexistence.” However, he noted that it is necessary for China to reform its “national mercantilism” represented by national initiatives such as Made in China 2025, and argued it is essential for Japan to “persistently deal with China.”

In response to the opinion that the Trump administration has deviated from the US’s previous policy, Sasae argued that even though the US has been retreating from a multilateral, liberal order when it comes to trade and environmental issues, “The principles of freedom, democracy, the market economy, human rights, and the rule of law are unshakable.” Regarding the US calling for its allies to increase defense spending, he said that “The US is no longer the world police” is a change in the role of the US that was clear from the time of the Obama administration, and stated that the call for sharing the burden of spending “does not mean that the US is going to withdraw from its commitment to its global allies.”

In his column in Bungeishunju, titled “New Global Geopolitics 91: Asia as a black ship,” journalist Yoichi Funabashi argued that just as the US’s “black ships” brought an end to over 200 years of Japanese isolation in the 19th century, black ships from the rest of Asia are approaching Japan now. Giving China, India, and Indonesia as examples, he stated that Japan is being leapfrogged in innovation in Asia, and warned that this is placing a lot of external pressure on Japan’s future, as “the black ship of Asia.” In particular, Funabashi mentioned mobile payments and bike sharing in China, noting that giant platform companies such as Baidu, Alibaba, and Tencent are “aiming for a game changer in all industries by getting a data monopoly.”

Funabashi also suggested that India’s C-CAMP, a biotech platform supporting over 500 companies in the biotechnology industry is essentially a “black ship,” and even though India’s GDP is half that of Japan’s, “The total amount of venture capital is ten times that of Japan.” He also stated that in Indonesia, Go-Jek, a company that grew out of a motorbike taxi hailing service, was becoming a “black ship” as it moved to become a “whole lifestyle” platform targeting the 600 million people living in ASEAN nations.

Looking back, Japanese companies first entered the rest of Asia looking for cheap labor, moved on to opening it as a massive market, and are now entering a stage in which they seek innovation. Funabashi described this as “the arrival of Asia as a black ship.” Funabashi argued that although the rest of Asia was a threat due to having leapfrogged Japan, “This is an opportunity to use that external pressure for innovation in Japanese economy, industry, and finance.” He stated that Japan should work together with other Asian countries to use Japan’s ample experience to “build a ‘global standard’ made in Asia.”