Breaking free of the stagnation of Heisei Japan 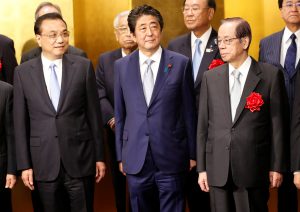 In an interview in Bungeishunju titled “Breaking free of the stagnation of Heisei Japan” with former Prime Minister Yasuo Fukuda, he looked back on the Heisei era, which essentially overlapped with his time in the Diet, and stated, “The current administration still seems uncertain about what direction it will take for both domestic and foreign policy.” As specific issues, he noted the delay in fiscal reconstruction, the policy to bring in foreign workers, and the overconcentration in Tokyo. Saying that the root of the problem is “Policy has not caught up to the structural changes that have occurred both in Japan and abroad over the 30 years of the Heisei era,” he argued, “The key to eliminating this stagnation does not lie within stopgap measures. It should be dealt with using a bold, long-term plan.” Fukuda then explained the importance of deciding what Japan should look like in 30 years when the population declines to one hundred million, or of establishing a goal for the future of nation building in Japan such as correcting the overconcentration in Tokyo, and having all citizens of Japan working towards that goal.

Commenting on the economic policy of the Abe administration (Abenomics), Fukuda stated, “The economy may have recovered slightly, but major sacrifices were involved,” and mentioned the country’s increased debt and the effects of the Bank of Japan’s “monetary easing policy of a different dimension,” best known for its negative interest rates. Arguing, “Corporate revenue and employment recovered, but the quality of living for Japanese citizens barely improved,” he noted that with public debt having reached 1100 trillion yen, “It does not seem like the government is trying to reduce the national debt.” Regarding the problem that “Even with the consumption tax being increased, the national debt is increasing too,” Fukuda also argued that a proper explanation should be made to the people.

The former prime minister also pointed out that with Japan having frequent natural disasters, the overconcentration in Tokyo is a major risk, especially during a time when the population of Japan is rapidly declining. He noted that the only developed country in which the population of its biggest metropolitan area continues to grow is Japan, and that a dispersal of the functions of the Tokyo area moving people, wealth, and capital functions outside of Tokyo was vital to reduce risks. Fukuda also stated his opinion regarding the immigration law reforms passed at the end of last year and the policy to bring in more foreign workers from this April. Arguing, “Bringing in more and more people from other countries just to deal with a labor shortage is very short-sighted,” he called for creating more employment opportunities for women and senior citizens, and for using AI and robots.

Regarding Abe’s foreign policy, Fukuda was mostly positive, but noted he hoped Abe would “proceed carefully with Japan-Russia and Japan-North Korean relations.” He also commented that he would like Abe to judge how China will grow and change in the future as it continues its economic development, and be in a position to provide advice to China. On that point, his analysis was that the prime minister visiting China for the first time in seven years had been a successful first step.

Discussing security, Fukuda stated that since the Japan Self-Defense Forces became able to use military force under the right to self-defense with the new security legislation which came into force in 2016 (Legislation for Peace and Security), “If the security concerns that postwar Japan faced have been solved to a certain degree with this new legislation,  then changing the constitution is unnecessary for the time being,” indicating his opinion that there was no need to rush for constitutional reform.