(1. The Japan-US Alliance, and Japan’s Position in Asia / 2. A German Perspective on Japan’s Historical Issues) 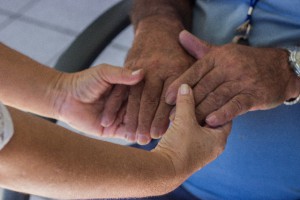 Japan is facing a number of problems, but chief among them are the issue of an aging society and the disparity between Tokyo and rural areas, caused by a hyperconcentration of population in Tokyo. It has been suggested that both these problems will come to a head in 10 years. Former Minister of Internal Affairs and Communications Hiroya Masuda, now a visiting professor at The University of Tokyo Graduate School, and the Japan Policy Council’s Study Group on Issues in the Tokyo Metropolitan Area published a paper titled “Recommendation: Strategy to Avoid Risks of Aging Population in Tokyo Area” in the July issue of Chuokoron. In this recommendation, they warned that “The population in the Tokyo area will age rapidly, and there is a corresponding risk of increasing severity of shortages in medical care, nursing care and housing.”

According to the recommendation, although the population in the Tokyo area has remained comparatively young so far, from 2020 onwards the ratio of seniors will surpass 26%, and by the 2050s will reach the same level as rural areas. With changes to the population composition, by 2025 the demand for hospitalization in the Tokyo area will increase by 20% and the demand for nursing care in the three prefectures surrounding Tokyo will increase by about 50%. This will result in a more severe shortage of medical and nursing care facilities in the metropolitan area, and it will be necessary to hire another 800,000 to 900,000 medical and nursing care personnel. This situation will lead to a drain of medical and nursing care personnel from rural areas to Tokyo, and make it even more difficult to maintain medical infrastructure in rural areas. According to the recommendation this would in turn cause an even greater influx into Tokyo from rural areas, and become a factor in the collapse of rural society.

To deal with these problems, the recommendation suggests using ICT and robots, making use of vacant houses, and diversifying human resources with reforms to the qualifications necessary for medical and nursing care personnel. It also suggests that seniors should be encouraged to move to rural areas, if they wish.

However, part of the reason for the hyperconcentration in Tokyo is due to Tokyo’s advantage over rural areas in economic, employment, cultural and quality of life aspects. Solving these root social discrepancies would likely be necessary to encourage seniors to move to rural areas. The recommendation has had an impact, with reports of doubts being expressed by the local governments mentioned as having sufficient medical and nursing care systems. 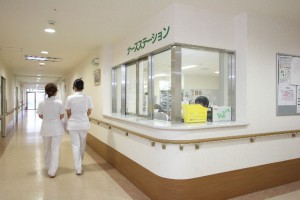 The issue of the coming aged society was also covered in the July issue of Bungeishunju, with journalist Mr. Ken Mori’s report titled “Warning of an ‘Elderly Nation’ in 2025.” Based on studies by the Institute of Gerontology (IOG) at the University of Tokyo, which carries out interdisciplinary research on aging societies, and on his own research, Mr. Mori points out that “There is a noticeable shift in the medical field from ‘treatment for curing to treatment for comfort.’ For illnesses essentially caused by aging, not everything can be treated. What is becoming a bigger issue is to provide care and treatment that won’t negatively impact the quality of life of a patient’s last years.” Considering this trend, he writes that the need for nurses will increase even further. “...Nurses will be standing by at drop-in nursing care stations and comprehensive service centers, providing advice on comfortable and entertaining ways to spend time even while ill, and other health support services. In other words, nurses will be present not only in hospitals, but throughout society. I believe that is the kind of role they will play in the future.”