Keeping the Spark of Culture Alight:

Art Projects in the Olympics and Paralympics Host City, Tokyo

In order to promote Tokyo to the world as a city of arts and culture on the occasion of the Olympics and Paralympics, Tokyo has been carrying out numerous cultural programs since 2016.

The Tokyo Tokyo FESTIVAL is an initiative to create a sense of cultural festiveness in Tokyo, the Olympics and Paralympics host city, and to demonstrate how Tokyo is a city of arts and culture. Events are being held in venues throughout Tokyo in a variety of genres including art, music, performing arts, traditional arts, dance, and performances.

This press tour will cover venues where Tokyo Tokyo FESTIVAL events are being held, as multiple iconic projects begin for the summer, and interview relevant officials and participating artists.

1. Overview of the Tokyo Tokyo FESTIVAL 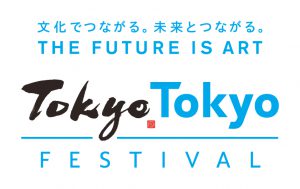 The Tokyo Tokyo FESTIVAL is an initiative to enliven Tokyo, the host city of the Olympics and Paralympics, through arts and culture. The key projects for this initiative are the Tokyo Tokyo FESTIVAL Special 13, sponsored by the Tokyo Metropolitan Government and Arts Council Tokyo (Tokyo Metropolitan Foundation for History and Culture). Thirteen projects were chosen from 2,436 applications from Japan and abroad, with an open application process allowing many people to participate, calling for innovative and unique projects. Pavilion Tokyo 2021 and Super Wall Art Tokyo, the two projects which this press tour will be covering, are also part of the Tokyo Tokyo FESTIVAL Special 13.

The tour will hear about the Tokyo Tokyo FESTIVAL from Tokyo Metropolitan Government officials.

Buildings and Installations in Nine Locations Throughout Tokyo, Centered on the new National Stadium

Pavilion Tokyo 2021 is a project showcasing to the world the beauty of Japanese culture that is not widely known. Six Japanese architects and two artists renowned around the world have each designed a one-of-a-kind pavilion envisioning futuristic architectural designs and art, in the area centered on the new National Stadium.

Each of the nine pavilions has been created by the participating architects and artists to express their wishes for the future of Tokyo, and are designed so that they could be visited during a stroll, or visitors can explore around the city with a map in hand like a treasure hunt. In the summer of 2021, with the world undergoing major changes due to the COVID-19 pandemic, the goal of this project is to have many people experience a “living Tokyo”, and create a new story for Tokyo.

This press tour will visit the three pavilions listed below, and speak with people involved about their concepts and other aspects of the project. At the pavilions Tea House “Go-an” and Tokyo Castle, there will be an opportunity to interview their creators (an architecture and an artist).

Tea House “Go-an” is a tea house of approximately 8 square meters built around 3 meters high, with a large opening giving a view of central Tokyo and the new National Stadium designed by architect Mr. Kengo Kuma. The foundation of Go-an is covered with grass, and yakisugi (charred cypress) is used for the exterior wall. The ceiling inside was coated in plaster, then small pieces of charcoal were inserted. This is a modern tea house combining tradition with a free style, while incorporating traditional Japanese materials for exteriors. This pavilion was built with the idea, “Let’s make a tea house for the Tokyo Olympics. Tea houses are a unique type of building in the world, so I would like many people to see one.”

The designer, Mr. Terunobu Fujimori, debuted as an architect with Jinchokan Moriya Historical Museum in 1991 after a career as a researcher in modern architectural history and urban history. He has created many buildings which use plenty of local, natural resources and integrate nature with man-made materials, including Tanpopo (Dandelion) House, his home and one of his well-known works. He has also written many works touching on tea house culture, such as Terunobu Fujimori ’s Tea House Studies: The Mystery of Japan’s Miniature Spaces (Rikuyosha), and as well as this Go-an tea house he has designed other unique tea houses including the Flying Mud Boat, Takasugi-an (Too High Tea House), and Hikusugi-an (Too Low Tea House). 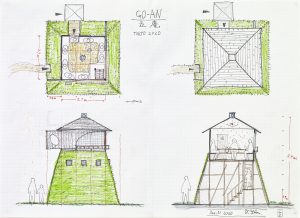 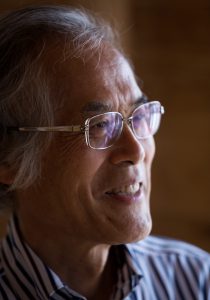 A castle of around 8 meters made out of cardboard, and another castle of around 4 meters made out of blue tarps. Tokyo Castle consists of this odd couple of castles. While holding the glamorous event that is the Olympic and Paralympic Games, over the past 25 years Japan has also faced major earthquakes, a nuclear accident, the Tokyo subway sarin attack, and an extended economic depression, as well as the current pandemic. Mr. Aida chose cardboard and blue tarps as materials for this pavilion to emphasize not permanence, but instead impermanence, unreliability, and worthlessness yet continuing to stand bravely despite those flaws. Mr. Aida commented, “I won’t know how it will work out until I do it. I’ll take my chances and make it. I would like to offer this piece up to the Japan—and Tokyo—of today.”

Tokyo Castle’s creator, Mr. Makoto Aida, is known for including unexpected contrasts and sharp criticism in his work, and is a contemporary artist popular among all ages. In addition to two-dimensional art, he has carried out artistic activities in a number of mediums including sculptures, installations, urban planning, performance art, videos, novels, and manga. His representative exhibitions include Bye Bye Kitty!!! Between Heaven and Hell in Contemporary Japanese Art (New York, 2011) and Monument for Nothing (Mori Art Museum, 2012). 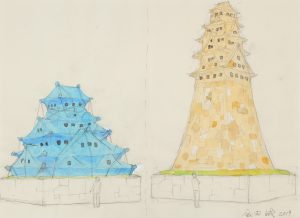 Kokage-gumo is a sunshade around only for summer 2021 in the beautiful old garden of kudan house, the former residence of Mankichi Yamaguchi, which was built in 1927. According to its designer, Mr. Junya Ishigami, this new sunshade was made to “seem like it started out old, despite being new,” and uses the traditional Japanese technique of yakisugi to make it more durable by turning the exterior of cypress boards into charcoal. 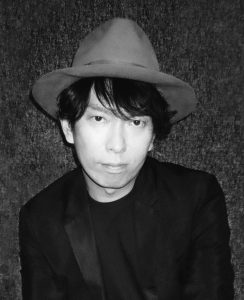 Becoming black due to being burnt, this new wooden structure blends in with its historical surroundings. This sunshade hides the high-rise buildings in the area which were not present when the building was originally made, and the sunlight coming in through the countless holes in the sunshade blend together with the sunlight coming through the leaves of the trees. Visitors can experience the old flow of time in this garden.

Mr. Ishigami, has won prizes including the Architectural Institute of Japan Prize for Architectural Design and the Golden Lion for Best Project at the 12th Venice Architecture Biennale, with his talent recognized not only in Japan but around the world. His representative works include the Kanagawa Institute of Technology KAIT Workshop, Serpentine Pavilion 2019, and the Water Garden in Art Biotop Nasu. In 2018, he held a large-scale exhibition, Junya Ishigami, Freeing Architecture, at the Fondation Cartier pour l'art contemporain in Paris. 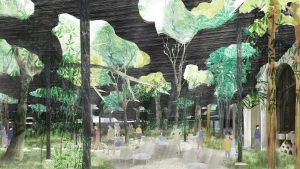 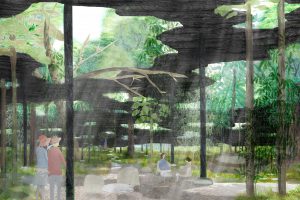 Marunouchi, Tokyo. The Largest Wall Art in the World, in the Center of the Metropolis of Tokyo

Super Wall Art Tokyo is a project using the glass walls of the Marunouchi Building and New Marunouchi Building, landmarks of the Marunouchi area of Tokyo, as canvases for two giant pieces of wall art around 150 meters tall and 35 meters across. This project was conceived with the aim of creating the world's largest public art installation in Tokyo in the summer of 2021, when it will be the focus of attention from people around Japan and the world. With a total area of over 7,000 square meters, this is a display of wall art with no equal in either Japan or the world. The artists creating this wall art are world-renowned artist Mr. Tadanori Yokoo, who was a member of the design team for the 1964 Tokyo Olympics who has been leading the Japanese art world for many years, and his daughter, Ms. Mimi Yokoo, who is also a well-known artist. The concept of this project, which will be the first large-scale collaboration between the two, is “Universe COSMO POWER.” To express how the swell of life in the universe is energy, the Marunouchi Building will havea mural with a total area of 3,371 ㎡ based on the theme of ignis (fire) by Ms. Mimi, and the New Marunouchi Building will have a mural with a total area of 4,381 ㎡ based on the theme of aqua (water) by Mr. Tadanori.  The exhibited works will be created by dividing up each of the artworks into over 100 sheets of approximately three ㎡ and 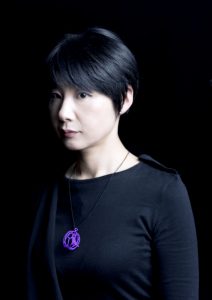 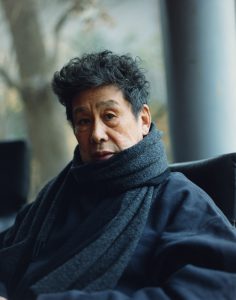 The tour will visit the Marunouchi and New Marunouchi Buildings to see the wall art. Mr. Naoya Hosokawa, Creative Director of this project will also speak about its concept and creation. 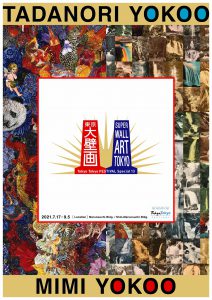 *The schedule is not yet finalized, and may change without notice.

*Participants will find and pay for their own lunch.

(Only one reporter or one photographer from each company, but two participants from each TV team will be acceptable.)

Please follow the directions of the staff, such as taking temperatures before the tour, wearing masks and face shields during the tour, washing hands, and using disinfectant. In the following cases, you will not be able to join the tour:

(1) If you have a fever of 37.5°C or over when your temperature is taken before the tour starts

(2) If, in the two weeks before the day of the tour, you had a fever, cough, sore throat or other cold symptoms, difficulties tasting or smelling, fatigue, shortness of breath, or other symptoms

(3) If, in the two weeks before the day of the tour, you came into close contact with someone who tested positive for COVID-19

(5) If, in the two weeks before the day of the tour, you have travelled to a country under travel restrictions or requiring an observation period after entering Japan, or have come into close contact with someone who has

(3) This tour is not a profit-making venture.

(4) The Tokyo Metropolitan Government and Arts Council Tokyo (Tokyo Metropolitan Foundation for History and Culture) and the FPCJ will not be liable for any inconvenience, trouble or accidents that might occur during the tour.