- Prime Minister pays attention! Promote the technology to the world by producing the bobsled -
- Challenge to the Sochi Olympic - 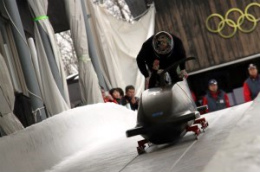 Ota Ward, Tokyo, is home to around 4000 factories and workshops, which underpin the manufacturing industry of Japan. It is said that such a cluster of small and medium-sized enterprises (SMEs) with cutting-edge technology and diversity is unparalleled in the world.

About 40 companies in Ota Ward have been cooperating to produce the first made-in-Japan bobsled. They are hoping that their bobsled will be used at the 2014 Sochi Winter Olympics in Russia. Ota Ward's manufacturers succeed in producing the bobsled in a consistent way, from making parts and processing materials to completion, by working and cooperating with SMEs in the Ward which have high expertise. 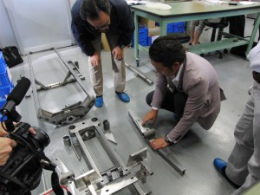 Bobsledding, so called “F1 on Ice” is a winter sport in which teams glide over iced tracks in a uniquely shaped and mechanized sled. Maximum speed can reach 140 km per hour, and it applies up to 1.7 t of the load in the curve for 2 seconds. Requiring a very advanced technology, the production of bobsleds is headed by BMW and Ferrari in Europe. In Japan, there is no domestic maker of the bobsled and that is why Ota Ward’s Industrial Promotion Organization in Tokyo came up with the idea of producing a national bobsled and showing the world the technological prowess of Tokyo’s Ota Ward. Many factories and workshops agreed to this proposal, and they launched a joint development project in cooperation with Tokyo University.
This bobsled made its debut in the national championships in December and it led its riders to the championship. They also performed well with it in the international convention held in the United States in March 2013. 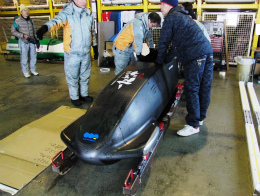 The true purpose of this project for the manufacturers is not only to produce a bobsled, but to enhance their technology by deepening the cooperation between SMEs which have different types of expertise, and  eventually advance into the field of medicine and aircraft. They also hope to receive orders from overseas by showing the world their technical strength using the example of the bobsled.

Prime Minister Shinzo Abe also pays marked attention to this project. He visited Ota Ward on February 27, 2013 and had a meeting with representatives of the project. The next day, February 28, Prime Minister Abe mentioned the “Shitamachi Bobsleigh Network Project” in his policy statement in the Diet, saying “I am quite sure that Japan is still able to grow, as long as we have such people with a spirit aiming to be number one in the world”

◆On the press tour, we will visit Ota Ward to cover SME owners who play a central role in the project, and their factories with unique technologies. We will see the struggle of Japanese SMEs to survive among the global economy that is changing in such aspects as weaker yen, TPP, and Abenomics. 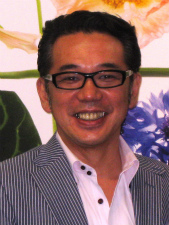 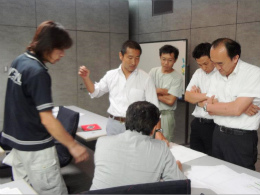 There are more than 4000 manufacturing factories in Ota Ward, and 80% of them are workshops in which fewer than 10 employees are working. While their scale is small, they have different types of expertise in such fields as metal processing.
The Ward traditionally has been developing a “bicycle network”, a cooperation network among the Ward’s factories in its history. Upon receiving an order which is difficult to be covered by one factory, from arrangements of the material and various processing steps to completion, they are able to produce it in cooperation with their peers in the neighborhood, where they can come and go on bicycles. “The Shitamachi Bobsleigh Project” was launched, further developing the concept of this cooperation. About 40 companies in the Ward gathered to produce the first made-in-Japan bobsled, leveraging their advanced metal processing technology and high-mix low-volume production. This Project is aimed at demonstrating Ota Ward’s technical strength and response capability.

While Ota Ward was once home to 9,190 factories in 1983 in its heyday, more than half have been disappeared, affected by the radically changing global economy, including the economic recession as well as shift of production overseas. Also, SMEs in Ota Ward had problems in publicizing their products for confidentiality reasons, with their big brand-name clients using different factories to produce part of the products.

The bobsled project was launched to overcome these problems. Japan has never produced bobsleds in the past. The production of bobsleds requires very advanced technology, and the maturity and performance of machines will be clearly demonstrated by numerical value as a specific time record in a contest. That put Ota Ward’s engineers’ soul on fire. “Challenge to Ferrari” is the catchword of the project. The engineers are hoping that their bobsled will be used at the 2014 Sochi Winter Olympics, and since this April, they have been working on a second production of the bobsled, an improved version.
✓On the tour, a public relations official of the Ota City Industrial Promotion Organization will brief on the outline of the project. We will then interview SME owners who play a central role in the project, to talk about their opinions on current economic conditions. 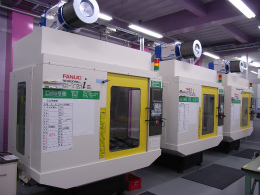 2. MATERIAL Co., Ltd. (President, Junichi Hosogai)
- Challenge to be a “life-saver factory” which solves technical problems from all over the world! -
http://www.material-web.net/
MATERIAL is a metal processing company run by Mr. Junichi Hosogai, President of the company, who leads the “Shitamachi Bobsleigh” Network Project. In this project, MATERIAL is in charge of developing a detailed part drawing of the bobsled.

Mr. Hosogai (47) was born and grew up in Ota Ward and he established the company when he was 26 years old. About 30 employees of the company deal with a range of work from sales of metal materials centering on aluminum to their processing, mainly of cutting. One of the strengths of the company is the reliability of its products.

MATERIAL has a good traceability system, knowing when and where the materials which will be used for the processing were manufactured, and whether there is any distortion of the materials even when it is invisible to the naked eye. In this way, the company has advanced into the defense industry, which requires a high quality level of the products. Today, they intend to shift the focus of their business to other high value-added sectors such as aircraft and medicine.

MATERIAL allows other factories in Ota Ward to use its expensive three-dimensional measuring instrument. Cooperating with small factories which have different areas of expertise and working together for the entire community, Mr. Hosogai hopes to bring a special role to Ota Ward. “I want to make Ota Ward a life-saver production area which solves technical problems all over the world” Mr. Hosogai says.
✓The tour will visit MATERIAL and see a production line of the factory which is actively challenging the global market. 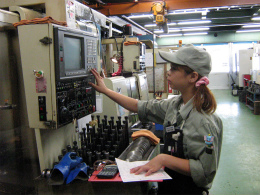 http://www.nambu-cyl.co.jp/eng/index_e.htm
Nambu Co., Ltd., one of the companies which participate in the parts manufacturing for “Shitamachi Bobsleigh” is a small company which has a top share of the “cylinders for the mold industry” which are used in the casting of car engines. Their products have been introduced to almost all domestic automobile manufacturers. Nambu has also a 70% share of the “rotary joints for the steel and heavy industries” in Asia and the United States.

The company operates its business worldwide, including factories in North America, Thailand, and China with 112 employees. Nambu has been employing women actively in the manufacturing scene from about 15 years ago. There used to be 6 women at the maximum, and two women are currently working at the company.

Ms. Megumi Hasegawa is an example of these skilled workers. She has been working at the company for 14 years, and as a veteran, she is in charge of the grooming and training of juniors.
Ms. Hasegawa conducts the milling, (hole-drilling and cutting) using the “machining center” on the products which are processed on the lathe. The machine is normally run by computer program, but she coordinates the machine, immersing herself in her senses, even sounds and fingertips, when precision is required. Having a mature technique, “No processing is impossible when I look at the drawings”, Ms. Hasegawa has become a big force in the company. She married a man in the same department, and she returned to work after having a baby.
Ms. Norika Maki is another technician receiving training from Ms. Hasegawa. Ms. Maki graduated from a high school in Ota Ward, and decided to work at Nambu through her interest in manufacturing. These skilled women, who play an important role in underpinning the company’s technology, are dubbed “Drill Girls”, and they contribute also to the improvement of the company's image.

Mr. Kazushi Nomura (74), previous president and current executive chairman, began employing women for manufacturing when he was president of the company. He worked at a UK-based trading company before taking over the company from his father who created the Nambu Co., ltd, and he achieved the further growth of the company. (Mr. Nomura’s son, Takahide, runs the company as a third generation at the present day.) Nambu aims at "Workplace without 3K". (3K in Japanese=dangerous, dirty, difficult) Thank to the efforts to make a comfortable workplace, employees, regardless of gender, are working with motivation at Nambu.
✓The tour will visit the Nambu Co., Ltd. and interview Executive Chairman Nomura and its skilled women workers. We also see them at work in a pleasant environment for the employees. 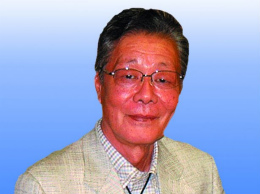 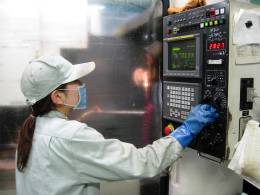 *FPCJ plans, conducts and hosts this tour. While the participants need to bear part of the expenses, the tour is not profit-oriented business.