Ten journalists from China, South Korea, Taiwan, Germany, and the United States joined the press tour to the Kashiwa-no-ha Campus area in Kashiwa City, Chiba Pref., covering efforts to become a global center of the development of plant factories. The tour started with a briefing by Mr. Hiroya Mimaki, Vice President of Kashiwa-no-ha Urban Design Center (UDCK), a core facility of the area’s city planning, on their work to become a model in resolving global issues such as “life in harmony with nature,” ”health and longevity,” and “creation of new industry.” 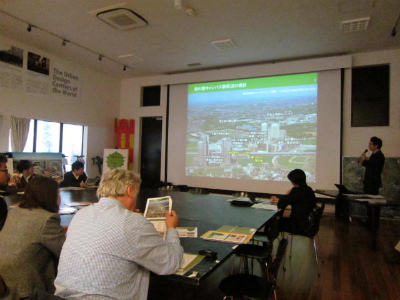 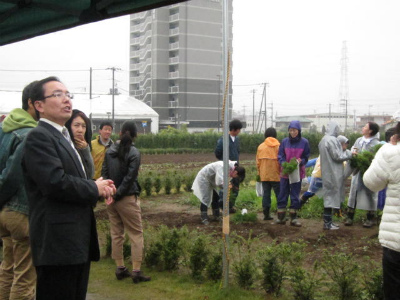 Opened in June last year, this is the largest of six model house type plant factories in Japan, and is aiming to become a global center in developing plant factories. Dr. Toru Maruo, Associate Professor of Chiba University, a leader of this project, showed them two types of plant factory, using sunlight and artificial light. At the solar type plant factory, the journalists also covered a tomato-carrying work assistant robot moving with a worker and conveying a container. At the artificial light type factory, which will be introduced in the area affected by the Great East Japan Earthquake, participants showed a strong interest in hearing that the same system established at the Showa Station in Antarctica is producing fresh vegetables. 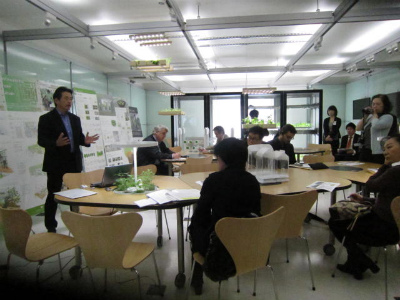 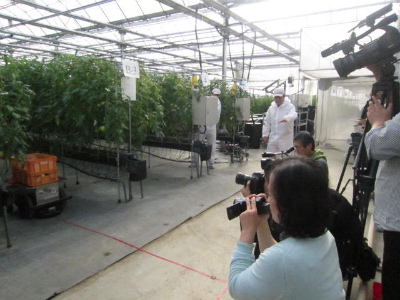 Plant Factory for the Home

The tour participants also covered a “world’s first” network-type home use plant factory, which was experimentally introduced in a monitor family in September this year. Using red and white LED light, its compactness and simple exterior is well-received and Ms. Kiyomi Ogawa, a monitor family member, said, “I like it as an interior, and everything is just great since I can enjoy growing and tasting fresh vegetables.” 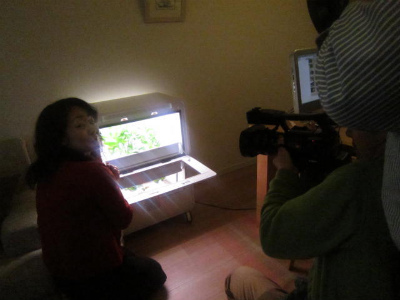 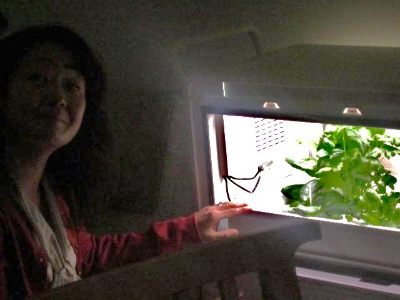 Based on this press tour, Korean TV stations MBC and KBS reported on the day after the tour (Nov. 13) from Chiba on the cutting edge research of the plant factory.
Those reports are available at the following websites:

News Today Morning （MBC）
“What does future agriculture look like? Plant factory where a robot is working”
http://imnews.imbc.com/replay/nwtoday/article/3180318_5782.html

Pictures taken by a photographer of Bloomberg News can be found on the following website:
http://www.gettyimages.co.uk/Search/Search.aspx?EventId=156433139&EditorialProduct=News#1