Report: Press Tour: Technology and Imagination for Living Together with COVID-19

Based on the topic of cutting-edge technology supporting people’s lives during the "with corona" era, this tour covered some initiatives in Tokyo which are hoped to contribute to people living healthy, happy lives during the COVID-19 pandemic. A total of seven journalists participated in this tour, from media organizations in France, Germany, Russia, South Korea, and Vietnam.

*This press tour was organized by Foreign Press Center Japan.

*For further details on the tour, see the tour notice here.

The tour visited Tokyo Healthcare University, located near Kamimachi Station on the Tokyu Setagaya Line, which looks like a tram, to learn about RehaVR, a rehabilitation system for seniors using virtual reality technology.

RehaVR involves putting on a VR headset and pedaling a small fitness bicycle, which causes the VR video to move to match the speed of the pedaling, making it possible for the users to feel like they are taking a walk outside and to enjoy their rehabilitation process. This system is currently in use at 12 facilities throughout Japan, including hospitals and nursing homes.

The journalists put on VR headsets and experienced this futuristic rehabilitation method for themselves, and asked questions about the potential roles of VR rehabilitation in this age of “with corona” when it is not possible to go outside freely, and also its effectiveness in preventing dementia. RehaVR was jointly developed by Professor IMAIZUMI Kazuya of Tokyo Healthcare University and Silvereye Inc. The president of Silvereye, Mr. KUMITA Hiroshi, explained, “Our main goal now is to incorporate fun into rehabilitation in order to increase users’ motivation, but moving forward we would like to study what effects it has on stimulating the brain and restoring impaired motor function.” 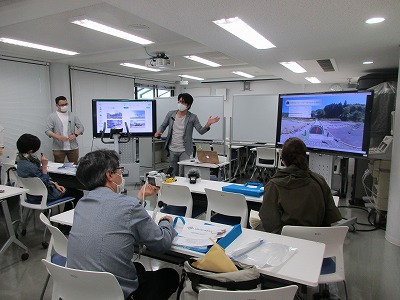 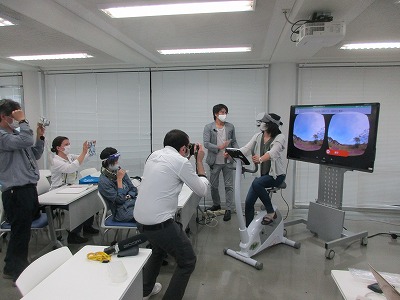 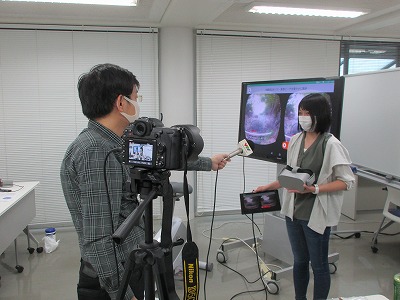 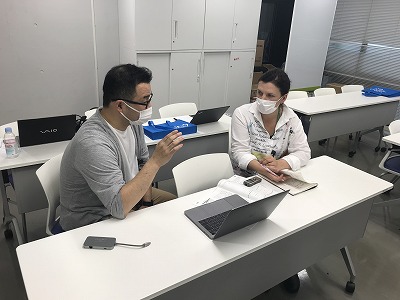 Lovot is a robot designed by Groove X,. Inc. to be “like part of the family,” and its sales increased by six times compared to before Japan’s state of emergency declaration was made, as it was called “a savior for staying at home.”

Mr. HAYASHI Kaname, the head of Groove X and creator of Lovot, explained the development concept of Lovot (robots that grow close to people and fill them with emotion), the advanced technology used to make the robots lifelike, and what role Lovots could play in an age when people have to face solitude.

The journalists asked a number of questions, about what kind of people buy Lovots, how the COVID-19 pandemic affected sales, the differences in their capabilities compared to pets such as cats or dogs, and their effects on children’s emotional development. The journalists also had an opportunity to experience for themselves how the robots would grow fond of people who showed affection to them and emit cute voices when pleased, hugging Lovots and calling them by their names, while filming and taking photographs of the experience. 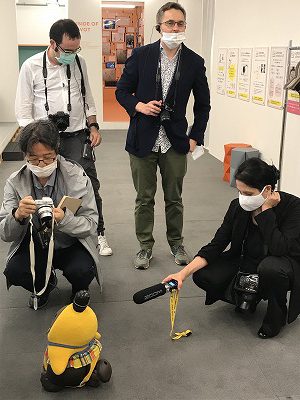 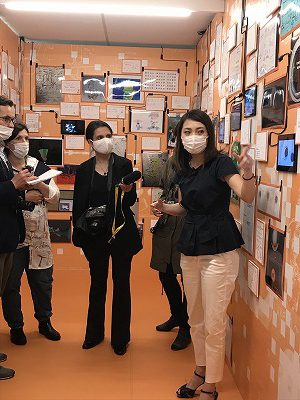 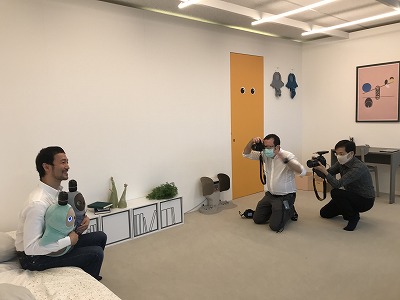 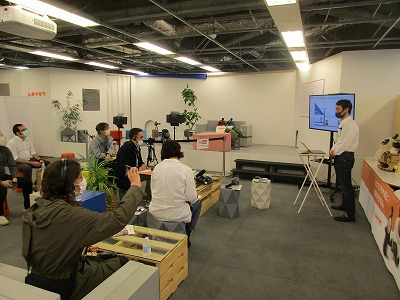