On October 10, the FPCJ held a press tour based around the theme of “Moving beyond being ‘a city at risk of vanishing’—Toshima’s challenge.” A total of 13 journalists participated in the tour, from France, Germany, India, Indonesia, Macau, Singapore, South Korea, the UK, and Vietnam.

*This press tour was sponsored by Toshima City, and planned and operated by the FPCJ.

The tour began with an explanation at the Toshima City Office about how Toshima was listed as a city at risk of disappearing, the policies the city implemented in response, and the stops on the tour that day.

In the second half of the tour, the journalists interviewed Toshima Mayor Yukio Takano. He spoke about how the shock of Toshima being listed as a city at risk of disappearing in 2014 was used as the impetus to make it an easier place for women and children to live, and how development efforts using culture were underway in order to attract people from around Japan and the world. The journalists asked questions such as what issues were encountered when trying to make Toshima an easier place for women to live, what future goals there were, and the financial situation of the city. 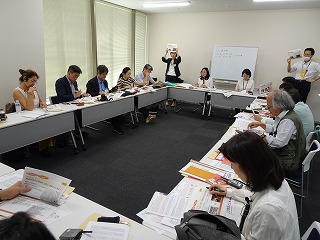 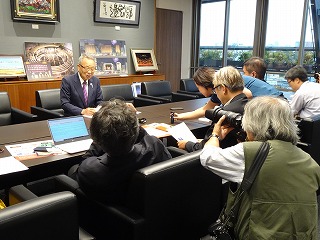 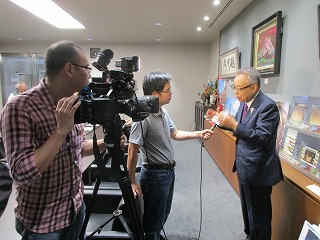 The tour visited a daycare which was opened in the municipal office building as part of an effort to eliminate the waiting list for daycares, and after hearing an explanation of the daycare, walked with the children to Minami-Ikebukuro Park, which the daycare uses as a yard. The journalists asked the head of the daycare and a staff member of Toshima City’s Daycare Division about the city’s support for opening new daycares, and measures to deal with the shortage of daycare workers. They also took pictures and filmed the children as they played in the park, located between tall buildings. The journalist from a Vietnamese TV station interviewed a family playing in the park, and asked them about what finding a daycare in Toshima is like. 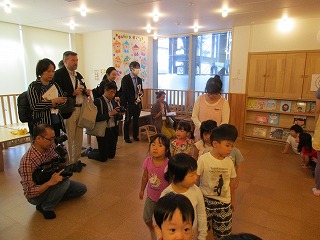 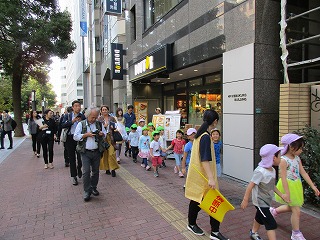 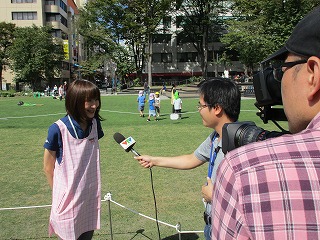 As part of Toshima City’s efforts to make a town easier for women to live in, the city has been working on improving its parks. The tour visited Minami-Ikebukuro Park, which had been known as a place where homeless people gathered, and saw how it had changed to be a gathering place for people young and old, including young women and families. A city staff member gave information about the efforts. The journalists also interviewed two women with children living in Toshima, asking a number of questions on how the residents feel about the Toshima City’s efforts to make the town easier for women to live in. 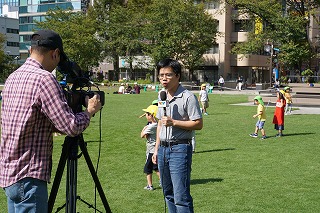 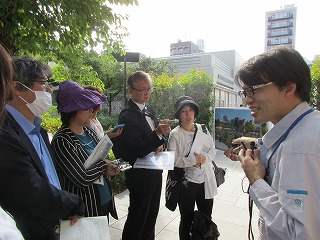 The tour rode on the Ikebus, an electric bus which will begin service in the Ikebukuro area in November 2019, and heard about the features and route of the bright red bus, which will become a new symbol of Ikebukuro. 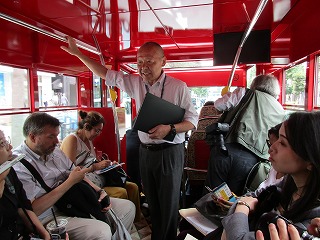 We Road is an underground passage linking the west and east sides of Ikebukuro Station, but as it grew older women thought it was dark and scary, and avoided using it. Currently, it is undergoing renovations to make it into a space that women and everyone else will feel comfortable using, by painting murals on the walls and ceilings. The journalists visited Ms. Shiho Ueda, the artist painting these brightly colored murals, and spoke with her about the project. 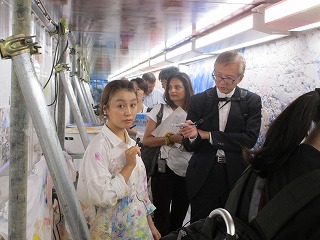 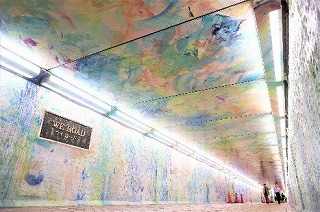 As part of the efforts to make Toshima City a more comfortable place for women to live, the Toshima Public Toilet Project is underway, renovating public washrooms in parks and other places from a woman’s perspective. The tour visited a finished Art Toilet in Minami-Nagasaki Park, and heard from a city staff about the project. Mr. Yasumichi Inoue, the illustrator that did the mural on that Art Toilet, also spoke with the tour, and commented, “I painted elements of daily life in Toshima. To make women and children feel comfortable using the washroom, I used bright colors for the design.” The journalists were very interested in how Toshima City had chosen public washrooms as an area to make the city an easier place for women to live, and asked the city staff about how that decision was made. 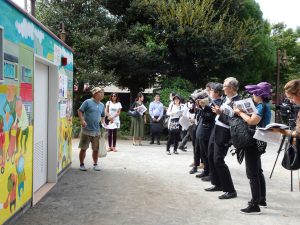 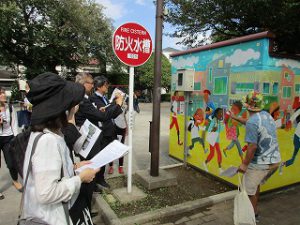 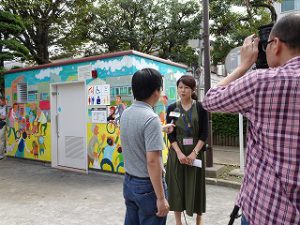 Sheena & Ippei is a café and guesthouse made using what had been a vacant building built 45 years earlier, after a “renovation school” held by Toshima City. The tour learned about how the guesthouse on the second floor had increased the number of people in the area interacting and brought vitality to the community, and how the community café and kitchen on the first floor was helping support interaction and startup businesses by women raising children. The journalists showed interest in the idea of reusing vacant buildings in order to create a sustainable community, and asked numerous questions about how much the renovations cost, how many people stayed at the guesthouse, and what their sales were. 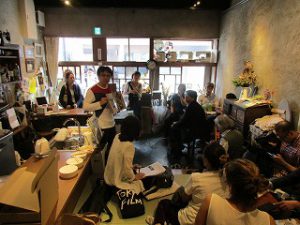 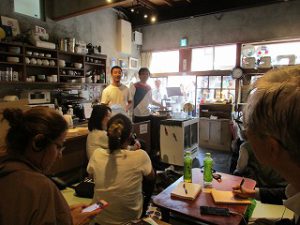 The tour visited Hareza Ikebukuro, a symbol of Toshima as a City of International Art and Culture which will have its grand opening in July 2020. After receiving an explanation of the facilities, the tour saw the interior of the Tokyo Tatemono Brillia Hall, which will be opening first in November 2019. 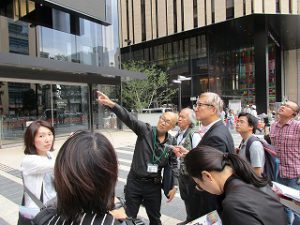 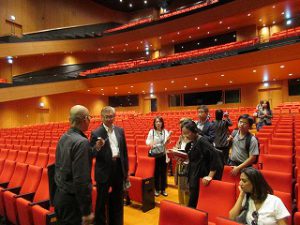 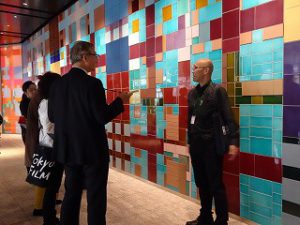 The tour visited the Shiinamachi Children’s Cafeteria, operated by the NPO Toshima Children Wakuwaku Network. The journalists heard from Wakuwaku’s secretary general, Ms. Keiko Amano, about the four children’s cafeterias Wakuwaku operates in Toshima City, and saw the cafeteria which had many users. The journalists individually interviewed some of the children and adults using the cafeteria, and afterwards commented that it was a valuable opportunity to hear directly from local residents. 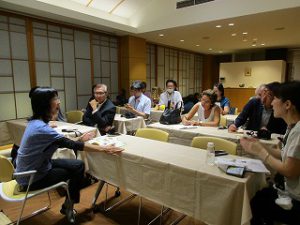 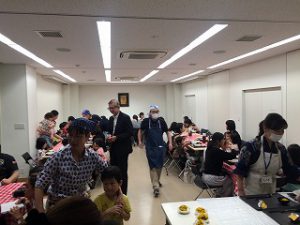 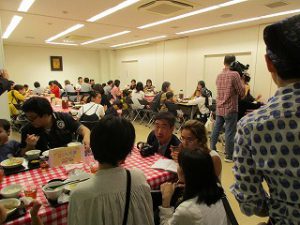 November 23 "Putting women at the centre of urban planning"