On March 28, 2018, Japan’s first female astronaut, Dr. Chiaki Mukai, guided participants on a tour around the Tokyo University of Science Space Colony Research Center, which she is Director of. The tour learned about the frontline of technological development that could be used for long-term habitation in space.

The goal of the Space Colony Research Center is to further improve technology in areas the TUS already excels at, making technology viable in space and creating a virtuous cycle of technological innovation applicable on Earth as well.

Eight correspondents participated in the tour, from media outlets in France, Indonesia, Singapore, Spain, Taiwan, and the US. 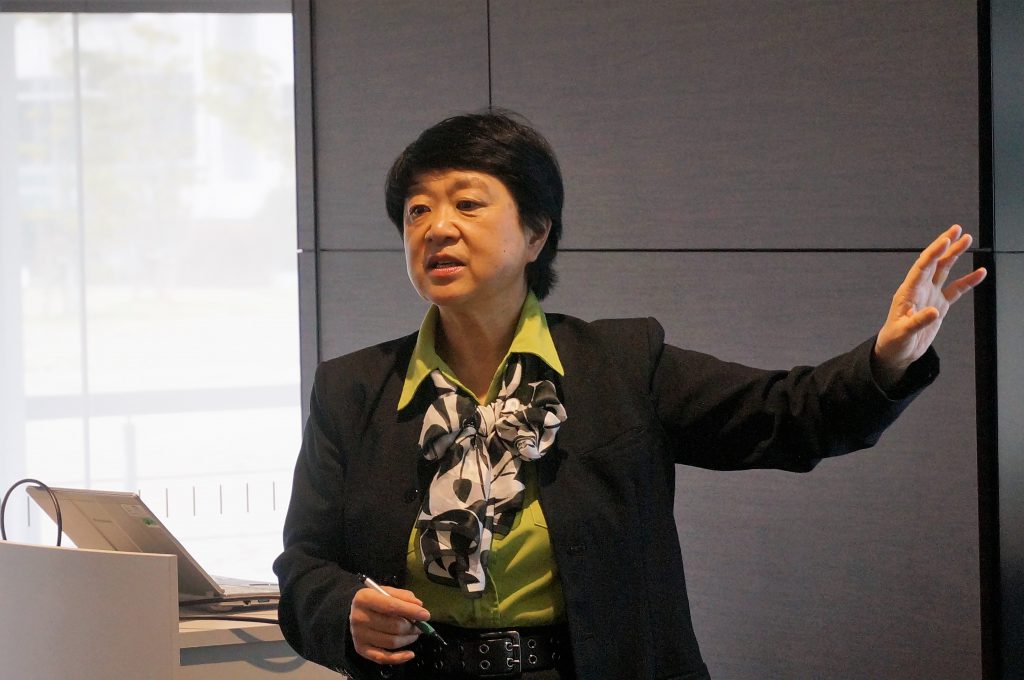 Director Chiaki Mukai explained the vision for the Space Colony Research Center, and the research being carried out there.

The journalists asked questions about the reasons for building space colonies and when they could be expected to be built, as well as asking about Dr. Mukai’s experiences in space. 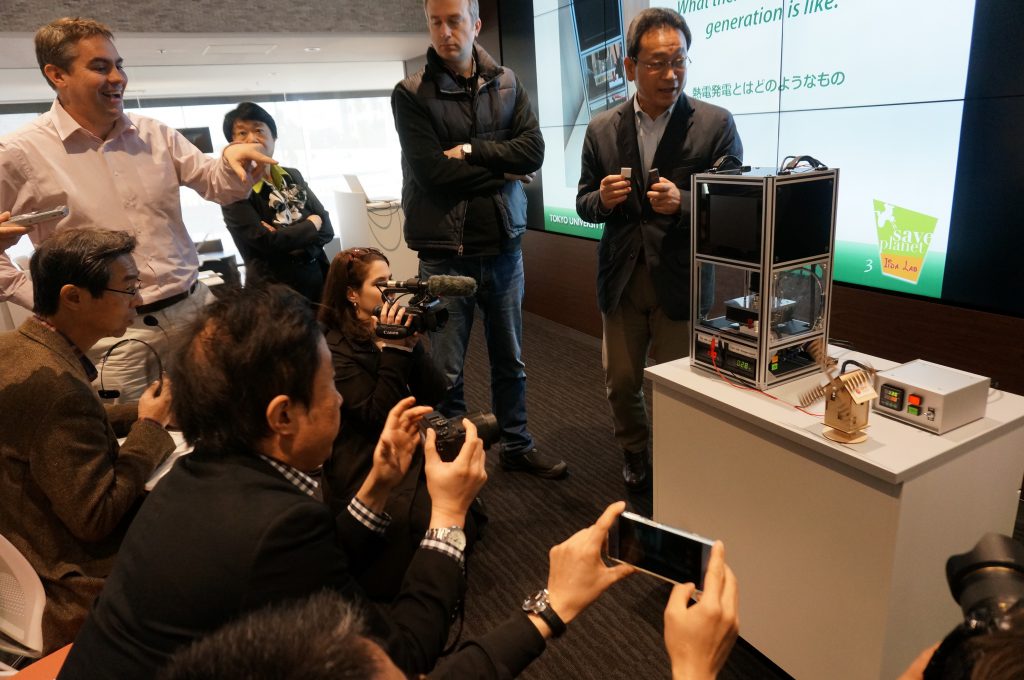 There are hopes that thermoelectric generation may be used to generate electricity even at night, using the temperature differential between the interior and exterior of the space colony. 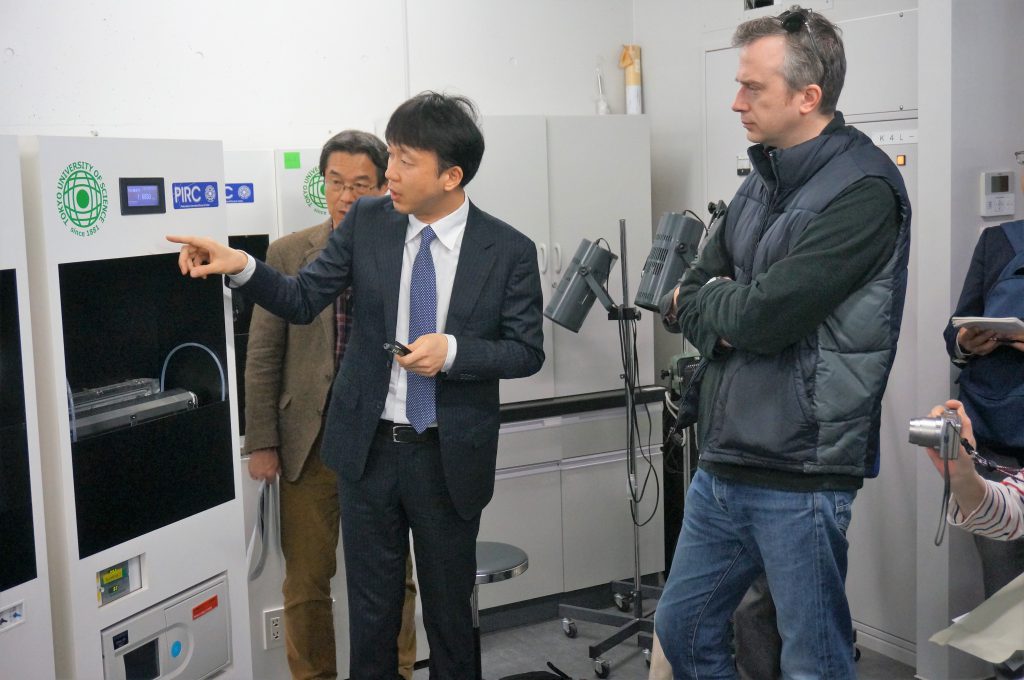 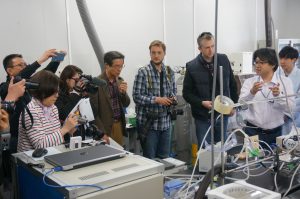 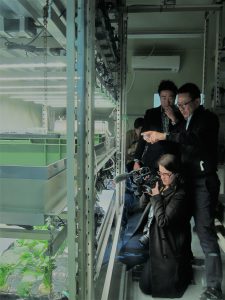 Another key area of research at the Space Colony Research Center is developing technology to enable self-sufficiency for food. The photos show Associate Professor Chiaki Terashima producing a liquid fertilizer used for hydroponic cultivation of vegetables, and the journalists taking photos of turnips and potatoes being cultivated. 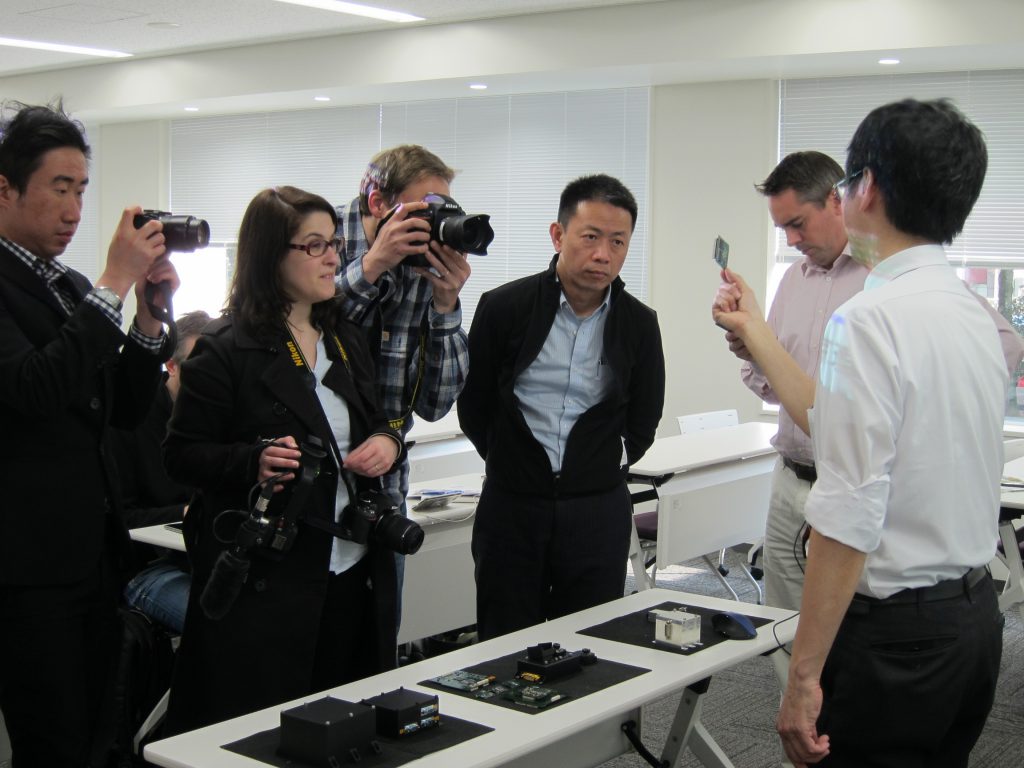 These components are planned to be installed on satellites used to retrieve space debris. 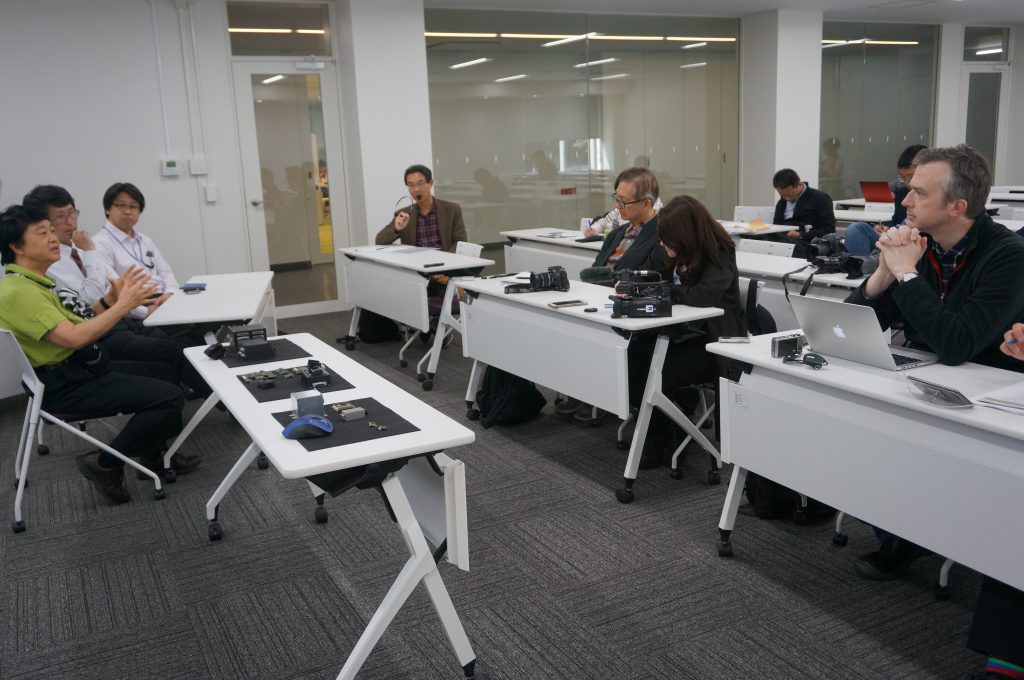 Journalists asked questions such as what Japan’s strengths were in space development, considering various companies around the world have begun entering the field.