The Foreign Press Center/Japan arranged interviews for journalists of the Global Times, a daily Chinese tabloid published under the People's Daily newspaper, focusing on international issues. Established in 1993, the Global Times is producing worldwide news in English as well as in Chinese.

In order to cover the efforts for environmental protection in Japan, the journalists of the Global Times visited Kawasaki City with its history of overcoming pollution problems.
The journalists first toured the Ukishima Incineration Plant which uses a high-performance waste disposal system to decrease environmental pollution.
Then the journalists moved to the Kawasaki Enviromental Reseach Institute, where they had a video briefing on the state of Kawasaki City in the 1970s, a time when the pollution problem was very serious. The journalists also conducted interviews on such subjects as the current antipollution measures in Kawasaki City, disclosure of information to the citizens, and the observational method for PM2.5.

The journalists also visited the Fujiko・F・Fujio Museum and the National Institute for Defense Studies (NIDS) to cover a wide range of subjects of Japan.

The article based on this visit will be published in both the Chinese and English editions. 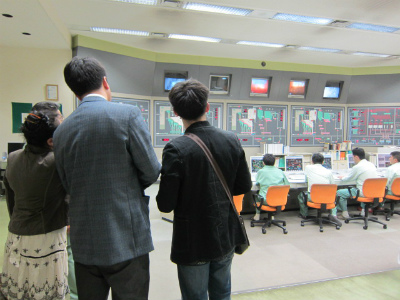 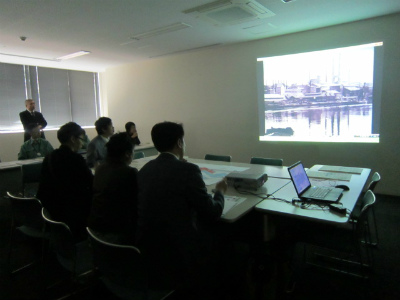 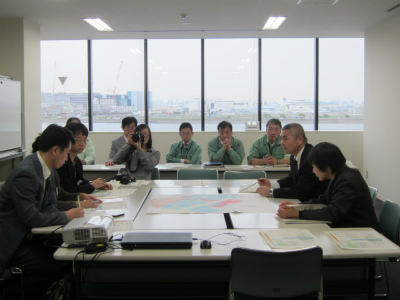