The FPCJ held a press tour to Ibaraki, ahead of the G20 Ministerial Meeting on Trade and the Digital Economy to be held in Tsukuba, Ibaraki in June 2019. A total of ten journalists joined the tour, from China, Denmark, South Korea, and Vietnam, which covered the appeal of Ibaraki, a new gateway to the Greater Tokyo Area and a prefecture with one of the largest manufacturing industries in Japan.

*This press tour was sponsored by the Promotion Council for the G20 Ibaraki Tsukuba Ministers Meeting on Trade and Digital Economy, and planned and operated by the FPCJ. 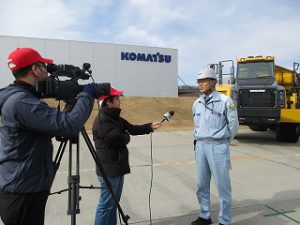 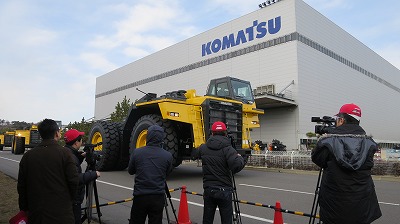 The Komatsu Ibaraki Plant is located next to the Port of Ibaraki’s Hitachinaka port district, with over 90% of the equipment produced there being for export. The tour visited the assembly plant, and also saw mining equipment being driven to the port for shipping. The journalists asked questions about Komatsu’s training system and the impact of the trade war between China and the US. 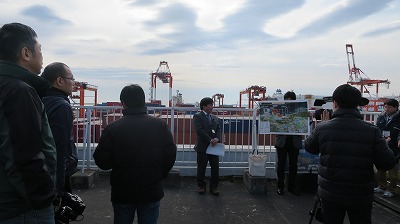 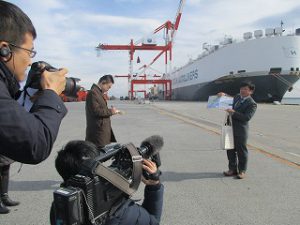 After an explanation of the importance of the Hitachinaka port district as a shipping center, the tour saw the stockyard where large construction equipment was waiting to be loaded onto ships. 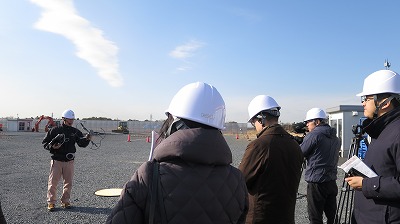 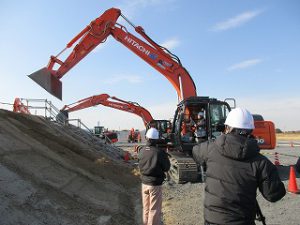 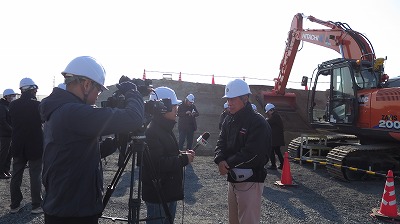 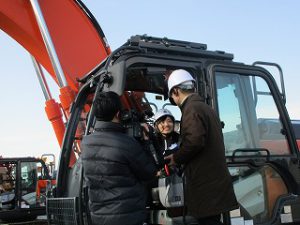 Here, the tour covered cutting-edge applications of ICT to construction, such as measurements being taken using drones and work being carried out by an ICT hydraulic excavator. The journalists were able to film a demonstration of the ICT excavator being used to carry out work that would be difficult for anyone but a veteran without ICT support, with the excavator operated by a woman working as office staff for Hitachi Construction machinery who had not used an excavator in eight years. Having seen how ICT can be used to help cover for the labor shortage facing the construction industry, the journalists asked questions such as, “Will you be moving towards completely automated construction equipment in the future?” 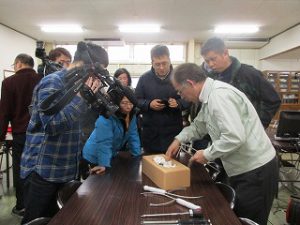 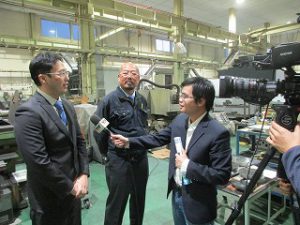 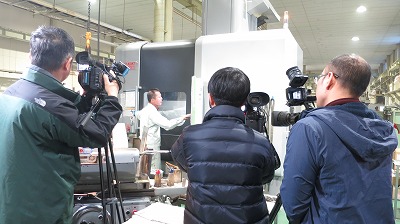 GLIT was formed by 10 local businesses which had been subcontractors for Hitachi, Ltd., and now continue to create unique products. GLIT President Toru Matsuki stated, “Running a business was difficult when only dealing with Hitachi. We wanted to find more customers and do a variety of work.” The journalists from South Korea and China mentioned that GLIT’s concept could be helpful in their countries, which are facing the problem of deindustrialization, and asked questions about carrying out projects, differences in technical capabilities with large manufacturers, and dealing with labor shortages. 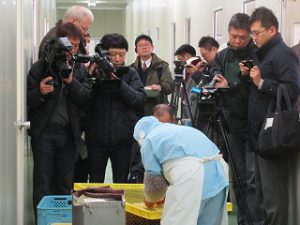 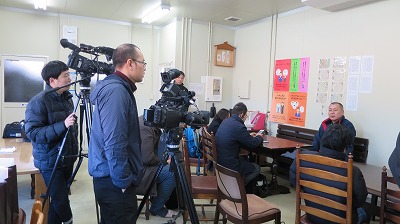 The tour visited a processing plant for hoshi-imo (dried potato), a local specialty of Ibaraki (Ibaraki has 90% of the national market share). President Katsuhiro Terunuma explained that a World Hoshi-imo Contest would be held in Ibaraki in 2020, following the previous contest in 2016, and said, “With interest in healthy living increasing globally, hoshi-imo will likely increase in popularity around the world as a nutritious, natural food product.” The journalists asked questions about the impact of the increasing age of agricultural workers on hoshi-imo production, and why Ibaraki is the number one producer of hoshi-imo in Japan. 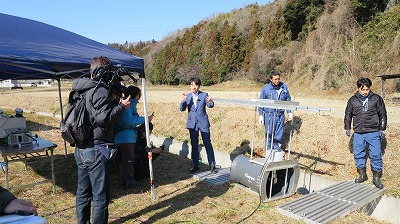 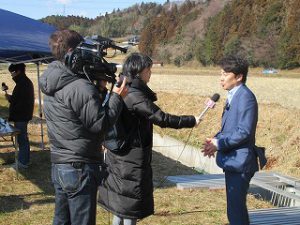 The tour saw a demonstration of Ibasei’s lightweight water turbine generator Cappa, which is light enough for two adults to be able to carry it, and can be used simply by placing it in a stream or waterway. Explaining why the Cappa was developed, the company’s president, Dr. Norio Kikuchi, said, “This company built motors for Hitachi products for 70 years. Using those techniques, we wanted to make our own products and expand overseas, while solving social issues.” He then spoke about the company’s project to provide electricity in areas of Nepal that are currently without power. The journalists asked questions such as, “How deep and how fast does the water have to be to generate power,” and, “Were you scared about becoming independent from Hitachi?” 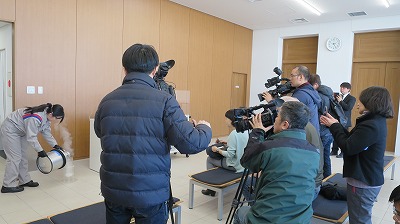 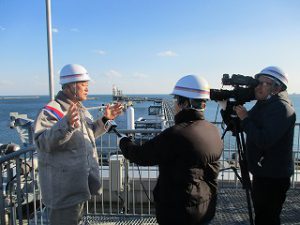 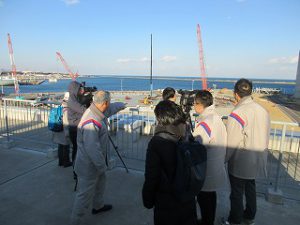 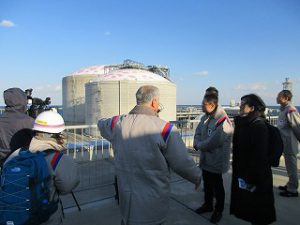 After receiving an overview of the terminal, the journalists saw experiments demonstrating liquid natural gas’s cleanliness, safety, and coldness. Despite strong winds, the tour then saw the large pier for ships transporting LNG and one of the largest aboveground LNG storage tanks in the world. The journalists asked questions about the amount the LNG tank could supply, and the goal of Tokyo Gas’s plan to create a gas pipeline loop in the Greater Tokyo Area.