The Atlantic is a news magazine with a long history, established in 1857 in Boston. Mr. Mahanta mainly writes about foreign news on the website, and also edits articles.

Mr. Mahanta covered topics including U.S.-Japan relations under the Trump administration and the threat of North Korea, and increasing Japan's defensive capabilities. He spoke with a former cabinet member, defense experts, and officials from the Ministry of Foreign Affairs and Ministry of Defense, and learned increasing Japan’s defensive capabilities is much more complicated than it seems. 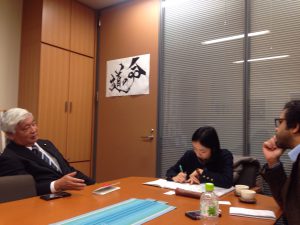 In Okinawa, he visited the Peace Memorial Museum and the area around a U.S. military base, where he learned about Okinawa's history and current situation. He also learned about the defense system of Japan’s southwestern area at the Japan Air Self-Defense Force Naha Air Base. 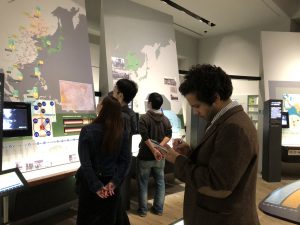 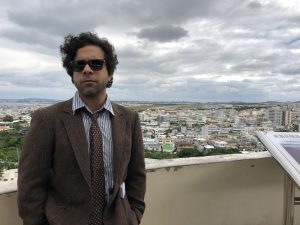 *Articles written based on this fellowship will be posted on The Atlantic at a later date.