As part of the 2016-2017 FPCJ Fellowship Program, Editorial Writer Stephen Stromberg of The Washington Post in the USA visited Japan from November 13 to 23. 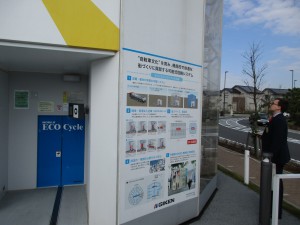 The Washington Post was founded in 1877. It is one of America’s leading daily newspapers, and can influence decisions made by the government. Mr. Stromberg is an editorial writer at the paper, where he covers the White House and Congress, as well as topics such as energy and the environment.

This was his first visit to Japan, and he covered the topics of nuclear power and energy policy in Japan in Tokyo, Kanagawa, and Aichi.

Interested in the position of nuclear power and the best mix for energy in Japan’s energy policy, as well as the adoption of renewable energy, Mr. Stromberg visited the Ministry of Economy, Trade and Industry’s Agency for Natural Resources and Energy. He spoke with the Minister of the Environment, as well as Diet members, power company representatives, and various experts.

He also visited a smart town, where cutting-edge environmental technology from around Japan has been gathered, and an automobile manufacturer building hydrogen fuel cell vehicles. 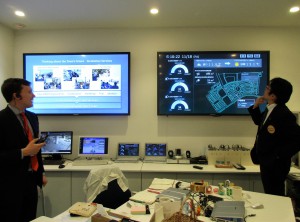 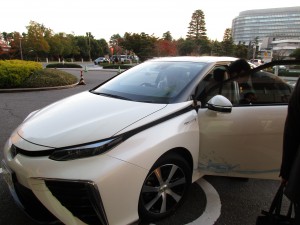 Mr. Stromberg also covered the topics of Japanese economic reforms and the TPP in relation to the USA’s focus on Asia. He spoke to a Special Adviser to the Cabinet, a representative of the Japan Business Federation (Keidanren), and economists about Japanese opinions on and the future of the Japanese economy in light of president-elect Trump’s statement that he would withdraw from the TPP.