The Ministry of Foreign Affairs hosted the “International Journalists Symposium 2012” on March 23 in Tokyo. Commissioned by MOFA, FPCJ coordinated not only the symposium but also a “Japan Inspection Program” for seven foreign journalists invited from overseas as panelists.

With “Japan's Efforts to Recover from the Great East Japan Earthquake” as the main theme, the seven journalists from China, Germany, India, Indonesia, the R.O.K., Qatar and the U.K. covered the following two topics in Iwate, Fukushima, and Yamanashi Prefectures:

<Topic 1: Disaster areas: on the bold journey to recovery>
The participants visited Iwate Prefecture’s Rikuzentakata City, devastated by the March 11th disaster, and covered its current recovery status and future visions for restoration through interviews with the mayor Mr. Futoshi Toba, a local businessperson and others. They also visited the Tokai Shimpo, a local newspaper in the neighboring Ofunato City, to exchange views with the head of the editorial bureau on disaster-related roles of the media, one of the topics of the Journalists Symposium 2012.

In Fukushima Prefecture, the journalists visited the Fukushima City Radiation Monitoring Center to look at the local municipality’s endeavors to ease people’s worries and prevent damage arising from harmful rumors. They also visited a local company, which, despite the quadruple handicap of the earthquake, tsunami, the Fukushima Nuclear Power Plant accident and the resultant harmful rumors about Japanese product safety, has drawn global attention for its state-of-the-art energy conservation technology. 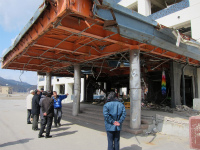 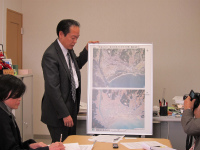 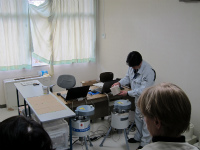 <Topic 2: The safety and appeal of Japanese foods, products and tourist areas>
The participants visited Iwate Prefecture’s Hiraizumi, registered as a UNESCO World Cultural Heritage Site soon after the disaster, as well as Japan’s symbolic Mt. Fuji, which is currently involved in application for the same World Cultural Heritage designation, in order to gain information on efforts to promote the appeal and safety of those sites and to dispel harmful rumors about those areas.

In Yamanashi Prefecture, they also visited a “vegetable plant factory,” which is an accumulation of Japan’s state-of-the-art technology, as well as a winery aiming for expansion of “100% Japan-originated wine” into the global market. The foreign journalists gathered information on the appeal of “Japan Brand” backed by Japanese cutting-edge technology and strict safety standards. 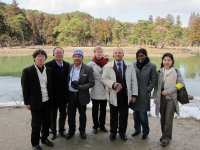 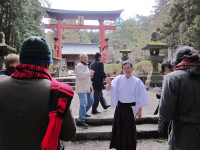 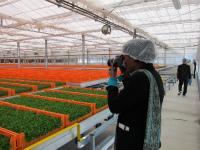 The participants were also given briefings on Japan's efforts for recovery by government officials, and also interviewed Parliamentary Senior Vice-Minister for Foreign Affairs Mr. Ryuji Yamane.

In this program, the foreign journalists gathered information from various aspects on Japan’s bold steps to recovery and the safety and appeal of Japan. Before leaving Japan, they left us comments, for example, “This report tour is well-organized, enlightening, giving us in-depth understanding of how the Japanese society is working to deal with the reconstruction challenges.” It is expected that their upcoming reporting will lead to dispelling harmful rumors against Japan and recovering and reinforcing “Japan Brand” in the world.