On an invitation program by the Sasakawa Peace Foundation (Sasakawa Pacific Island Nations Fund) held from May 17 to 26 to coincide with the 7th Pacific Islands Leaders Meeting (PALM7), 5 journalists from Pacific island countries visited Japan. The FPCJ planned and operated this program under commission from the Sasakawa Peace Foundation. The goal of the program was to promote mutual understanding between Japan and Pacific island nations.

The five journalists invited were from Fiji, Samoa, Papua New Guinea, Tonga, and Palau. In addition to covering PALM7, which was held in Iwaki, Fukushima from May 22 to 23, they also covered related events in Tokyo such as a tea party held at the Imperial Palace for leaders participating in the summit, and the joint opening ceremony for the PALM Trade and Investment Promotion Forum and Pacific Festa 2015. They also met with representatives of Japanese media from Nippon.com and Sankei Shimbun, and visited the National Diet Building and Tokyo Sky Tree. 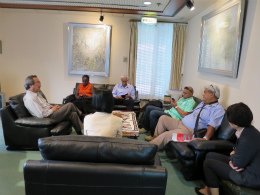 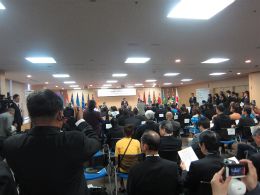 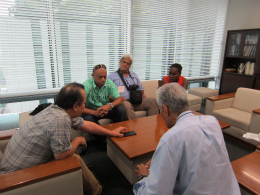