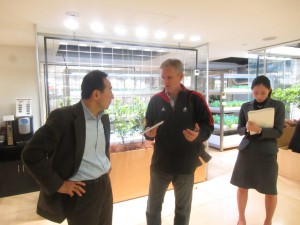 Mr. Rick Westhead, foreign affairs writer of the Toronto Star of Canada, visited Japan from January 20 to 27 under the FPCJ Fellowship Program.

The Toronto Star is the largest daily newspaper of Canada in terms of its circulation numbers. As a foreign affairs writer, he widely covers the world. This was his second visit to Japan. His first visit was soon after the Great East Japan Earthquake to cover the disaster in Tohoku. 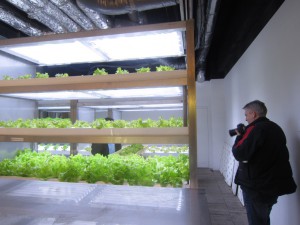 This time, his interest can be summarized into this question: “how can agriculture contribute to resolving serious issues world-wide, such as food shortages?” Following this question, he visited Tokyo, Kyoto and Sendai to cover progressive approaches of Japanese agriculture from various aspects.

The Toronto Star carried the following articles based on this coverage: